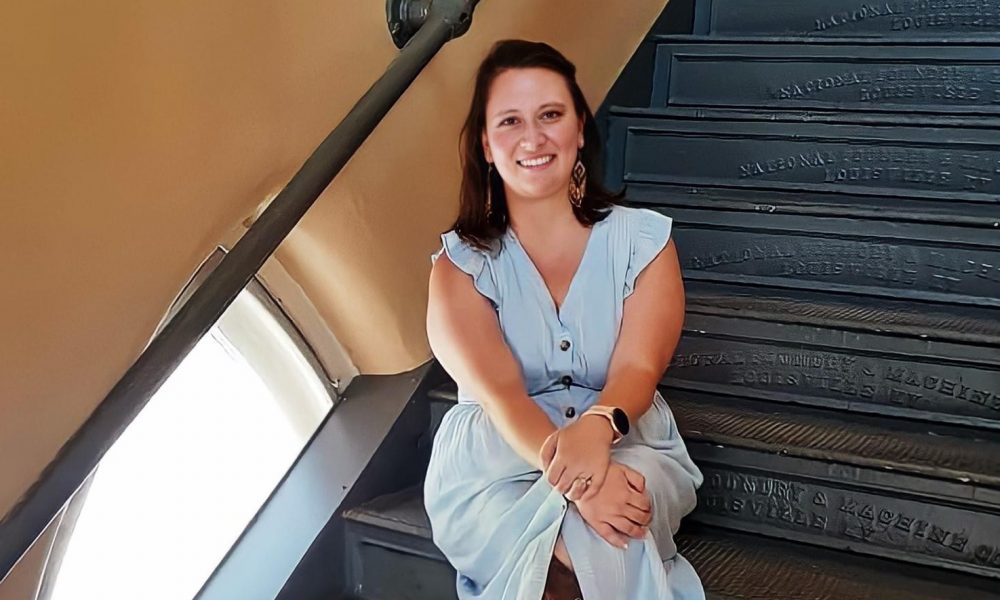 Today we’d like to introduce you to Hope Chinchak.

Hi Hope, thanks for sharing your story with us. To start, maybe you can tell our readers some of your backstory.
I was married at 18, had two babies and divorced before 24 but, during those years so much happened that ultimately led me to the decision to leave my then husband. Our daughter was merely weeks old when I realized she, myself and my son were worthy of so much more than we were being given. We deserved respect, truth, safety, all those basic things that disappeared before they were even born but, I failed to see it. During those years, I completely lost the woman I was, wanted to be and all I believed in. So there I was in 2010, a single mother of two very young children with little more than a high school education, no where to live and no job. What was I supposed to do? When my baby girl was just seven weeks old, I placed her in daycare and managed to snap up a job working for an insurance broker. And until 2014, it was us, The 3 Musketeers. I had switched jobs in 2013 and began working in the customer service department of a Florida chain furniture store. Part of my duties were to assist local store salespersons, and that is how I met Joe. He worked as a store manager in the Tampa area. I frequently spoke with him on the phone to help him solve issues our customers were experiencing. I hadn’t noticed until a co-worker mentioned that every time he called in, he asked for me. Soon I started receiving beautiful bouquets of flowers from a secret admirer, and eventually he asked me out on a date. I said no. I needed to keep focused. Being a single Mom is hard. Everyday was harder than the next and the routine was never ending: Wake up, breakfast, school/daycare/work, pick up, homework, eat, bath, bed and repeat. There was no time for anything else. But eventually, I did say yes and did not anticipate a second date. He drove all the way from Tampa to take me to dinner and then drove all the way home. How could I deny how sweet that was? But he wouldn’t want to keep doing that, for sure. Only he did. He stayed persistent. I’d say no and he would ask me again in a week.

Finally, I agreed to a second date, and then a third and so on. I introduced him to my children on Easter weekend. He drove up and brought us all Easter baskets, filled with our favorite things, including a book store gift card for me, and then we made it official and six months later, he proposed after asking both my kids and my Dad for permission. I said yes and we planned a long engagement for November 2015. <Flashback to a dream in 2006 – I was pregnant with my son at this time. I dreamed I was running through a field and a little boy was running toward me. We never ever made it into each other’s arms though…so close yet, so far away. This little boy was wearing a blue turtle neck sweater, had light brown hair, big blue eyes and a crooked smile. I always figured I was dreaming about my son. I had this dream a few times but, when my son was born and as a toddler, he never looked like this little boy. What did it mean?> Fast forward to February 2015, I was following a girlfriend on social media and all her updates about adopting a child from Russia. Her world sank when Russia abruptly closed its doors to international adoption to the United States. She had no idea what to do (ultimately they went to Ukraine and adopted a sweet little boy). I decided to look at the website for the advocacy group she was going through, Reece’s Rainbow. Clicking through photos, it really made my heart hurt for these children. They have no home, no parents, no siblings. Around the 4th click in, I saw a photo of a little boy. He was wearing a light blue turtle neck sweater, had light brown hair, the biggest and bluest eyes I’d ever seen and a sweet, crooked smile. Now it could be easy for anyone to think it was only coincidence but, I don’t argue with the voice of GOD, and in that moment, I have never been so sure that I’ve heard the Lord speak to me. It was only one word but I heard it; “GO”. The voice said to go. Simple, short and direct. Call me crazy; but I told Joe about him and how I felt so very sure we were supposed to be this boy’s parents. It took a month of convincing but, eventually, he said we could move forward. “What do we have to do first”, was all he asked. So less than two months later, we said “I do” at our favorite spot at New Smyrna Beach.

On January 14, 2016, in a small corner on the other side of the world, and tucked behind a large set of blue gates, I met a beautiful, petite little boy named Pasha. He didn’t speak. I don’t think he really understood either but, I choose to believe it was love at first sight for both of us. It would take several more weeks to come home but eventually, we did, and our forever began. Joe and I also wanted to have a home grown child but, nothing ever happened. We were in love with our family but knew we wanted one more child. We had the love to multiply and share so, at Christmas 2016 we decided to make the journey back to Ukraine one last time. Pasha had become one of the biggest loves of my life and I had found a voice of advocacy for adoption of children with disabilities. Becoming a Mother to a child with a disability was new and I was honestly winging it but, there was one thing I knew for sure… children belong in families with people who will love them and protect them, not hide them away. In August 2017, again I flew far, far away to meet a sweet little man named Bodie, who could call me “Momma”. I’d never seen anyone so sweet. During his process, I had decided to go back and forth home rather then stay in Ukraine for an extended time, in between court dates and so forth. It was on that second trip that we discovered a home grown baby was well on the way. Wow! The Lord has quite the sense of humor! Here we were, content and happy with four beautiful children, and suddenly we are a family of five. After the shock wore off, our house was a happy home, and in April 2018 our littlest Ladybug made her debut. None of this is meant to sound like we are happy all of the time because that is not even close. WE have plenty of down days but man, when we are happy, we are HAPPY! Since becoming a family, we have had dates with counselors, received diagnosis we never saw coming, started a business, lost relationships and created new ones and yet, something was nagging at me. There was something I knew we needed to do. We’d been thrown into the depths of what can be a black hole in special needs parenting.

At times, it can feel lonely, overwhelming and worrisome. So many friends from my special needs and adoption community worried about their children. What was going to happen to their children after they died? Who would take care of them? It was one night in 2019 that I felt particularly grateful for the wild and crazy our family had become. I think we were watching a movie together, the seven of us. I watched as my son’s sat huddled together and my girls sat next to me, cuddled under a blanket. I did not feel that same worry. In that moment, I knew our sons had three perfect people looking out for them. Things can always change but, there are three people who would go to the ends of the Earth for their brother’s, just like I did. I had to ask myself though, “what can we do for these families?” It is so unfair that a family like mine, made of love and tears, can not live free of worry; live day to day in joy. We knew there was something else we could do, and after much prayer and discussion, Our City Beautiful (OCB), the nonprofit we founded, was born. Oftentimes, people with disabilities are capABLE of so much more than society is willing to allow. Every individual is differently able, label or no label, why not support a precious population that is severely under-served so they can be dignified citizens of their own community? That is the goal of Our City Beautiful, to support, encourage, and provide opportunity for individuals with disabilities. Since being founded in 2019, OCB has implemented programs that support individuals (a higher learning scholarship) and their families (a supper club) and have events/workshops throughout the year that bring awareness to different disabilities.

The main mission of OCB is HOLLAND, a subdivision of tiny homes designed for adults who wish to live independently in a supported environment. Whether it is their forever home or a stepping stone into an all-inclusive community, I want to support the decisions of families who are doing their best to care for their loved ones with disabilities. It is a mighty mission but one I fully believe in. Without my first husband, I wouldn’t have my children. Without deciding there was more out there and leaving a toxic relationship, Joe wouldn’t have found me. And without Joe, I wouldn’t have all of my children, and without them, I may not have ever known how much I want to serve such a precious community. I would not understand the up and down’s families experience or the hardships but also not the utmost joy that can be found in those times. I am forever grateful for all that we have accomplished, experienced and lost because without all that, I wouldn’t understand how much we have grown. So, I may not know where my story begins but, I’m forever happy with the ending. You can learn more about the mission, programs and how you can support Our City Beautiful on our social media and website.

Alright, so let’s dig a little deeper into the story – has it been an easy path overall and if not, what were the challenges you’ve had to overcome?
Our road has been cracked, filled with potholes and a never-ending, winding one. In the past six years, we have welcomed three children, been diagnosed with illness never expected, and survived on one income. I think that qualifies any family as a SUPER family!

Thanks for sharing that. So, maybe next you can tell us a bit more about your work?
I don’t think I specialize in anything but, I do think I’m passionate about the things and people I love. I have made a small career advocating for important causes: Adoption and Disabilities being the two main things. I hope I can show my children that having a servant’s heart is a wonderful trait. Raising compassionate and empathetic children is my goal.

What do you like best about our city? What do you like least?
Sanford is on the rise! When we achieve our mission of building HOLLAND, we are going to bring a great group of people to this small city that will only further its diversity. 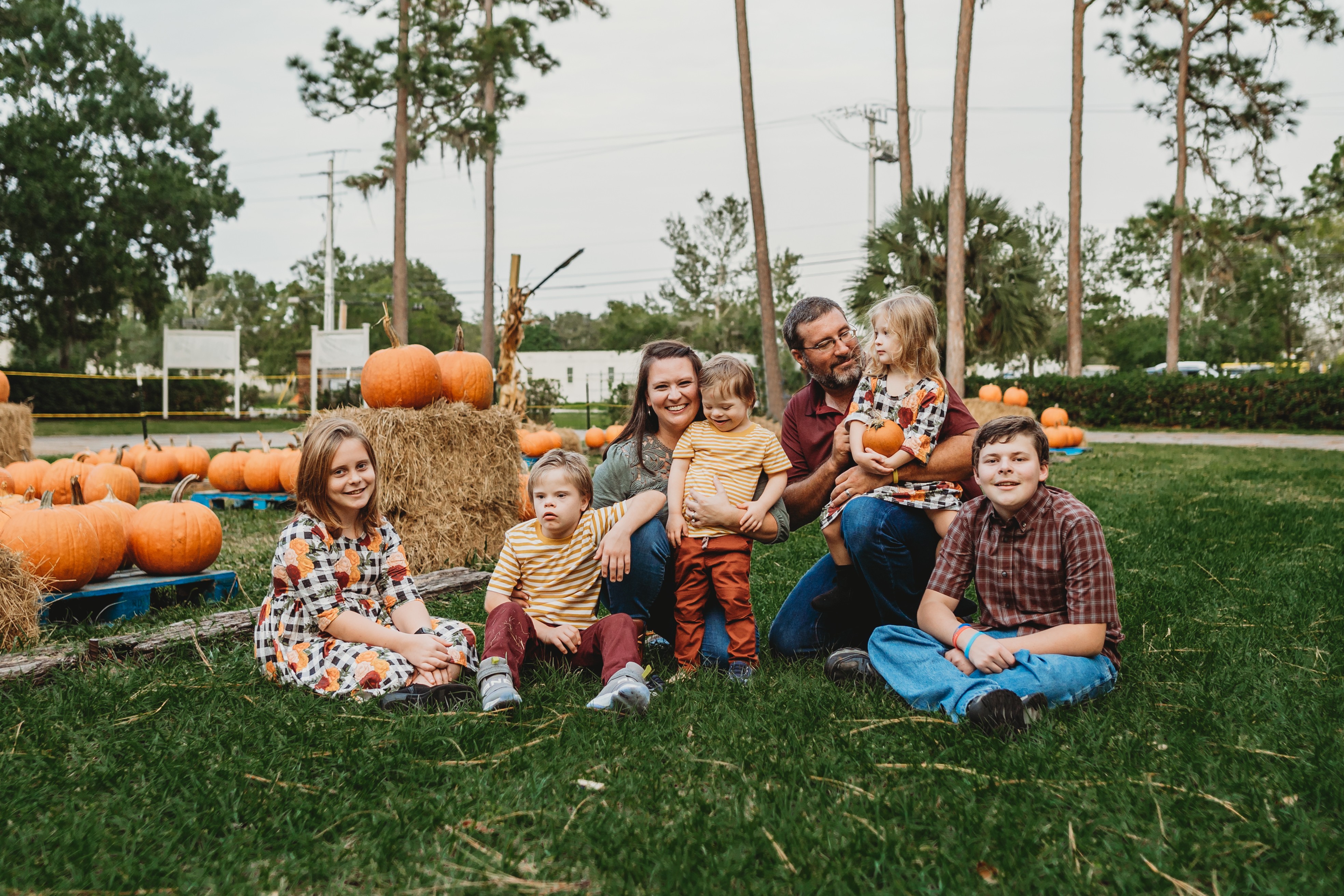 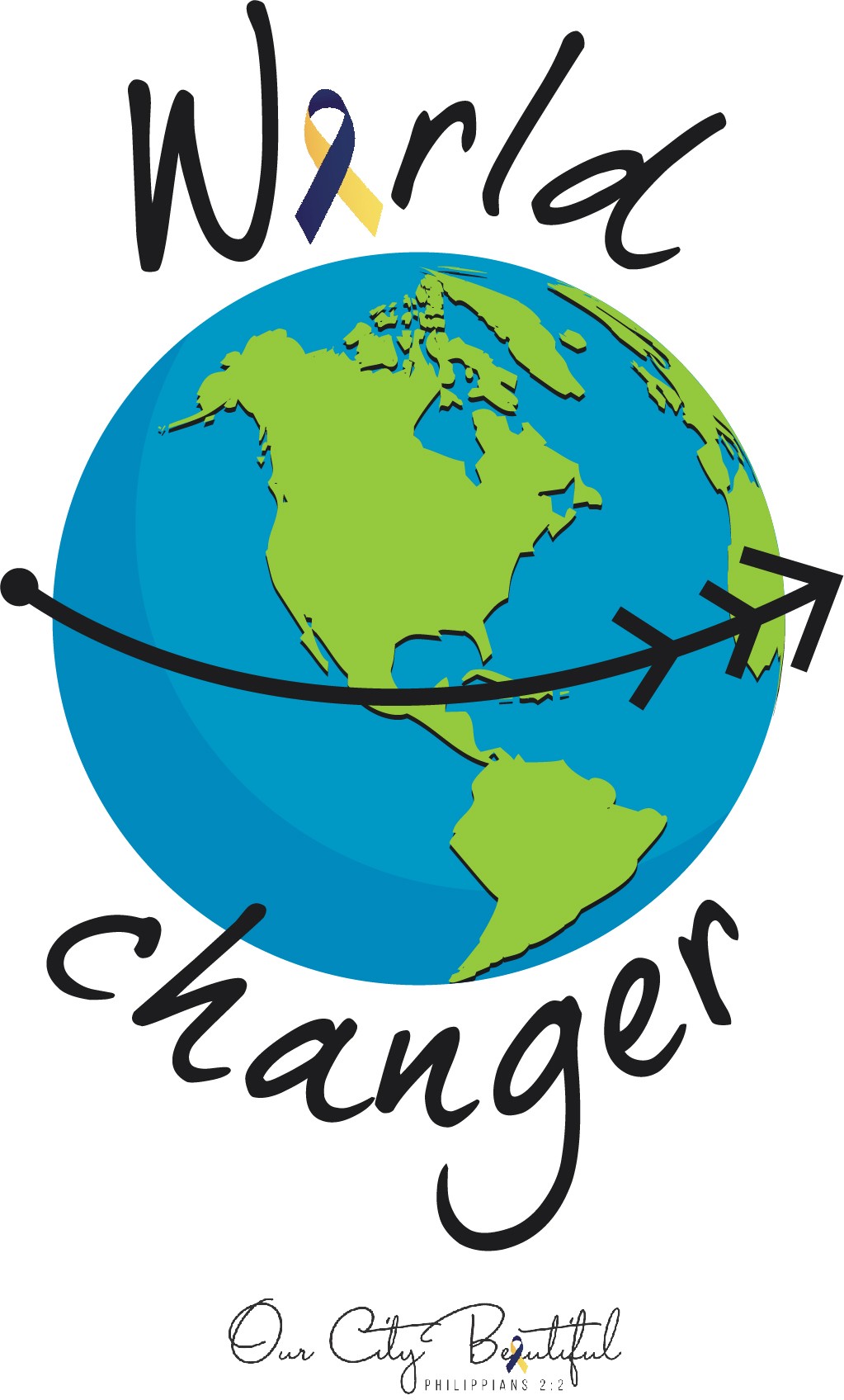 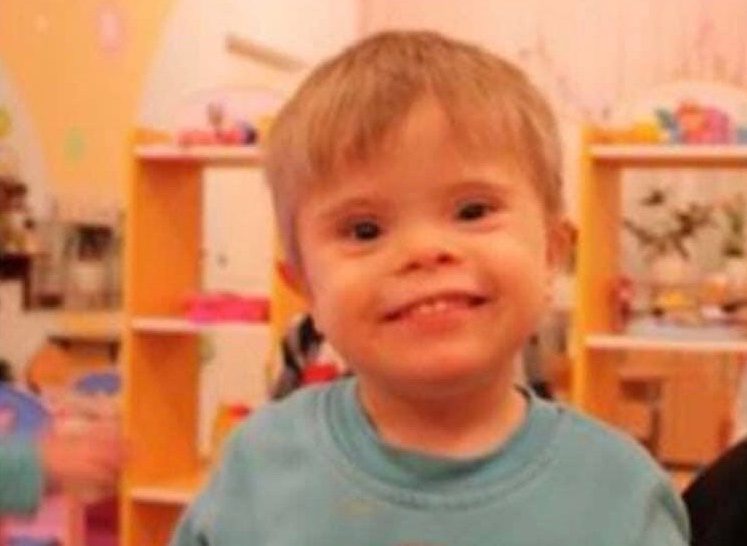