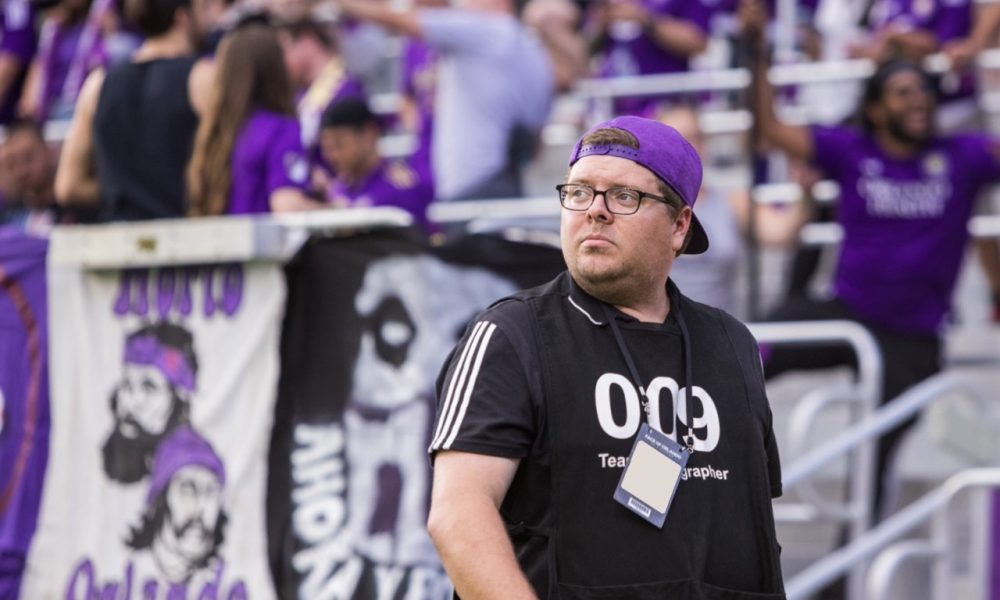 Today we’d like to introduce you to Jeremy Reper.

Hi Jeremy, we’re thrilled to have a chance to learn your story today. So, before we get into specifics, maybe you can briefly walk us through how you got to where you are today?
Quite simply. Photography has kept me close to sports in a way that I could have only dreamed about as a kid. Of course, my dreams were typically intertwined with golf victories at Augusta National and or a few trophies at the end of a long career on the PGA Tour. Like those before me, I had to realize that at some point, it just wasn’t in my future to don the Green Jacket or to play at the highest level. There wasn’t anything else that I had ever pursued with that dedication or passion, so when that was over, I would have to admit I was lost for a bit. All those hours and days and years and trips and what was it for? In 2008 I found myself working for a Golf Club manufacturer (RIFE Putters) and it was a way to keep myself close to the game and something I could see a future in. At the height of the recession and when it was hitting companies and families the hardest, it came for RIFE Putters. The world threw me into another “Where am I headed moment?” and that was right about the time Instagram was introduced to the iPhone.

It was the first time that I had a camera in my hand almost 100% of the time and could share some of what was going on in my life. I mean I had long been a fan of Sports Illustrated and had a ton of sports cards ranging across all sports so I always thought I had a good eye for what a good photo it took to get in the pages of my favorite magazine or on to my favorite cards. Flash forward a few months and I met a guy at my new job at a “Fruit Stand” who was a professional photographer and ran a very successful wedding and portrait business. For some reason, he took me under his wing and taught me everything he knew about photography. For a few years, I was his second photographer for countless weddings and shoots that he had and it was invaluable information for me to soak in and I just ran with it. It turns out that weddings although I was good at it… turned out were not for me and not in my future as a photographer. I loved sports and wanted to be as close as I could to the action.

I learned the hard way that you can’t just waltz on down to the floor of the Orlando Magic or get to the sidelines of the closest MLB or NFL game and just start taking pictures that end up in a magazine. But I was lucky and had enough determination to listen to some advice and run with it. The Orlando Weekly at the time was an independent weekly magazine which covered everything happening in Orlando, but I noticed that it didn’t cover any of the local sports teams. I didn’t think they would have the pull for NBA or some of the closer NFL teams but we just had a USL Soccer team arrive a year or so earlier in Orlando. The Orlando City Lions were killing it at the time and were posed to make the playoffs and potentially win the entire league and they might just let me and the Weekly in for coverage, and they did (lol). I fell in love with not only being on the sidelines and capturing the action but also the beautiful game of soccer (football).

Through relationships with a club in its infancy and my dedication to never missing a game and doing everything, I could do to promote it. I just became addicted to photography and the new journey I was on. I was able to tell stories and share something I loved with tens of thousands of Orlando natives. Over the years and I can’t stress this enough… I still can’t believe I have been covering the team now in the MLS for the last ten years here in Orlando and for the last 3-4 as an official photographer for the club. Its also resulted in covering USWNT and USMNT games when they are close by. It still feels like I have just started this journey and some of the events I have covered would be more than I could have ever imagined back when I first started. I’m not even close and I’m hungrier than ever to continue to tell the stories of our athletes and my friends here in Orlando.

Would you say it’s been a smooth road, and if not what are some of the biggest challenges you’ve faced along the way?
I think anything worth doing well, especially when it’s something you love and have a passion for, you are inevitably going to encounter some traveled roads and some uncharted ones and you can only hope you are prepared for both. Breaking into becoming a paid sports photographer brings a ton of competition and encounters with the old guard of photographers that have been doing this way longer than you have. No one is going to just let you have it, so you do have fight for your position sometimes literally, mentally and politically to get where you are headed. I wasn’t welcomed with open arms all the time and sometime, you just are not given any respect as a smaller outlet, especially when you are shooting with the wire photographers (AP, GETTY IMAGES, USATODAY). I remained patient and trusted my gut and learned by observation. Being determined and persistent worked out for me and I now have tried my best at welcoming new photographers on the sidelines because it really wasn’t that long ago where I was in that same position.

Thanks for sharing that. So, maybe next you can tell us a bit more about your work?
My specialty is sports photography, I’m probably best known for being one of the Team Photographers for Orlando City SC and the Orlando Pride (Professional Men and Women’s Soccer Clubs). I have a lot of moments where I smile and can’t believe I get to do what I do but the moments that I am most proud of? I don’t think I have one particular moment. I have been unbelievably blessed with a decent eye for what I do but I love the people that I have met a long the way. Scratch all that… Easily the best part of where I am is that it has brought me lifelong friendships.

Can you talk to us a bit about happiness and what makes you happy?
Well, 100% all the time is absolutely any time I am with my pup Renegade (Rennie), you just cannot smile or have a rough day when he is around. He’s taught me patience and selflessness like I have never imagined. Lol. And he is constantly ready to be my muse or model when I need him to be. Lol. I love photography but nothing comes close to my best friend. 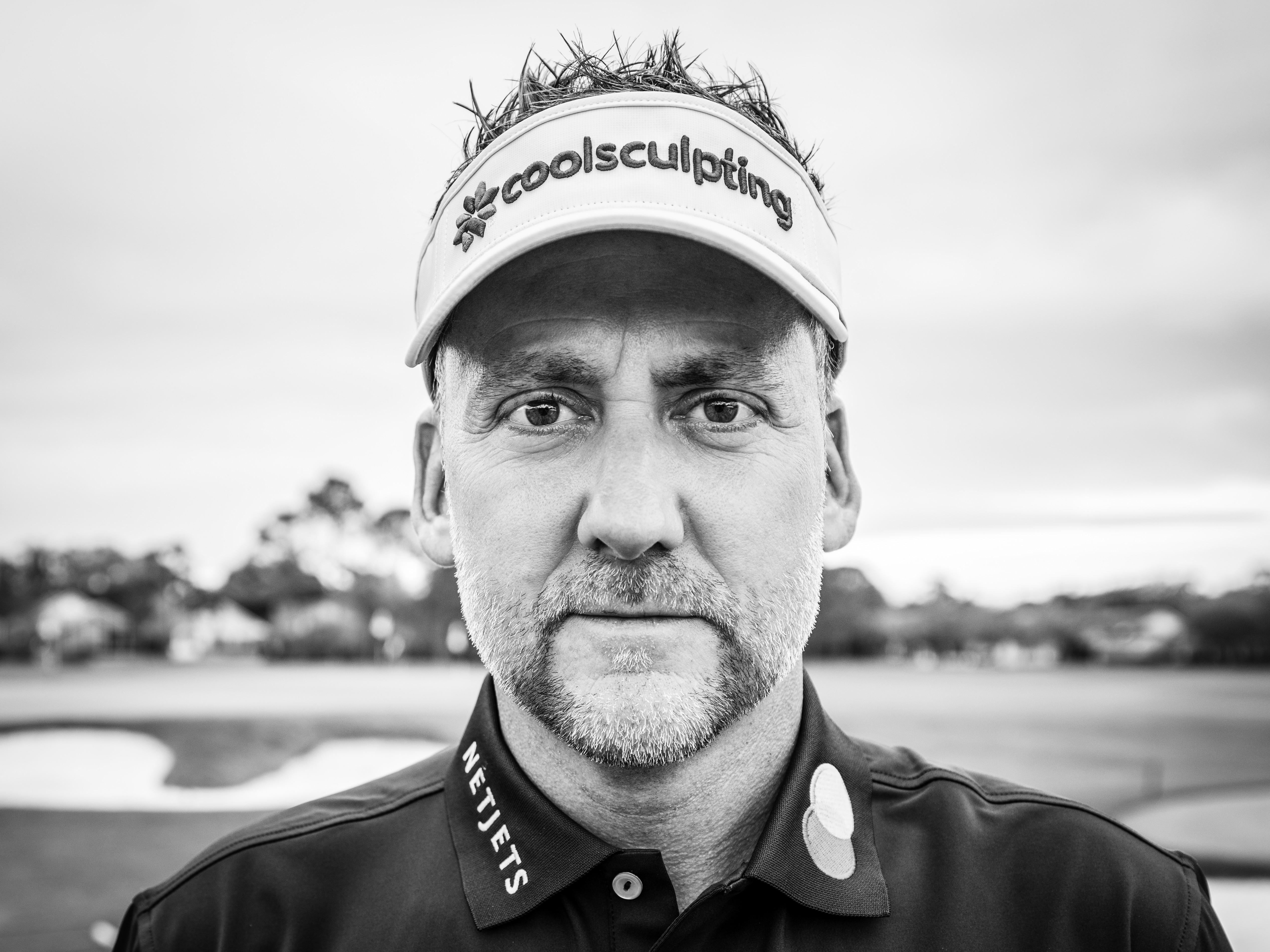 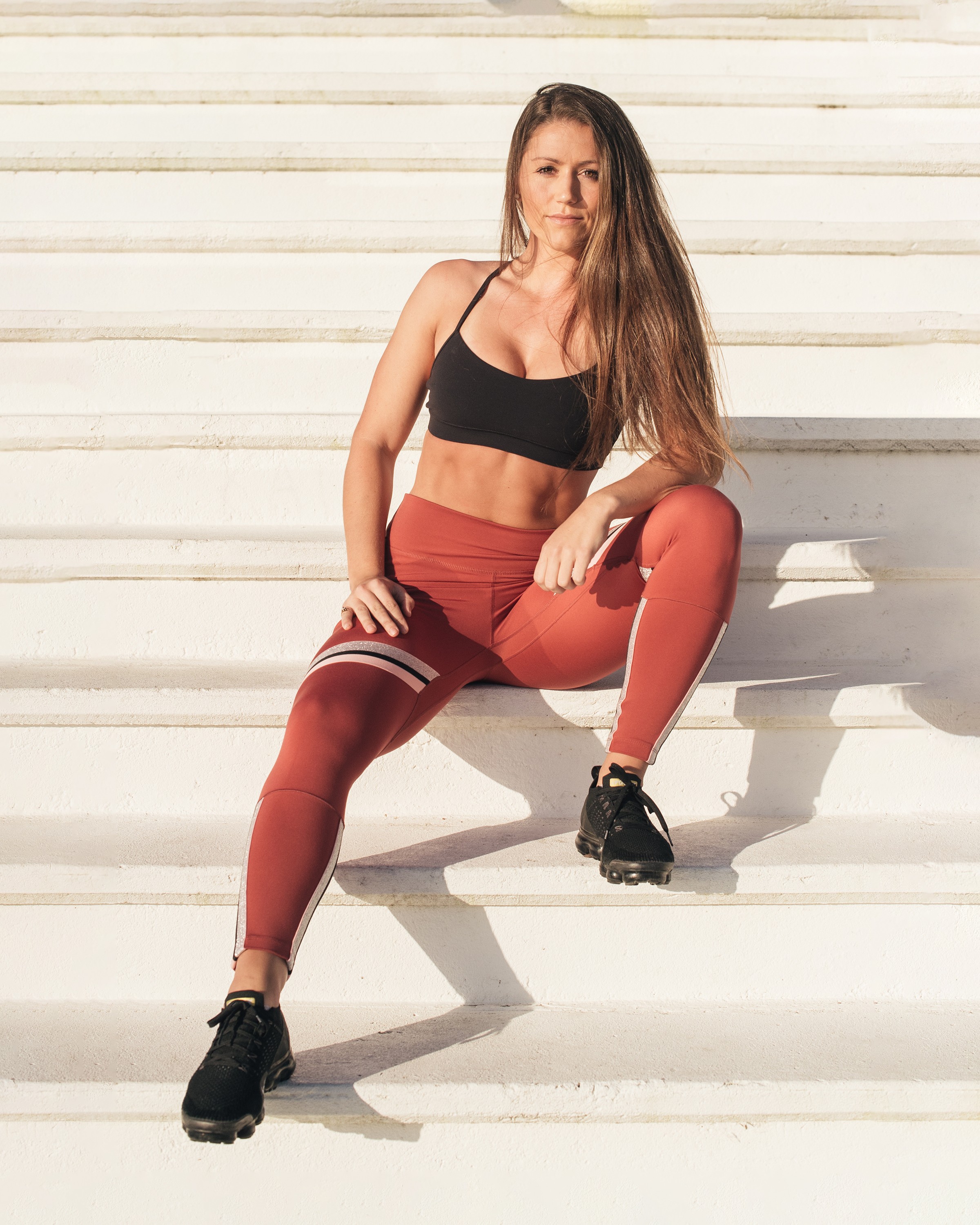 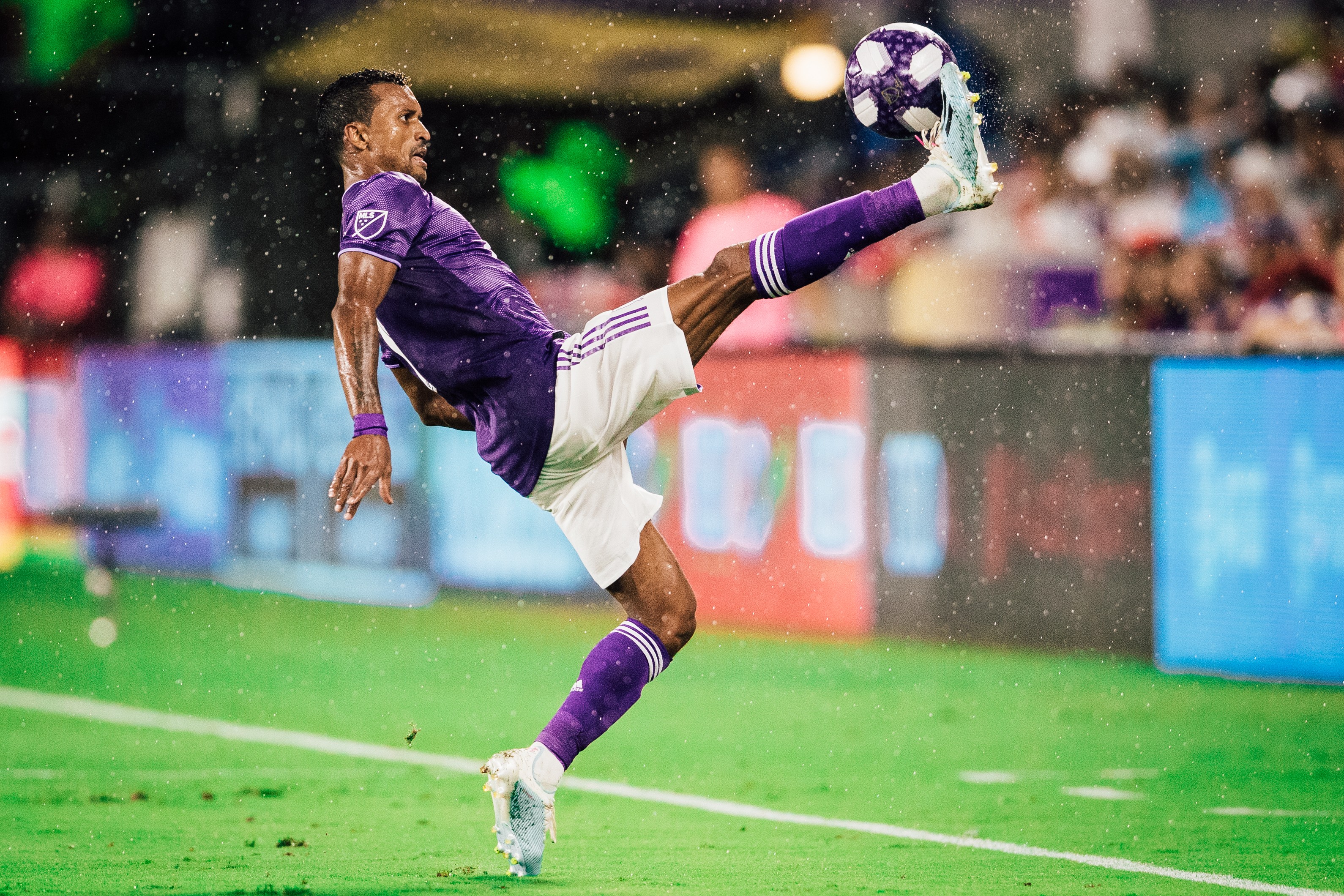 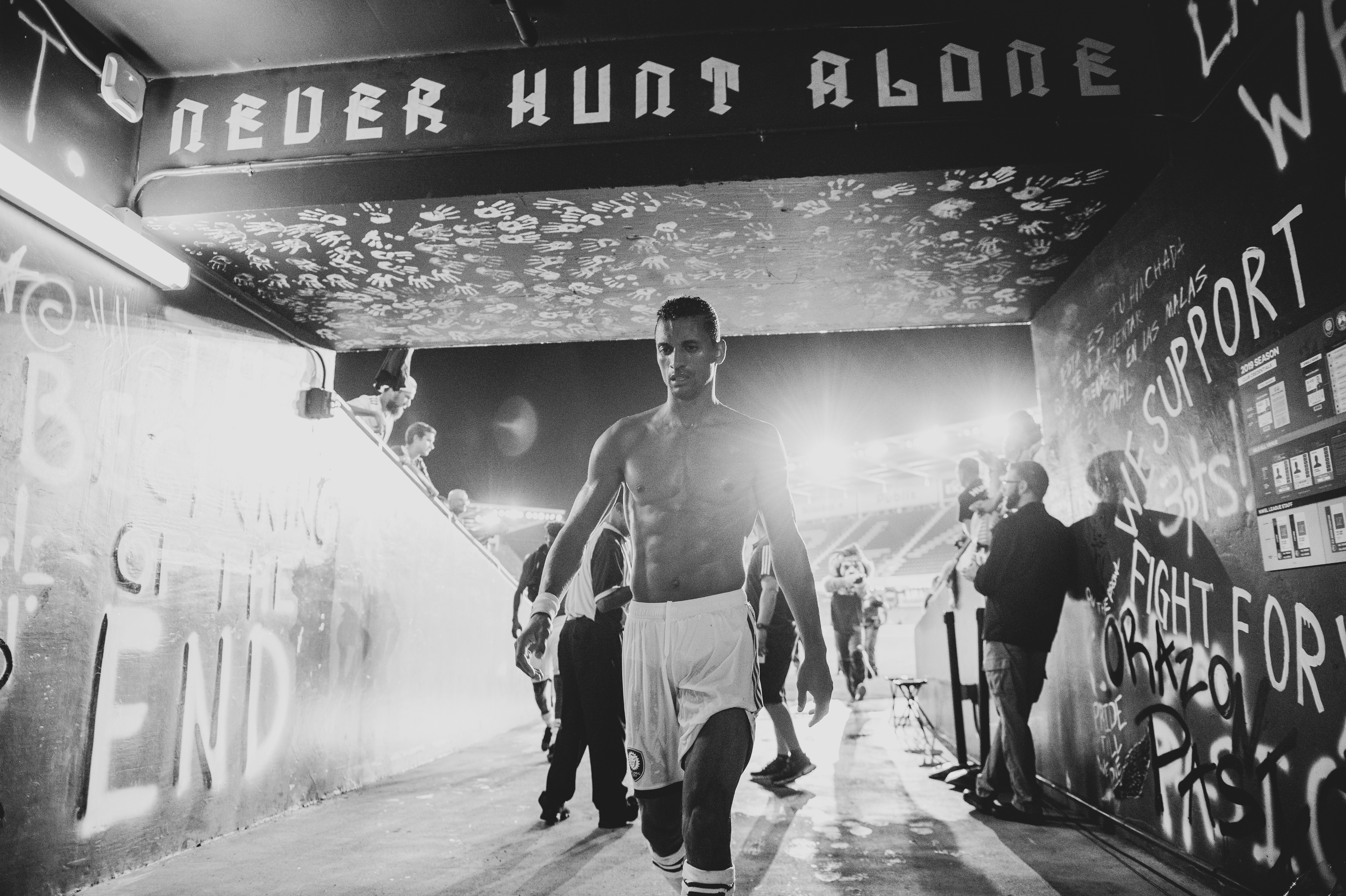 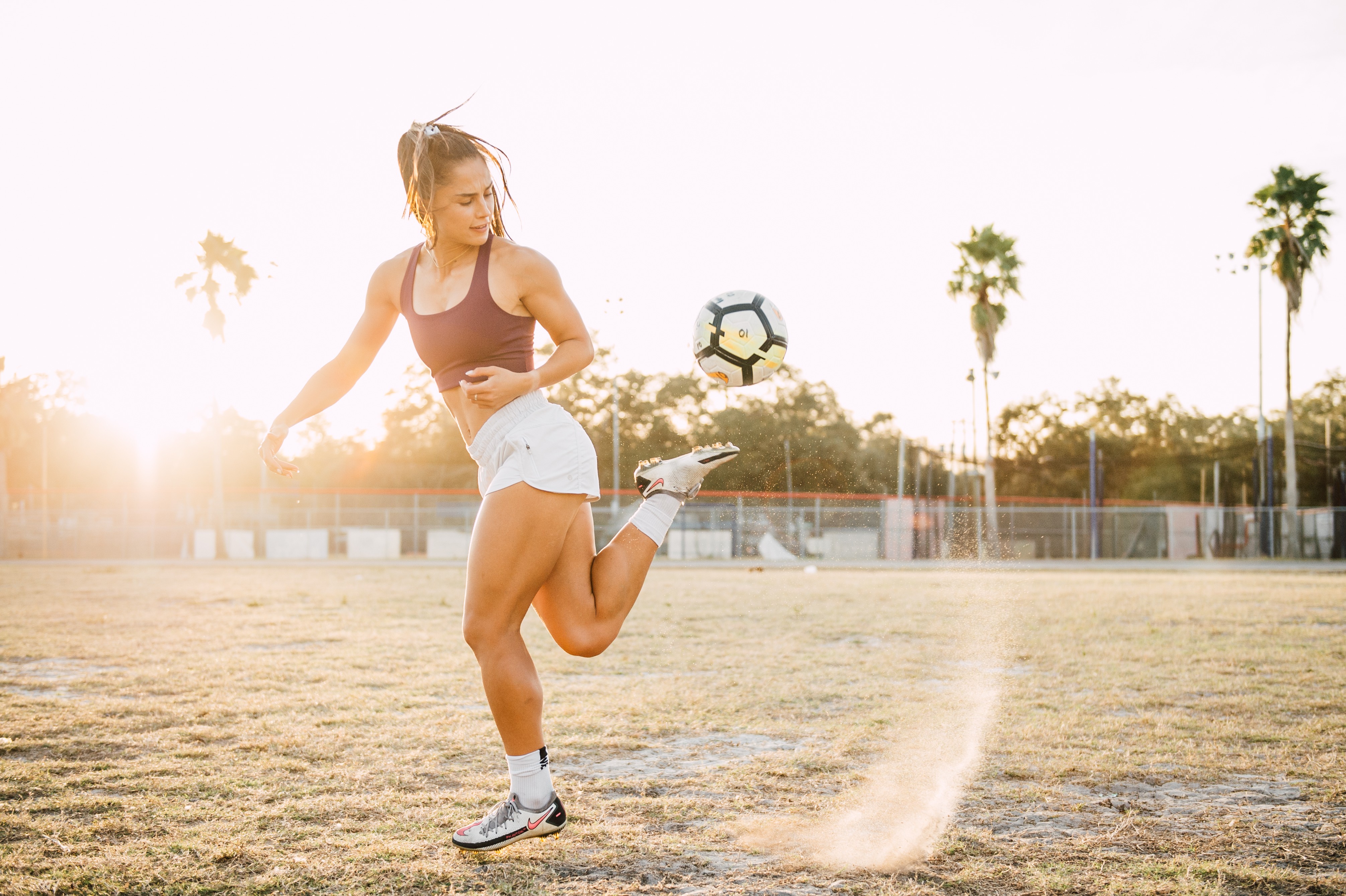 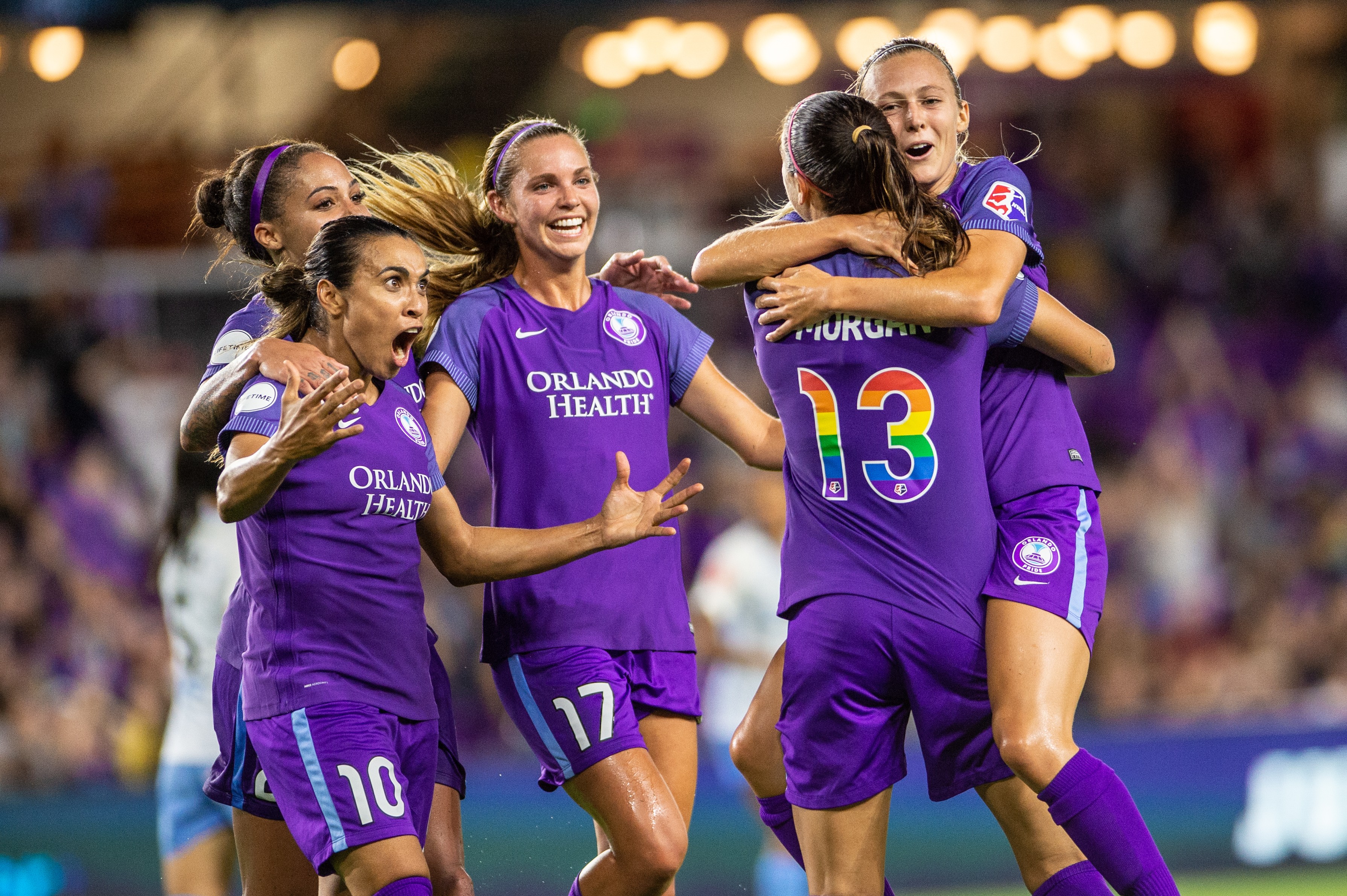 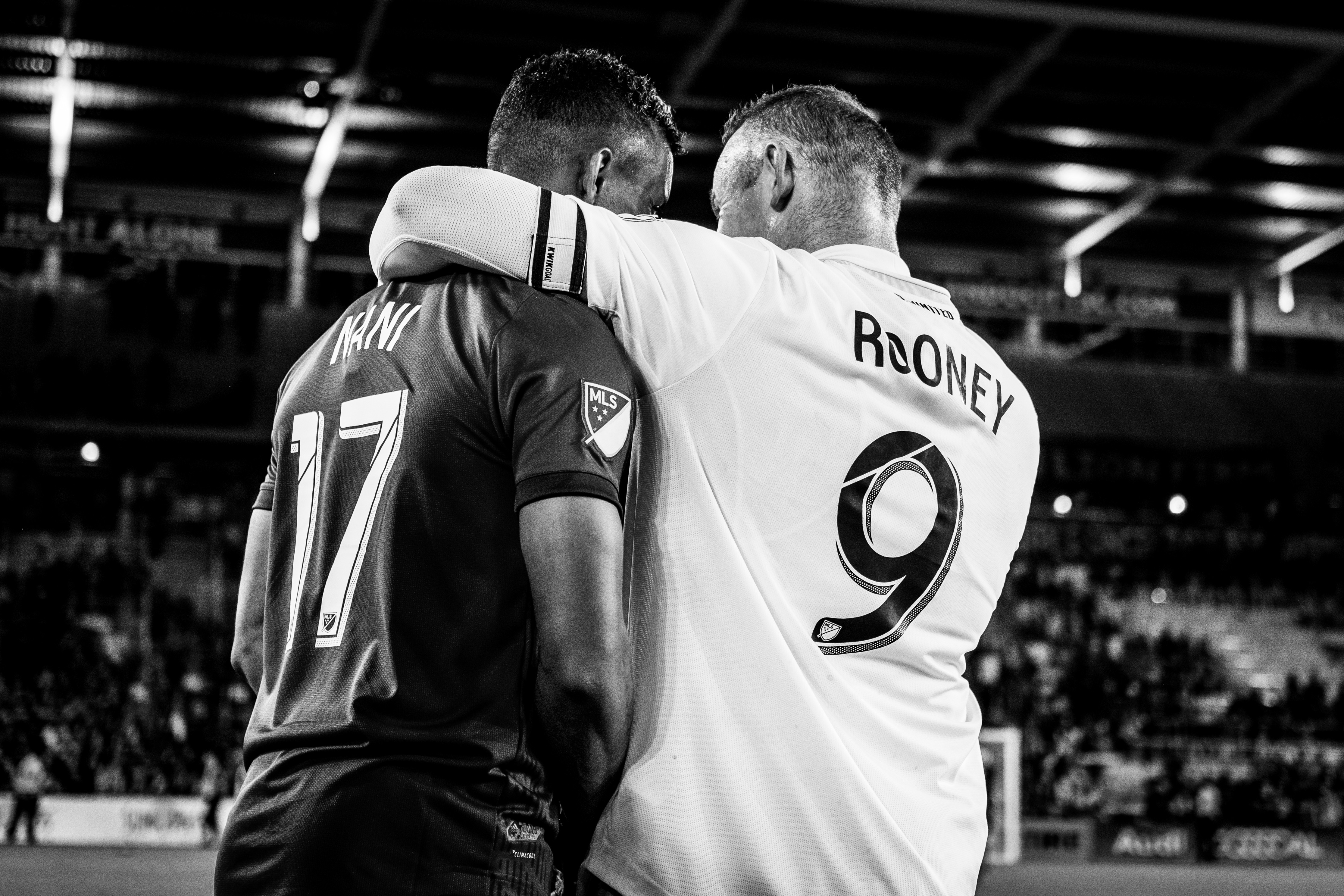 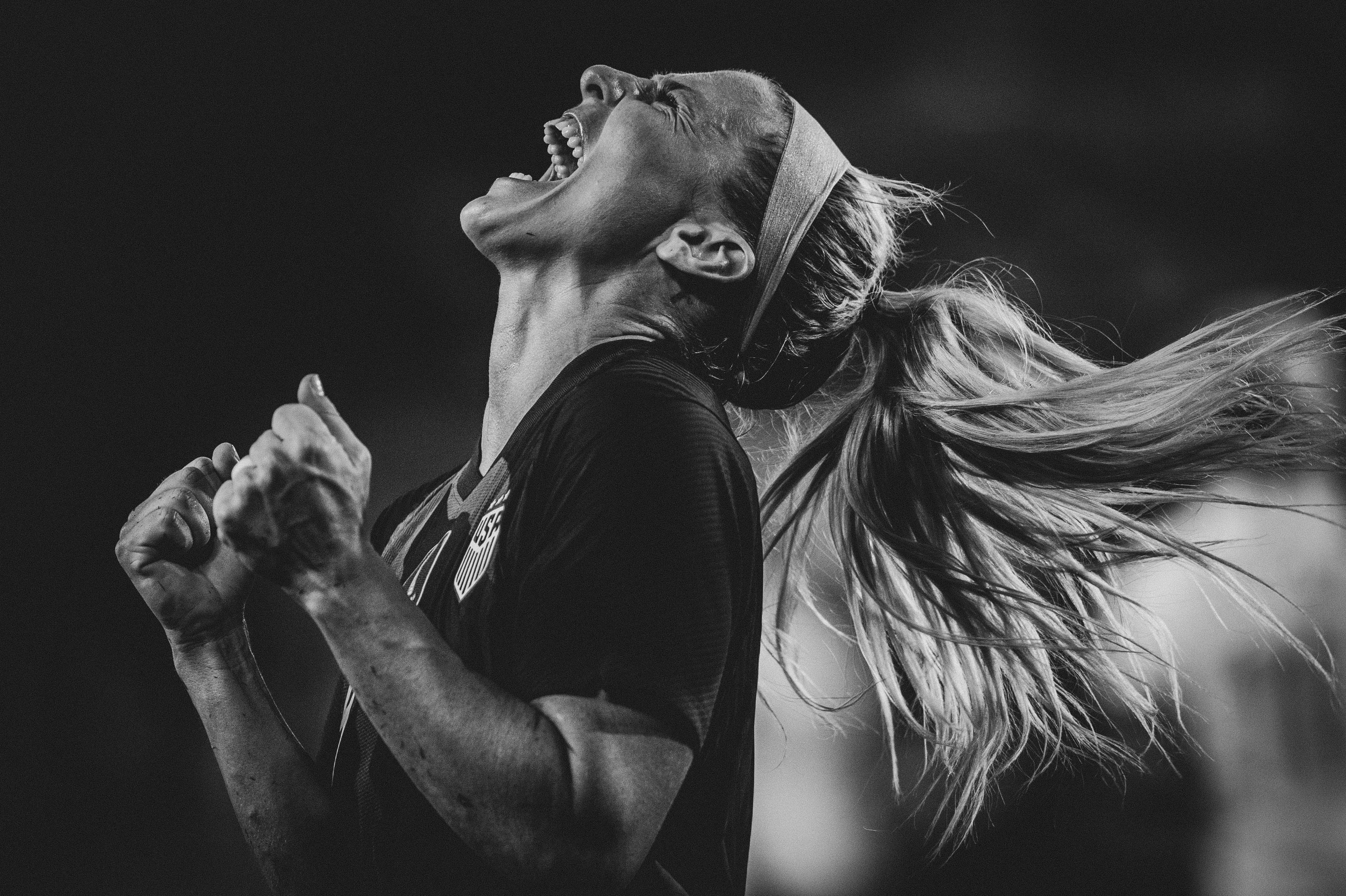 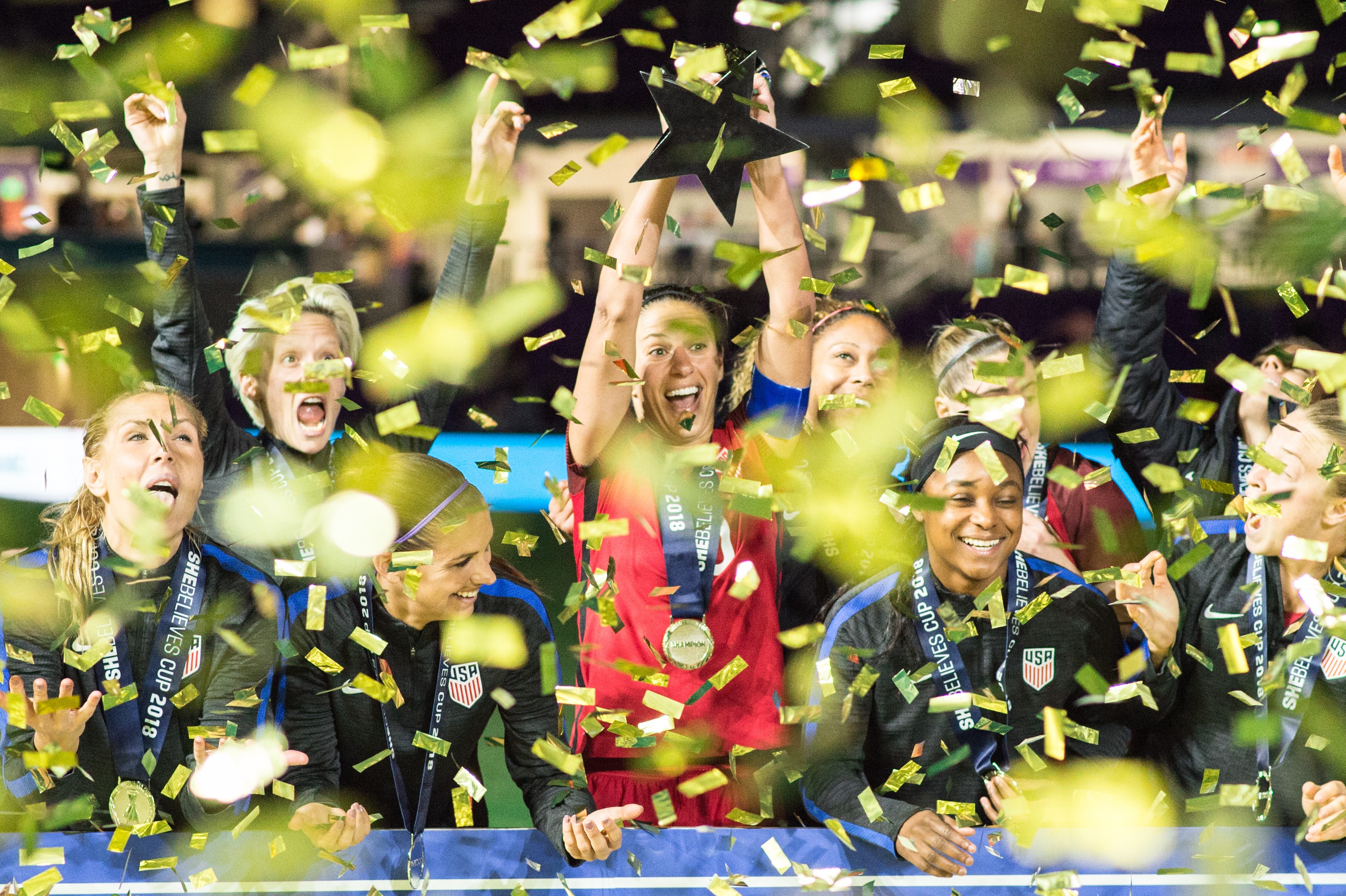