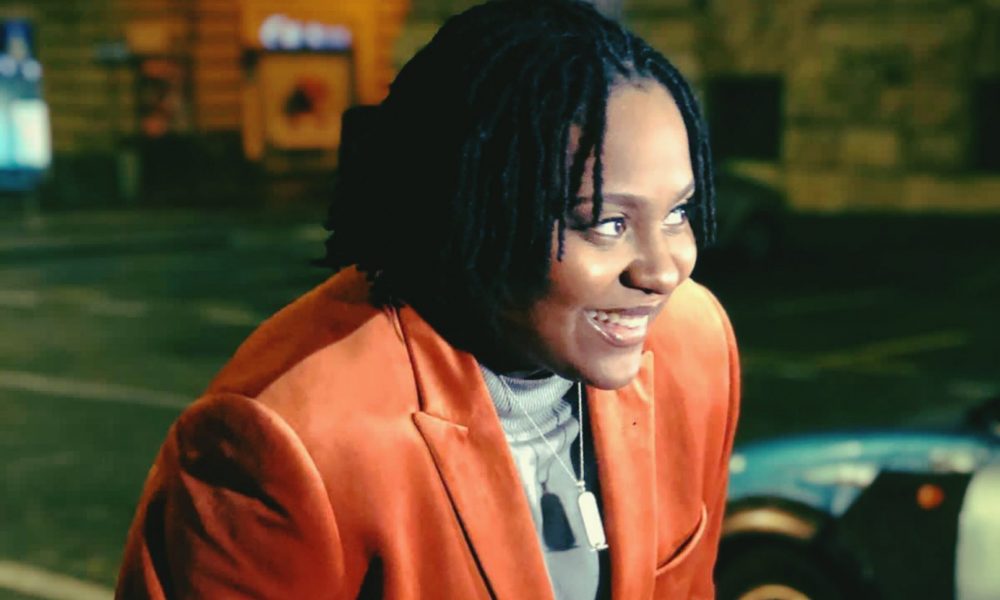 Ada Tate is a classically trained and educated vocalist, with a wide range of talents. She began singing at the age of 2. Her first vocal expression was “I Will Always Love You” by Whitney Houston, originally a Dolly Parton cover. She was vocally influenced by Patti LaBelle, Aretha Franklin, Luther Vandross, and Whitney Houston. Her love for music had been solidified as she discovered her voice in the church and joined professional competing choirs amongst the Tri-State area. This helped to develop her musical prowess to one day fulfill the dreams she envisioned.

In 2007, Ada began writing, arranging, producing, and recording several of her own independent albums. She released two projects in 2010, at the age of 20. Both albums feature her powerful gifts as a lyricist and soul songstress. Shortly after, Ada was enlisted into the Navy as a Firefighter and Aircraft Director with hopes of becoming a part of the Navy Band so she could travel the world doing what she loved while defending it. Unfortunately, she was never able to change her designated job, so she found other ways to keep music involved during her naval career. She studied courses at Norfolk State University while becoming a part of the Theatre Company and singing in the Whitney Houston Tribute that kicked off Homecoming events in 2015. In 2017, she helped create an association for Sailors who loved performing arts and was able to headline multiple concert tours in Greece, Turkey, Dubai, and other locations in the Middle East.

During the years she was stationed overseas, she performed in several local venues around Europe. This opportunity gave her the chance to collaborate with students and artists from Academia Musicale di Napoli, Sierra Leone, Germany, and the United Kingdom. She began performing regularly in London at the Hideaway Jazz & Comedy Club. By the end of 2018, Ada was singing background vocals for Grammy Award Nominee, Natalie ‘Floacist” Stewart. This momentum created strong responses and success for her single ‘Up Close and Personal’ which was released in 2020. The achievement of the single and music video (which she co-directed) was affirmation that she wanted to own her artistry and afford other artists the opportunity to do the same internationally.

After returning to the United States, Ada decided that it was time to get back to her passion for music and was accepted into Full Sail University. Simultaneously, Ada established her music group and publishing company titled ALYT Production.

I’m sure you wouldn’t say it’s been obstacle-free, but so far would you say the journey has been a fairly smooth road?
Not one road was smooth, but I accepted it and took it as my character builder. I always wanted to be seen as an artist that was simply relatable to anyone that needed a little encouragement. Utilizing my gift in music cultivated a community that manifested a spirituality of healing and releasing in any space. The catalyst of my joy for music came from my Mom Charlotte, who initially introduced me to my other matriarch that the world knows as Whitney Houston. Whitney’s voice exuded a rich tone of wisdom, power, perseverance, and stamina that provided the essentials towards the building blocks of my success.

Alright, so let’s switch gears a bit and talk business. What should we know about your work?
I am no stranger to hard work; I know what it is like to be a struggling artist and refuse to be back in that situation again. I once worked three jobs and sold CDs out the trunk of my Chevy Impala just to provide for my studio time, photoshoots, hair, make-up, nails, and artwork for album covers/promotional purposes. I was also working so hard because I still had everyday bills like gas, car notes, cell phone, and business landline phone service, food, groceries, household essentials, and utilities, etc. I am saying this to share that my experience has been distinctive although I exemplify what almost every great artist must do when nothing is handed to them. I have been naturally studying music my whole life thanks to my Mom. I started classical voice and piano lessons around middle school and was extremely grateful for that by my second semester at Edinboro University as a Music Education major with a concentration in voice. I was able to headline, host and promote my own shows as well as direct a few music videos for myself and other artists during my time at that university. I believe it was somewhere between the stage plays, Broadway musical experiences, and/or performing with choirs, chambers, and orchestras that fueled my natural love and appreciation for directing music and videos. To date, I am always somewhere behind the scenes helping artists of different genres with their creativity, visuals, or vocal arrangements. I am proud of myself for being resilient and persevering through adversity while continuously taking steps towards my goals with music in faith and knowing that this is part of my destiny. Experience has taught me that “Faith without work is dead”, and I know this is what sets me apart from others.

We’re always looking for the lessons that can be learned in any situation, including tragic ones like the Covid-19 crisis. Are there any lessons you’ve learned that you can share?
During the pandemic, I was stationed overseas where the situation was handled completely different than I ever imagined. The world’s reaction to the virus showed the popular demand for money and material things over items of sentimental value or friends and family that were present. It was the loss of family members, friends, and neighbors that spiked my interest to spending time in isolation to know myself and what boundaries to set. Establishing these boundaries enabled me to handle every situation accordingly and in my best interest instead of being an emotional wreck or slipping into a bad moment of depression. If anything, the biggest lesson at this time was that I cannot do everything alone and that I would need help from others to achieve certain heights of greatness within my personal and professional career lifestyle

You may contact me via email for pricing for features, song arrangements, music video treatments and mixes. 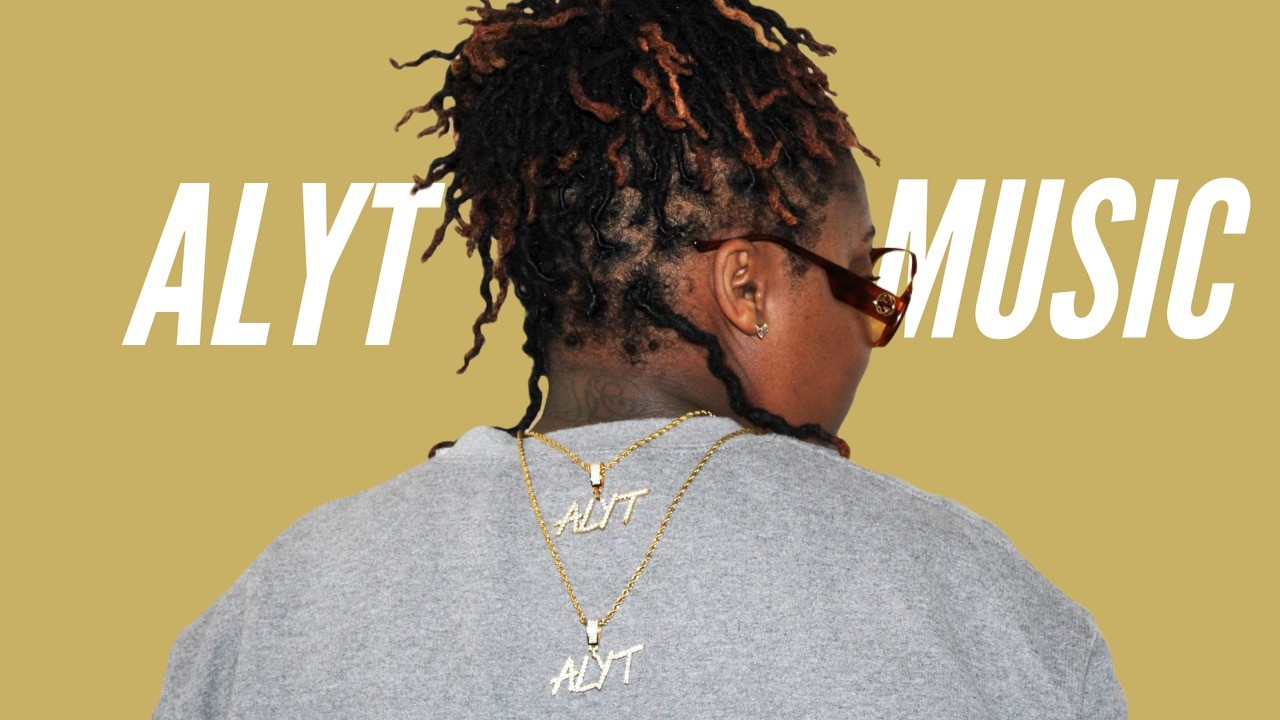 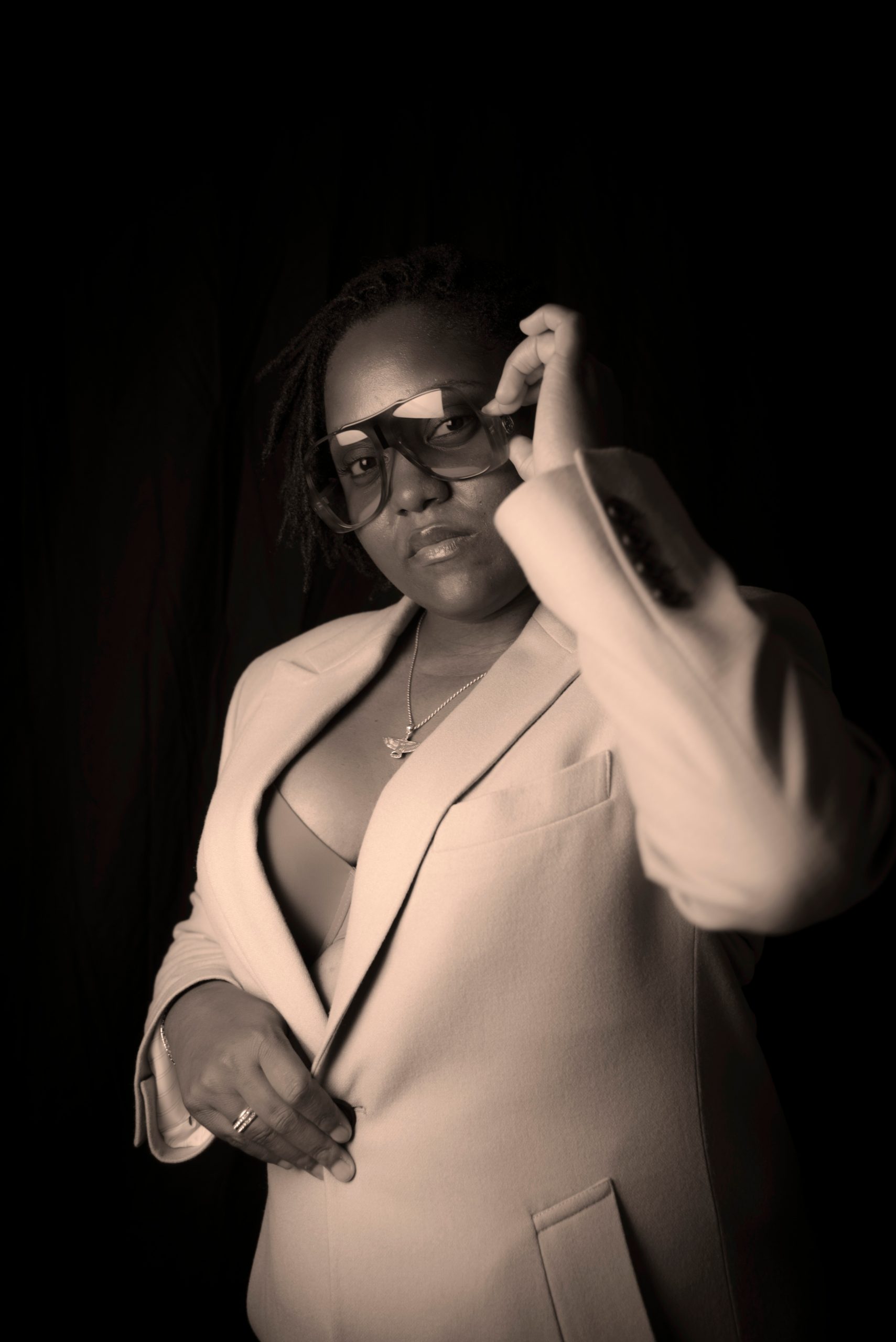 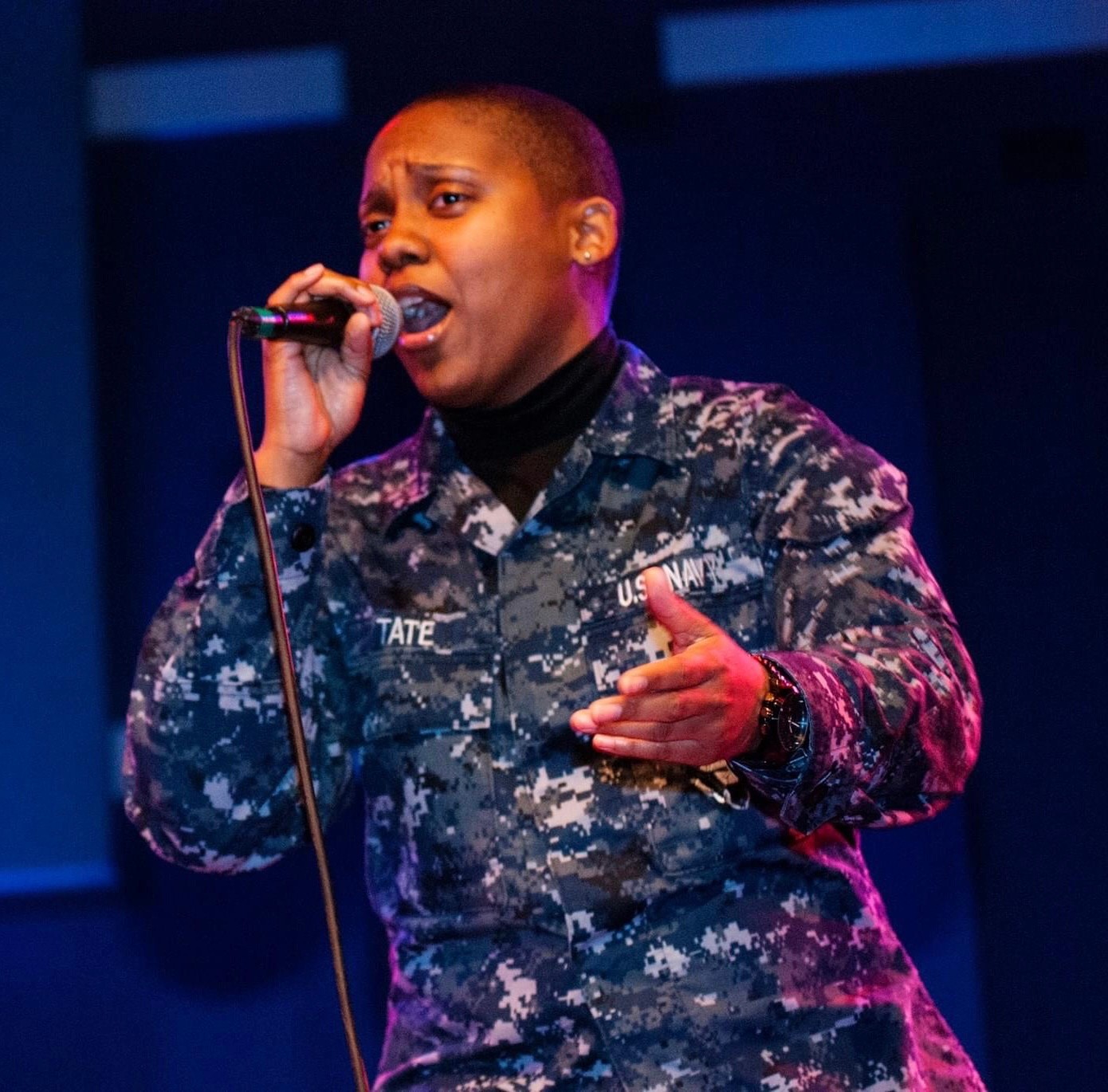 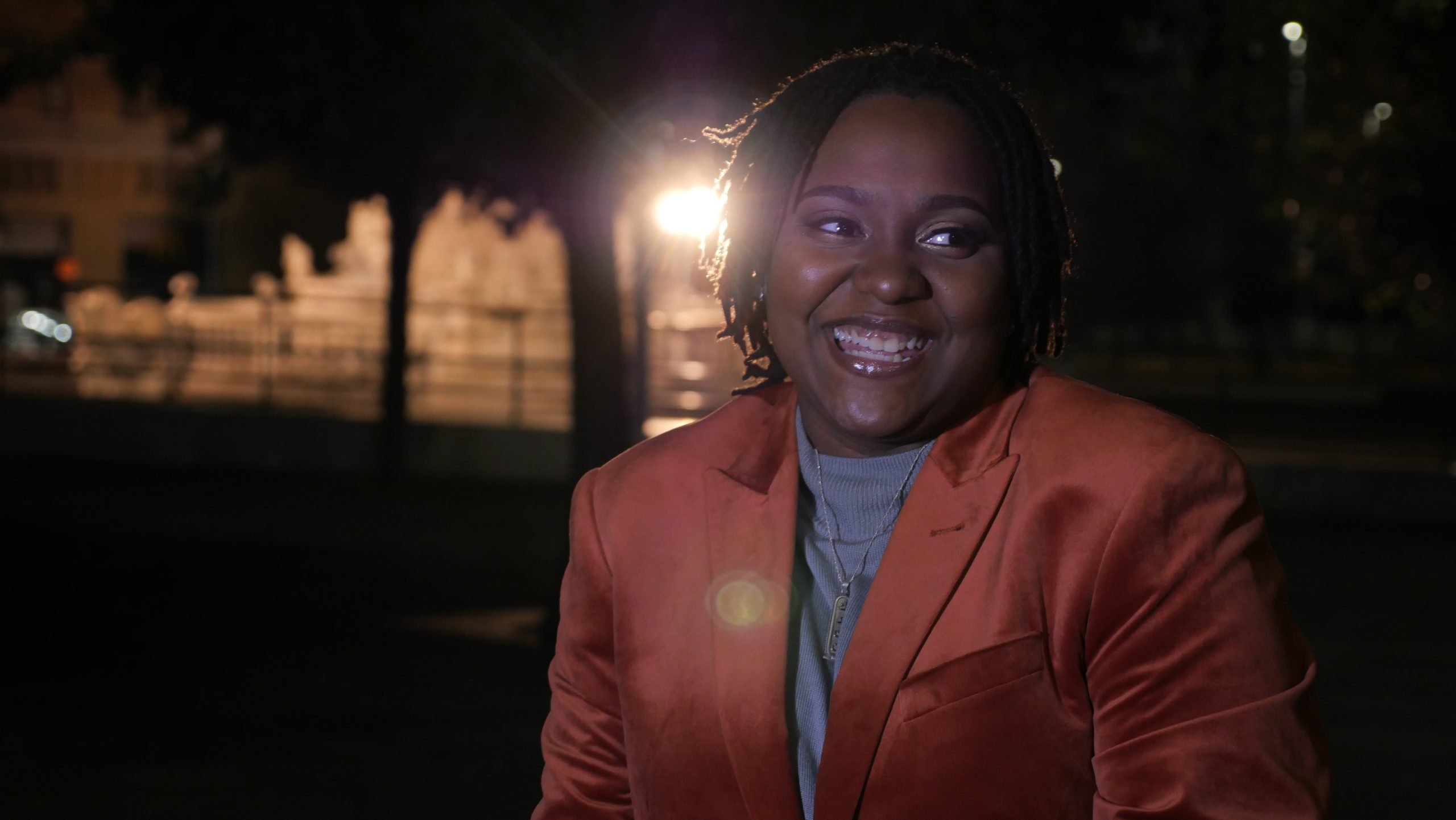