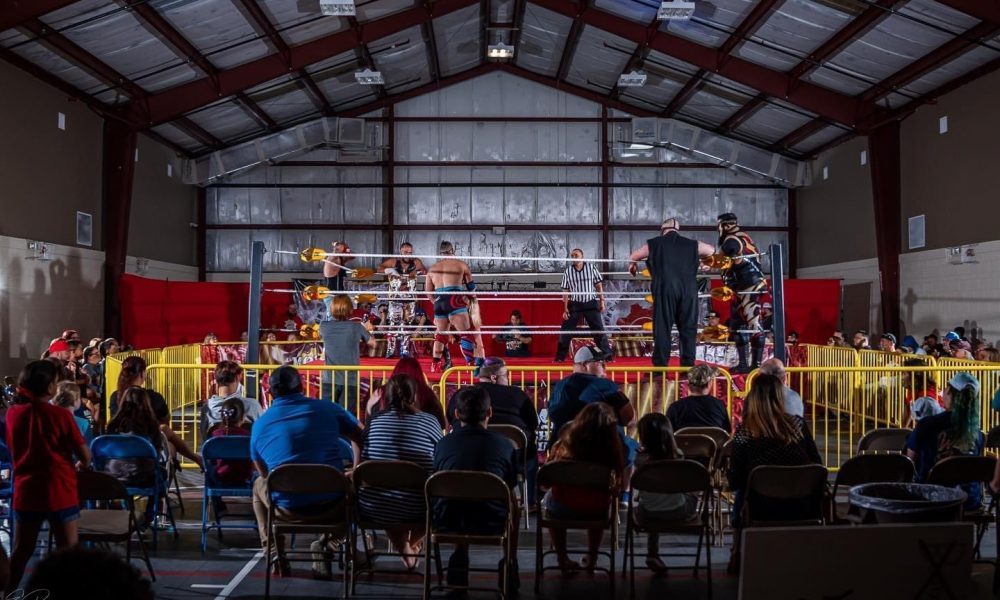 Today we’d like to introduce you to Eduardo Garcia.

Hi Eduardo, thanks for sharing your story with us. To start, maybe you can tell our readers some of your backstories.
My parents came from Cuba when they were young. Like most parents that came to America from a different country, they wanted their children to study law or medicine. The older I got, the more I realized being a lawyer or doctor was not for me. The thought of going to school and studying something that I had no interest in doing was affecting my mental health. I wanted to make my parents happy. I wanted to be successful. However, I knew that wasn’t going to happen if I tried to be something or someone that I wasn’t. I wanted to wake up every morning and be excited about the work I was doing. Growing up, I watched a lot of TV. My parents worked hard and didn’t communicate much at home beyond “How was school?” and “What do you want for dinner?”. It really isn’t their fault. They worked crazy hours at the Federal Detention Center in Miami to put me and my sister through some of the best schools in Miami. Almost all that time I had to myself after school was spent watching TV. I constantly daydreamed of working for a TV show or being a writer. I was also a huge Professional Wrestling fan. Most kids grew up pretending to hit a game-winner in the NBA Finals or throwing a touchdown in the Super Bowl. I would pretend to win the Intercontinental Championship at WrestleMania.

After going to college and earning an Associate in Criminology like my parents wanted, I still had that feeling that studying law or medicine was not for me. It wasn’t going to make me happy. I began to struggle with the thought of being selfish. Here were my parents, sacrificing ridiculous hours at a job they hated just to give me and my sister the chance at being successful. I wanted to make my parents happy, but I needed to do it my own way. After earning my Associate in Criminology, I told my parents that for the longest time, I’ve been dreaming of becoming a professional wrestler. I wanted to stop going to school and enroll in a wrestling school that was located in Ft Lauderdale.

My mother always supported my dream. She helped me enroll at Coastal Championship Wrestling where I was trained by the late, great Rusty Brooks. I was making my dream happen. I was gaining insight and knowledge to a business that I grew up idolizing. I would stay up late to see Stevie Richards on TV, and now I was sharing a locker room with him. What most people around me didn’t and still don’t realize is that as much as I wanted to make that WrestleMania dream come true, I just wanted to be in the wrestling business. That my success would not be defined by how much money I make or where I work. I define success as finding something you love and working for it.

I can say that I was able to wrestle for almost 9 years. Having matches with some amazing people that I met along the way. I may still be wrestling today if it weren’t for an ulcerative colitis diagnosis in 2018. The colitis made me lose more than 50 lbs. and it did some damage to my ligaments/joints. I thought “That’s it. No WrestleMania moment. My family and friends probably think I’m a loser that failed at such a silly thing.” That is until I got a call from someone who has become my best friend in the wrestling business.

Romeo Quevedo is someone that always took the time to critique my matches and give me advice. You know someone sees something in you when they take the timer to talk to you. It’s when the boys and girls in the locker room just tell you “Good job” that you can tell they either didn’t see your match or they don’t care to offer you any advice.

I was lying on my couch, wasting away from the colitis and beating myself up for not being able to wrestle. Romeo would constantly call to check in on me. He would tell me about the matches he had over the weekend. He would call the entire match and ask me to call it back. Those phone calls kept me going. Practicing calling back his matches kept me mentally sharp. Still, though, I thought I was finished. I kept thinking someone would just come along and steal my ‘Santeria’ character and everyone would forget about me.

That was until earlier this year when I got another call from Romeo. He mentioned how he and an associate, Rock, started a new company called Movement Championship Wrestling. They needed help with write-ups and promoting the shows on social media. I was very happy to help. Romeo always complimented my mind and the different ideas I would come up with. He assured me that my knowledge for this business was top-tier and that I was more than just a writer for MCW. He gave me an on-screen role as MCW’s Matchmaker. I began to wear many hats within the company. After the first show I was a part of, I began to help with talent relations, storytelling, backstage segments, promos, talent meetings, production meetings, social media, video production, and seeking sponsors.

Today, I work as an educator by day and MCW co-owner by night. Between Romeo, Rock, and myself, we spend endless hours trying to make MCW a success. I think we’re on the right path to making something special. I can honestly say, if it weren’t for Romeo and Rock, I’d still be on that couch beating myself up, wondering “what if?”.

We all face challenges, but looking back, would you describe it as a relatively smooth road?
Some of the challenges I faced was not receiving the support from people closest to me. I can say my mother absolutely encourage me to go for it. My amazing wife has also supported me along the way. She is always there for me.

Another major challenge was being diagnosed with Colitis. Losing the weight was scary, and realizing my body was nowhere close to where it was before affected me mentally. I would avoid mirrors and going out with friends/family.

Appreciate you sharing that. What else should we know about what you do?
Right now, I work in education. I think school is very important. Not just to learn from a book but to learn how to socialize with your peers and improve critical thinking/problem-solving skills.

I am most proud of being able to wear many hats within MCW but also the fact that my thoughts and ideas are validated within a business that I absolutely adore and have dedicated my life to.

I think what separates me from others is being able to adapt and push forward. Learning how to not take no for an answer and making my dreams/ideas come true.

One came from my godfather Chris. He was very adamant about me not taking no for an answer. My dreams are my dreams. They are not for me to explain to anyone but for me to act upon them and make something of them.

The second lesson came from my father-in-law Chris Giomblanco. He has been in charge of major companies and is a titan in the business world. He told me “Not everyone is going to like what you’re doing. But when you’re starting something from the ground up, it’s all-encompassing. It consumes you. That’s how you know you’re on the right track.” 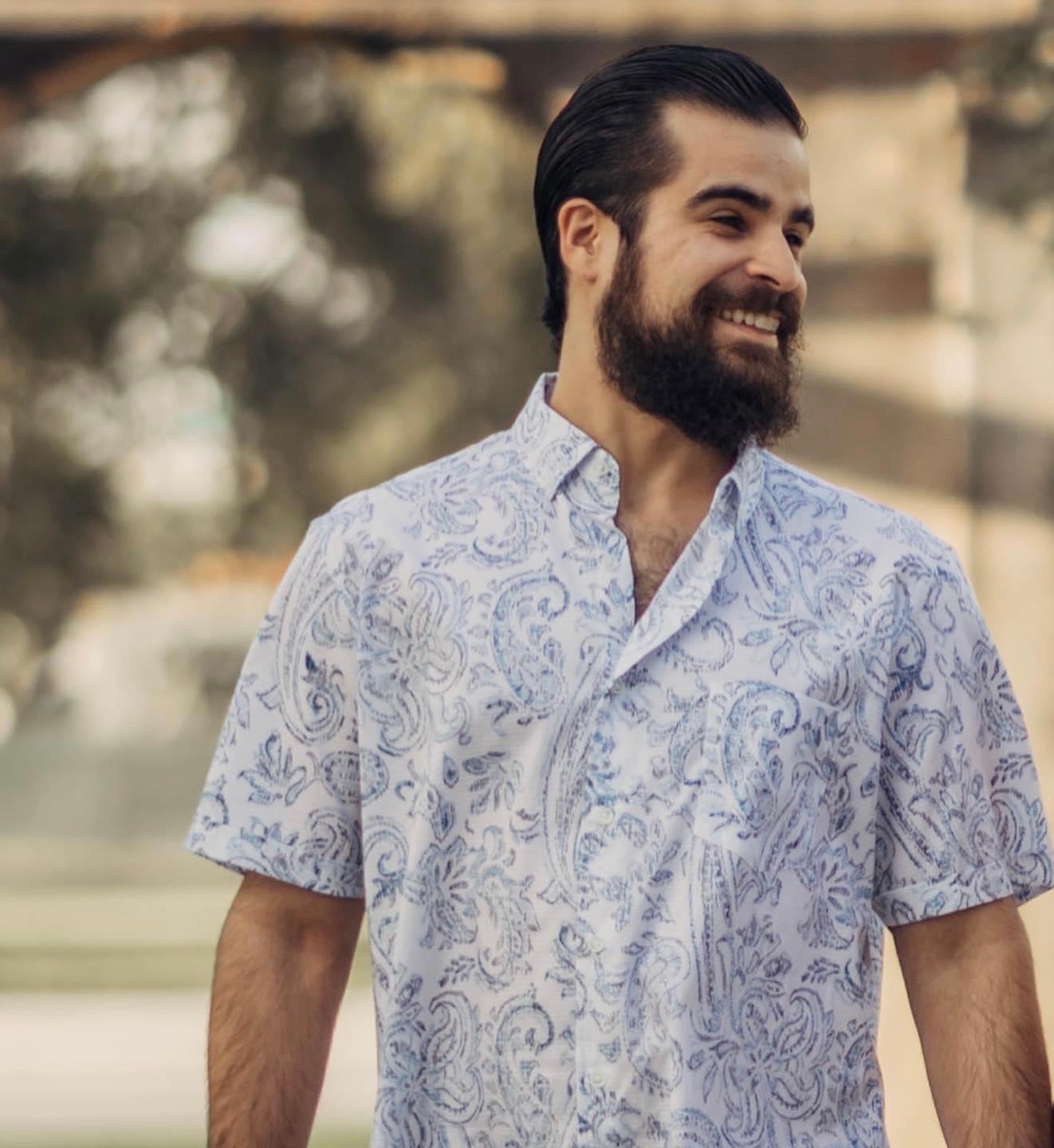 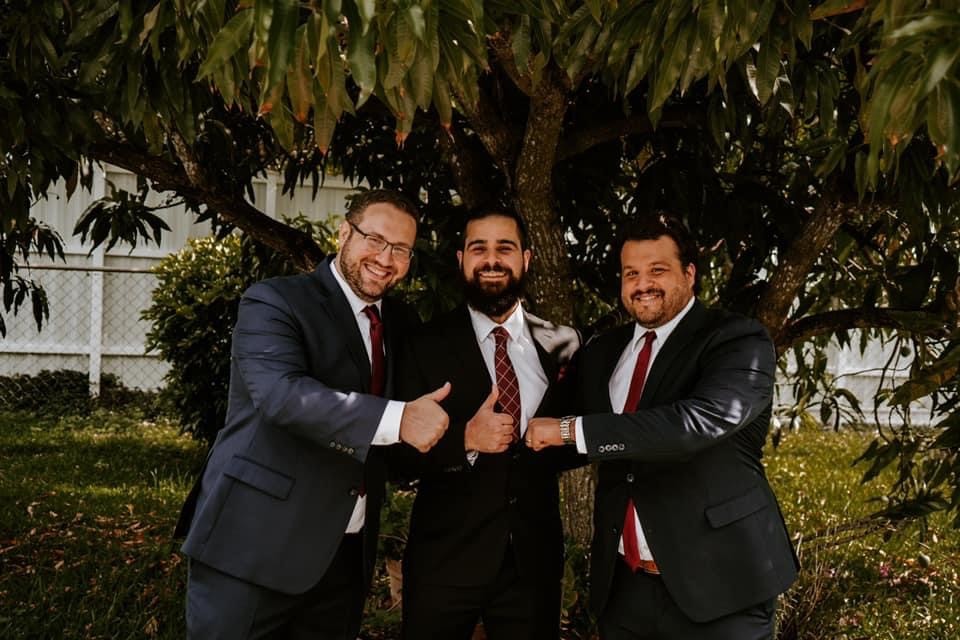 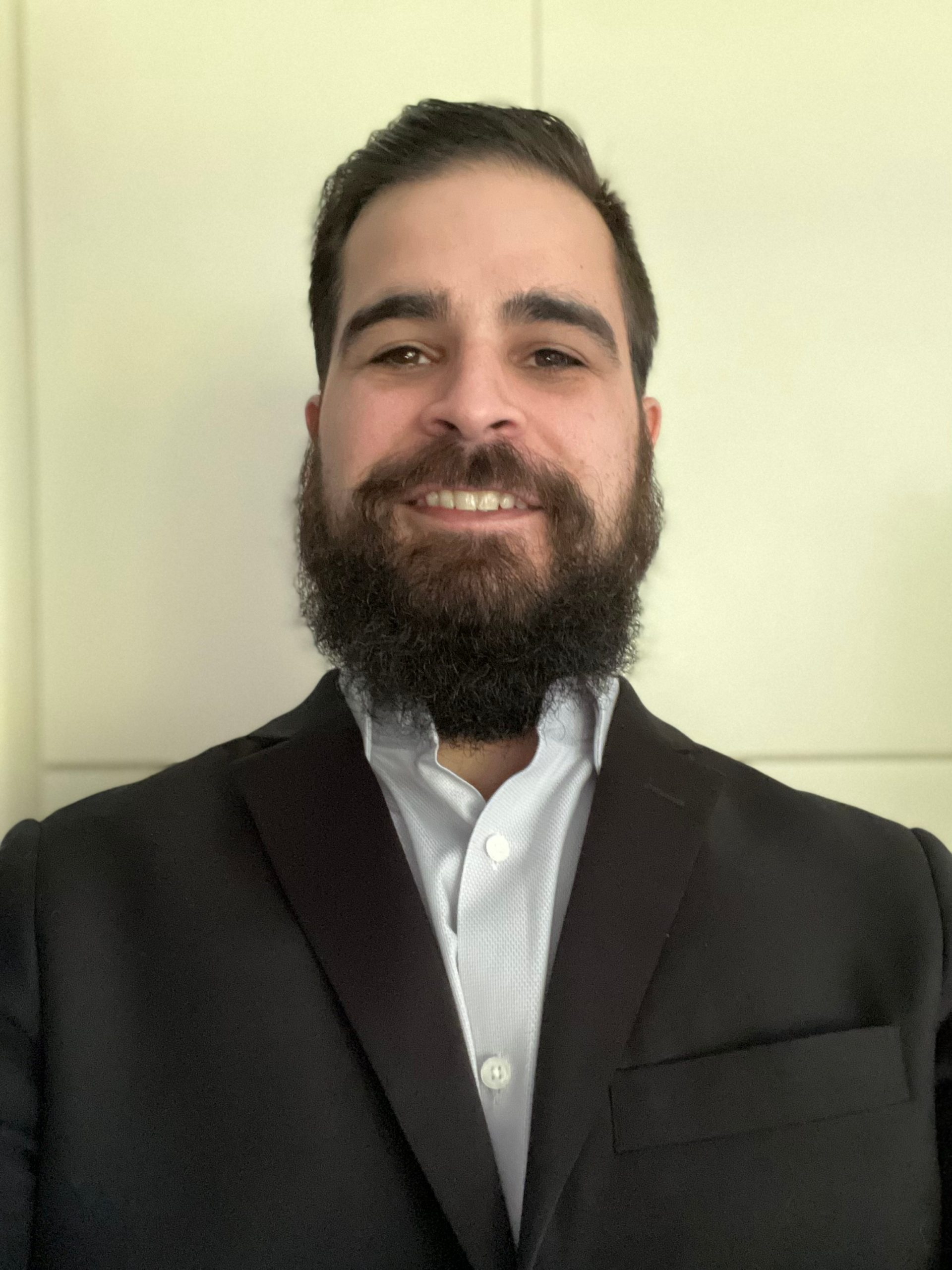 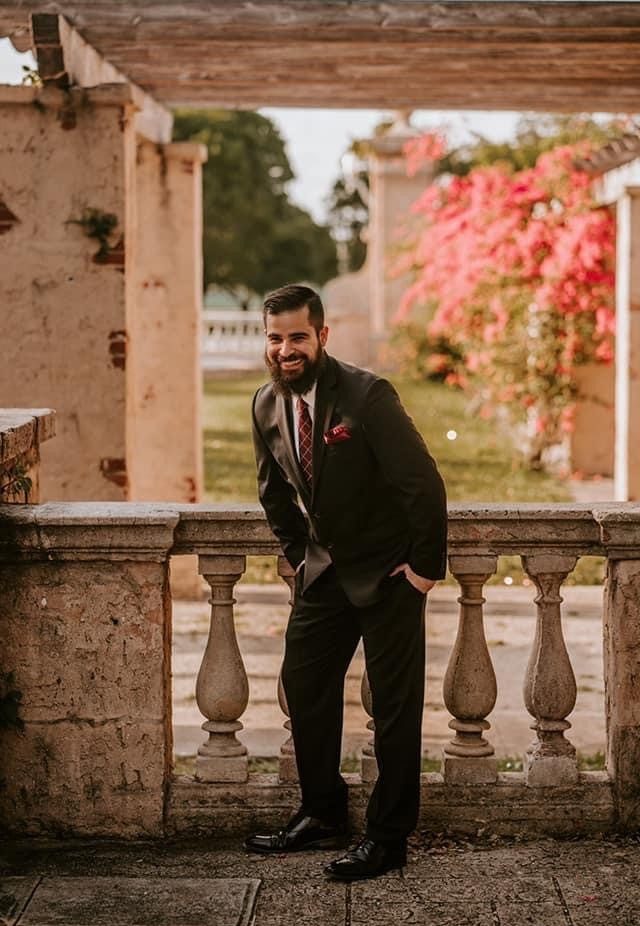 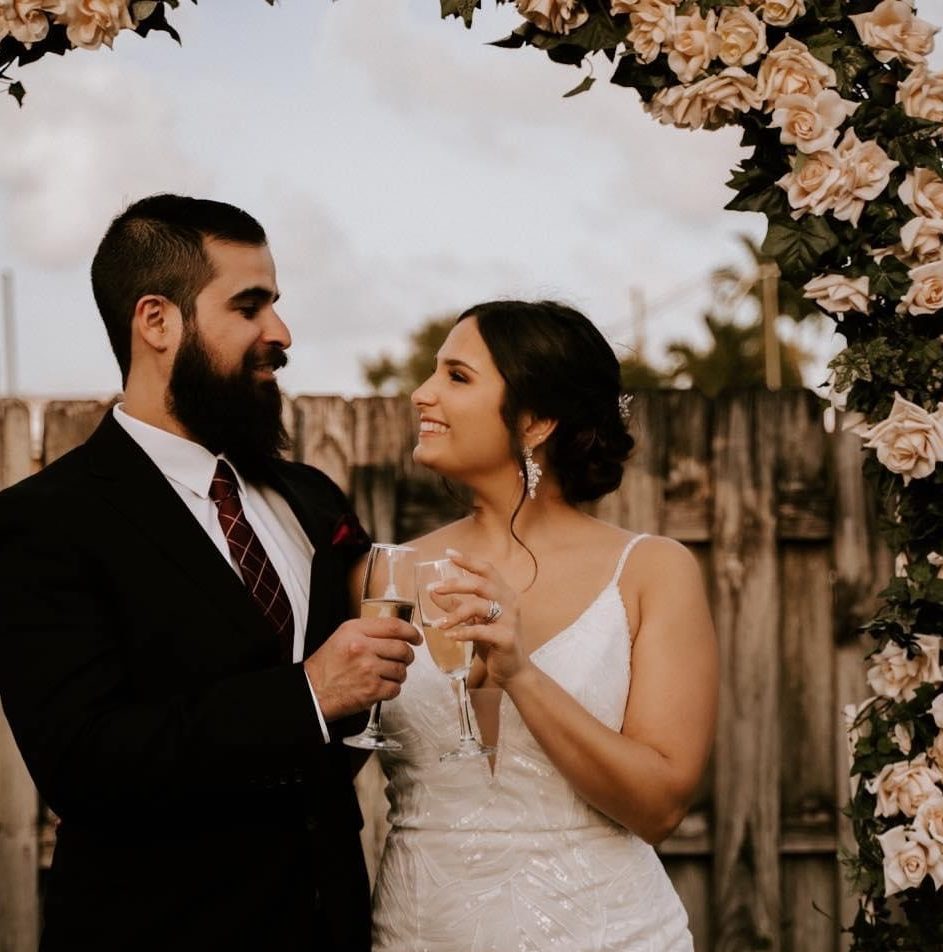