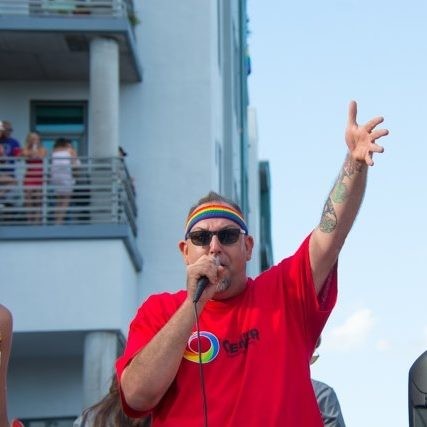 Today we’d like to introduce you to George Wallace.

Hi George, thanks for sharing your story with us. To start, maybe you can tell our readers some of your backstories.
I moved to Orlando in 1992 and left in 1996 to help care for my dad in New Hampshire. When he passed away in 2001, I knew I wanted to return to Orlando. So, I did just that! I was living in Boston and gave my notice at my job as an ABA therapist and moved back to Orlando in February 2002. I began working at Quest, Inc. with adults with disabilities and volunteering at The Center and Orlando Fringe. In 2005 I was awarded the Volunteer of the Year award at Orlando Fringe and joined the staff the next year as a Volunteer Coordinator. I had never worked in arts nonprofit before, but I quickly grew to love it. I ended up leaving Quest and working as a consultant for the State of Florida’s Agency for Persons with Disabilities and navigating Fringe as a side job. Eventually, I began working full-time at Fringe, being named Director of Operations and then General Manager. I was named Executive Director in 2014. I left social work and dedicated all my efforts on finishing school. I got my MMBA from Rollins and then my MPA from Troy University. It was the beginning of online degrees, and I would take online classes, in-person classes at Troy’s Winter Park campus, and sometimes drive to Alabama for weekend cohorts, where the main campus was located. It was not easy being named George Wallace and going to school in Alabama! I eventually left Orlando Fringe for Indianapolis in 2017. My partner, Joe, was very supportive of the move, and I wanted to grow more as an arts leader. Unfortunately, Indy was not a good fit for me for several reasons. I missed Orlando dearly. I was on the board of directors of The Center from 2014 until I left in early 2017. At the conclusion of leading my first festival in Indy, I knew that it was not a good move for me. I saw online that The Center was hiring a new Executive Director and I knew that is where I really wanted to be, working with the LGBTQ community, enjoying Fringe as a patron, and back in Orlando. I was in a doctoral program and had only been in Indy for a short 8 months, but I applied for the job. I had to go to California for an international Fringe Festival conference, and the board at The Center allowed me to have my interview via Skype from my hotel room. By the time I got back to Indy, I was offered the position, but I had a very short window to turn things around. The Center had been without an ED for going on 6 months, and they wanted to have a new leader in place before the end of the year–which was only a month away. We had a lease on an apartment in Indy, and while I was not enjoying my experience there, my partner really loved it there. He had made new friends, had a great job, and was invested in making the move to another state work. If anyone knows me, they know that I am a planner. It was not like me to get up and move across country 2 times in less than a year–but I did. Joe stayed in Indy while I drove back to Orlando with our dog. I called my old landlord from my first apartment in 1992, and she had an available unit. At least the timing, for one thing, worked out! I began my job at The Center as ED on December 18, 2017. When the lease was up in March, Joe returned to Orlando. I guess the third time’s a charm with moving to Orlando, and I am not leaving any time soon!

I’m sure you wouldn’t say it’s been obstacle free, but so far would you say the journey has been a fairly smooth road?
Smooth is relative. We all have bumps in the road, but I have been very fortunate to have a wonderful career and live in a city that I love. While I miss New England, Orlando is my home, and I am grateful to live in a community that is inclusive, diverse, and warm! I grew up on a farm in New Hampshire with parents who worked in a factory. Growing up an awkward queer kid in rural NH certainly was not easy. I am the youngest of three kids and my older sister died when she was 18 and I was 15. That one singular event changed my life forever. I was in 10th grade, and I was lucky to graduate–I became really introverted and skipped school. I eventually began living my authentic life when I left for Orlando in 1992 after graduating from community college. I worked at Universal Studios, was a cashier at ABC Fine Wine & Spirits at night, and worked at a movie theater in Lake Mary on weekends. I took the bus everywhere and lived with 3 other people in a 2-bedroom duplex in Longwood. Those years were challenging, but when I look back, I do not think I would change a thing. Those challenges made me stronger, gave me a solid work ethic, and allowed me to discover who I was.

As you know, we’re big fans of you and your work. For our readers who might not be as familiar, what can you tell them about what you do?
I am the CEO at The Center Orlando, our local LGBTQ community center. I think I am most known for my advocacy work. I have received some awards throughout the years, but I am most proud of being named Orlando’s favorite local activist for the past 3 consecutive years. It seems that we take one step forward and two steps back lately when it comes to equality. The administration in Tallahassee has put forward some very hateful legislation, including anti-trans laws, Don’t Say Gay, and others. I continue to fight for equality because it is not a special right; it is a human right. Following the Pulse tragedy, Orlando changed. I believe we were always an inclusive city, but June 12, 2016, magnified that. We are resilient, and we are strong. I think what sets me apart from others, particularly in the local LGBTQ nonprofit world is my background–it is as diverse as I am. I have worked as an arts leader and a social worker. I think that has helped me lead The Center through the last few years, which has seen the biggest growth in the organization’s long history. When I started in 2017, we had 5 employees and one location. Today, we have 3 locations and 18 employees. And we are not done growing!

What are your plans for the future?
I always have big plans! I am looking forward to traveling more. I love traveling. Next month I am going to Haiti and am looking at spending a week in Mexico early next year. I think the biggest plan is working to secure a larger footprint for The Center in Orlando. What does that look like? I am not really sure, but I envision expanding arts programming, our food bank, and continuing to create a safe and welcoming space that the entire community can be proud of. I am a New Year’s Eve baby, and I did not get to celebrate my 50th birthday because of the pandemic. Even though I am turning 52 in December, it will be my 50th birthday bash. Who’s coming? 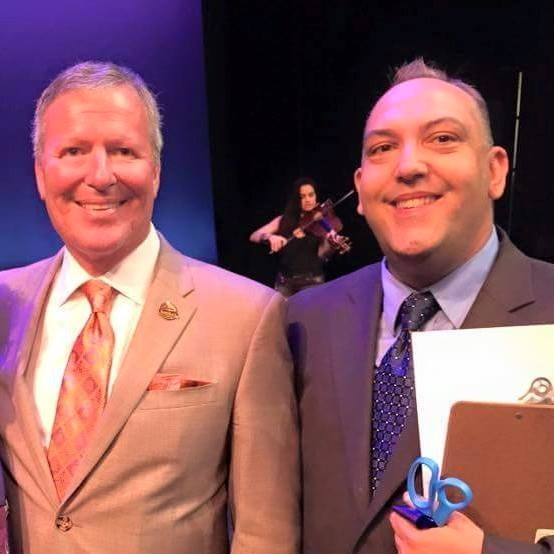 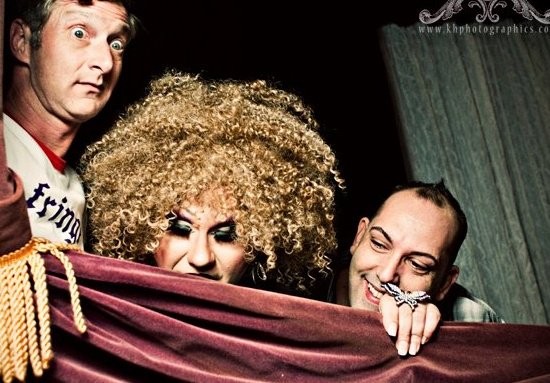 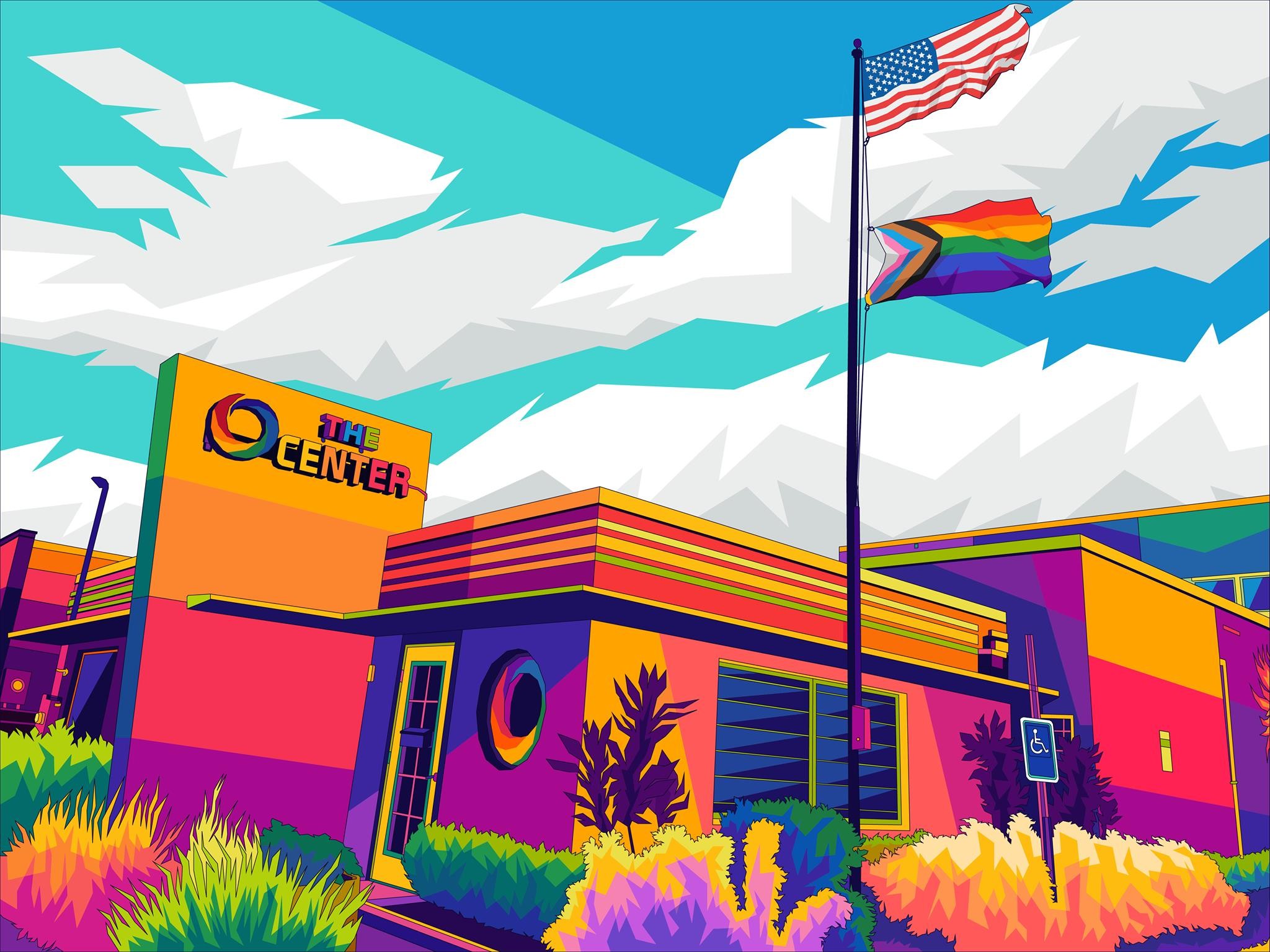 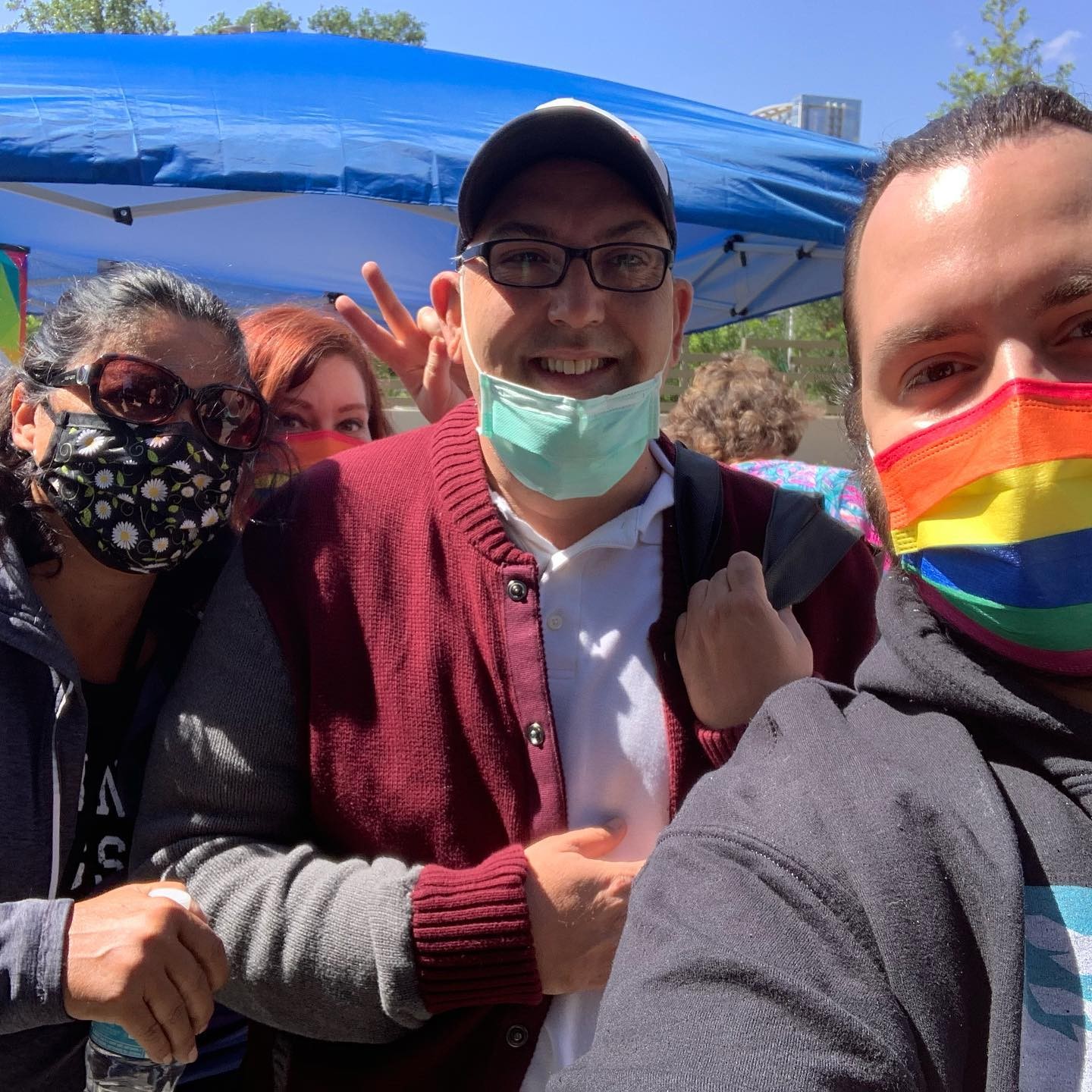