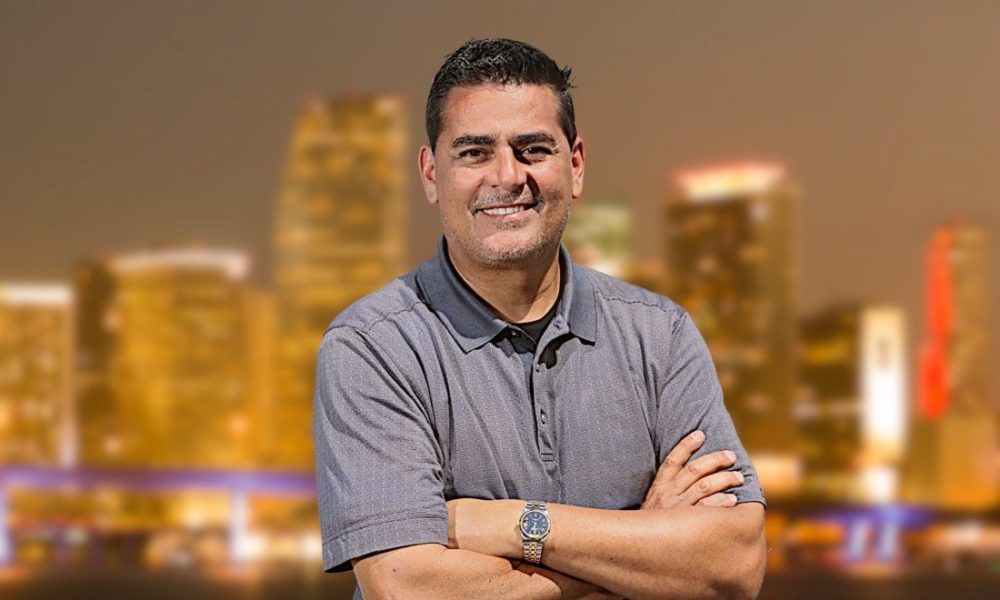 Today we’d like to introduce you to Raul Alberto Diaz.

Hi Raul, thanks for joining us today. We’d love for you to start by introducing yourself.
It all begins when I was just a child, accompanying my father, who was also a communicator, I felt the interest in being a journalist. Apparently, it is a family issue since my grandfather was also a journalist in my native Maracaibo, Venezuela.

I started my professional activity when I was just a 4th-semester student (2nd year of Journalism), and despite graduating as a Journalist-writer, I have developed my career in the Radio, Television, and Multimedia sector.

Already in 1996, I became independent and created my own Television Production Company in Venezuela, a firm that allows me to internationalize through the filming of activities in the United States, especially in the sports field.

At that time, he had the unconditional support of Empresas Polar, the most powerful commercial firm in Latin America, which trusted in the projects that he presented. For 16 years, I covered Major League Baseball Spring Training.

In 2009 and having decided to complete the internationalization process, I presented my services on CNN in Spanish. As a result, I began to present my audiovisual productions on the network until 2013.

After a brief stint at Espn Deportes Miami in 2015, still living in Venezuela, I decided to temporarily reside in the Abruzzo Region in Italy, escaping from the miserable situation in Venezuela in order to write and pursue post-graduate studies in Political Journalism… As a consequence, I published the reality fiction novel “Silent Invasion,” which tells the sad history of Venezuela, and the book “Cronicas de Uberto,” where I tell the stories of an immigrant who represents the displaced who revolve around the world.

In 2019, I participated in several conferences at the John Hopkins University, Campus in Italy, Ana G Mendez University in Orlando, and during the Orlando International Book Fair, presenting the novel Silent Invasion. Just after the International Tour in 2019, I started activity as Voice Talent at Golfo Radio 98.3fm, the first Spanish-language radio station in Doha, Qatar.

In November 2020, the Orlando Public Radio (RPO) opens operations during the presidential elections between Joe Biden and Donald Trump. After an extraordinary period, the RPO decided to keep me within its programming grid as an International and Sports Analyst,

For this reason, I decided to do a Micro Master in American Government at Harvard University (Online) and Studies on Global Diplomacy and European geopolitics at the University of London and at Sciences Po of Paris.

After carrying out several market studies framed in the increase of the Hispanic population, especially in Florida, I confirmed my decision to settle in Orlando, Florida, to develop the Raul DiazTV Personal Brand.

Finally, in 2021, I started operations in Florida, registering my personal brand RaulDiazTV News and podcast agency in order to fill the space that is being created with the increase in the Hispanic population and the growing market that exists in this area of the United States.

Currently RaulDiazTV, as a personal brand, has two web platforms. Rauldiaztv.com and Italiaenespanol.com, which work in an intertwined way to be able to develop all my professional activities. Both are the propellers that move this project.

Alright, so let’s dig a little deeper into the story – has it been an easy path overall, and if not, what were the challenges you’ve had to overcome?
To tell the truth, it has been an extremely difficult path, which not only has to do with professional adversities but also family and environmental adversities.

Growing up as an individual with economic limitations is nothing new; every day, you can see how many people reach their goals fighting. In my particular case, my mother never stopped of telling me that despite the economic limitations we live in, we were very rich people. We had loyalty, honesty, morals, education, but above all love. I grew up knowing that God was there and that I had every reason to know that I could achieve whatever I wanted.

I grew up with that speech every day of my life, despite mom’s difficulties in putting food on the table. My mom taught me that poverty was a word of which people without principles, without morals, without home education, and above all without love were victims.

Economic limitations are one thing, and poverty is another.

Today I see the word poverty as an instrument to subjugate weak-minded and principled people.

When we put limitations on ourselves, any attempt at growth will be more difficult. If we manage to make a list with the right tools to achieve our goals, there is no reason in life not to achieve what we want.

I’m not talking about money because that’s a consequence of achievement. I speak of tools as innate as the desire to rise, to grow, to eat the world. That is the main thing; then we need a lot of discipline, perseverance, and of course, academic preparation. From my point of view, that is the key to the door that takes you to the room of success.

I have fell down? Yes, many times. My mother died in the middle of my success as a journalist, and she, as you can understand, was part of my machinery.

Then I experienced a couple separation with the consequent momentary estrangement from my daughter. The dictatorship in Venezuela has also been part of my history because all my economic assets are in limbo. I had to leave Venezuela due to the misery that was being experienced.

But the main thing of all is to believe in yourself, it is to prepare yourself as if you were the best in the world in your area, it is to maintain your discipline which in my case is a military discipline, it is perseverance, and it is to draw what you want in your head and take it out to make it happen because yes.

Can you tell our readers more about what you do and what you think sets you apart from others?
Although it may seem paradoxical, my father did not want me to be a journalist according to why it was not well paid. The day I told him that I was going to be a journalist, even against him, that day he told me if you decided to be one, you have to be the best and do everything within journalism.

According to his own words, the true journalist should first be a writer, which is why the backbone of my career is writing. But you must also know how to present in front of the cameras and speak into radio microphones; you must be a cameraman, edit post-produce, you must know how to be a producer, and you must be a public relations officer. You should also know about advertising. In short, he gave me a difficult task.

Today, after more than 30 years dedicated to social communication, he himself has filled me with pride by telling me that I achieved what he set out to do by becoming an integral journalist.

The main pride I feel is related to the fact that I learned to develop my career in all areas. Today that is the basis of my Personal Brand, so my father is responsible for the existence of RaulDiazTV today.

However, what I like the most is presenting in front of the cameras; I feel that I was born to talk with people. This is the reason why the creation of podcasts for TV and Radio is the forte of my activities.

Perhaps what sets me apart from others is that I cover all areas of journalism and communication with equal skill. My special abilities allow me to be here in the United States today.

We love surprises, fun facts, and unexpected stories. Is there something you can share that might surprise us?
Most people ask me if I have a family, a wife, children.

That’s because never in my 30+ year career have I shown my family.

My family is my personal life, and I have never posted any pictures or referenced them publicly. I only mention that I have a beautiful family and enough.

Being exposed to public life for so long robs you of that important element that many do not value. Family privacy is sacred.

It could also be the fact that there is a brutal dictatorship in Venezuela, and that dictatorship has attacked journalists and family members. I’m not going to expose my family to any of that.

Talking about other topic, a transcendental anecdote that people do not know is that in my beginnings, the situation was very difficult, and in order to pay for my English course, I had to apply a strategy.

I mean, since I was gaining weight, I went on a diet and ate diet crackers with Gatorade. That way I saved money and paid for my English course.

I got to a point where I didn’t finish the course, and I was disappearing as skinny…jjjjj… It was worth it. 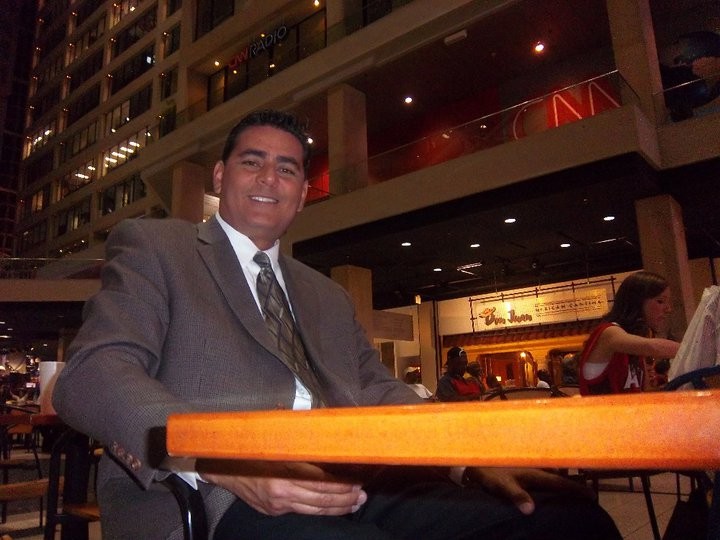 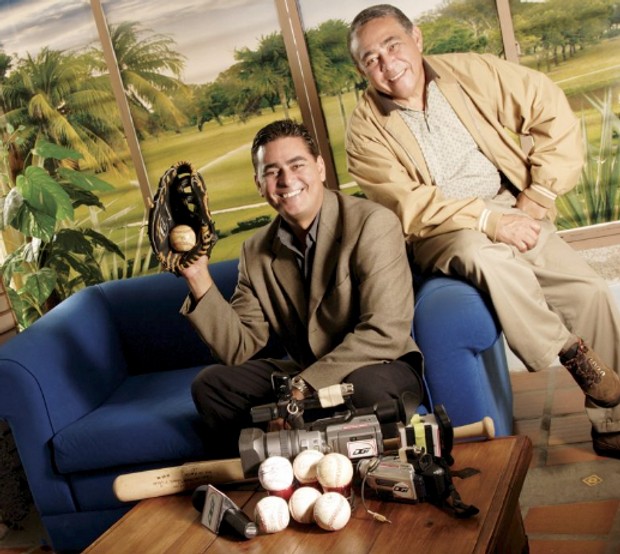 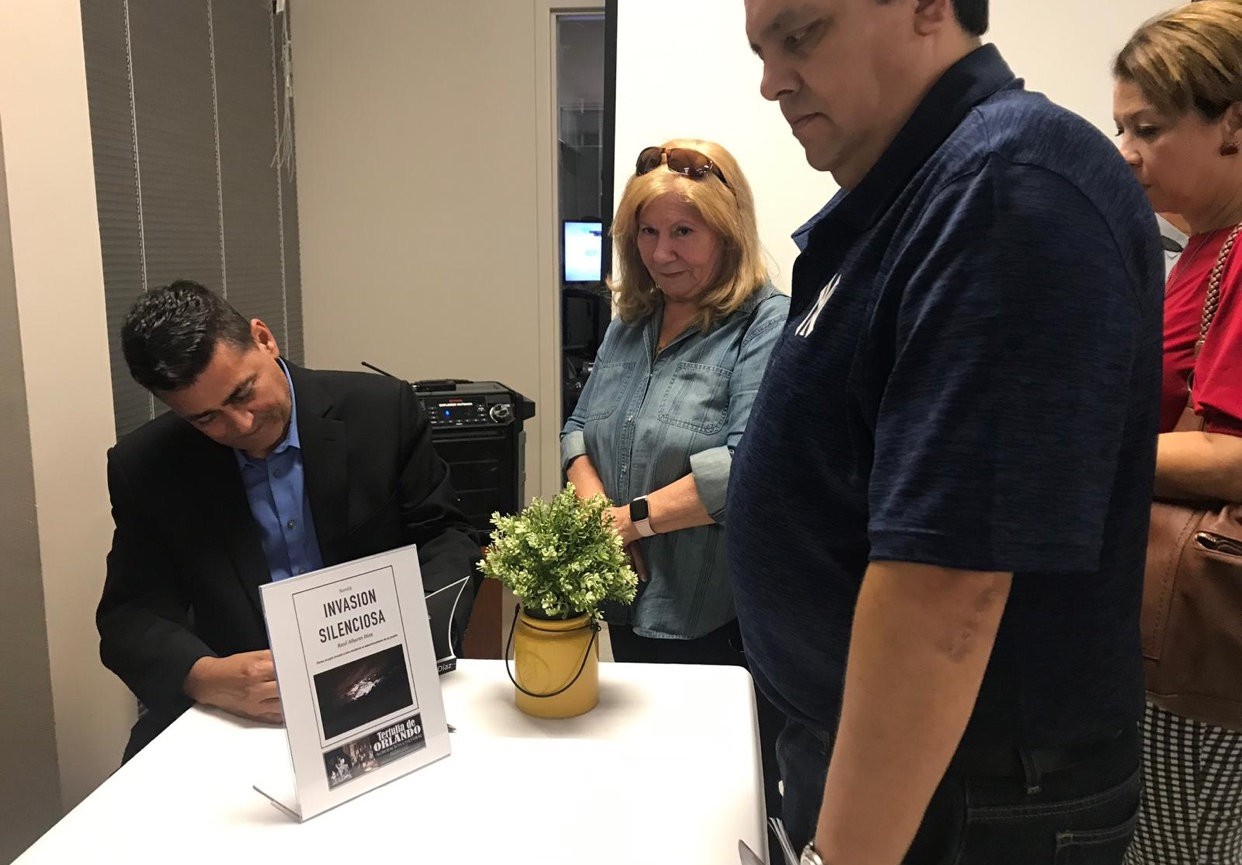 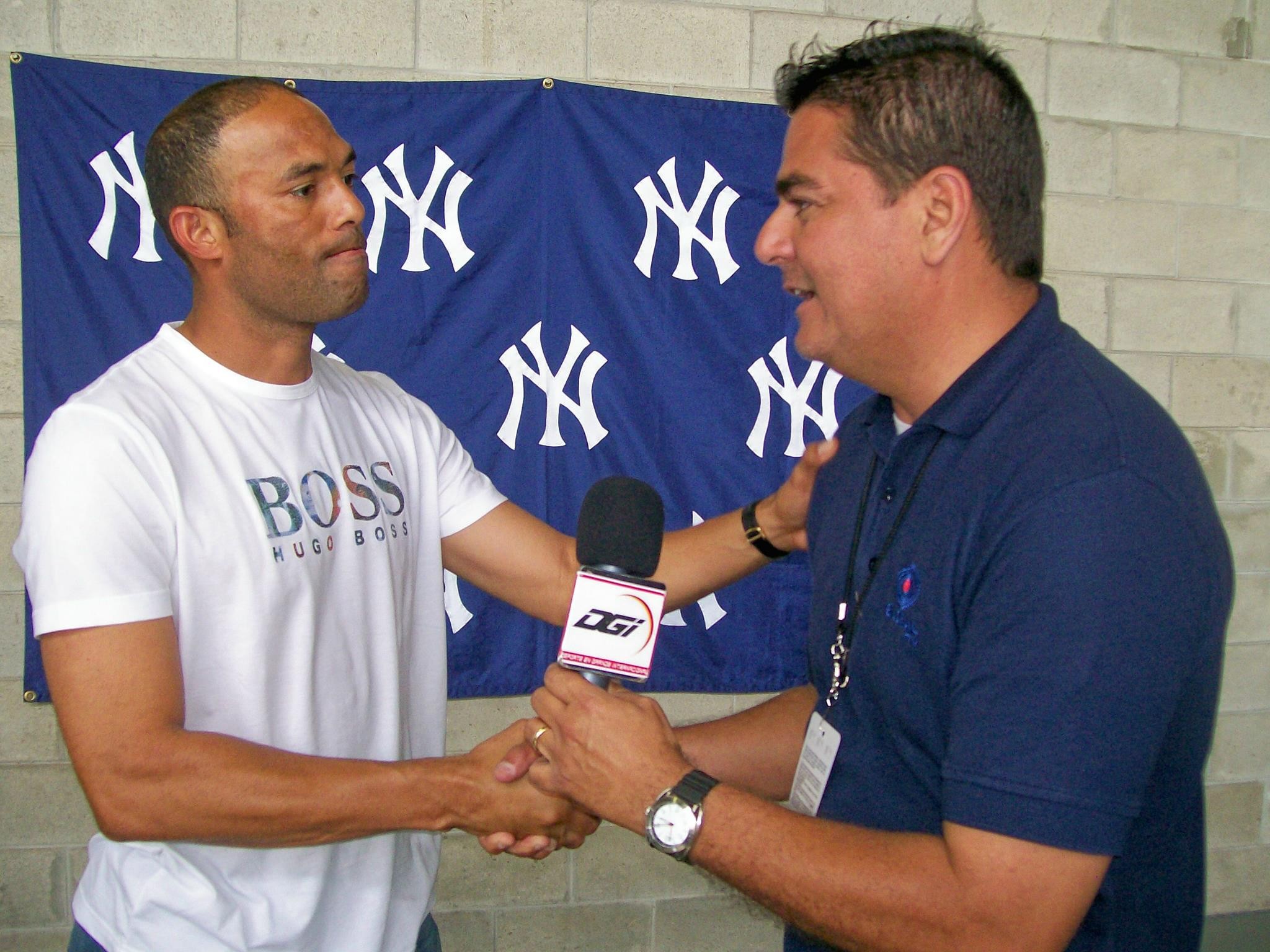 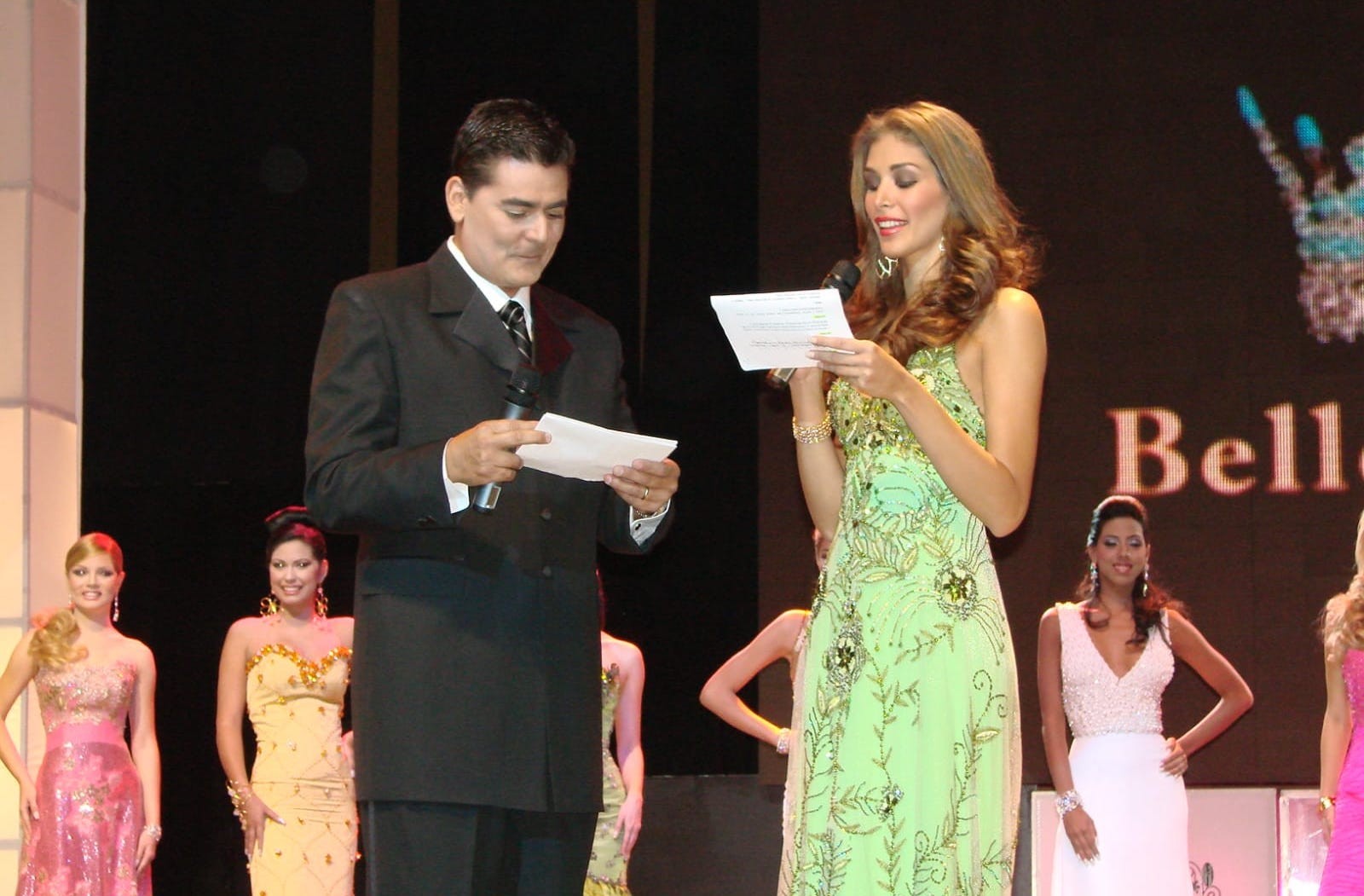 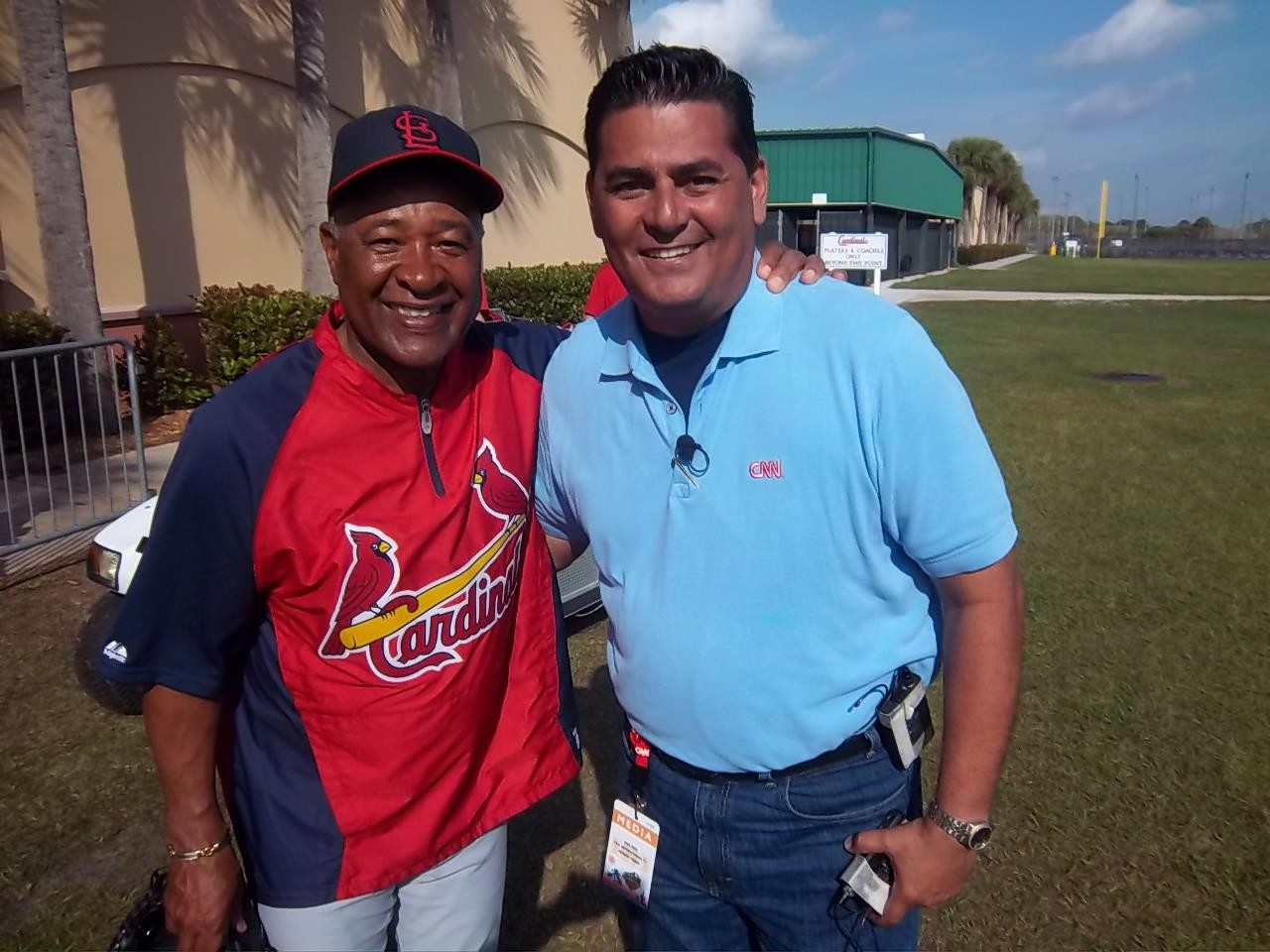 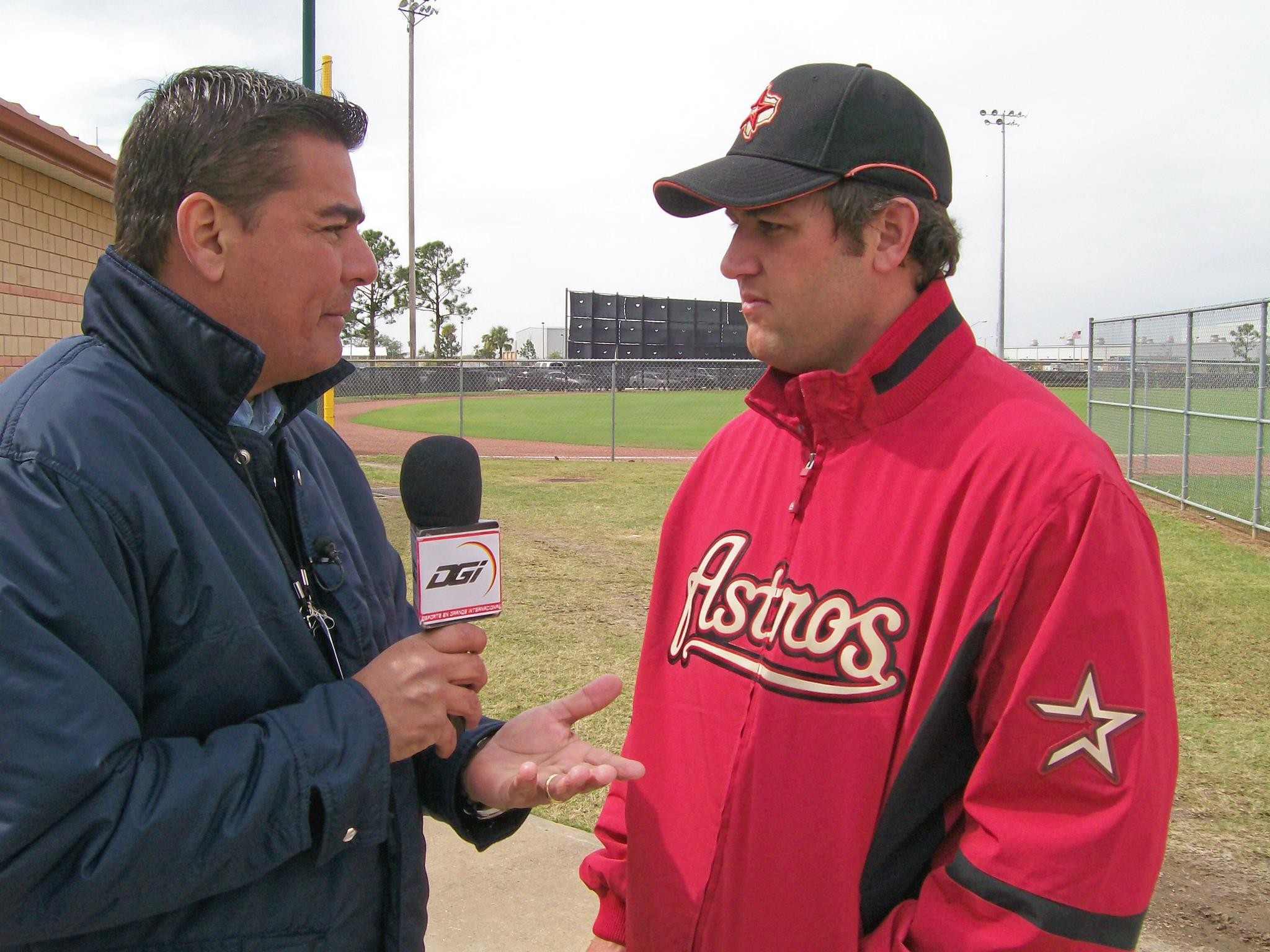 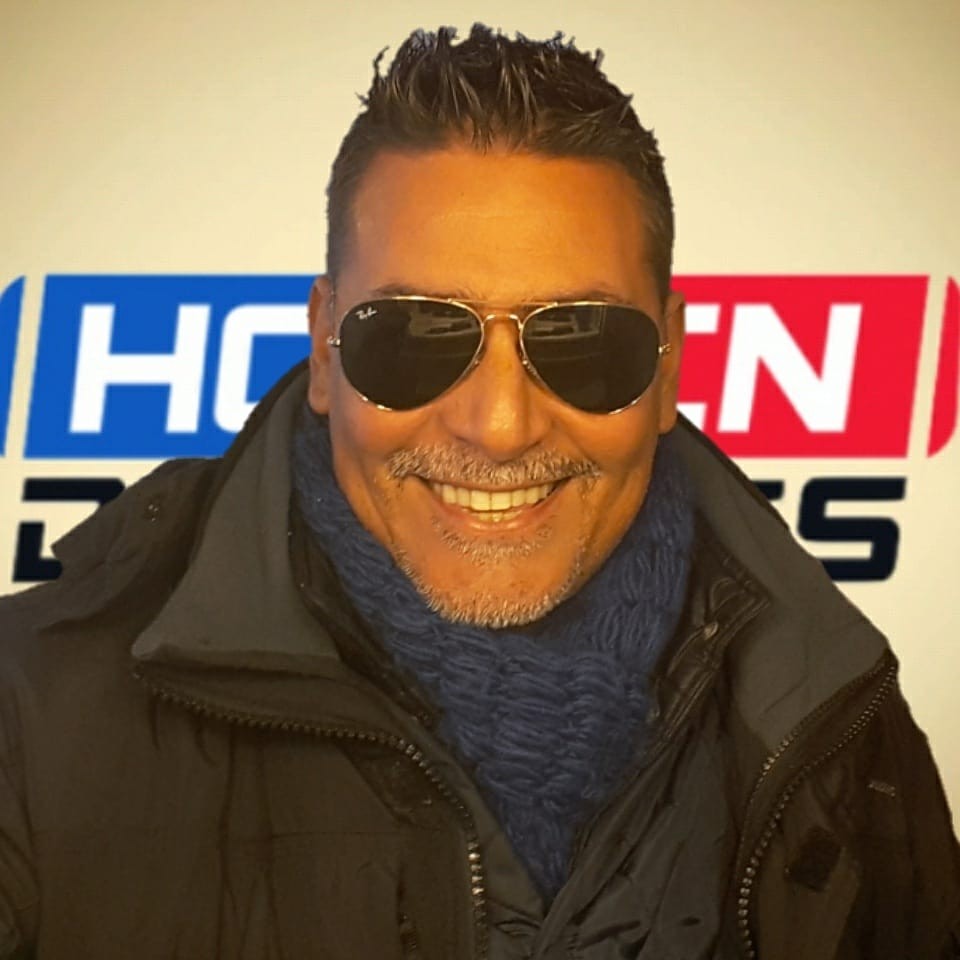