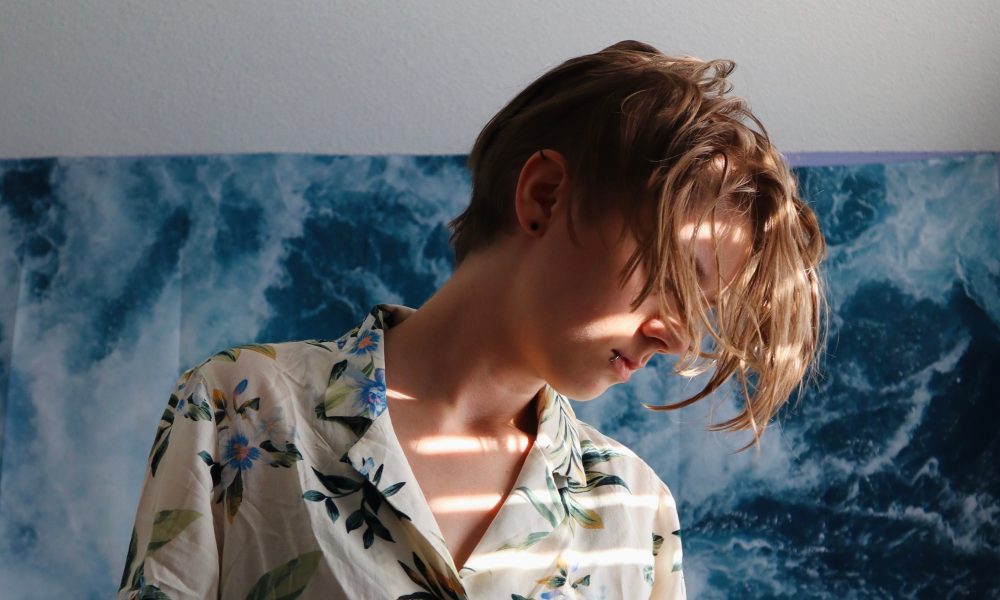 Today we’d like to introduce you to Isabelle Hyde.

Isabelle, we appreciate you taking the time to share your story with us today. Where does your story begin?
Growing up, I was horribly shy. What can now be diagnosed as social anxiety was then just me never talking in groups and making minimal amounts of friends. But, at the start of high school, I was introduced to a group of people at a camp that placed a high value on artistry and a love of others (your typical 2012 hipsters with a side of genuine kindness and wisdom), and I felt like I belonged for the first time in my life. I learned with them that everyone has a story to tell that matters and our willingness to speak up about our lives is as equally as important as listening to what someone else has to say. With my guitar skills I’d been accumulating since age ten and a blissful ignorance to how much this group would lovingly force me out of my comfort zone, I volunteered to play some songs at a bible study each week. The first time I sang in public was for eight people. I sang two songs which lasted roughly seven minutes total. The anxiety nearly knocked me out. But against all odds, I made it through that seven minute set. One person said that I sounded great, and I’ve never since forgotten how much a simple phrase can turn someone’s life around for good.

At age 16, I got a taste for punk rock and formed a band with some friends called Silence The Wolves. It was there that I learned that there are few things in life as cathartic and empowering as playing live shows. We got the chance to release two EPs together that are still available on Spotify, iTunes, etc. Though I’m not part of this band anymore, I’m really proud of what we created together and excited to see what’s to come for those friends. It was around this time that I gained an accidental following on YouTube. I recorded a cover of a song by Twenty One Pilots when I was bored on a rainy day, and people seemed to like it. When I saw I had 100 subscribers after a couple of weeks, I figured that I should make some more videos for the people that cared. Five years and 50k subscribers later, I’m doing the same thing. Today, at age 21 with a couple of acoustic EPs under my belt, I look forward to the day that I can play with a band again and tell anyone that needs to hear it that their story matters. In the meantime, I do my best to create a space for people to rest with YouTube videos and Twitch streams. Twitch, of all places, has provided connection to one of the most encouraging groups of people I’ve ever had the pleasure of speaking to during this time when it’s historically easy to feel isolated. I look forward to the day that we get to gather together in person, but for now, I’m grateful for what we’ve got.

We all face challenges, but looking back would you describe it as a relatively smooth road?
A little life secret that nobody let me in on was that nothing seems to go as planned once you hit 18. I thought the road ahead of me was set in stone. I knew there would be roadblocks, but I didn’t think the entire pathway would be dug up and repaved multiple times over. To be less metaphorical, I had to leave the band I helped start, I experienced depression for the first time and was later diagnosed with OCD, I moved away from my hometown in Texas to Florida last year, and need I mention the historical events currently happening? But, despite all of this, I think there’s wisdom that can be gained. I’ve seen firsthand that I have no idea what’s coming next. I have minimal control over what’s going to happen in my life. Things can go horribly wrong. But doesn’t that inherent truth also imply that there’s always a possibility for things to go incredibly right? Though that seems to be less common of an occurrence, it is always a possibility, and I think that’s worth holding on to.

Can you tell our readers more about what you do and what you think sets you apart from others?
I am a musician that specializes in writing and performing songs with the intention to keep you interested and to make you think. As of right now, my music is just me and my guitar, though I hope to add people to what I’m doing in the future. I’ve been told that my music is very calming and inspirational. I try to let it be a conduit for whatever people are needing from it, be that something to think about, a bit of introspection, a cathartic release of emotion, some entertainment, or simply a moment of peace.

Are there any apps, books, podcasts, blogs or other resources you think our readers should check out?
I recently started using the apps Headspace and Churchome in tandem with one another, and it’s helped my anxiety a TON. They’re both meditation apps that cover different aspects of meditation. Headspace helps with the grounding side of things (slowing your breathing, taking account of your body and how you’re feeling, etc.), and Churchome helps with the religious side of things (letting you know that God loves you and cares about you and a plan for your life, and taking a moment to pray for yourself and others). 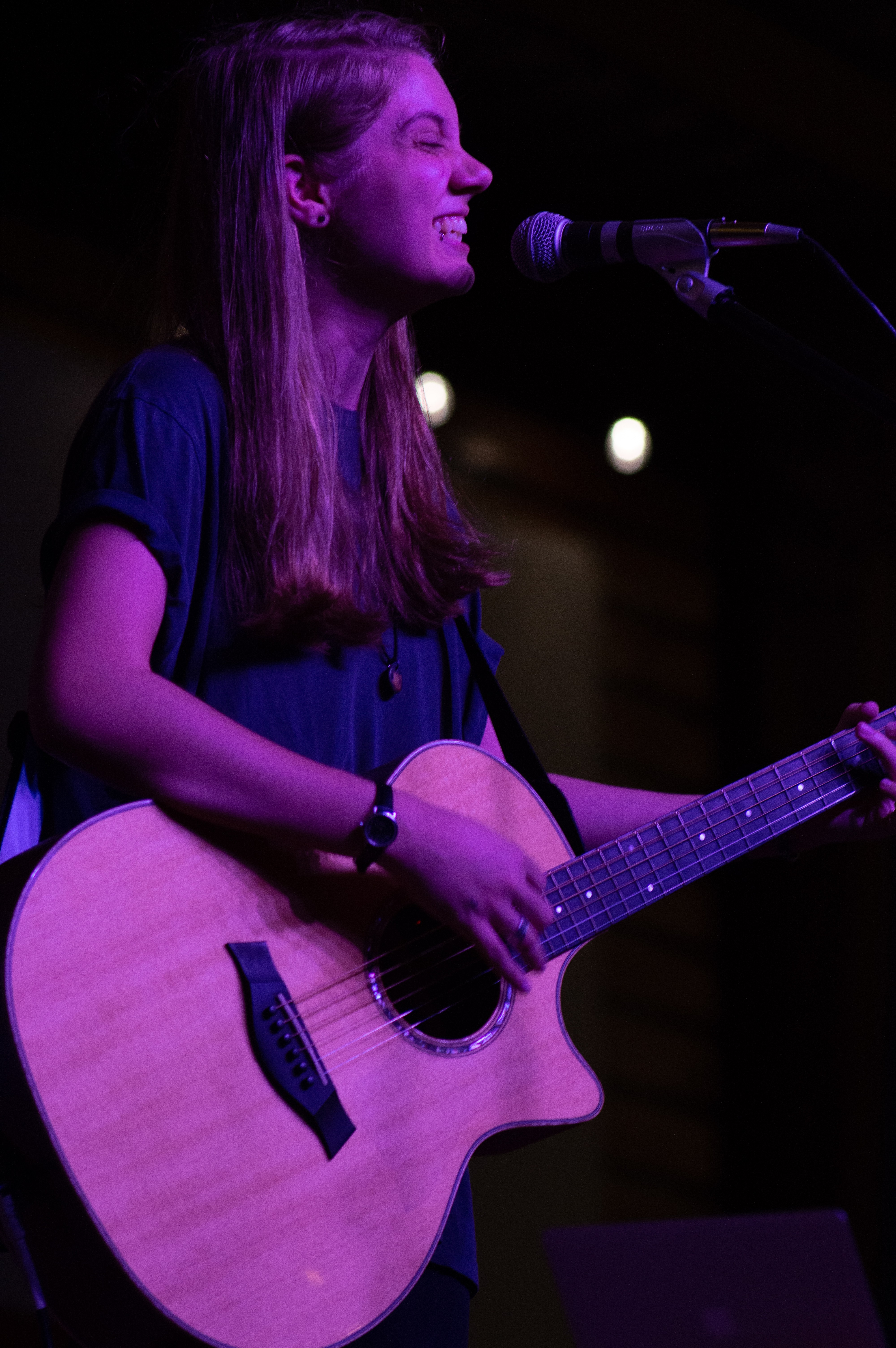 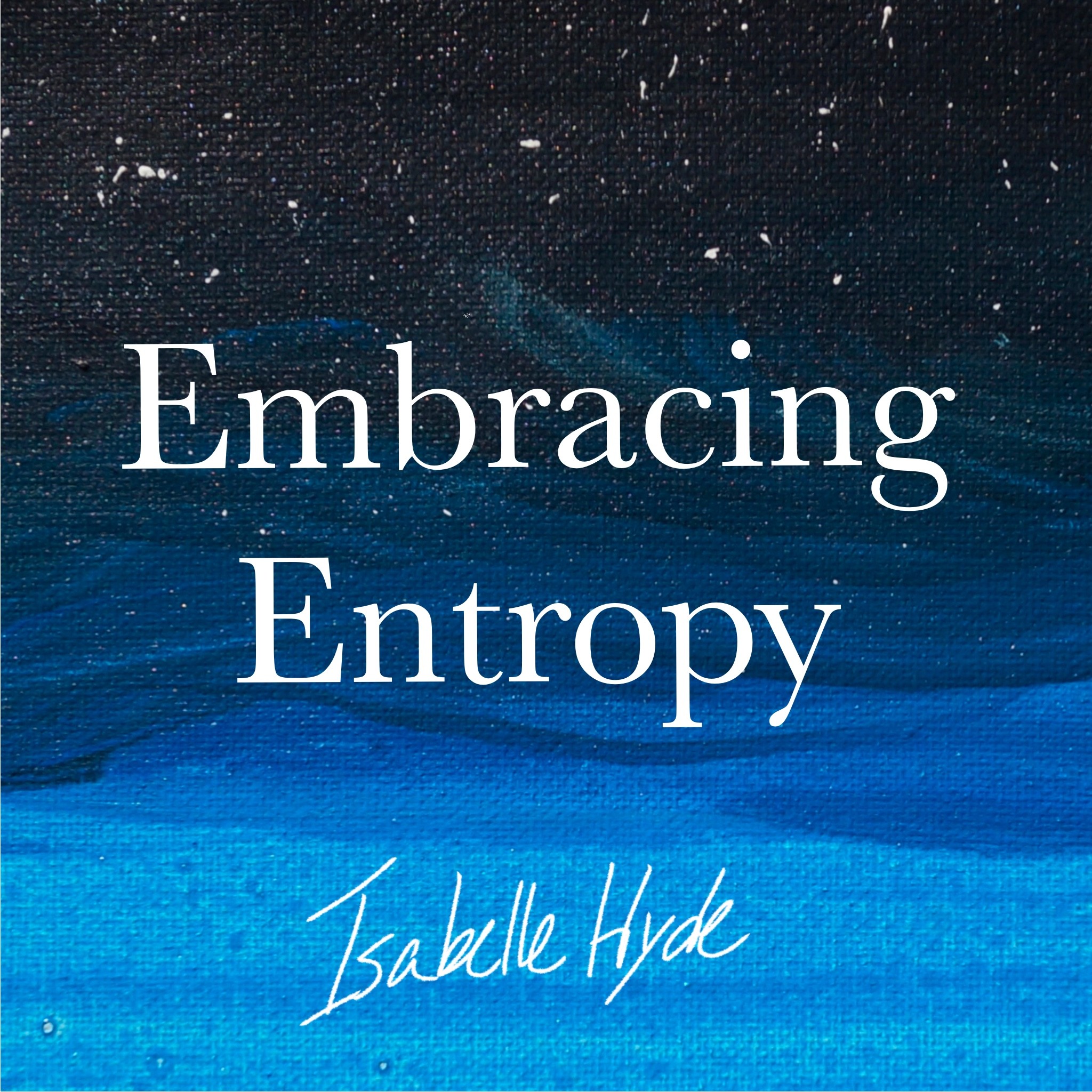 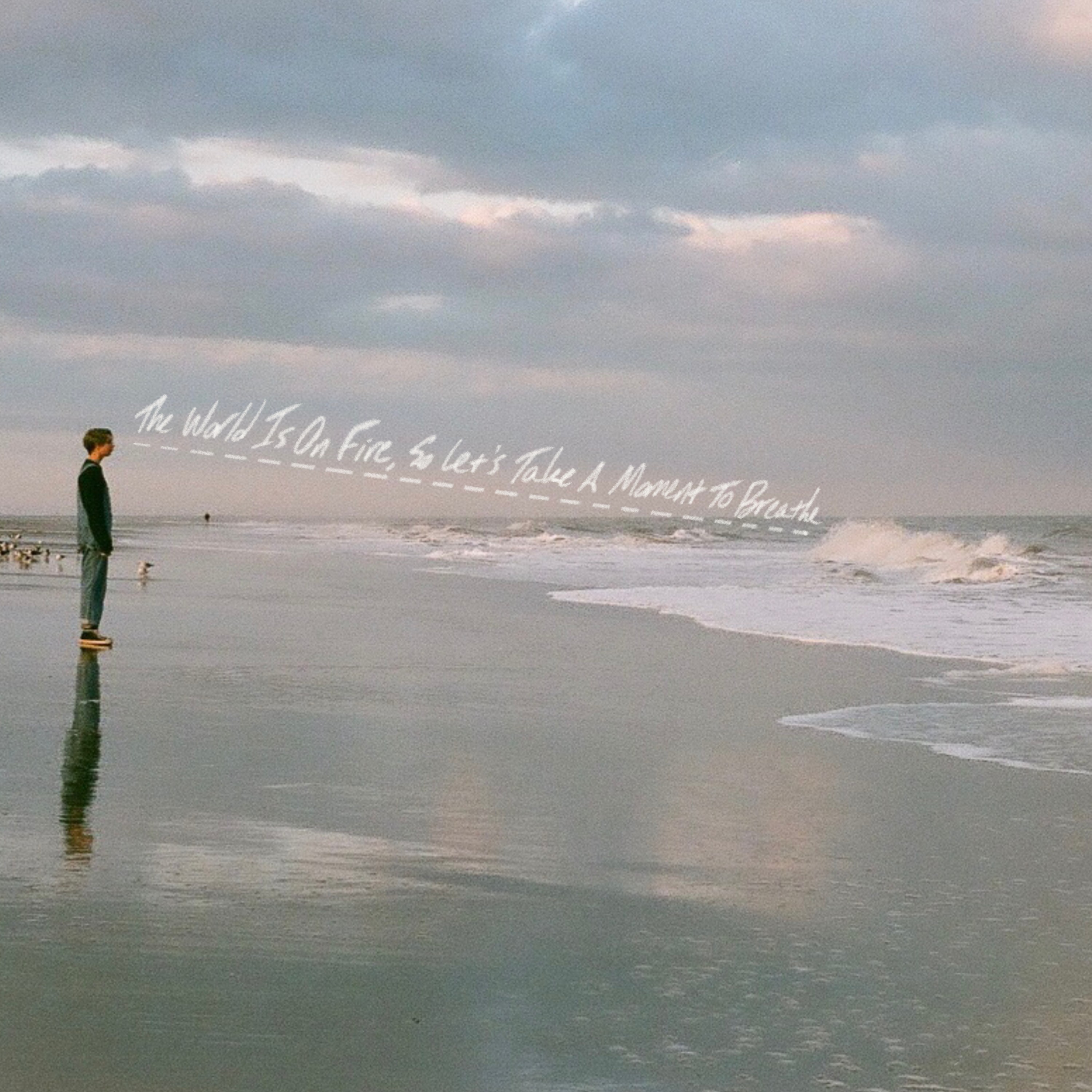 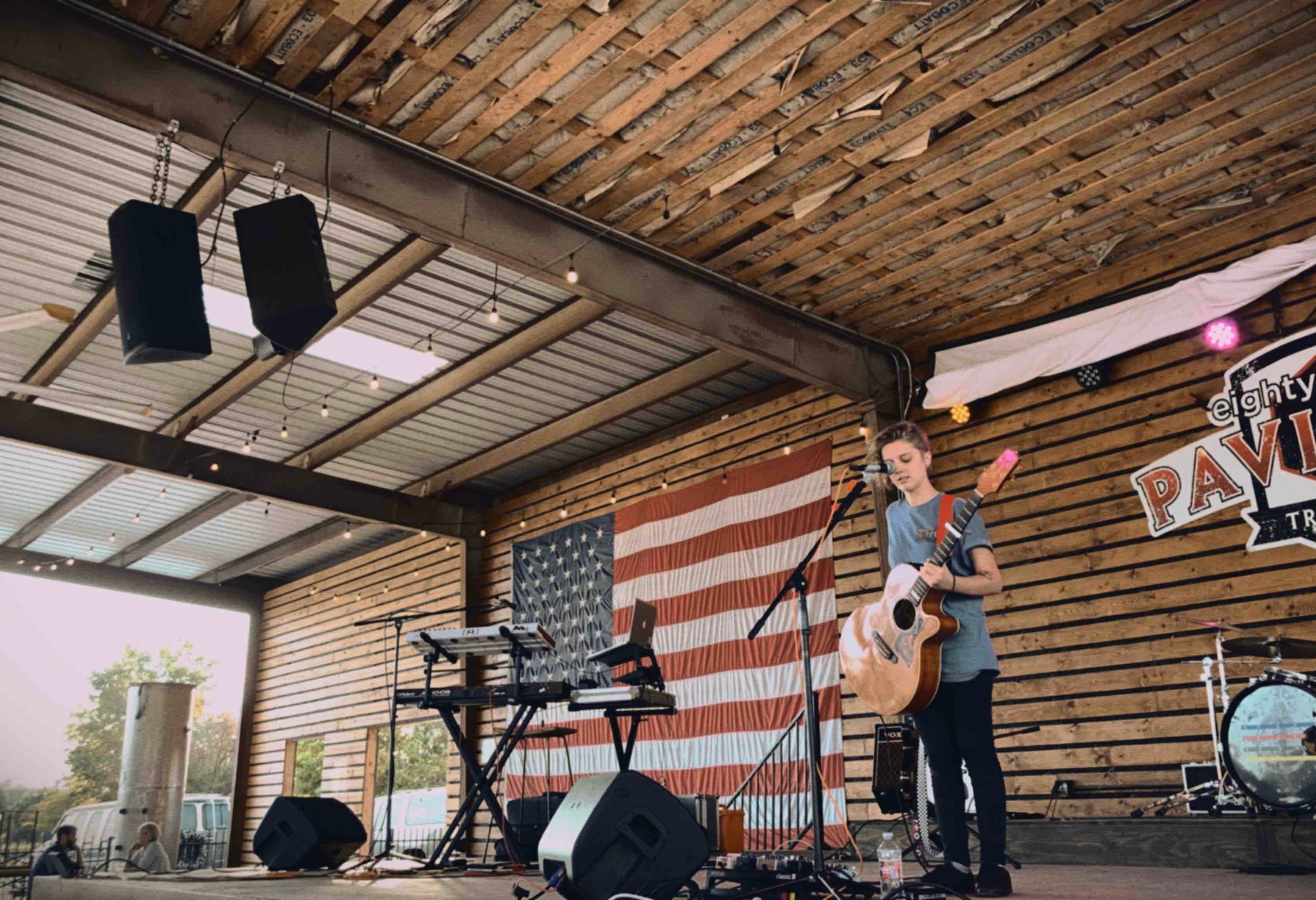 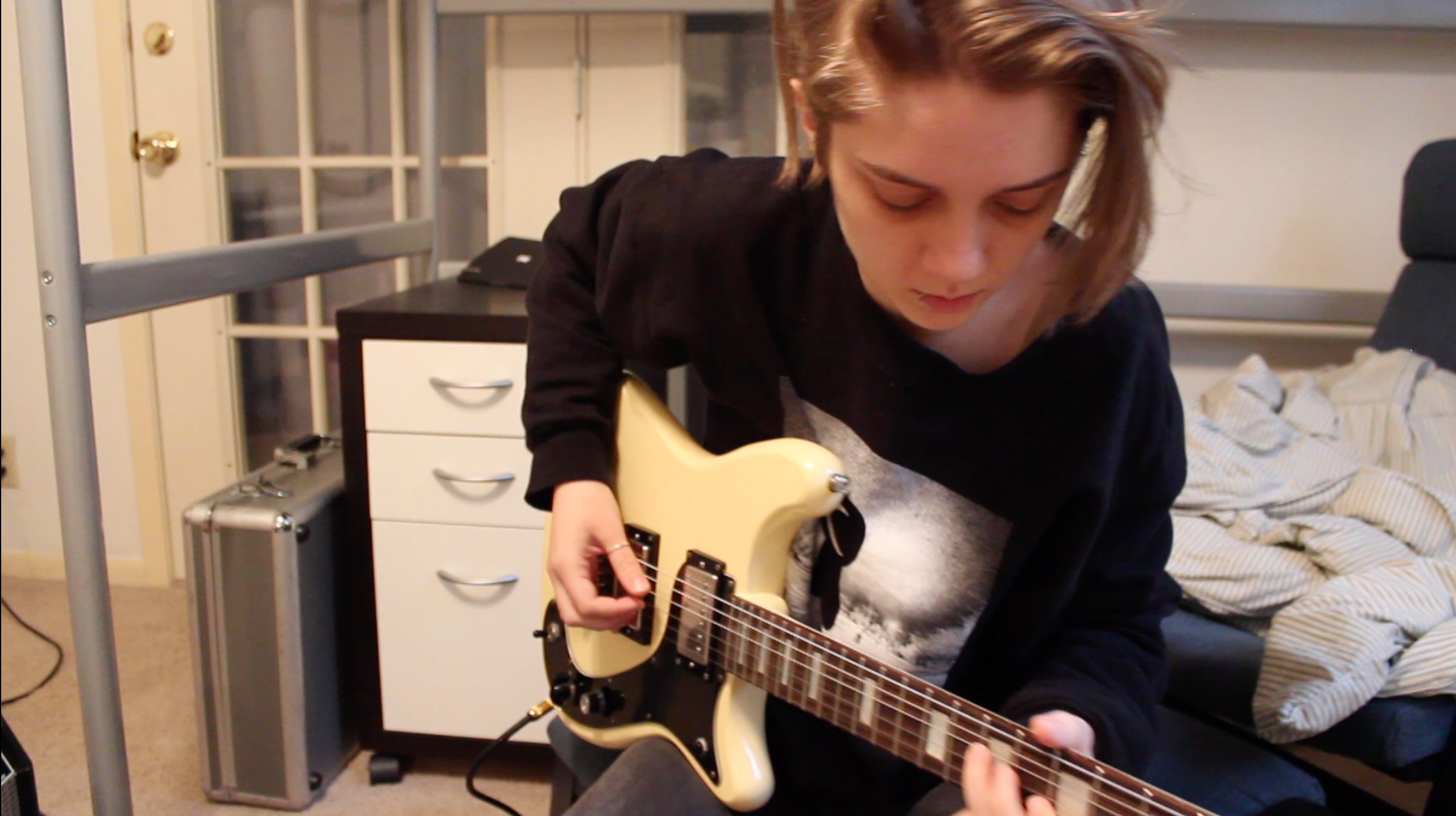 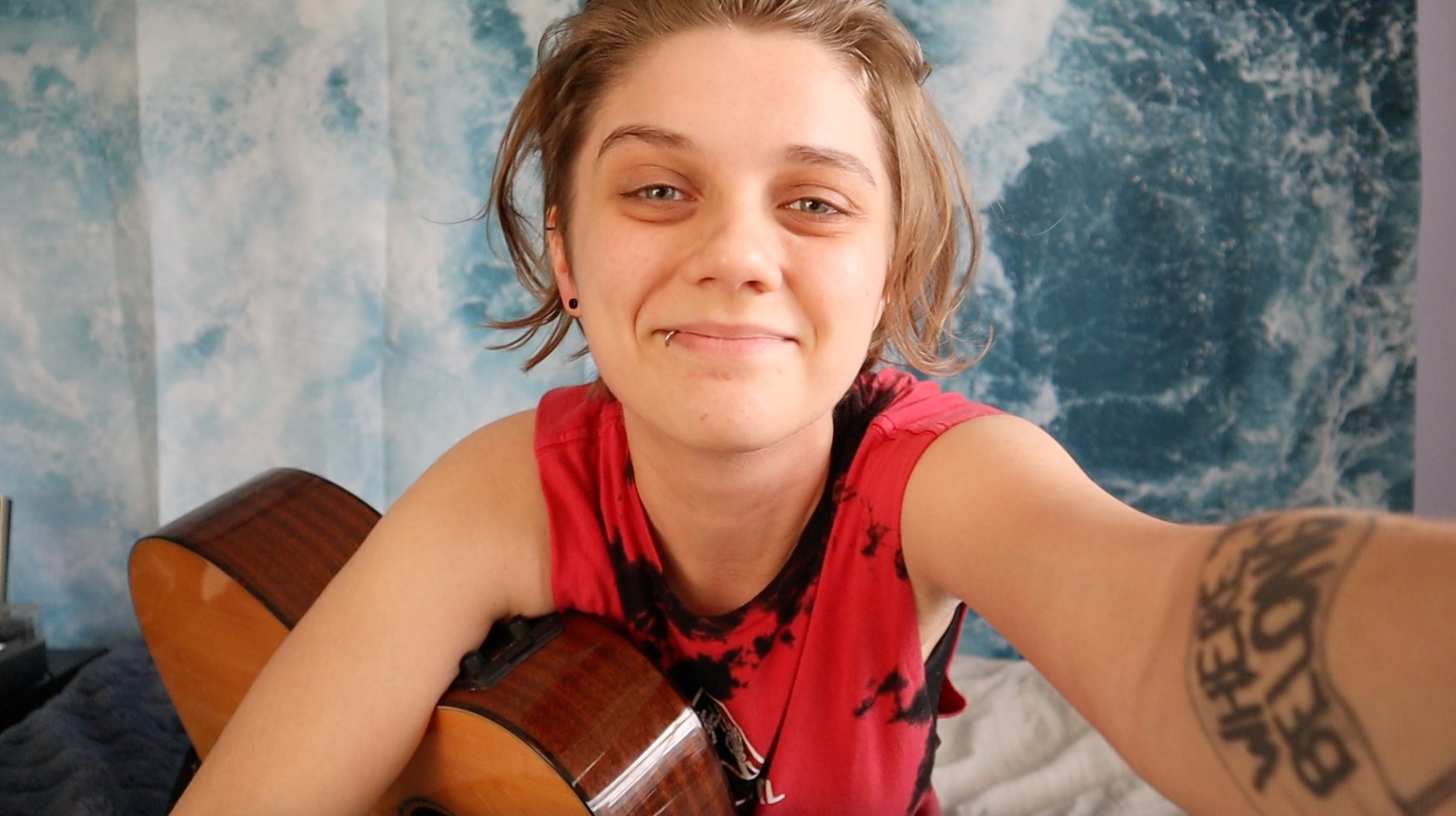