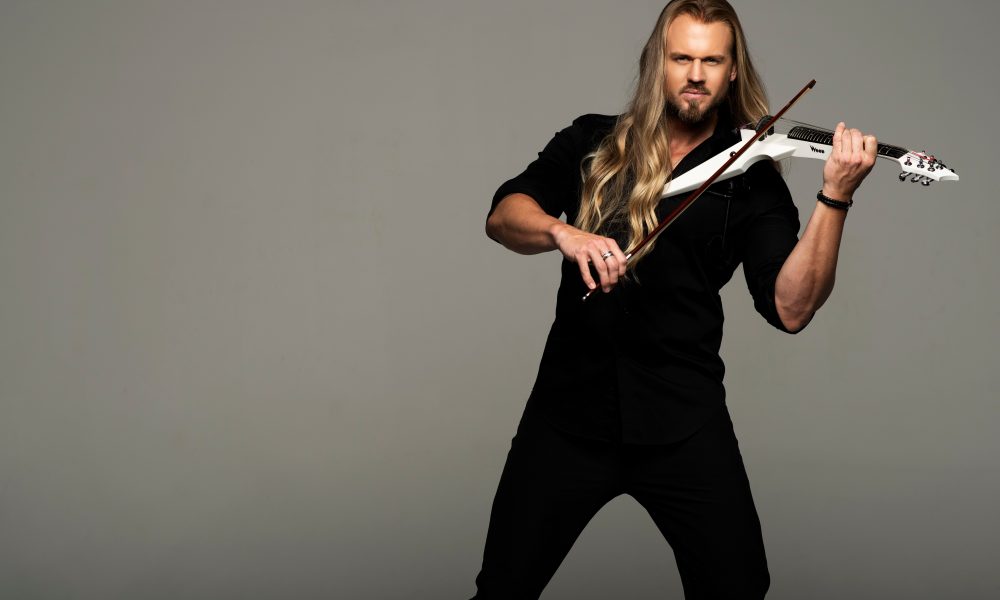 Today we’d like to introduce you to Jared Burnett.

Jared’s talent is exemplified through his innate ability to play the violin when at the age of three, he began to play and nurture his musical skills. Jared’s ability evolved not only by years of classical training but also through his mother’s love for music, which only increased his devotion to the violin. Influenced by the likes of The Charlie Daniel’s Band, Jean Luc Ponty and more mainstream artists such as Boyd Tinsley of the Dave Matthews Band, Jared’s musical style has evolved from classical to include bluegrass and jazz, contemporary and modern rock sounds. At the age of 17, he landed a spot performing with the Sydney Symphony Orchestra.

At 26 became Broadway acclaimed and known for his 6”5” muscular physique, with the mesmerizing talent to match. His unexpected ability and fine-tuned skill allow him to continue to enamor audiences while performing at New York City’s Carnegie Hall, famed House of Blues and Hard Rock Live venues, amphitheaters, arenas and restored vaudeville theaters around the nation. Jared has made personal appearances on Live! with Regis and Kelly, MTV, NBC, CBS and Fox News. Appearing with live DJ’s in various night clubs and thousands of corporate conventions around the world, Jared enjoys being a full time touring musician. He performed nightly in the Broadway acclaimed, “Cirque Dreams Jungle Fantasy” at the Broadway Theatre in New York City, and most recently opened up as a solo artist for Natasha Bedingfield, Styx, Arsenio Hall, John Lodge of the Moody Blues, and The Plain White T’s to name a few! Determined to continue to help preserve music programs in America’s public schools, Jared is teaming up with VH1’s Save the Music Foundation to present Master Classes to students all across the country, giving him the opportunity to ensure that tomorrow’s generation has equal inspiration and ability to nurture their musical talents.

Through all his work and devotion to his instrument, Jared is branching out on his own. He is creating a musical experience that showcases the art of the violin. Jared is in association with Mark Wood Music, plays the Wood Violins’, 6 String Viper Electric Violin, strings provided by Super Sensitive Music and custom in-ear monitors provided by InEarz Audio.

We all face challenges, but looking back, would you describe it as a relatively smooth road?
Sacrificing time with family and friends for holidays is probably the largest obstacle I’ve faced in this career. I’ve spent more time in hotels and away from home than I have with my own family. So, of course, there are ups and downs to face – but I’ve been so fortunate to have what I have.

As you know, we’re big fans of you and your work. For our readers who might not be as familiar, what can you tell them about what you do?
An electric violinist is performing in corporate events, weddings, award show galas, and private performances.

Any big plans?
Post covid, I would love to continue to travel and perform for new audiences daily. 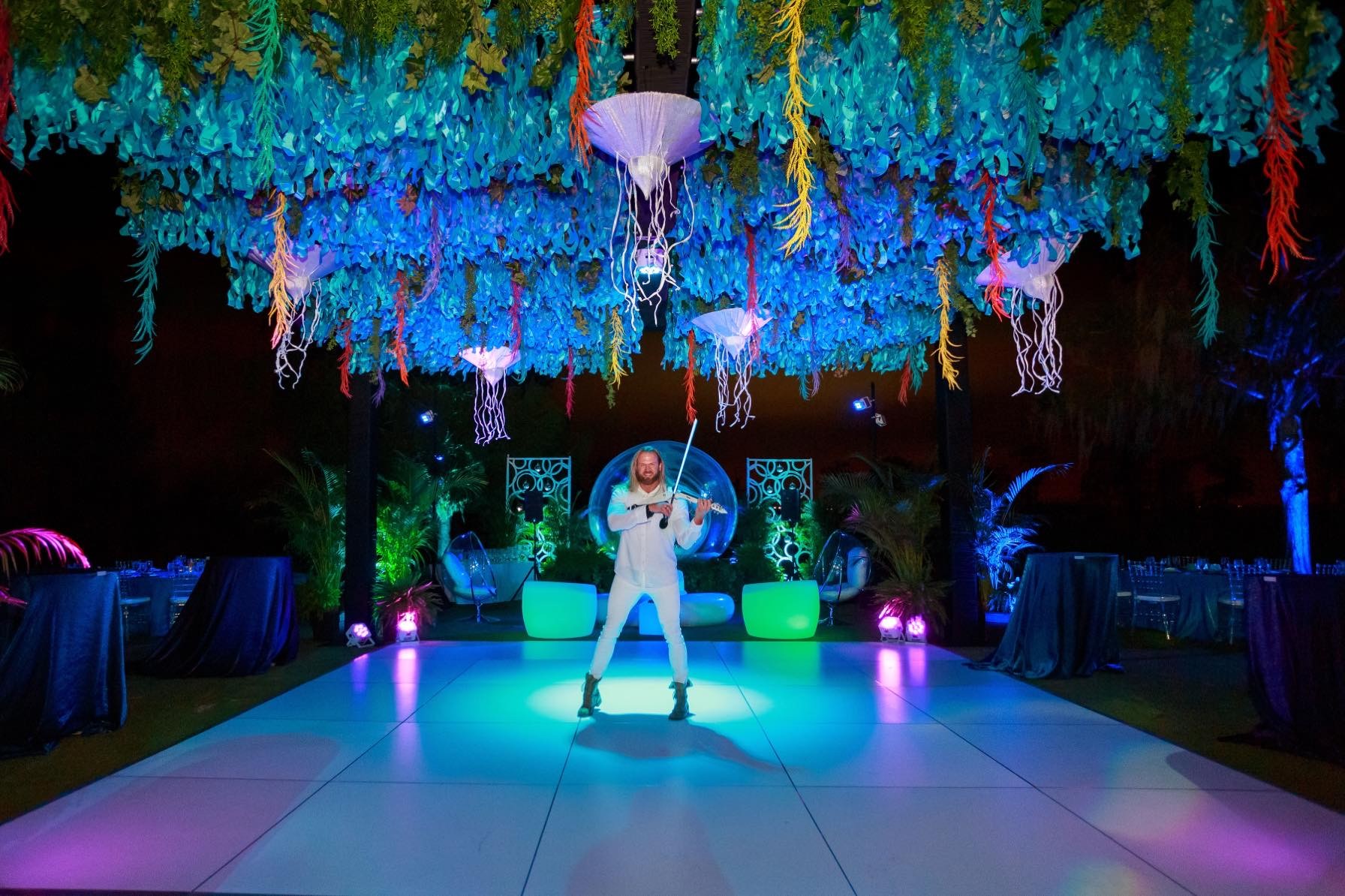 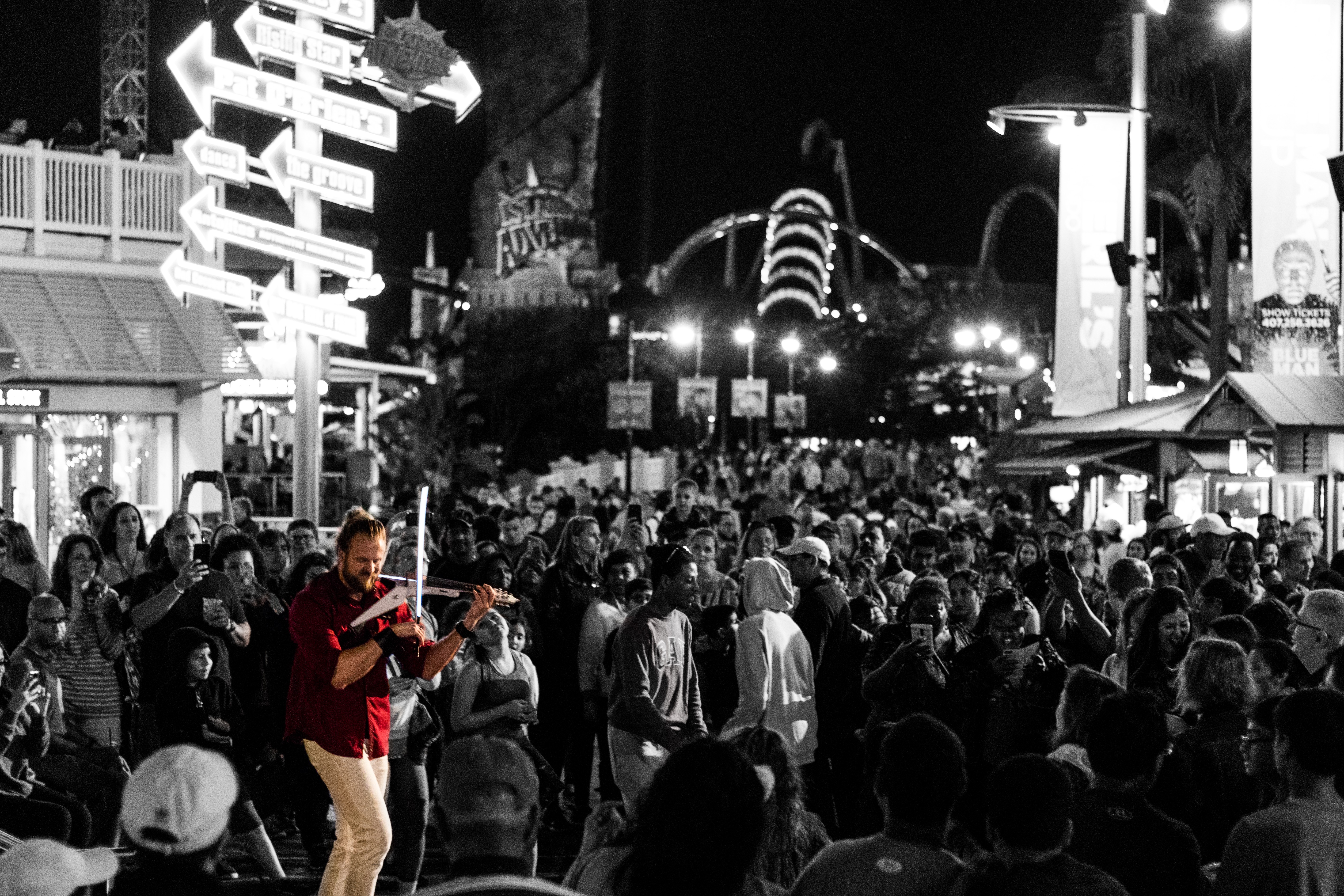 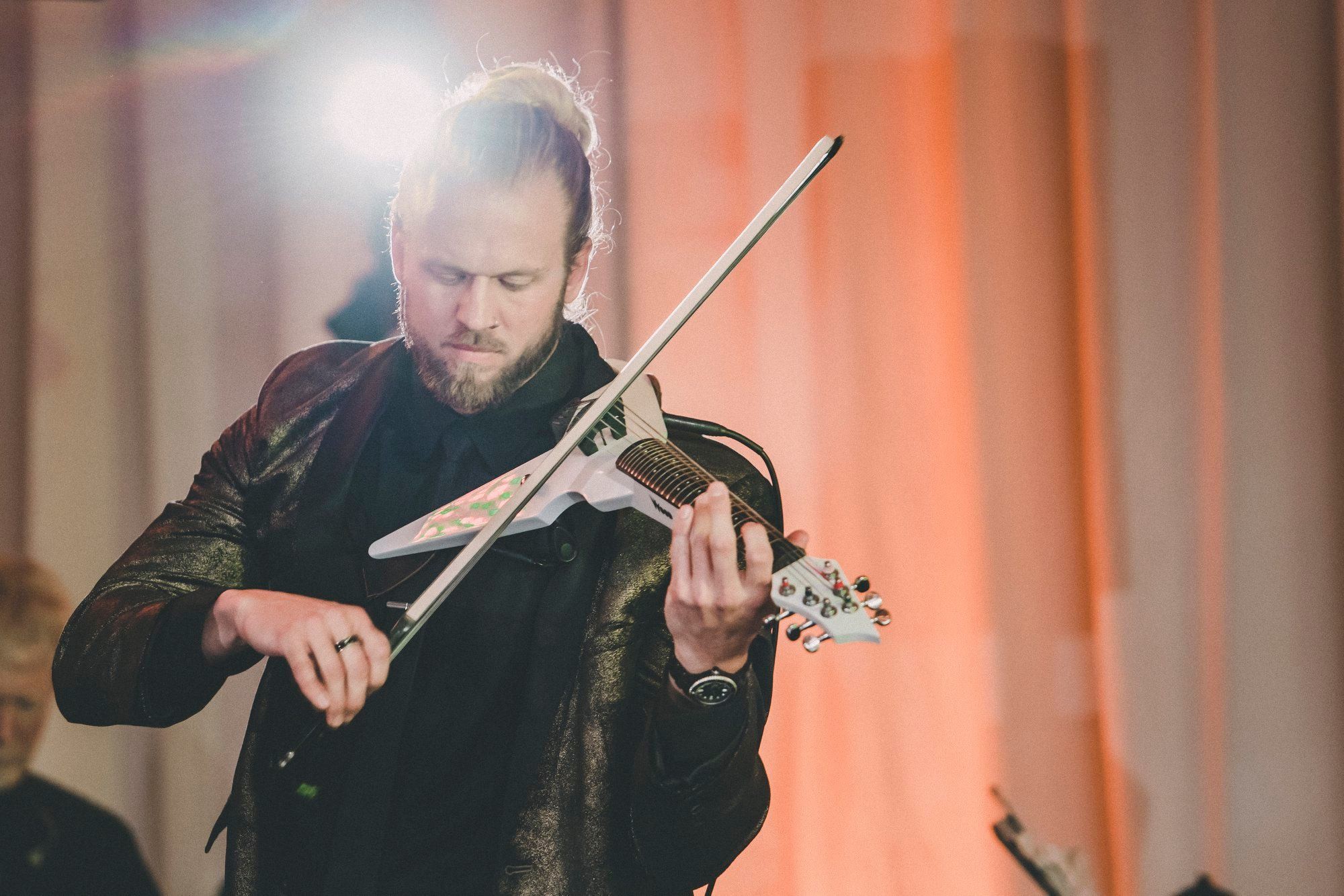