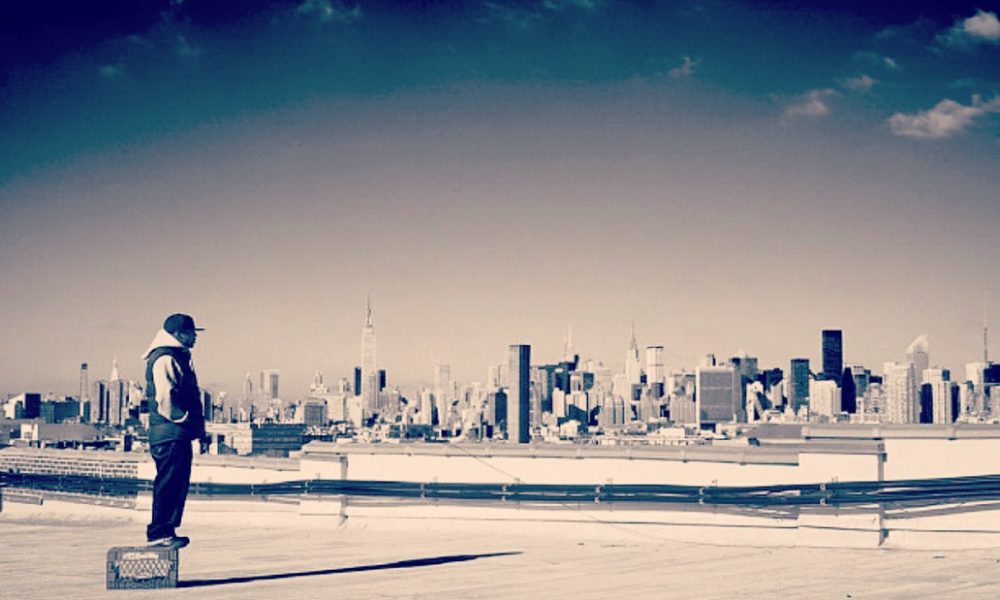 Today we’d like to introduce you to Eric “spudbrooklyn” Campbell.

Hi Eric, it’s an honor to have you on the platform. Thanks for taking the time to share your story with us – to start maybe you can share some of your backstory with our readers?
It started with me growing up in a household where everyone had a different genre of music they loved. So I grew up not understanding there were different genres, I associated music with mood. My life revolved around what kind of song was playing in my day. At the age of 13 I wrote my first song and I swore from that moment on I wanted to be an artist. I spent the next year building my craft understanding song structure and expression. Within the next year I faced one of the most tragic events in my life, my mother had passed away from a heart attack.

Not understanding how to express myself in the sadness I fell in a deep depression and became isolated in my own feelings. A year after that I was sentenced to life in prison for murder. Taking part in a crime I was sentenced under the felony law of New York state. While in prison one thing remained the same, I had music. Music was how I kept my sanity, it kept me going, kept me strong and I continued to write music as a way to express myself not having an outlet while incarcerated.

My family decided to move to Florida, they figured a new setting once I was released would be better for me to start without any prejudice of my past. I remained in prison for 13 years before I was released at the age of 28. When I was released I realize there are so many youths who are facing the same exact thing that I faced as well as experienced and remembering how music was there for me every step,   I wanted to apply that in some way.

So I gave my dream goal another chance of being an artist. While I was pursuing my artistry and making my way in the industry working with Jive records, songwriting for many artists, I realize there’s a deeper passion to helping the community more than helping myself. I took all the money that I had and I opened up a studio. Everyone laughed at me, even called me crazy, because I didn’t know how to engineer but I had this passion and needed a base, a source, a place to create and also invite other creators to come.

This was the best decision of my life. The studio was a safe place where artists can come and create. I was able to do mentorship without even knowing it. I was sharing my story with juveniles and young adults, telling them to stay clear and be more aware of their surroundings. In the process of that I started to write out a curriculum. I needed something on paper that I could transfer and express to other establishments. Spud Inc, my nonprofit, Some People Understand Differently was Born. I was able to use music as an alternative approach to decision-making in young adults and juveniles. At the same time still pursuing my artistry, I started to realize the business aspect was a part that gets neglected. Learning how many others fall short due to the lack of knowledge, I dove deep in it. I began to understand the depth of the music business to a point where companies would call me in to look over their paperwork. I’ve brokered deals for artists. I’ve looked over contracts, I’ve helped renew contracts, and I realize there was an insight that I had that was adding to my passion of music that was useful. This is when the major labels got involved and they started inviting me and my partner Sincere Capers to come and advise for them. It started with just the love and passion of music and till this day music is the roots of everything I do.

Can you talk to us a bit about the challenges and lessons you’ve learned along the way. Looking back would you say it’s been easy or smooth in retrospect?
It was a very rough road. Being released from prison I had to build community trust. It was also difficult financially not being able to maintain a paying job. I worked at a laundromat making $120 a week for 3 years. I had to balance this amount of money between creating a recording studio as well as feeding myself and a newborn baby in which I had in the same year of my career move. Another struggle was competing in a market where many of the participants graduated from some of the most prestigious schools named and I only had a passion and love for it.

So I had to make a lot of sacrifices. I spent every single dollar that I had to open up a Recording Studio, jeopardizing my shelter, feeding my family, and paying my bills. At the same time, I was on parole which didn’t believe in my vision, and felt like I was leading myself into a rabbit hole creating unrealistic goals that I wouldn’t be able to accomplish. So parole did everything in their power to keep me from doing music.

One of the biggest struggles that I face was belief….there were a lot of loved ones who didn’t believe in my dreams and my visions. I understood this but it was something that I had to do.

As you know, we’re big fans of Some People Understand Differently SPUD.inc. For our readers who might not be as familiar what can you tell them about the brand?
My organization focuses on outreach. We intertwine the arts, focusing on music, but not limiting it too that. We use the phrase, “life imitates art” and allow our participants to create an artistic expression exposing their deep true feelings towards life and within it we are able to pinpoint the needs. Just like the edits in art, whether it’s music or drawing,  you’re able to fix, repair, and make changes. So within the arts we asked them to change the things that they would like too in real life and then they have a blueprint on the ways they can actually do it truthfully. What sets us apart for many organizations, we can’t sit still. We have programs in prisons. I actually drive five hours going to a prison, run an hour program and drive five hours back home. We have programs in public schools, churches, in-home, even community base programs we have set up on the go. Expression is a big form of communication and what better way to express it in the arts…. that’s what our program is based on.

What matters most to you?
Opening the minds of people. Whether it is being naïve or conditioned from the lack of experiences, sometimes the things we do aren’t healthy and we don’t even realize it.

Opening the minds to different experiences, different aspects, Opening different forms of thinking is the most important to me…..because the mind is the most powerful thing in this world and if you don’t fuel it, you waste it. 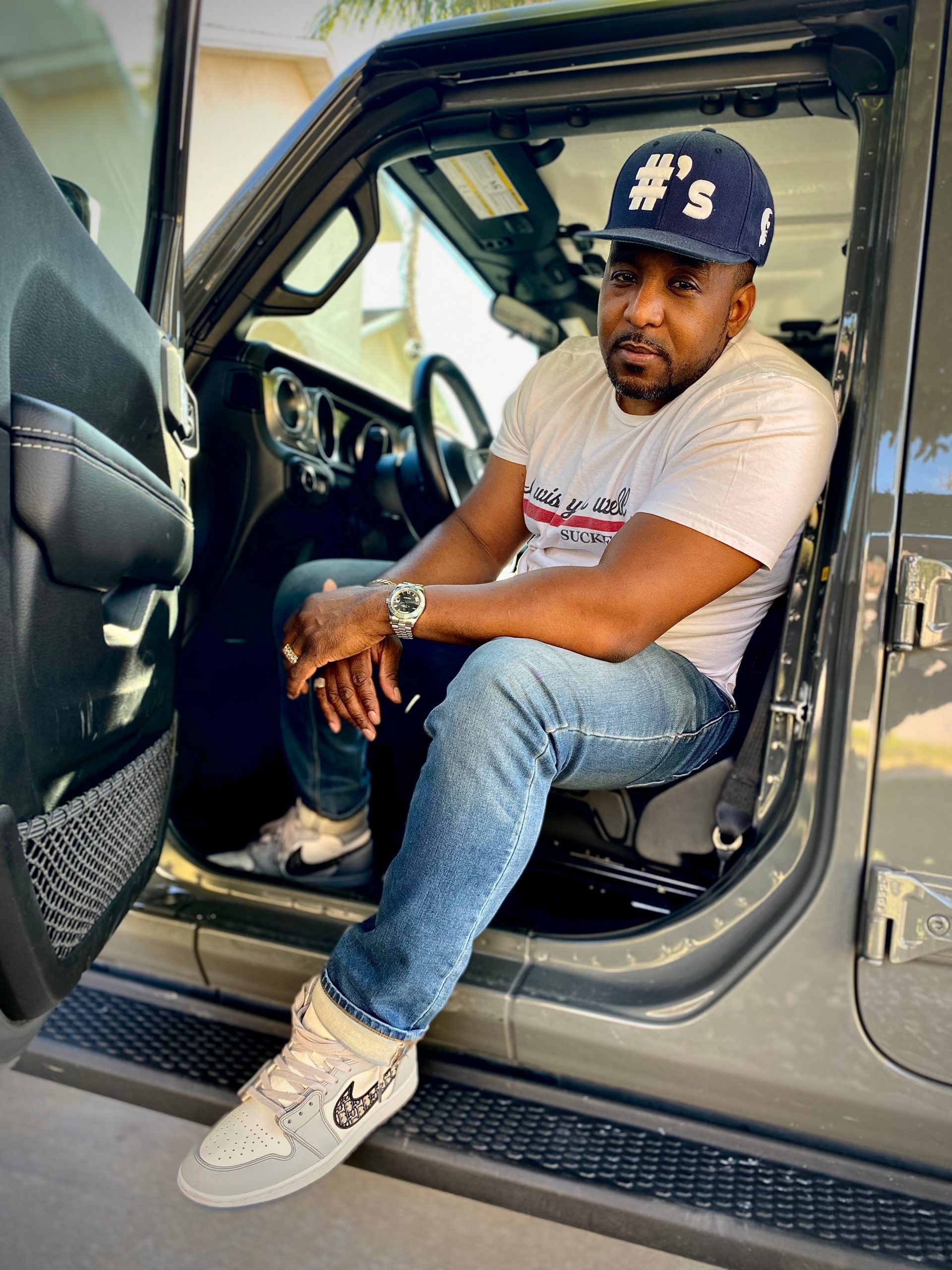