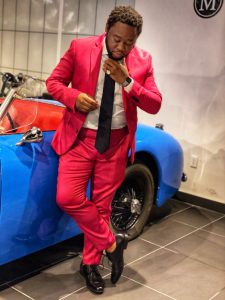 Today we’d like to introduce you to Ricky Hightower.

Hi Ricky, thanks for joining us today. We’d love for you to start by introducing yourself.
I got into the entertainment field while I was living in Gainesville, FL. I started out as a street promoter for one of the local clubs. I was on a team that traveled from city to city with the club owners and managers. While working with that team, I was exposed to a different side of life. I’ve met and hung with athletes, actors, music artists, producers the list goes on.

Even though I was in school studying fashion merchandising and product development, I knew the entertainment world was for me. I moved up from street team to team lead and was in charge of my own five man crew. I later linked up with some fellas from Ft. Lauderdale that put me on their weekly event called 4 Play Fridays at the Panda. We used to have the city going crazy every Friday night for almost two years. Those guys became family and showed me the game to event planning other than just street promoting.

I graduated from community college and moved to Orlando, FL to attend the University Of Central Florida (UCF). While at UCF being on a promo team was the thing to do if you weren’t Greek and I loved the entertainment life so it was natural for me to get back into the promoting life. I was new to the area so I had to get myself known quickly to help build my brand. I got involved with multiple different student orgs such as Men Of Integrity, Black Student Union, Caribbean Student Association and a few others. Later on in my college career, I joined Kappa Alpha Psi Fraternity Incorporated The Lambda Omega Chapter.

The promo team I was with played a major role in dope events held for UCF students, such as Classic Mayhem, FIDIL (Fxck It Do It Live) and our signature event Grad Bash & much more. I eventually branched off from that promo group to start my own. My friend and I started a group called Young Fly Professionals YFP for short. We had a team of some really dope individuals which made for one hell of a squad. With YFP, I developed my contract writing skills, negotiating tactics and also built relationships with a few venue owners.

While running my promo team with my partner, I developed connections with a few west Orlando promoters that noticed the work my team & I were putting in. With those connections that opened the door for us to get into some really dope venues back then like ROXY’s, Fire Stone, Dragon Room and the list goes on. I rocked out with YFP for about two years before I suffered a major injury that left me unable to walk for almost a year. I tore both of my patella tendons in a freak accident at a charity event. During that time, my promo team had for a lack of better words fell apart once I went down.

When my team broke up, it left me in a bad spot because I couldn’t do anything about it because I was in a walker and secondly once you take a break in this industry, you start losing your relevancy in the market. I didn’t give up because this was something I enjoyed so while I was pushing myself to walk again, I was pushing myself to make a major come back. That’s when BLAK TIE PRODUCTIONS LLC (BTP) was born. I gained a mentor who was and still hosting major events across the country. I planned and executed many events under BTP such as Turn Up The Knight, Firm Weekend & Grad Knight just to name a few.

Today I operate as “GET LIT WIT RICK” this is my rebrand of myself. This name helps to show the energy that I bring and put into every event I plan and or host. My motto is “I’m At Where It’s Lit” and my event lineup is referred to as the “Lit LineUp”. When I go out, I enjoy my night like it’s my last because there was time where I couldn’t move like wanted to so I don’t take it for granted.

I’m sure you wouldn’t say it’s been obstacle free, but so far would you say the journey have been a fairly smooth road?
This road in entertainment won’t ever just be 100% smooth sailing, with growth comes growing pains and I’ve had my share. I’ve had to learn lessons the hard way, such as paying attention to how contracts are worded. I had a venue owner put in the contract I will have full control of “a” door but not the word “all”. When the venue worded the contract in that manor, it put me at a disadvantage when the club owner opened a second door to the club on my event. Majority of issues in the industry are people based because attitudes, pride and greed cause people to do negative things.

Alright, so let’s switch gears a bit and talk business. What should we know?
What I want people to know about my company is it’s called BLAK TIE PRODUCTIONS but my personal brand is “GET LIT WIT RICK”. I specialize in event planning, marketing and event execution. I’m known for the amount of energy I bring to each and every event whether I’m hosting it or planning it, that’s the same thing that sets me apart from others. The thing I’m most proud of brand-wise is the amount of support I receive when people get a chance to experience me, I feel like I leave a memorable impression. What I want people to remember about me and my brand is no matter when or where I’m at I’m going to make sure I keep the vibes up and the energy even higher. I’m available for hosting, collaborating or even event consulting. I want to see everyone win and everyone have fun.

We all have a different way of looking at and defining success. How do you define success?
I define success by the amount of happiness you give and bring to your life and others. 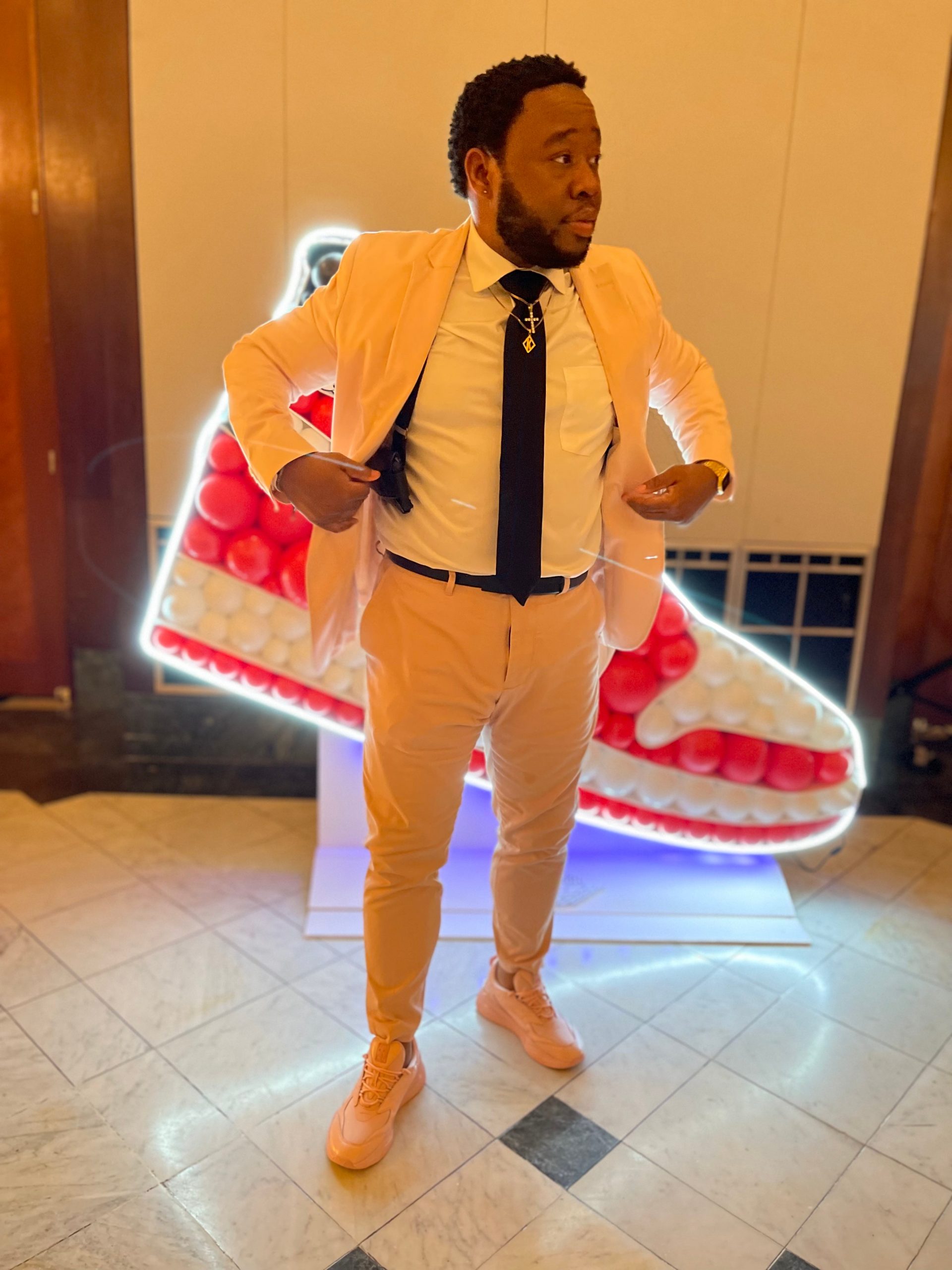 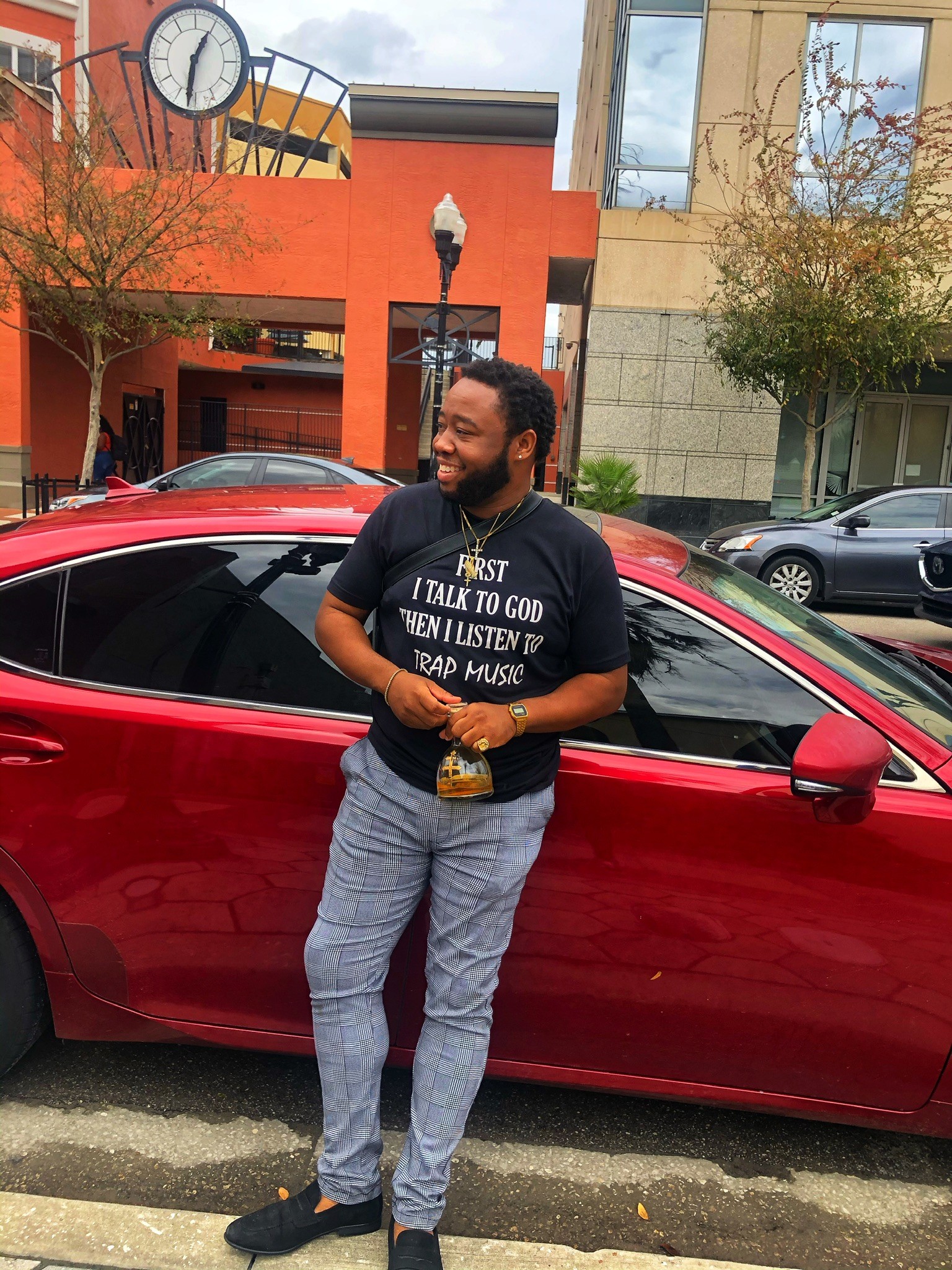 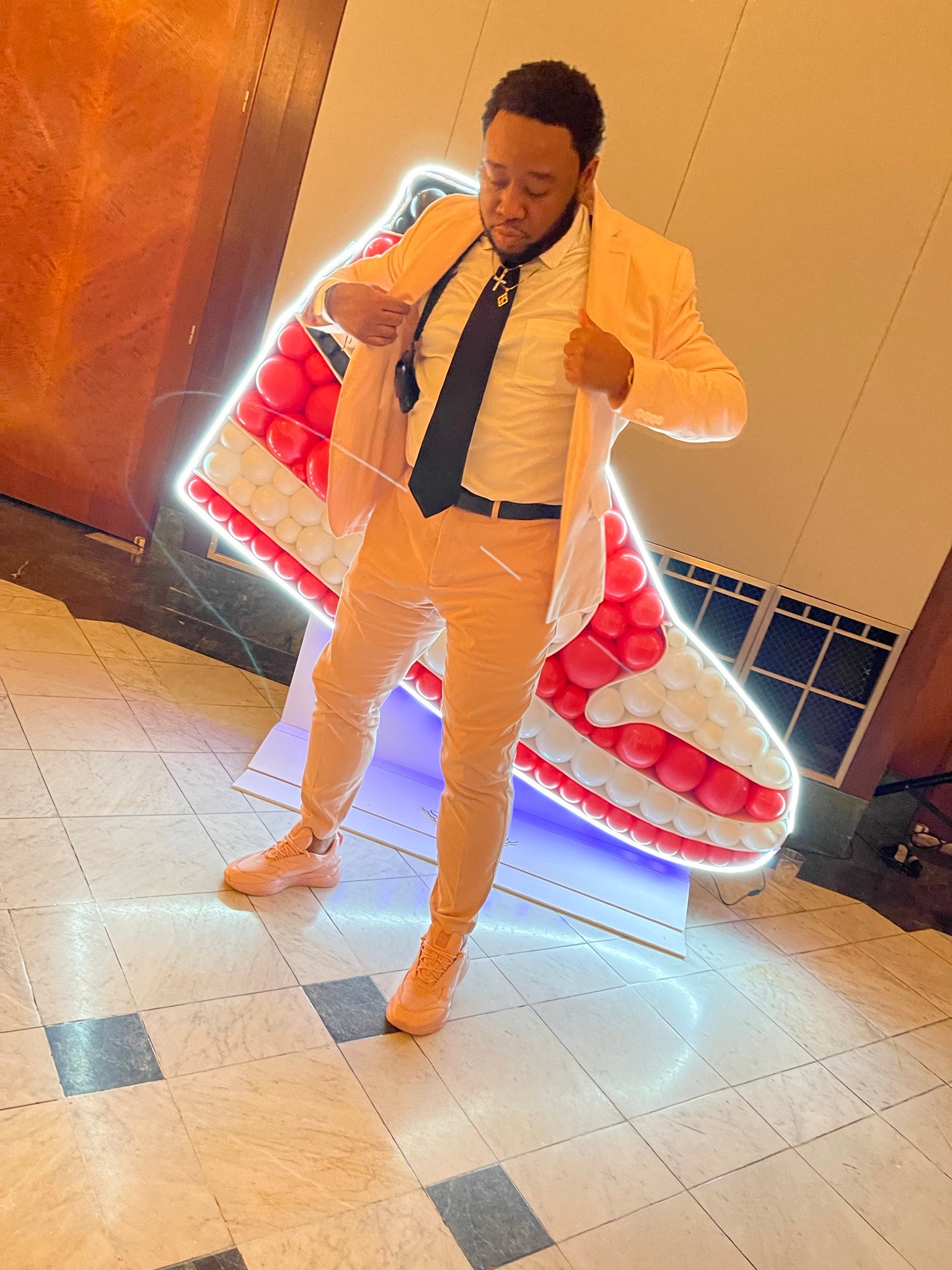 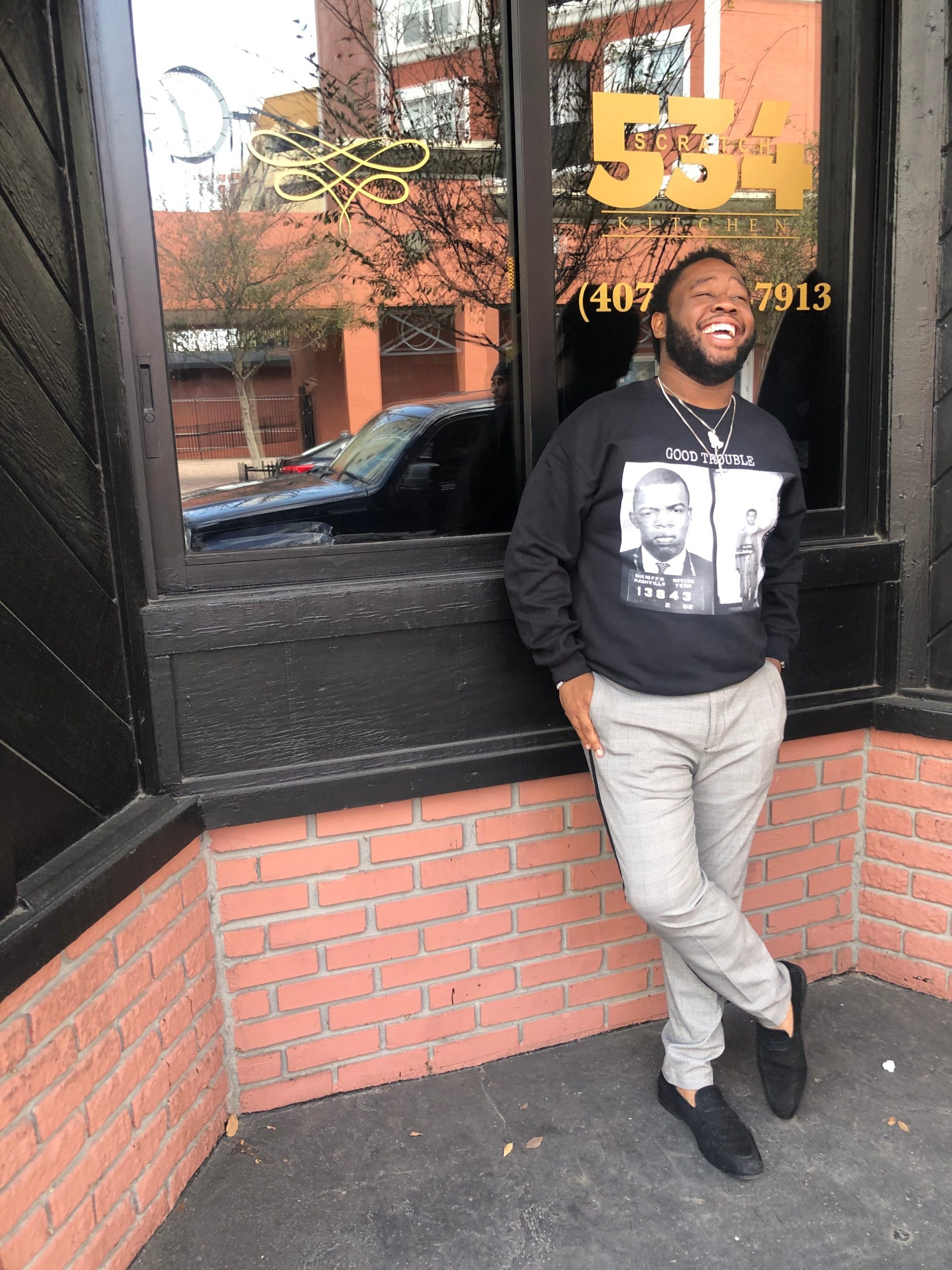 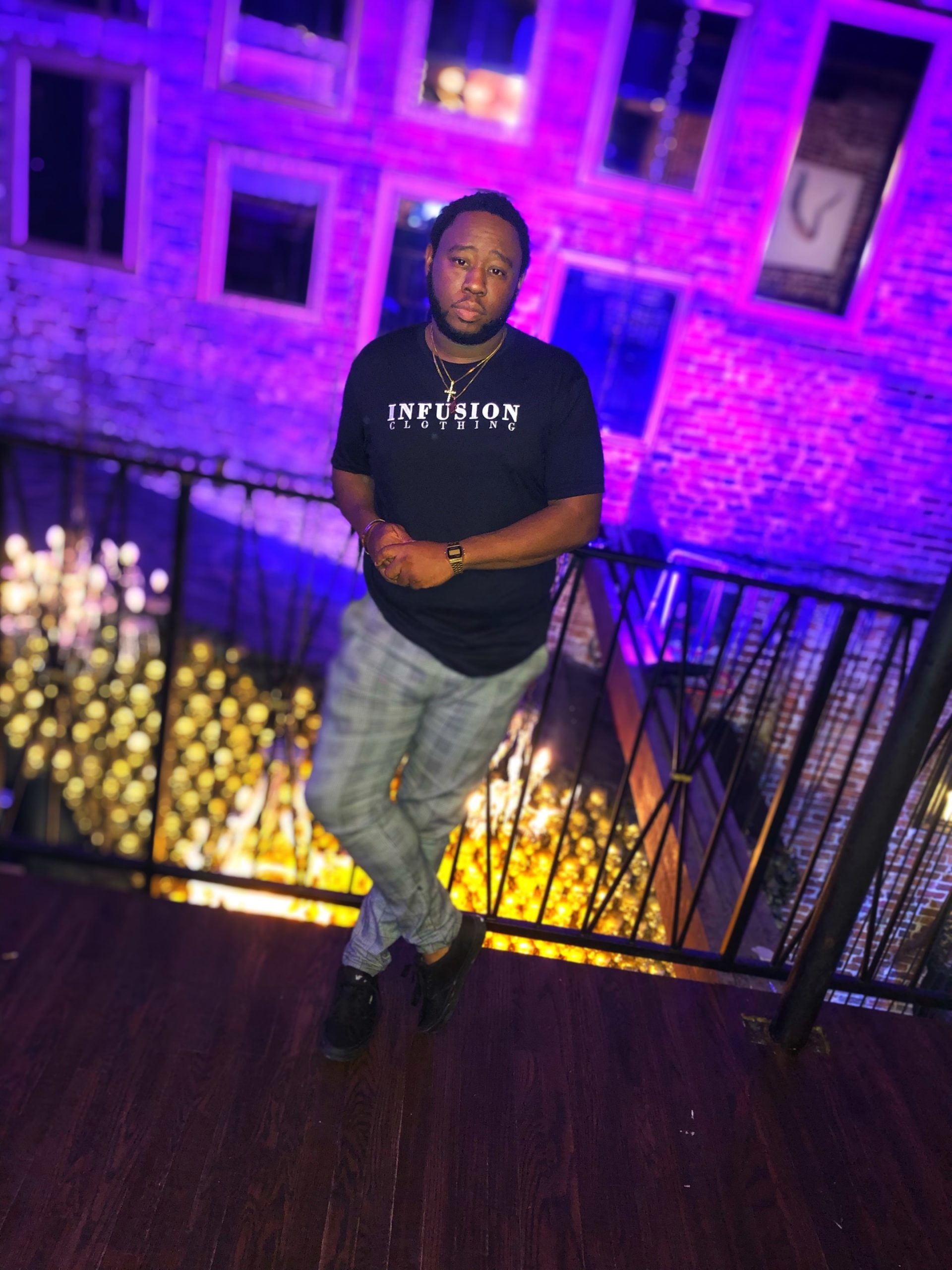 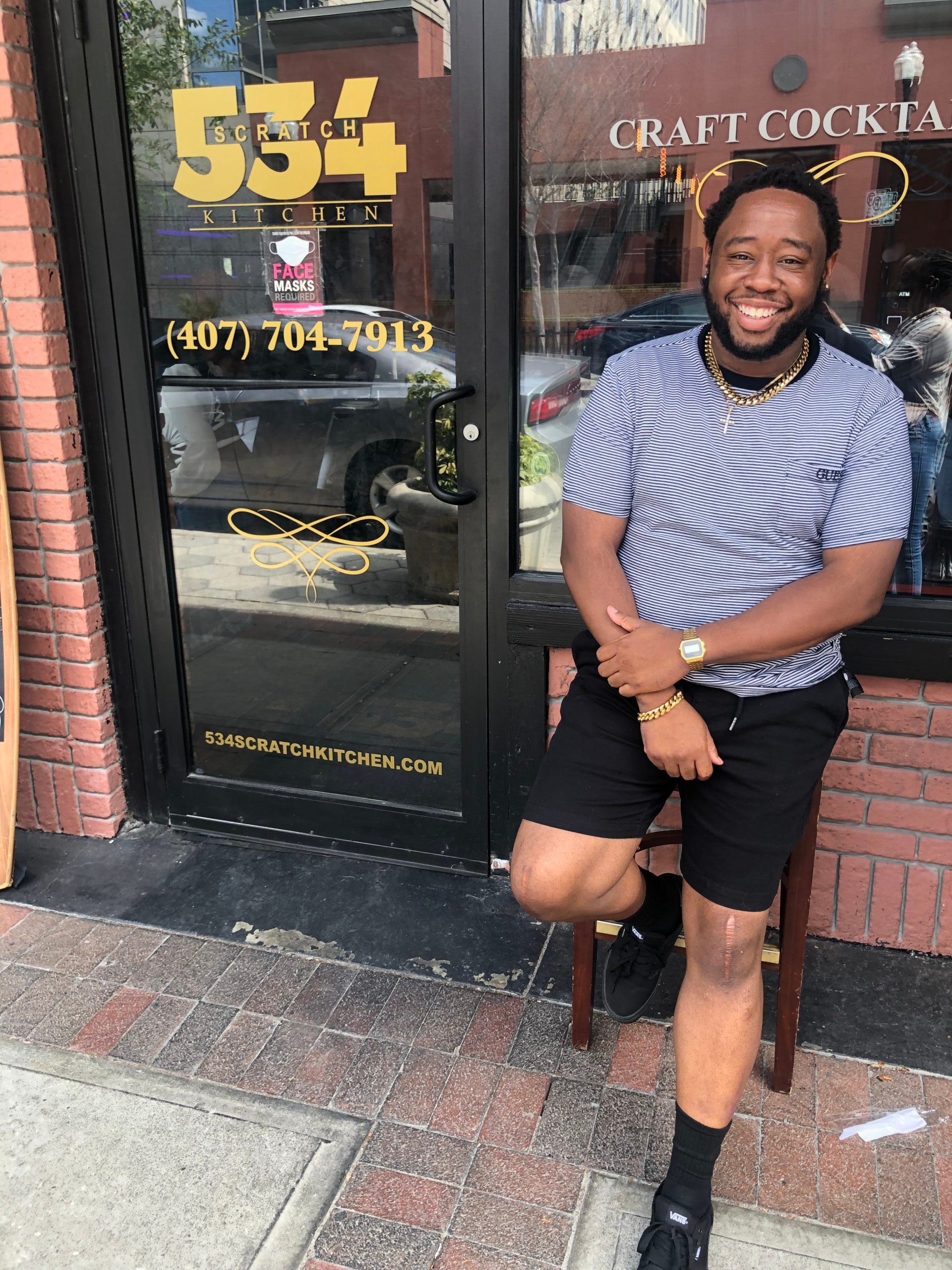