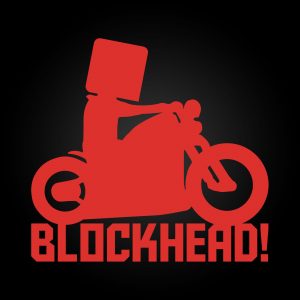 Today we’d like to introduce you to Blockhead Moto.

Hello Blockhead Moto, thanks for sharing your story with us. To start, maybe you can tell our readers some of your backstory.
Blockhead Moto has a pretty simple beginning. I always say it started with “a GoPro on a motorcycle helmet.” It actually didn’t start with the intention of making YouTube videos, launching a brand, or having our own custom motorcycle shop. I put a GoPro on my helmet for insurance, just in case something happened in traffic while riding. We all know Orlando traffic isn’t the best, and riding a motorcycle in it can be a risky endeavor, especially where I learned to ride, which was a block away from Universal Studios.

But what started with a GoPro on a motorcycle helmet turned into what we call motovlogging, which is exactly what it sounds like: vlogging while riding a motorcycle. I came across motovlogging on YouTube one day and thought, “Talking to yourself while riding? I can do that. I’ve got a bunch of stupid thoughts to share!” So I went to Best Buy, bought a cheap lav mic, placed it in the helmet, plugged it into the GoPro, hit record, and Blockhead Moto was born.

Before starting Blockhead Moto, I went to college and graduated from Valencia with a degree in Graphic Design, specializing in Interactive Design. I went through the front-end web design and development degree program, and was hired by a large marketing firm before I even graduated. Some of the electives I took were in video production, editing, and audio engineering. Learning these extra skill sets made me knowledgeable in the software that it would take to create consistent quality content for YouTube.

Fast forward a year or so after graduating, my girlfriend came home one day and asked if I wanted to take a class on learning to ride motorcycles. I enthusiastically said yes, we signed up, took the class at a local Harley-Davidson dealership, and on July 4th, 2016, I passed the class and got my motorcycle endorsement. My girlfriend unfortunately didn’t pass the class, it was a bit overwhelming, but more on this later.

I passed the class, got my endorsement, now I needed a motorcycle. I did my research, found the bike I wanted, combed through Craigslist and found a good deal on a used Harley-Davidson Iron 883 Sportster. I contacted the guy and we met in a Target parking lot by UCF. He was selling the bike as he was moving out of the country and wasn’t able to take it with him. I inspected the bike; it was garage kept and in great condition. We haggled a bit, agreed on a price and I bought the bike.

I remember my first ride like it was yesterday, pulling out of the parking lot and onto the road for the first time. The class that teaches you to ride doesn’t actually have you drive on the road or in traffic, you just learn in a big empty parking lot. So that first time actually pulling out onto a public road filled with cars is a bit of an overwhelming feeling. You feel like a tiny tadpole in a sea of huge fish. Not to mention, you finally get to take the bike up to sustained speeds, and the first time you do that on a motorcycle… let’s just say, 45mph might seem slow in your car, but it feels like your traveling at light speed the first time you do that on a bike.

The bike I bought was stock and had no modifications. I’d seen my same bike online with a much different look, so I started digging a bit to learn how I could get mine to look like those. This was a significant moment, as beforehand, I had no knowledge of motorcycles or motorcycle culture at all. I’d worked on modifying cars before but never thought about modifying bikes. It was then that I discovered there was a huge amount of aftermarket options and so many different directions that I could build this bike, so I started looking up YouTube videos on how to modify the bike.

The videos I found on YouTube were… lacking, to say the least. The lighting was bad, the camera angles were terrible, and the audio was barely audible in a majority of the videos I found. These ‘tutorial’ videos almost left me with more questions than answers. With my background in audio and video production, I saw these videos and thought, “I can do better.” I remember laying down one night and saying to my girlfriend, “I think I’m gonna start a YouTube channel.” She didn’t think anything of it at the time, and neither of us knew what it would lead to.

I went over ideas on what to name the channel and in my research, I came across the nicknames given to Harley-Davidson engines, like Flathead, Knucklehead, Shovelhead, or Panhead. The engines got these names based on the shape of the engine top covers. The engine in my bike was named the Evolution. Because the top end was more boxy shaped, people called it the Blockhead, but as the name Evolution from the factory was already easily memorable, people just called it the Evo, and the name Blockhead fell by the wayside. I’d also thought of the name ‘Block’ because of the engine block, so this fit perfectly. Paying homage to the bike that started me down this journey, I named the channel ‘Blockhead Moto.’

So, I started the YouTube channel, discovered motovlogging, started creating motovlogs. Discovered the lack of quality tutorial videos, started making better tutorial videos on whatever I was doing to my bike, just in case there was anyone else out there like me that was curious on how to do something, like changing an air cleaner for example, or doing an oil change.

Looping back around to my girlfriend not passing the motorcycle class, we also started looking up ‘How To Ride A Motorcycle’ videos to help her before she took the class again. Once again, we found some videos, but none of them were thorough and good quality. So, one weekend, I took the instruction booklet we used in our class, found a big empty parking lot (which ended up being the Fun Spot parking lot,) and began creating my ‘How To Ride A Motorcycle’ instructional videos for my girlfriend. These videos are now some of the most impactful videos on the Blockhead Moto YouTube channel, with over 7 million plays. One of my favorite comments on these videos is “Bro you made this for your gf, but ended up making the greatest video for learning to ride. I appreciate you beyond belief 🙏🏻” I meet so many people that say these videos gave them the confidence to learn to ride, which is awesome. I’ve always wanted to focus on ways to give back to a community and to help. I just never knew it would be through YouTube.

Fast forward 6 years and 960 videos published later (as of me writing this,) and we’ve grown into a fully-fledged brick and mortar custom motorcycle shop, conveniently located between Orlando and Daytona! We’ve made countless educational videos, documented our growth along the way, given away 10 custom built motorcycles back to our community, donated to charities, had meet and greets to meet the Blockhead community that watches our content to allow us to do what we do, worked our way up to collaborating with leaders in the industry like Harley-Davidson, made tons of friends, grown to a point of having employees and paying salaries… it’s crazy to think about! The list of opportunities is nearly endless.

Passion, consistency, and hard work can accomplish some crazy things. When I first started Blockhead Moto as a YouTube channel, I had also recently started my professional career as a Jr. level front-end web developer & designer. Over the years, I worked my way up to Creative Director, and was in charge of a team even. But I was backed into a corner a few years ago, and I had to choose someone else’s business and vision… or my own. While the leap was incredibly scary, I chose my own. And I was able to choose my own vision because of the people who believe in us, the ones that comment, subscribe, like, sign up for our site, book service with us and bring bikes to our shop. What we do is possible because of our community, and we’re forever grateful for the opportunity.

All from putting a GoPro on a motorcycle helmet. Crazy.

Would you say it’s been a smooth road, and if not, what are some of the biggest challenges you’ve faced along the way?
It has definitely not been a smooth road. While there are some things we can somewhat put on autopilot, keeping up with the constantly changing algorithms of social media is incredibly hard work. Continually coming up with educational or entertaining content is also hard work. I was also working 2 full time jobs essentially for 4 years. I had a 9-5 job while also creating 2-3 videos a week consistently for 4 years. That takes a toll in other areas of your life. While your friends are all going out to bike night, I’d be stuck at home editing. Or in order to stay relevant and grow, I couldn’t become complacent with the quality of the videos, but had to challenge myself to continually learn more when it comes to storytelling, speaking, videography and more.

Even with where we’re at now, there’s still struggles. But we keep at it, and if we fall down, we get up and try again. Mindset and perspective are everything.

As you know, we’re big fans of Blockhead Moto. For our readers who might not be as familiar what can you tell them about the brand?
The foundation we’ve built ourselves on is simple: WE LOVE MOTORCYCLES! If it’s got two wheels and an engine, chances are, we’ll have fun on it!

In addition to our love of motorcycles, we also love the community that comes along with it. The Blockhead community started in 2016, and has grown at an amazing rate, and we can’t thank them enough for their continued support!

From test rides to gear reviews, installs to riding with friends, giving away custom motorcycles or working on our customers bikes, the Blockhead brand aims to deliver consistent quality content showcasing our experiences within this industry, as well as the community surrounding it. It’s our goal to share and communicate how much fun motorcycles can be, while educating people, inspiring new riders, giving people confidence to wrench on their own rides, or even giving them their first motorcycles.

Is there anyone you’d like to thank or give credit to?
The friends and family that have supported this along the way deserve so much cred! Captain Ana, Chris, Justin, the Blockhead Crew, and of course our subscribers and community that watch and support us. We couldn’t do it without you! 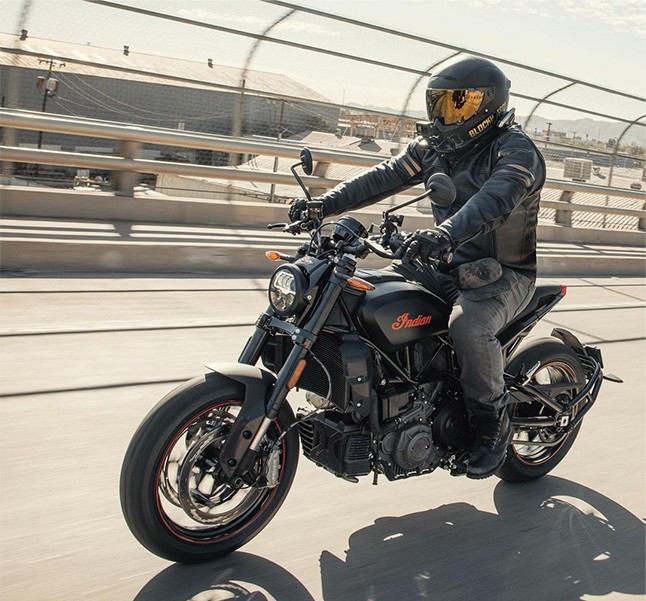 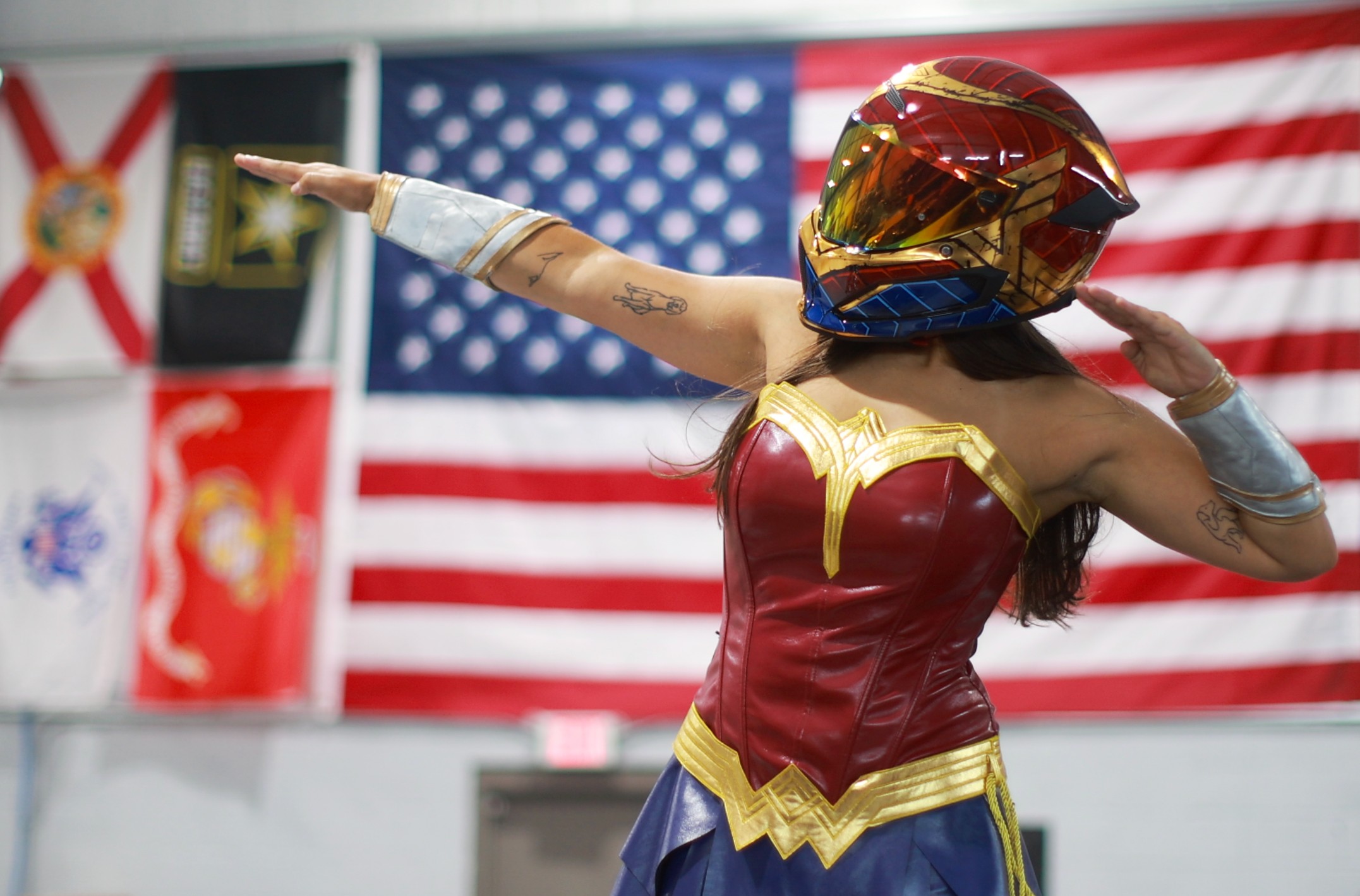 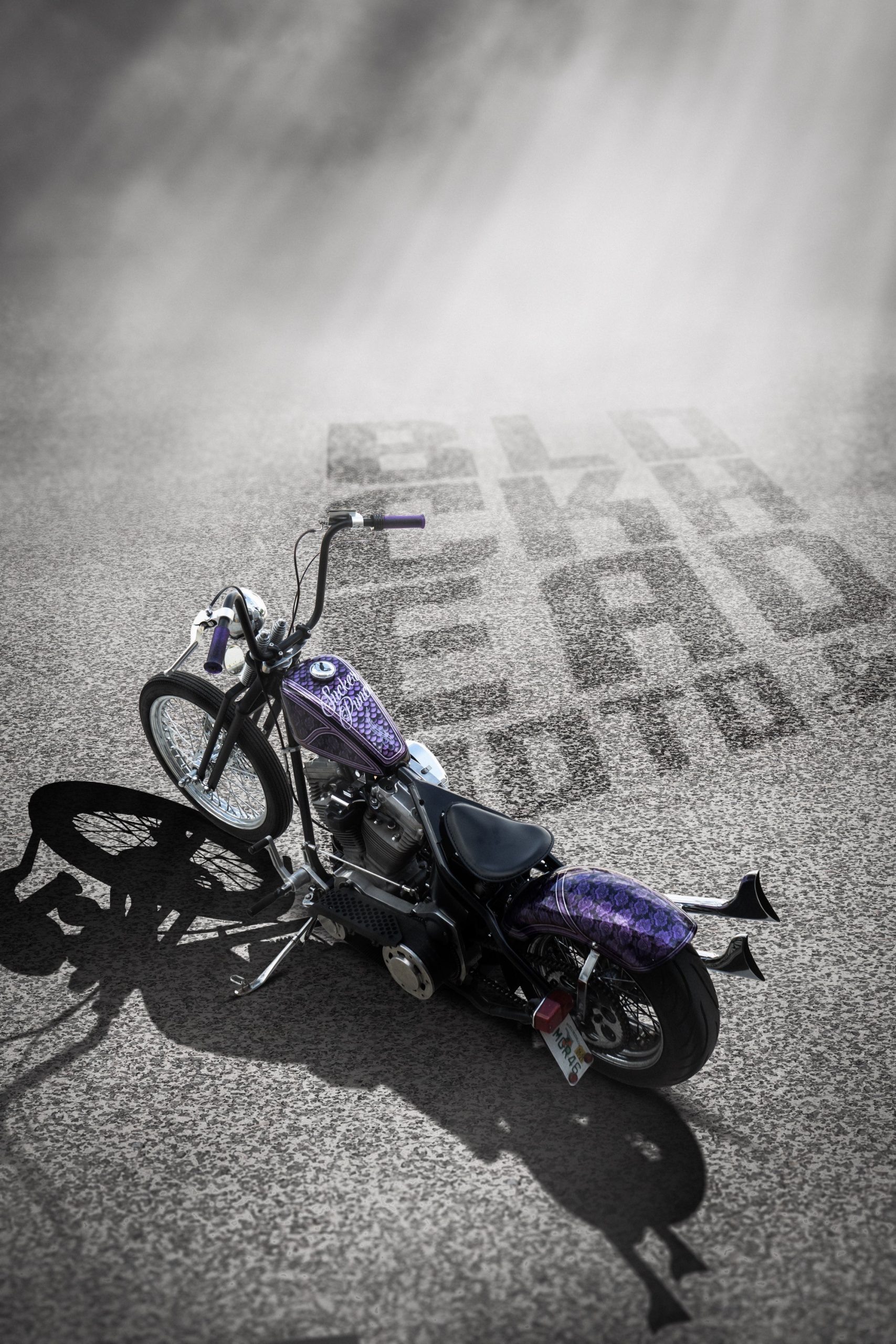 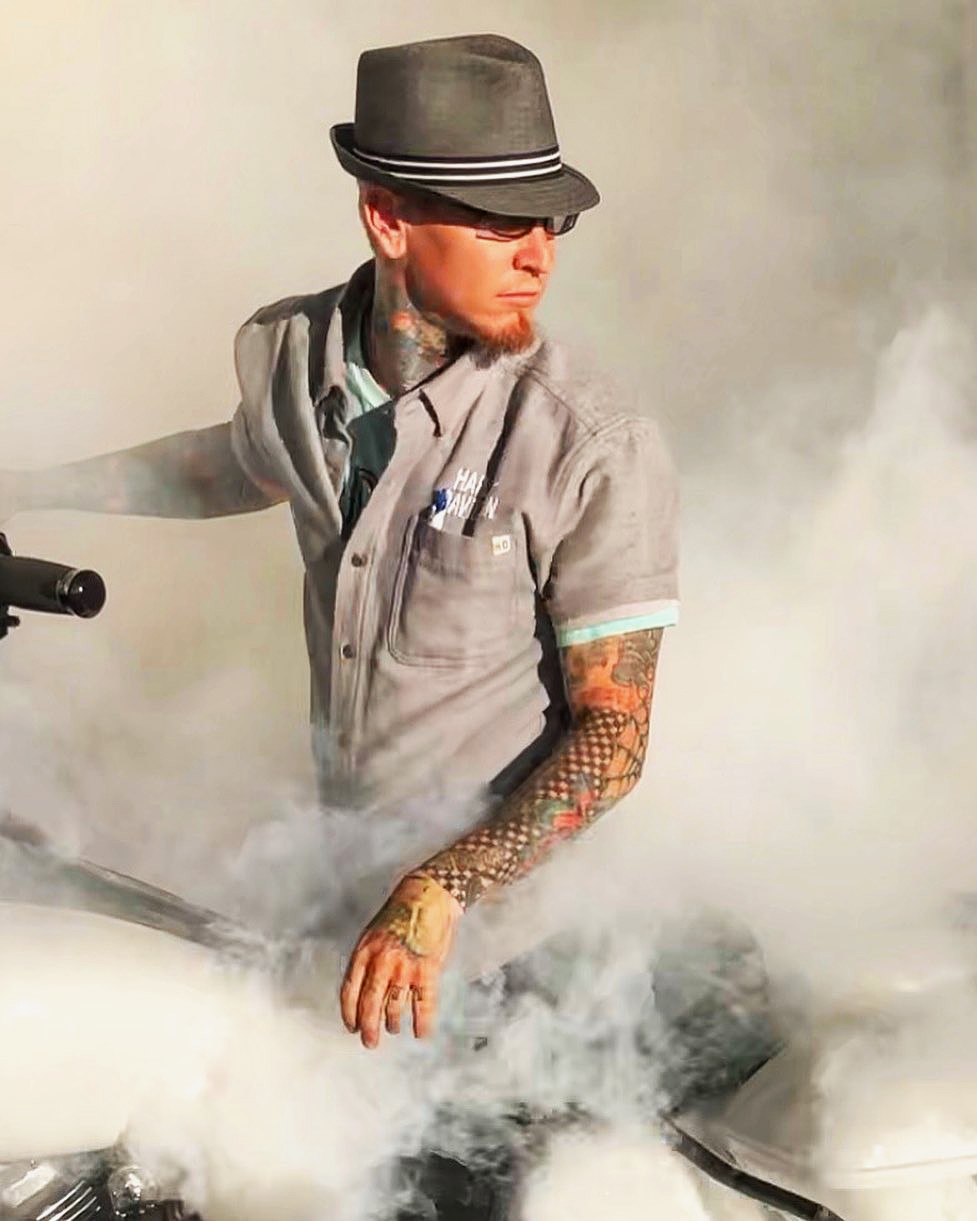 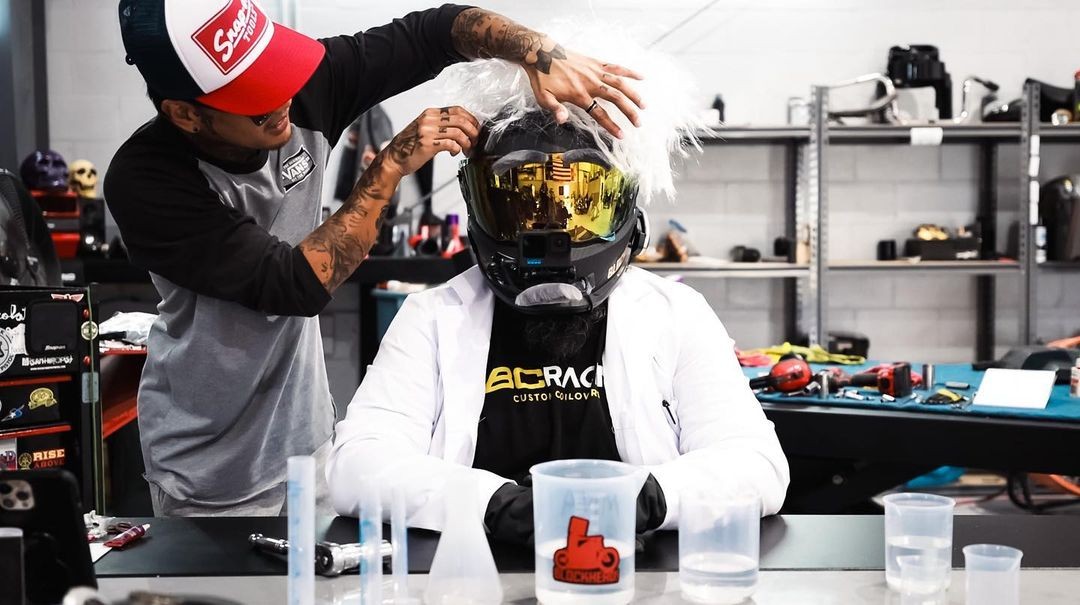 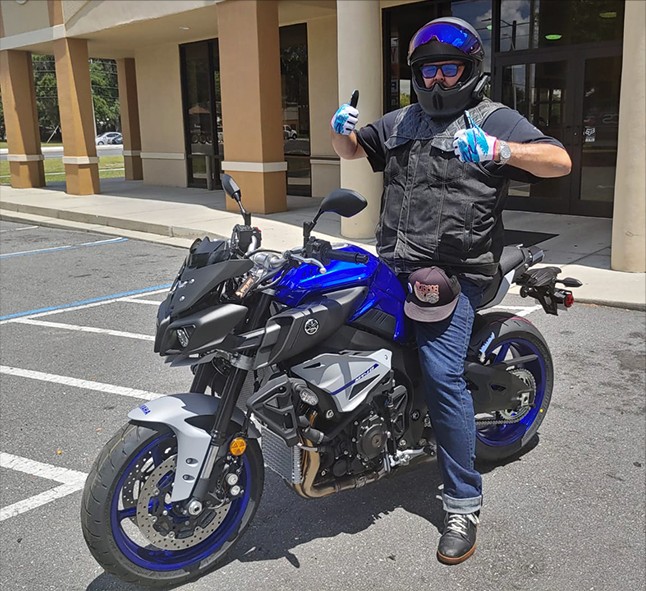 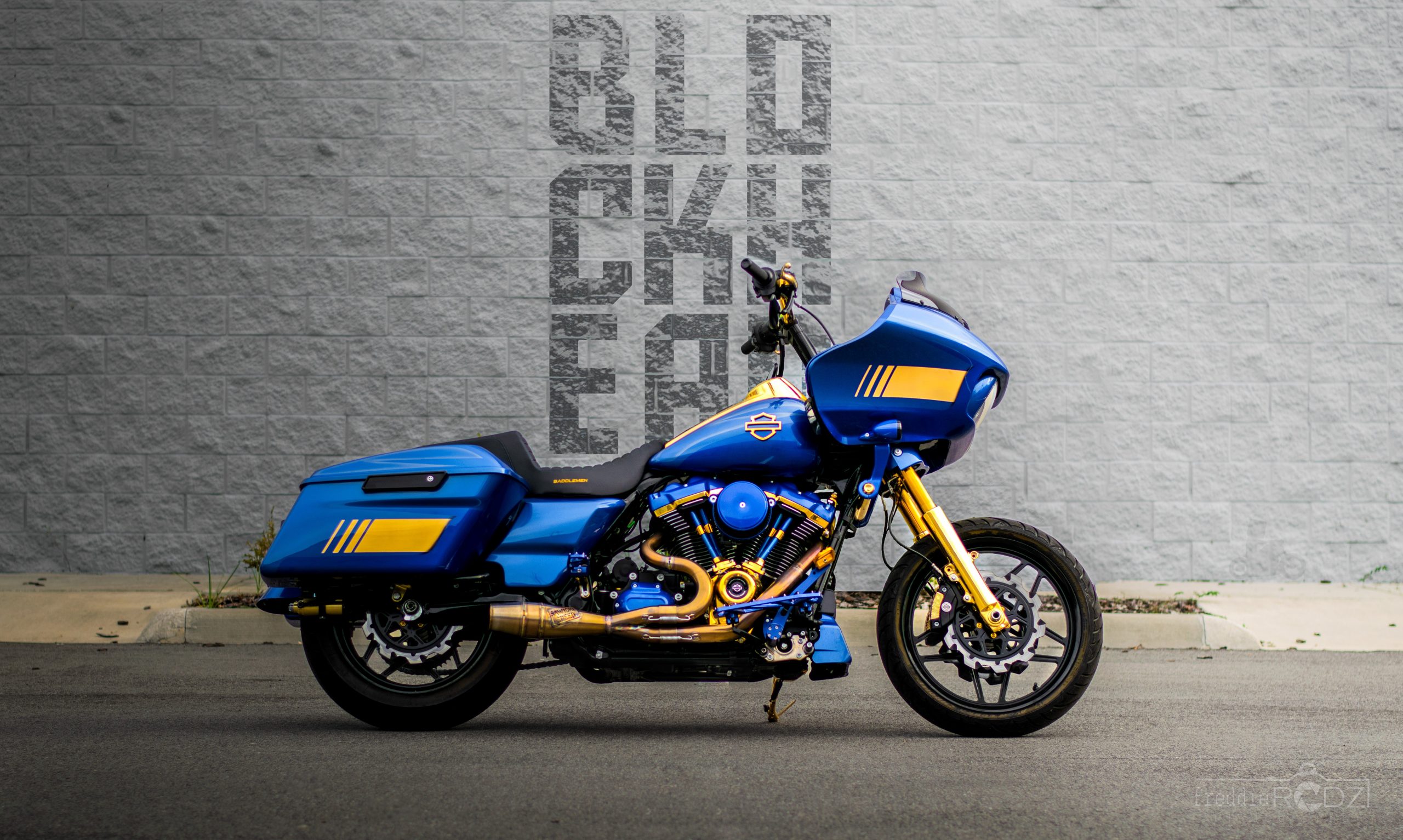 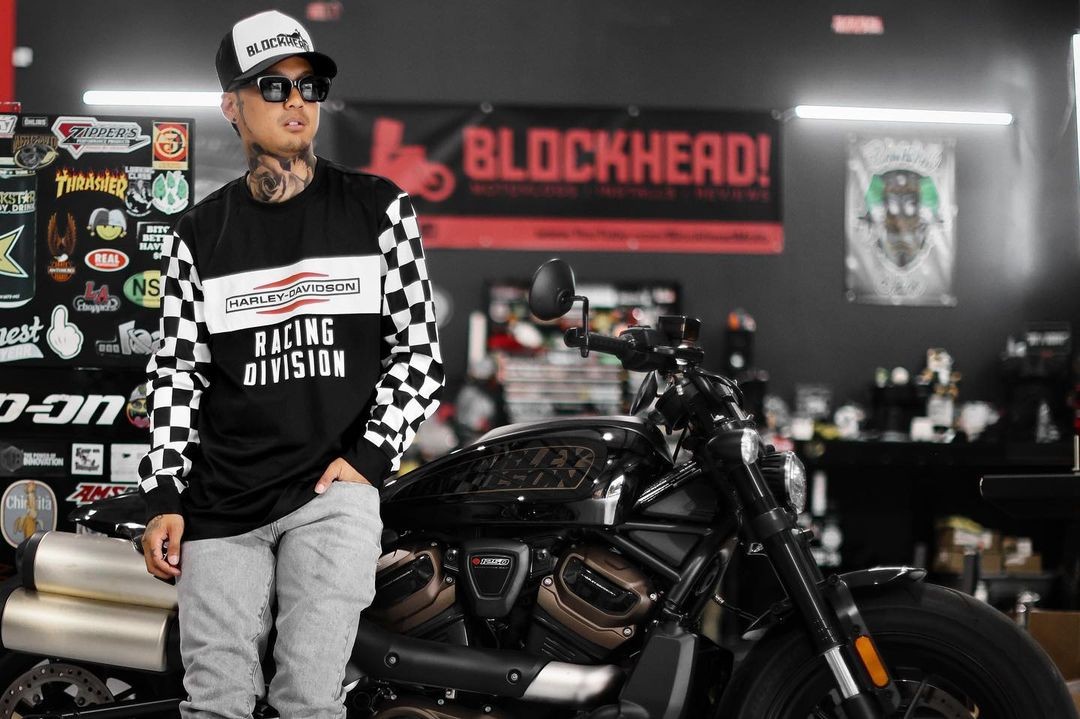