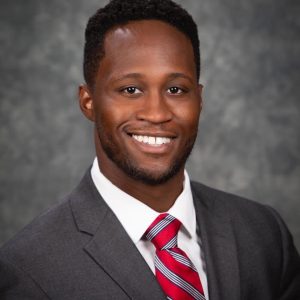 Today we’d like to introduce you to Cortez Whatley.

Hi Cortez, thanks for joining us today. We’d love for you to start by introducing yourself.
My story is full of travel, adventure, and experiences all over the world. I was born in the Auburn/Opelika area in Alabama, which is where most everyone in my family is from and lives. My stepfather, however, was in the Air Force, so I began moving from a young age, living in North Carolina, England, Texas, and Utah before moving to Florida.

I began ninth grade at Crestview High School in Northwest Florida and eventually dual-enrolled at the local community college, starting college at sixteen, while continuing to play varsity sports (basketball, football, & track) at the high school. After graduation, I moved to Orlando to begin university at UCF, where I obtained a double major in Public Administration and Legal Studies with a minor in Political Science.

While at UCF, I was involved in many different organizations but was elected Student Body President my senior year shortly after my twenty-first birthday. I believe our election still holds the record for highest total turnout for a student election campaign. As Student Body President, I was also the Chief Executive Officer of our 18 million dollar Student Activity and Service Fee budget. My administration worked on numerous projects and initiatives, including opening UCF’s second 24-hour study space and designing and launching “Knighflight,” a transit service to and from the airport during the holidays, and the opening of the second fitness facility on campus.

While Student Body President, I served as a UCF Board of Trustee member, and was also elected as the Chair of the Florida Student Association, the association of Student Body Presidents from each public state institution, serving as the student representative on the Board of Governors for the State University System. Through all these roles I gained valuable education policy and programming experience while also establishing a wide network in Orlando and across the state of Florida.

After graduation, I moved to St. Louis where I earned my law degree from Washington University in St. Louis. After graduating from law school, I moved back to Orlando, where I practiced law for a year before working for the Florida Democratic Party as a community organizer for the Andrew Gillum for Governor campaign. Now I work as the Chief of Staff and Senior Aide to Orange County Commissioner Mayra Uribe, who I met as a freshman at UCF while volunteering for her first campaign for County Commissioner. We stayed in contact over the years, and after she won her first election in 2018, she asked if I was interested in leading her team, which I enthusiastically said yes!

Alright, so let’s dig a little deeper into the story – has it been an easy path overall, and if not, what were the challenges you’ve had to overcome?
The road was not always smooth but not exceptionally bumpy either. I would say there were more twists and turns than anything. One of the more notable incidents was the separation of my mother and stepfather during my sophomore year of college. This caused a significant financial strain on our already very middle-class blue-collar family. I worked all through college to pay for whatever part of my education that was not paid for from the scholarships I had received. This was in large part due to the new situation our family found ourselves in. Even as I entered law school, I assisted in financing my younger sister’s college education in addition to my own. That being said, we’re a strong and resilient family (traits of my mother), that comes together to address whatever challenges arise. I couldn’t be more proud of both my mother and my younger sister. They are truly amazing women and the gems of my life.

Professionally, the biggest challenge I faced occurred as I was deciding how I was going to get back to Orlando after law school. I went to law school to gain an understanding of our laws, legal systems, and how policy is shaped by same, in order to effectuate positive change in my community.

During my entire third year of law school, I worked as a law clerk for a holistic non-profit law firm called ArchCity Defenders representing indigent clients while also assisting with the firm’s impact litigation addressing systemic social issues and civil rights. Ultimately, I knew I wanted to work in a similar space or within the government sector in the Orlando area. Timing is key for good government openings, which are rare to come by, and I never found an organization I was completely sold on as I was searching to come back to town.

That being said, I accepted an offer with a large defense law firm focusing on insurance issues. It was the complete opposite of what I wanted to be doing and I did not feel the work aligned with my purpose for going to law school. I desired to work on the larger more complex issues plaguing society with the aim of enhancing the lives of people within our local community and community at large. And, because of the long hours at the firm, I did not have time to do other community-related things that I enjoyed. I believe life’s too short to not do what makes you happy. So, without a job lined up (but plenty of money in savings and a large local network which I’d built since college – I say this because this was part of my analysis), I made a strategically calculated decision to quit my job so that I had the time to search for something more in line with my interests. As fate would have it, three weeks later, I was organizing in Pine Hills for the Andrew Gillum for Governor campaign, which then placed me in the space that led to my current job. Had I not taken that leap of faith to follow my gut and leave the firm, I would not be in the role I’m in today and in the space where I can help make a positive impact on people’s lives.

Thanks for sharing that. So, maybe next you can tell us a bit more about your work?
Orange County Government is led by a Mayor and six independently elected Commissioners, which comprise the Board of County Commissioners (BCC). The BCC is responsible for all County operations, including the efforts of more than 7,500 employees and the County’s $4.4 billion budget. The BCC makes policy and other crucial decisions for almost every aspect of Orange County, which is home to approximately 1.4 million people and 75 million annual visitors.

I serve as the strategic advisor and counsel to the District 3 Commissioner, Mayra Uribe, regarding land-use decisions, constituent concerns, and a variety of County and District initiatives. I coordinate with County staff to resolve constituent issues and develop strategies to address problems related to public works, housing, safety, and a myriad of other issues within the District and County at large.

I am proud that we run an efficient yet constituent-focused office. The Commissioner has her vision for our District, and I do my best, along with the superstar staff in our office, to make her vision a reality. Our office is known for being extremely responsive to constituent concerns, frequently finding resolutions to challenging issues. We are also very well respected by County staff which allows us to fully utilize County resources to get things done on behalf of constituents, whether that is in the form of individual property concerns, community projects, safety measures, ordinances, or whatever problem needs to be solved.

I think our level of engagement within our community and the care we give to each constituent concern, big or small, is why we are appreciated in our community. We are known as a get-it-done office that works hard on behalf of our residents. Everyone contributes to this success from the top-down, from the Commissioner to myself, our other Aides, and even our interns. It’s a blessing to be in a position of service to others and do what we can to help improve people’s lives. I genuinely believe helping others is truly what this whole thing called “life” is really about.

Before we go, is there anything else you can share with us?
I am involved in many different causes and organizations outside of work in areas I’m passionate about. I am a founding board member of the Boys & Girls Club of Central Florida’s Young Professional’s Board, Club Blue, focusing on philanthropic and programming efforts related to the B&GC and its youth members. We volunteer at the various clubs as well as creating avenues for other young adults to get involved with B&GC because it’s critical to invest in our children as they are the future! I am a member of the NAACP of Central Florida as well as a founding donor to the Black and Gold Impact Endowed Scholarship at UCF, which awards a scholarship to student leaders on campus each year. Most recently, I have become involved with the Florida Prison Education Project, which is an initiative of the University of Central Florida that seeks to offer a high-quality undergraduate education to people who are incarcerated.

Lastly, I work on many creative projects from time to time for fun and should be completing my first fictional novel in the next month or so and looking to start a podcast later this year as well. Be on the lookout!

Please reach out if you want to know more about anything I talked about or just want to chat. Always love meeting new people. 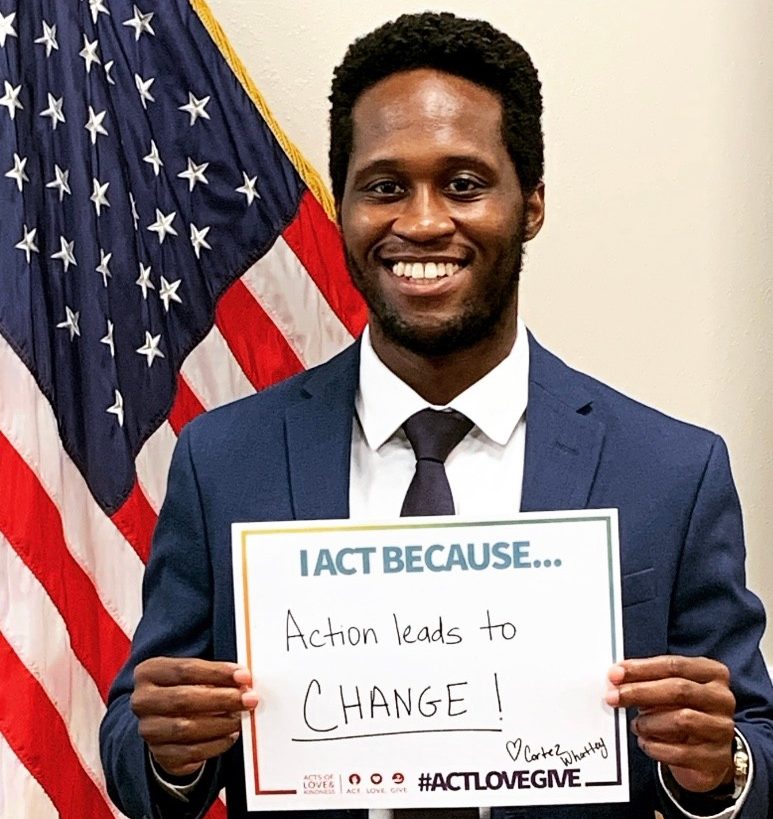 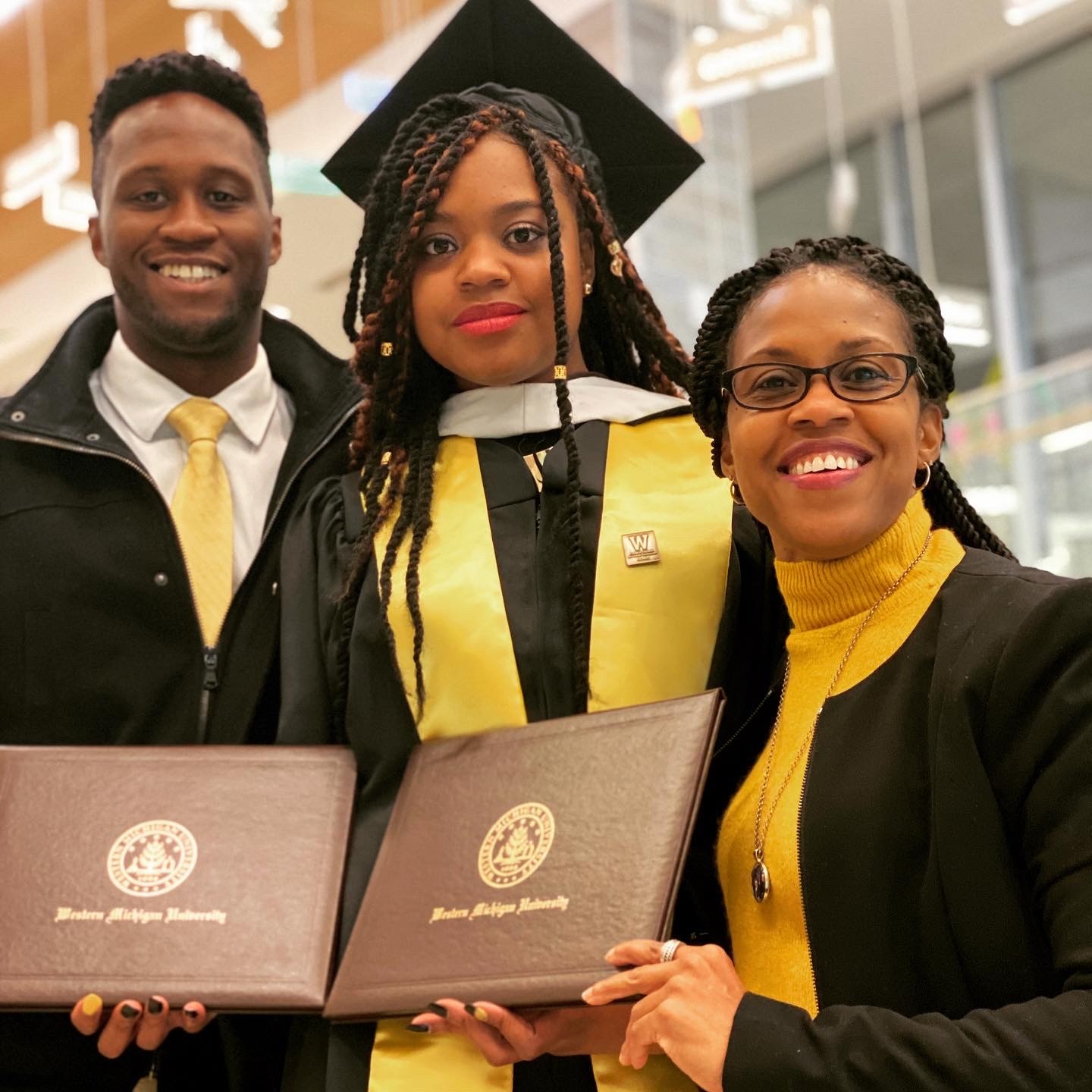 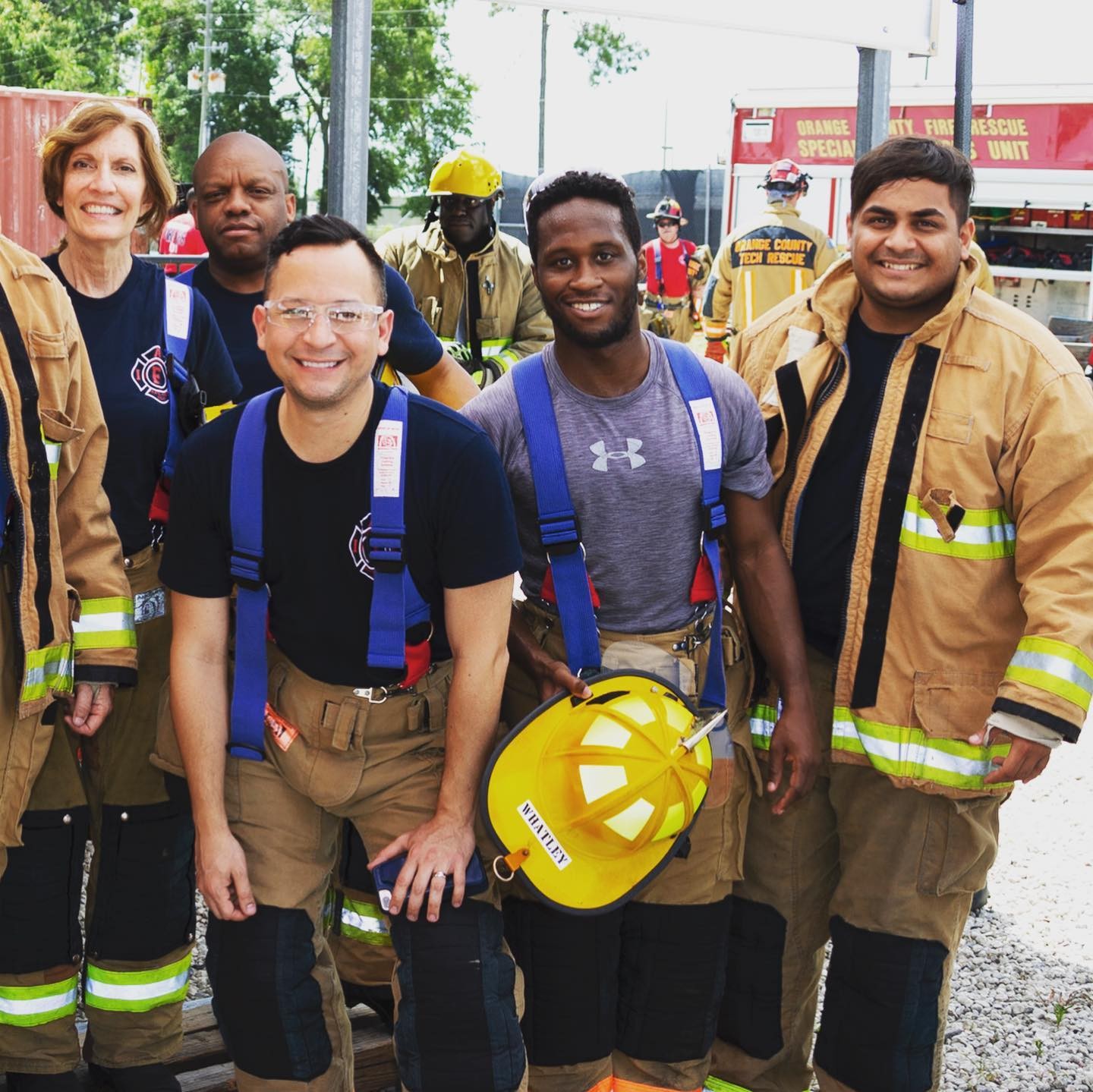 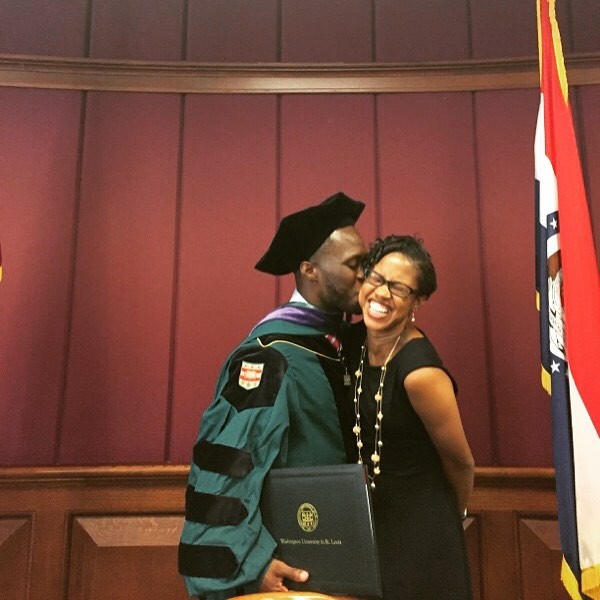 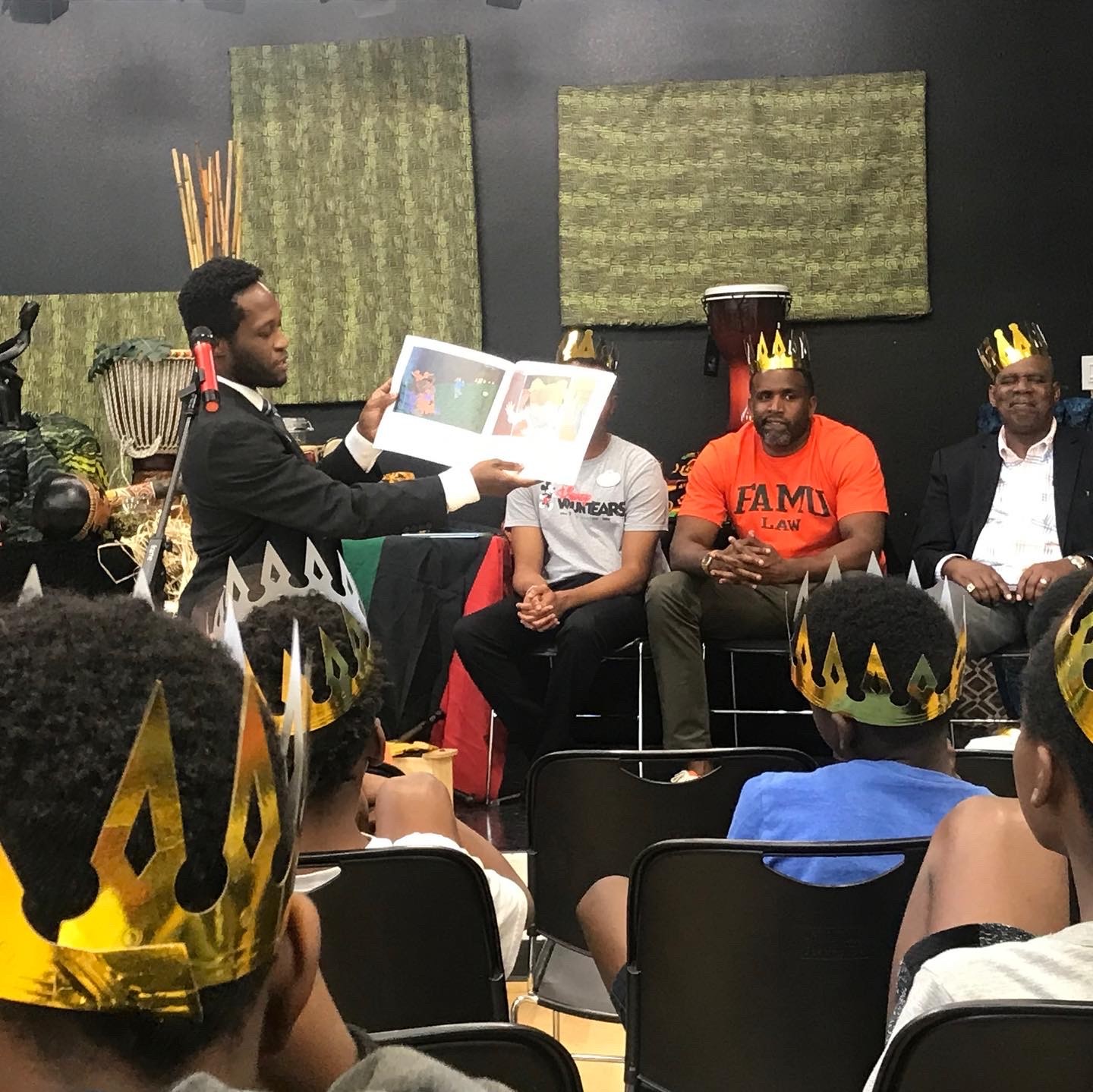 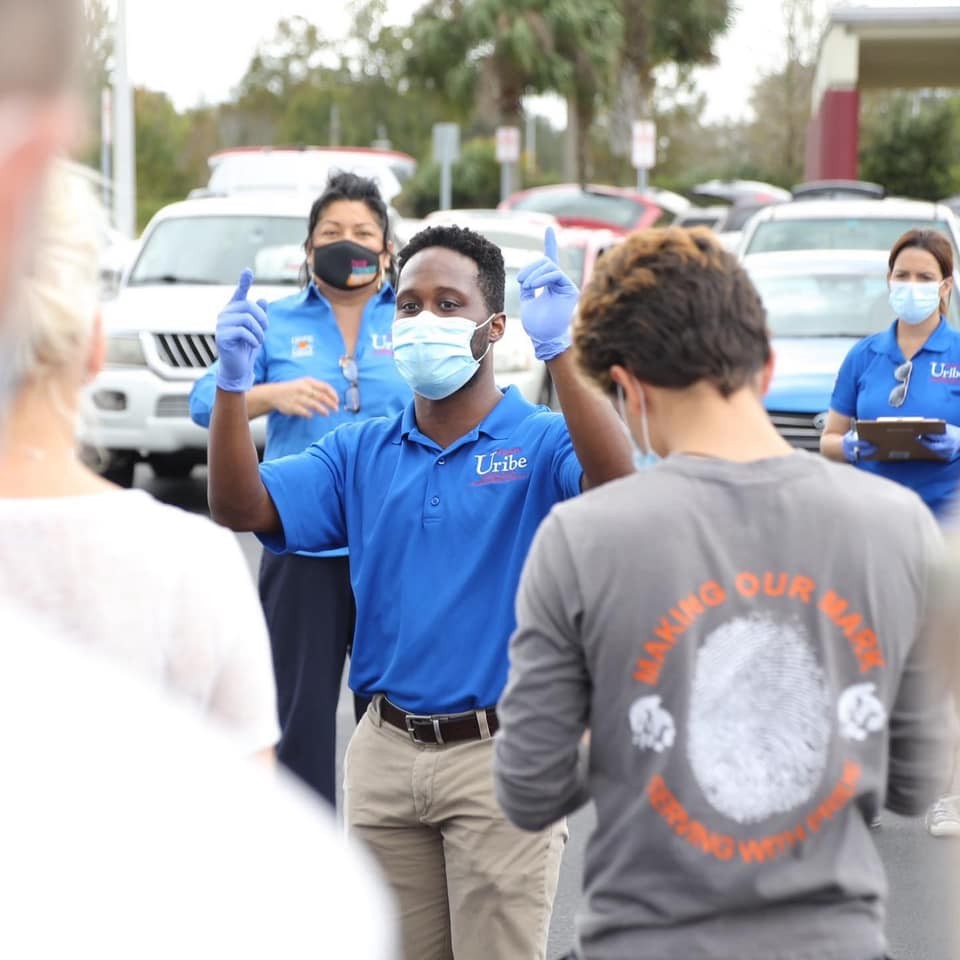 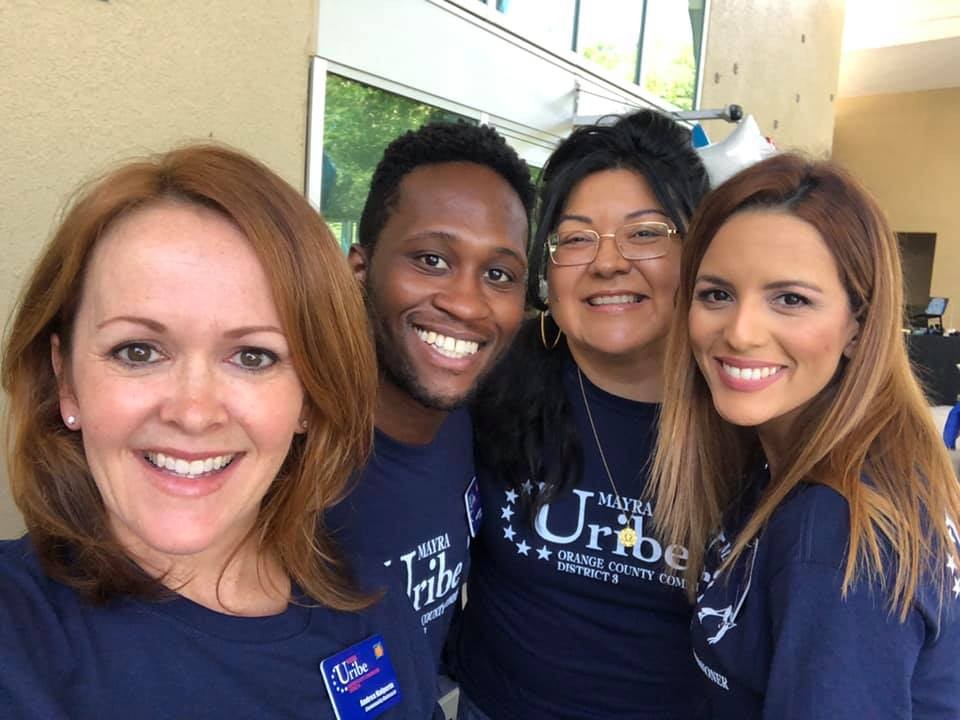 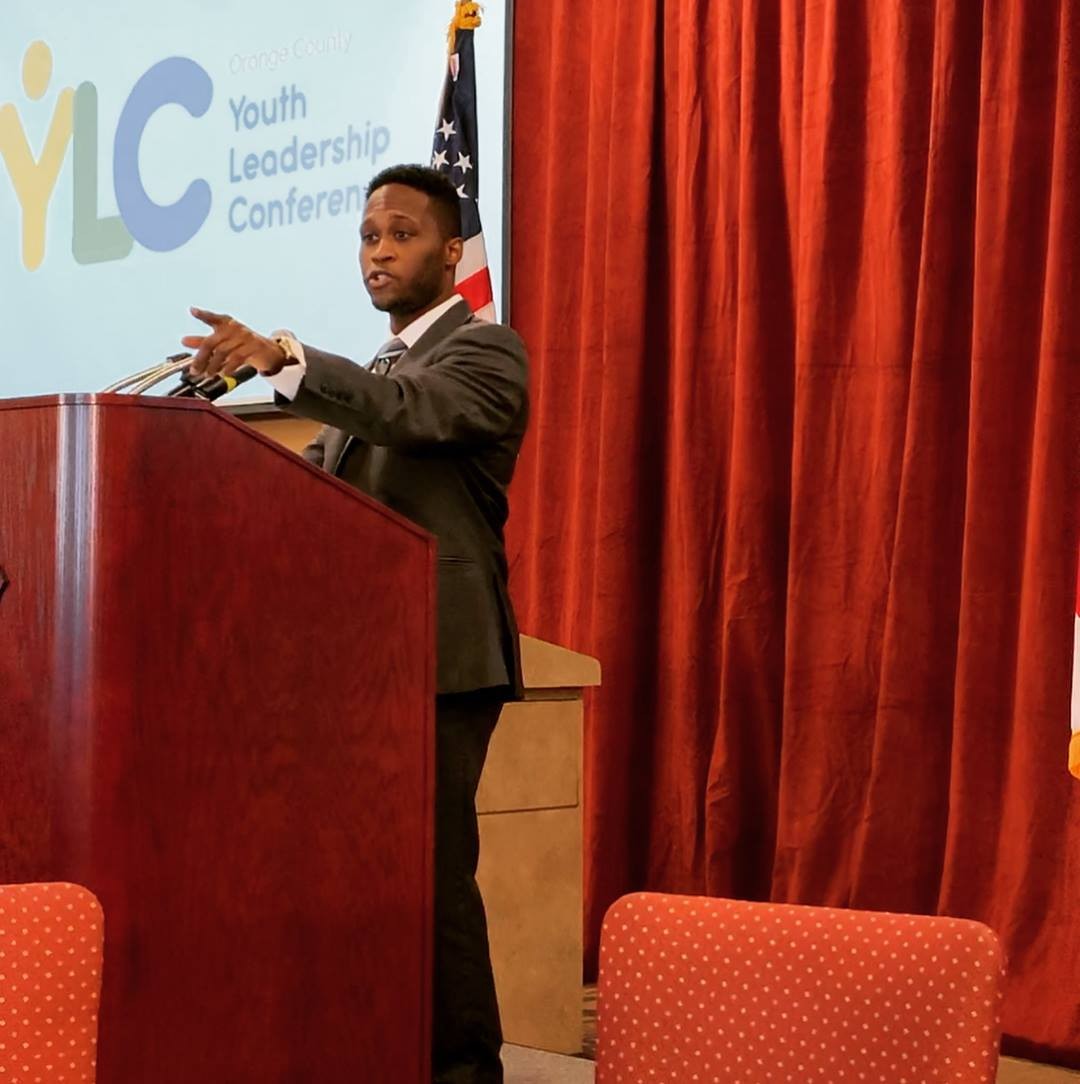