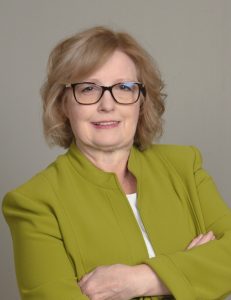 Today we’d like to introduce you to Laura Betts.

Hi Laura, so excited to have you on the platform. So before we get into questions about your work-life, maybe you can bring our readers up to speed on your story and how you got to where you are today?
Growing up in a modest household in Wisconsin, I was instilled with a strong sense of standing up for what is right. My parents divorced when I was young and I stayed with my mom, but when my father came to spend time with me, we spent most of our time outdoors enjoying the parks. I think that is where I grew to truly love nature.

Later, when I moved to the small town of West Bend Wisconsin, I spent many hours fishing and boating on Big Cedar Lake. When I was in 6th grade, I learned something about organizing. I organized a block party for the kids on my block. I went around to several businesses asking for donations and Burger King ended up donating Whoppers to all of us. My activism started as a mom in Wisconsin. The road my children walked to school on was dangerous. It needed sidewalks and a stop sign. I petitioned to add these safety measures, which eventually led to an appointment on the Planning Commission. Later I ran for office and served as an Alderperson. It was around that time, in 1993, that I read Al Gore’s book, Earth In The Balance. The book and what I learned in that book inspired me to focus my efforts on climate. I joined different organizations, took classes, and read everything available on climate change. We moved to Florida in 1994 and shortly afterward, I was appointed to the Polk County Planning Commission and worked on the Affordable Housing Committee. I also started working for Disney and soon joined the Environment and Science team, as a sustainability professional measuring sustainability practices within Walt Disney World Operations. I retired after putting in 10 years. I felt privileged to be able to help them become more sustainable and lower their carbon footprint.

In 2013 I was accepted by Al Gore to attend his Climate Reality Project training in Chicago. Gore is such a hero of mine, so I was extremely honored to be accepted. The Climate Reality Project trains people on climate change and teaches them how to educate others and advocate for solutions. I began mentoring others for his organization at trainings in Miami, Denver, Pittsburgh, Houston, LA, Atlanta, and even virtually this past year. Overall, I have mentored over 100 professionals on the Climate Crisis, and in 2017 as Florida Chapter Chair, I organized a Statewide Climate Summit in Orlando. In 2019, at the Atlanta training, I was shocked when I was pulled aside and told that I was selected to receive the Green Ring Award from Al Gore. Being honored by Al Gore for this work, that was ultimately inspired by him, was one of my greatest moments.

The Green Ring Award is the highest award Climate Reality gives out to only a few leaders each year, and I just feel so honored to have been recognized, but really there are so many people fighting this fight, and every single one of them deserves recognition themselves. I’ve learned so much about the realities of the climate crisis in Florida. In 2017 Orlando was overwhelmed with refugees from Puerto Rico after Hurricane Maria, and this is when the travesties of climate justice really became front and center for me. Those who were least able to prepare were often the ones that were helped last. People were desperate for food and water. I worked with Organize Florida to help distribute soup that I made to 200 people. I want to be able to help make life better for people who need help. Climate is my passion, but this affects everything. From housing to energy, to access to heat and air-conditioning when needed, it’s all a justice issue. It really boils down to all of us just being able to stand up for what’s right for others.

Can you talk to us a bit about the challenges and lessons you’ve learned along the way. Looking back would you say it’s been easy or smooth in retrospect?
When you feel so passionately about helping to make the world a better place, sometimes we forget about money and the things we need to do to take care of ourselves. Much of this work doesn’t pay and it’s always a struggle to do as much service work as I have done over the years financially. I’ve been married for 33 years to the same man, I am grateful for his support in letting me follow my aspirations. I chose to commit my life to helping to solve the climate crisis, but I could have done more to help my family financially. But I am very grateful that I have been able to continue this work while now finally being paid for my time through my work at The CLEO Institute.

Thanks for sharing that. So, maybe next you can tell us a bit more about your work?
I am now the Central Florida Programs Manager at The CLEO Institute. CLEO is a non-profit that specializes in climate education and advocacy. We work on all levels, but the organization is especially known for its work with the youth. Our Climate Resilient Schools program goes into high schools to educate students on the science. These students then give presentations to their peers and create after school programs to expand knowledge and engagement. In fact, our GenCLEO group of high school and college students are some of our most effective advocates for change. Recently we helped GenCLEO work with multiple youth and environmental groups, in addition to the Millennia Gardens Elementary school children to pass a Climate Emergency Declaration for the City of Orlando. We will be working to get Orange County to sign a declaration next.

Plus, our organization as a whole is now asking that the Biden Administration pass a Climate Emergency Declaration, The Climate Emergency Declaration is a formal government document that recognizes that the Climate Crisis is the greatest threat to mankind and that it requires immediate and dramatic action.. This document helps to expedite these actions and to release emergency funds to help fight the crisis, to make communities more resilient, and to save lives. The Climate Emergency Declaration is also very focused on climate justice and health. It’s all related. I’ve been very focused on equity, health and energy issues in Orlando as well, helping to make sure people have access to what they need, even while we try to protect them from the damage of the toxic energy sources we’ve been using. These issues become very complicated and inter-related. For instance, Orlando recently announced that they would be shutting down their coal ash plant in favor of a methane gas plant. People around the coal plant have been getting sick from the coal ash pollution. Something must be done immediately to help them clean up the air and water table issues around the site.

But once this plant is shut down (and cleaned up) we have another issue with methane gas, which is also gravely endangering our water supplies and making people sick, especially around the fracking sites where they source the methane gas. Methane is 87 times worse of a greenhouse gas than carbon dioxide. So really, what we need is to move to 100% renewable clean energy as quickly as possible. People in Orlando are paying very high energy bills, but renewables and access to solar could help lower those bills for everyone, especially for lower-income people who can’t afford to make their housing as energy efficient as others. Along the way, on all of these issues, I want to feel that we don’t forget to fight for those who’ve been affected the most. For me, it means being a good ally to those who contributed the least and don’t have the resources. Historically communities of color and low-income communities are disproportionately impacted. Solutions need to honor ancient traditions, cultures, the rights of nature and let communities make the choices that best fit for them. As an ally, I understand there are systematic injustices and that the protected need to start protecting.

Do you any memories from childhood that you can share with us?
I think some of my favorite memories involved getting my hands dirty gardening with my grandfather. I also really loved hiking through so many beautiful natural parks with my father growing up. This really gave us the time to bond, but it also really helped inspire me to do everything it takes to help protect that natural beauty that I love so much. Nature has given us everything we need to survive, and even to this day, the time I spend in it fills me up and gives me comfort when I need it. The least I can do is do everything in my power to protect it. 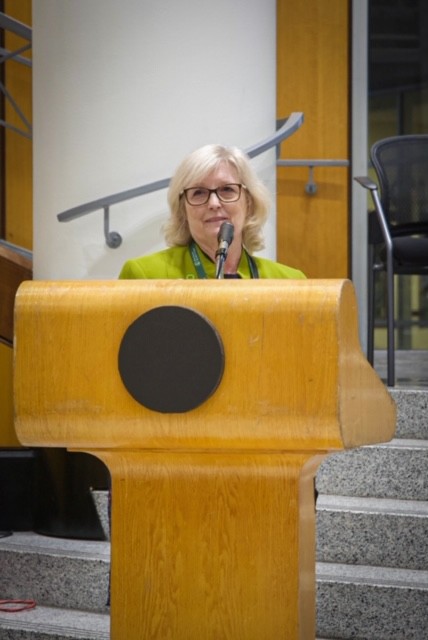 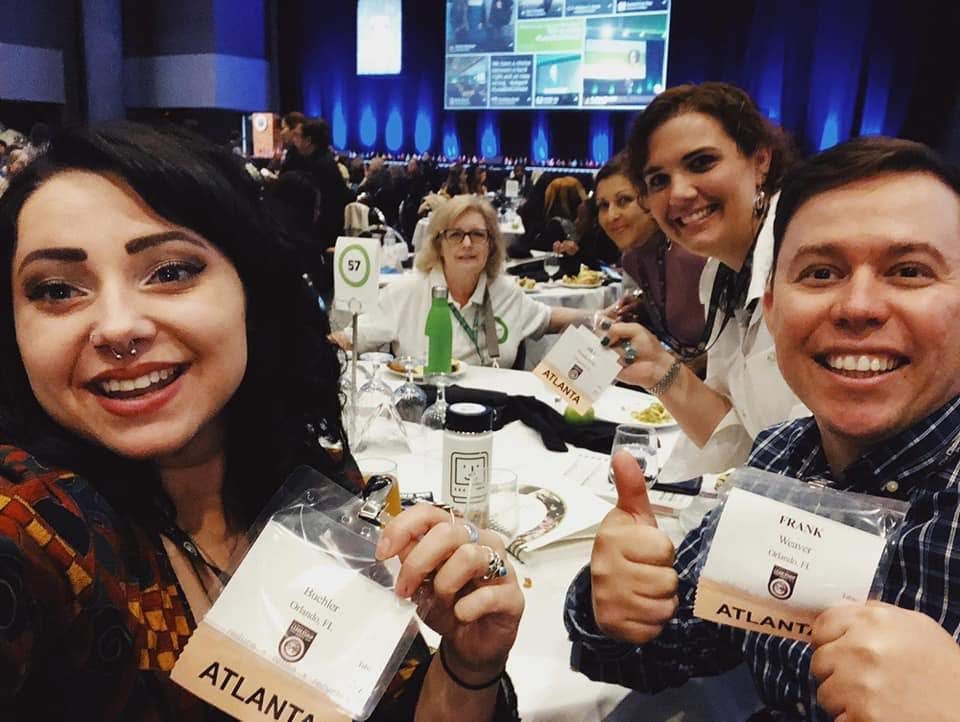 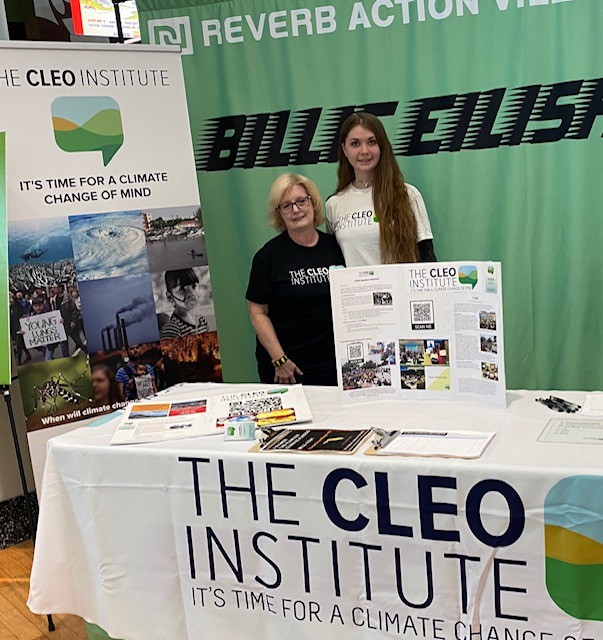 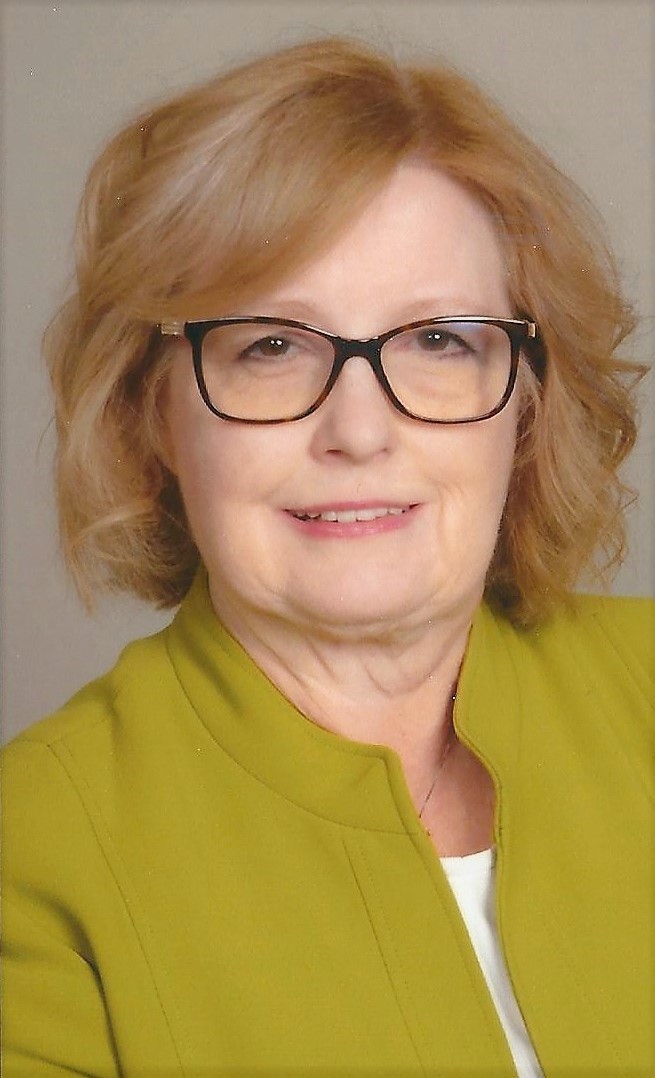 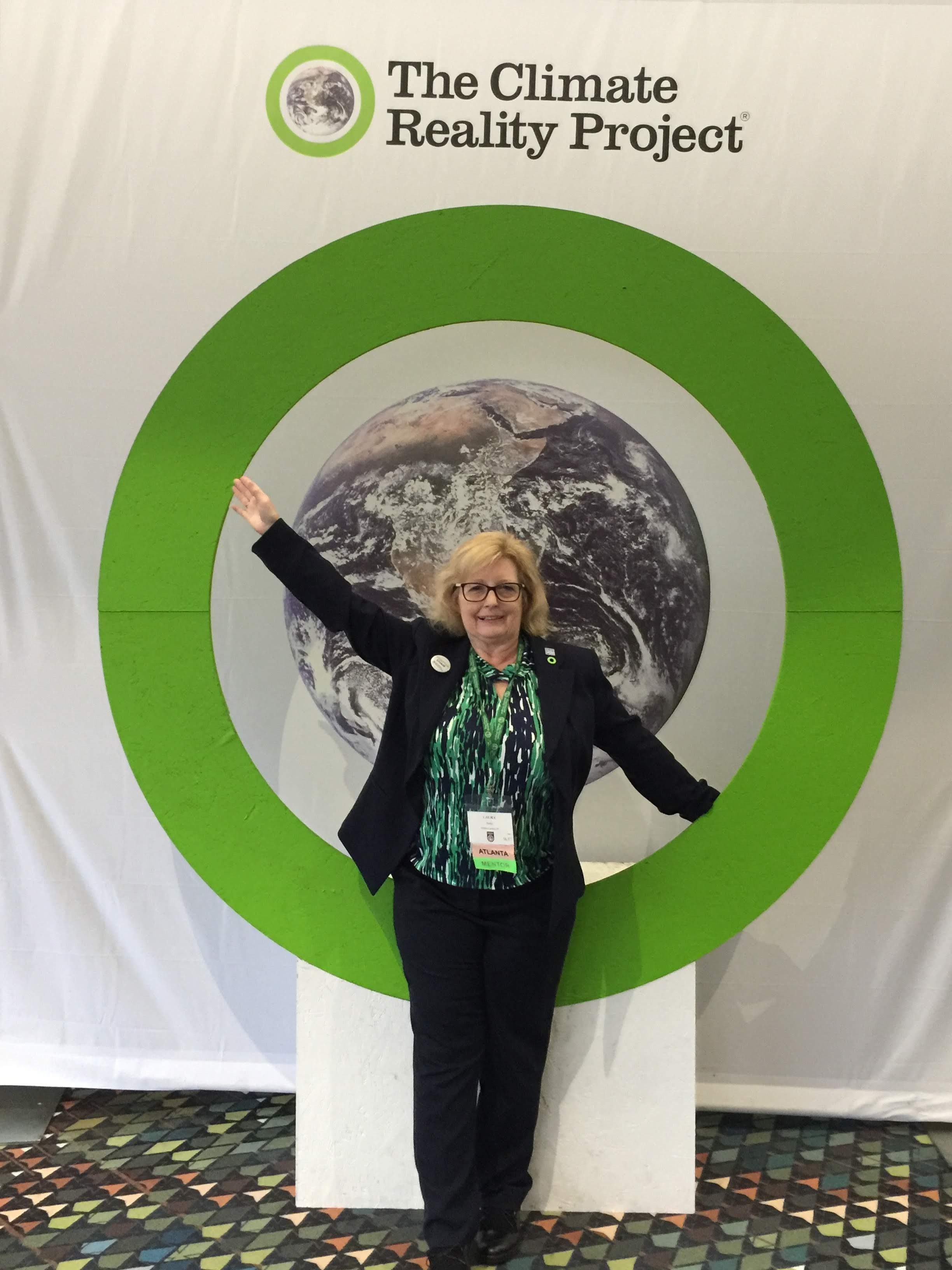 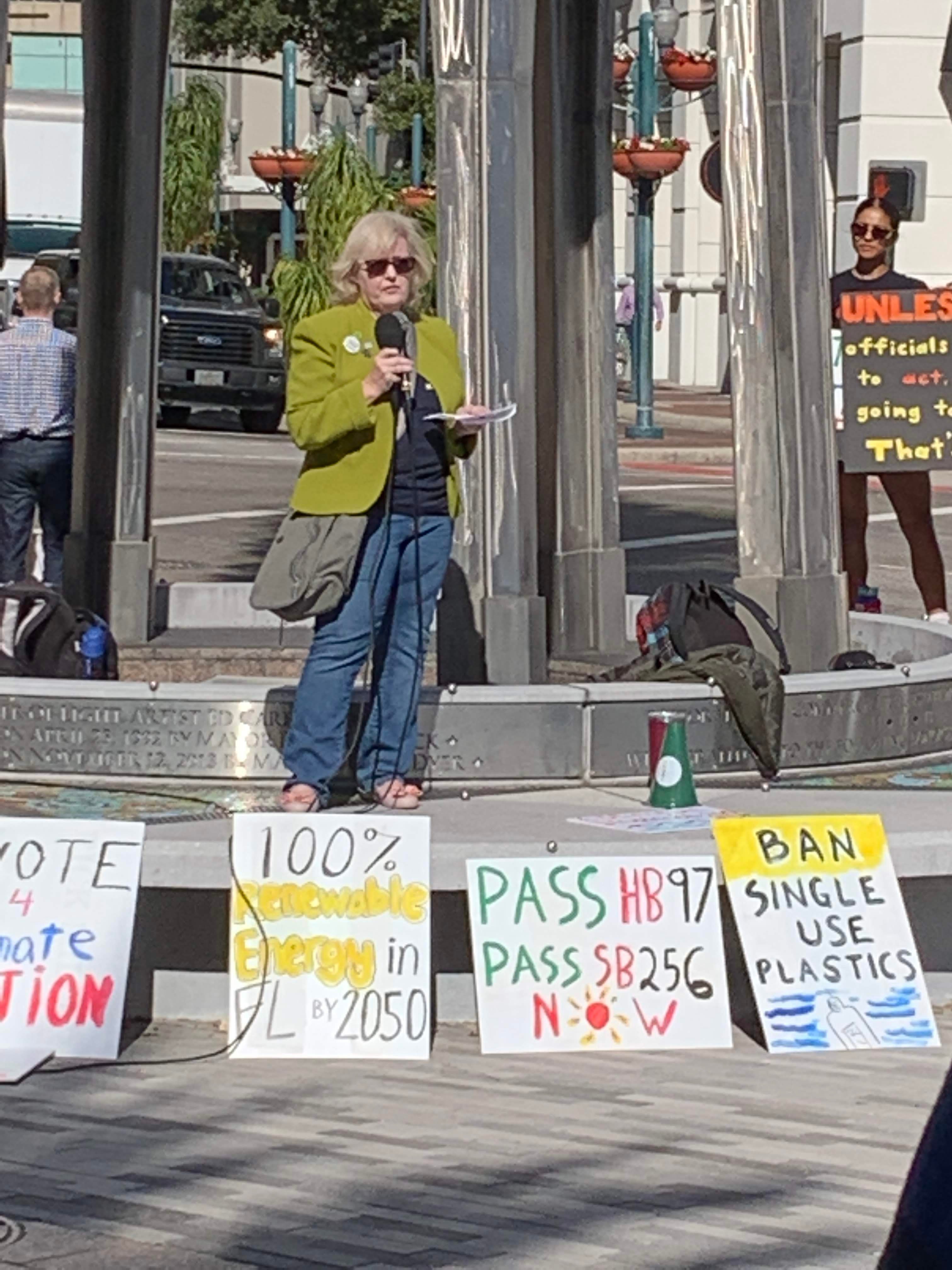 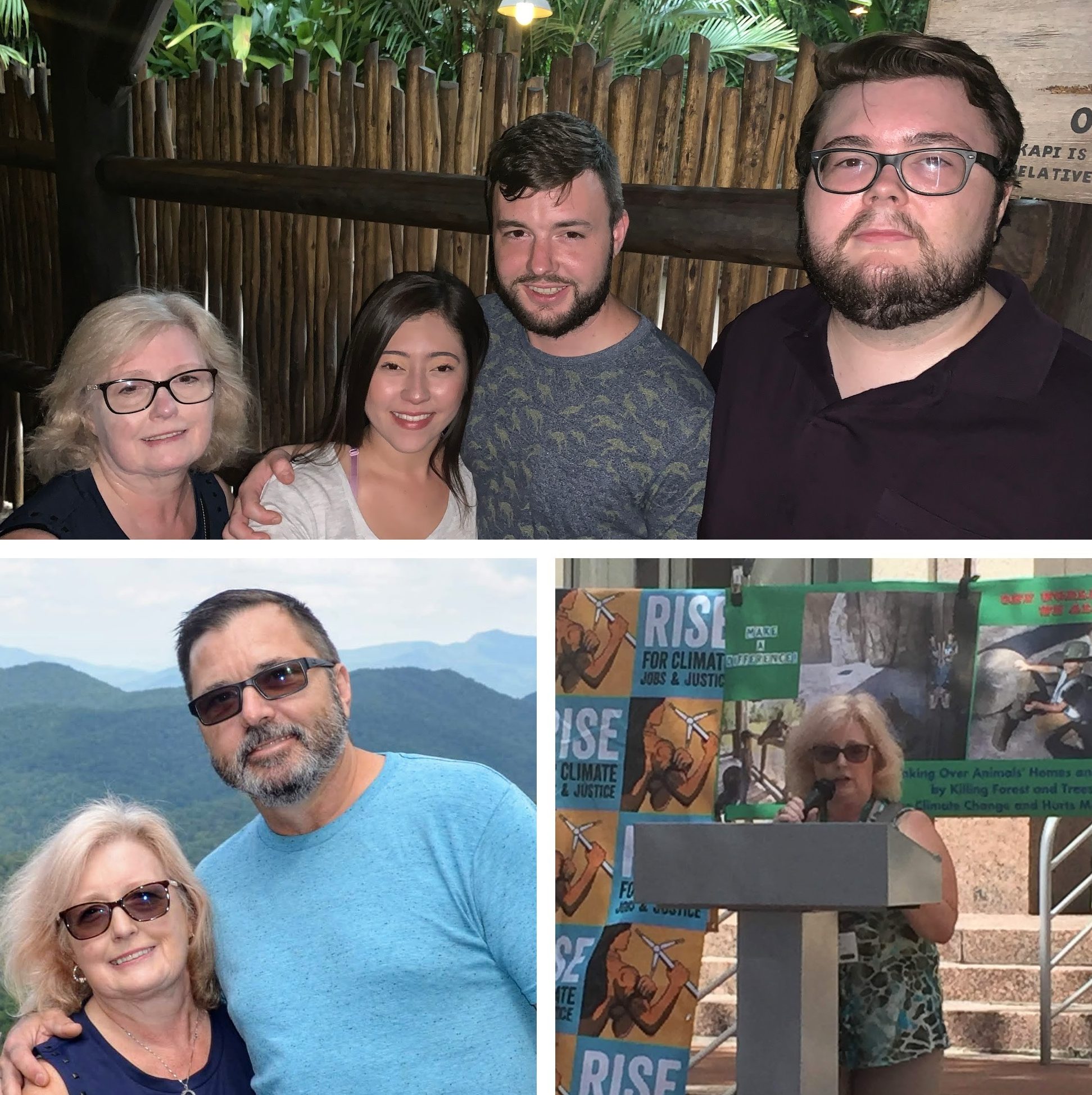