Today we’d like to introduce you to Austin Hull.

Hi Austin, we’re thrilled to have a chance to learn your story today. So, before we get into specifics, maybe you can briefly walk us through how you got to where you are today?
I’m a 26 years old music producer, songwriter, mixing engineer, and musical engineer based out of Winter Garden, Florida. I also own and operate a company called Make Pop Music with my wife. I have been interested in music since I can remember. I remember listening to cassettes and banging on pots and pans when I was two or three. I started playing guitar when I was nine, I started playing piano when I was 14, and I started singing in a metal band located in Pensacola, Florida when I was 16. I always loved playing, writing, and performing music, but I never expected to make a full-time career out of it. Even when I played in a band when I was 16 to 18, I always just enjoyed doing it, but I planned on going to college and taking up a career outside of music. When I was in my band in high school, we were always looking to make demos, and as a group of 16-18 years old kids, it got really expensive always trying to go to local studios and record. I decided to download some very inexpensive programs and purchase some basic gear just so we could get the ideas from our minds onto a physical recording. We never planned on releasing any of those demos, but we just needed something to help us narrow down our ideas so when we went to a professional studio, we had a game-plan.

Once I started learning the process of recording, producing, and mixing I really started to fall in love with it. Being a musician and writer from a young age, I was now afforded the opportunity to get ideas from my own mind into a listenable and tangible form. I produced demos for my band in high school, but I also started making a lot of my own music on the side. I graduated high school in 2013, and I knew that was the end of my band days. I was going to college at Florida Atlantic University in Boca Raton, FL with my wife. In college, my wife and I were both full-time students, we both worked 30-40 hours a week, and when we were home together we wanted to see each other as much as possible. With that said, if I was ever home alone or had any spare time waiting on my next class to start, I was making music. By the end of 2013 into early 2014, bands from my hometown were offering to pay me to mix and master their records. I did small projects on the side for a couple of years, mostly in the metal and rock genres, and eventually my skills got sharper and sharper. After years of making metal music, I was starting to get burnt out and I wanted to expand. I started getting into making pop and electronic music.

At this time, it was extremely hard to find any artists that wanted to work in that style, and it was hard to find any resources to help me learn the style. In late 2014, I was working at Barnes and Noble to make some cash to get through school. While working at Barnes, I met a guy named Grayson Gibson. He had just started working at the store and I was training him. While we were chatting he told me he played guitar and sang and wanted to start releasing music. When I asked what style he wanted to work in, guess what he replied with? You guessed it, pop. I asked him if I could record and produce some songs for him, for free of course, and he agreed. We worked on a few tracks that he loved so much, he ended up releasing them. This is all happening while the new Facebook group is starting to gain traction, and I’m working on my own music in the pop realm. In 2015, I was working on releases for Grayson, releases for myself, and I was starting to get releases here and there for paying clients. Throughout 2015 I kept building my skills in the pop realm, but I found it difficult to learn and network in the pop space. Coming from the metal community, there were so many groups and forums and resources to learn from and network in. I decided to make a Facebook group, Make Pop Music, in August of 2015 so people interested in making pop music could come and share their demos to get feedback, connect with each other, work together, and learn together. The community started small, but it grew surprisingly quickly.

By early 2016, I was starting to get steady work from producing, and after relentless persuasion, my wife convinced me to quit my job at Barnes and Noble and try and do production full-time. I was still a college student, and I wasn’t making much money at the bookstore, so if there was ever a time to try and make a living doing music, now was the time. Once I decided to go full-time in April of 2016, my life began to change forever. Through the rest of 2016, I was able to grow my production business to be substantial of a full-time salaried job, and the group was steadily growing. While my production business was growing, I was still in college for Secondary English Education. I was on track to finish my classes in Spring of 2017, do my student teaching in Fall of 2017, and graduate December 2017. However, at this point I was making more producing and writing for artists than I would have as a teacher, and I really didn’t plan on finding a job in the classroom. I talked to my counselor at FAU and asked them what my options were to drop the education degree but still graduate on time. I was informed that since I was Secondary Education with a focus in English, I could simply drop the education aspect and graduate in May of 2017 with a degree in English. So that’s exactly what I did. By the time I graduated, my production business was going great, the community was getting huge, and my life was only getting better.

Throughout 2017 and 2018, I kept working with a ton of artists, I kept moderating the Facebook group, and I started making YouTube videos that our community was requesting. I was working on more projects than ever, Make Pop Music was expanding with the videos, and people started requesting more paid content, like sample packs, preset packs, courses, etc. I developed a few small paid products for the Make Pop Music website in 2017 and early 2018, and I quickly found out there was a huge market for it. In 2018 I started getting serious about making the YouTube content and paid content creation. During this time, my wife had graduated from Florida Atlantic University with a Bachelor’s Degree in Marketing. She was working at a marketing firm in Boca Raton in 2018, but that would quickly change. When our lease was ending on our apartment in October 2018, we talked about relocating. We would visit Orlando every month or two so we could visit the theme parks, eat at all the amazing vegan restaurants, and getaway for the weekend. We loved Orlando, and the cost of living here was much better, so we decided to leave South Florida. Since my wife had to quit her local marketing job, she decided it would be fun to try and work with me. My production business and Make Pop Music were making enough income that we could afford it, even if it was only for a few months as a trial. She started working with me full-time in October of 2018, and when she started we grew to doing weekly videos, monthly paid content, and my production business was thriving because I had extra time to work on projects since she was taking a heavy workload off of me.

In January of 2019, we made a new website for Make Pop Music, did a rebranding, and really started focusing on that content. Throughout 2019 and 2020, we made a ton of content for our YouTube channel, the Facebook group, and the website. I was also working on more projects than ever. During 2019, I worked on over 250 projects for artists while also making weekly content for Make Pop Music and steadily making paid content for Make Pop Music. Since then, not much has changed. We have just continued to grow and learn as the days go by. We are making content all the time, always trying to get better, do better, and be better. We hit 27,000 members in the Facebook group, 100k subscribers on YouTube, I worked on projects that were hitting iTunes charts, and our website hit a sales benchmark we didn’t expect to hit for 5-7 years. We were fortunate enough to buy a house in April of 2020 so we have just been getting settled in. We have been focused on pulling back on our workload and making everything a bit more passive. We are able to take more time for ourselves now, and we’ve been able to slow down and enjoy life a bit more. At the moment, we are planning the next stage for Make Pop Music, I am working with a handful of artists I believe in, I am starting to co-write with massive songwriters and artists, and we are laying the foundations for the next 5-10 years.

Would you say it’s been a smooth road, and if not what are some of the biggest challenges you’ve faced along the way?
Overall, everything has gone better than I could’ve ever expected. The biggest struggle was that I went into full-on hustle mode for way too long. I would go extended periods without taking any breaks, any time for myself, any time for my wife or my friends, and it eventually wore me down. I had some rough battles with mental health from late 2018 to the first half of 2020, but I have finally started to learn my boundaries. I have developed healthier habits, developed boundaries for work, and started taking more time for myself and my relationships.

Can you tell our readers more about what you do and what you think sets you apart from others?
I’m a music producer, songwriter, mixing engineer, and musical engineer based out of Winter Garden, Florida. I also own and operate a company called Make Pop Music with my wife. I have developed my own production style and writing style that has helped me build a steady business working with other artists and companies. I have worked on hundreds of projects that range from pop to metal to country to orchestral music. I think my ability to pull from any genre or style and incorporate that into a style that feels current, relatable, and digestible has really helped me carve my own space in a saturated market. Make Pop Music is a company that has a Facebook community, a YouTube channel, and a website that has free and paid content. There are a million YouTube channels based around music production, and there are a billion companies that sell sample packs and courses, but what makes Make Pop Music different is our community. We function first as a community and a family, we make content based on what our community wants to see, and we only make content that we believe in and practice ourselves. I think our authenticity is what really separates us from most other similar companies. 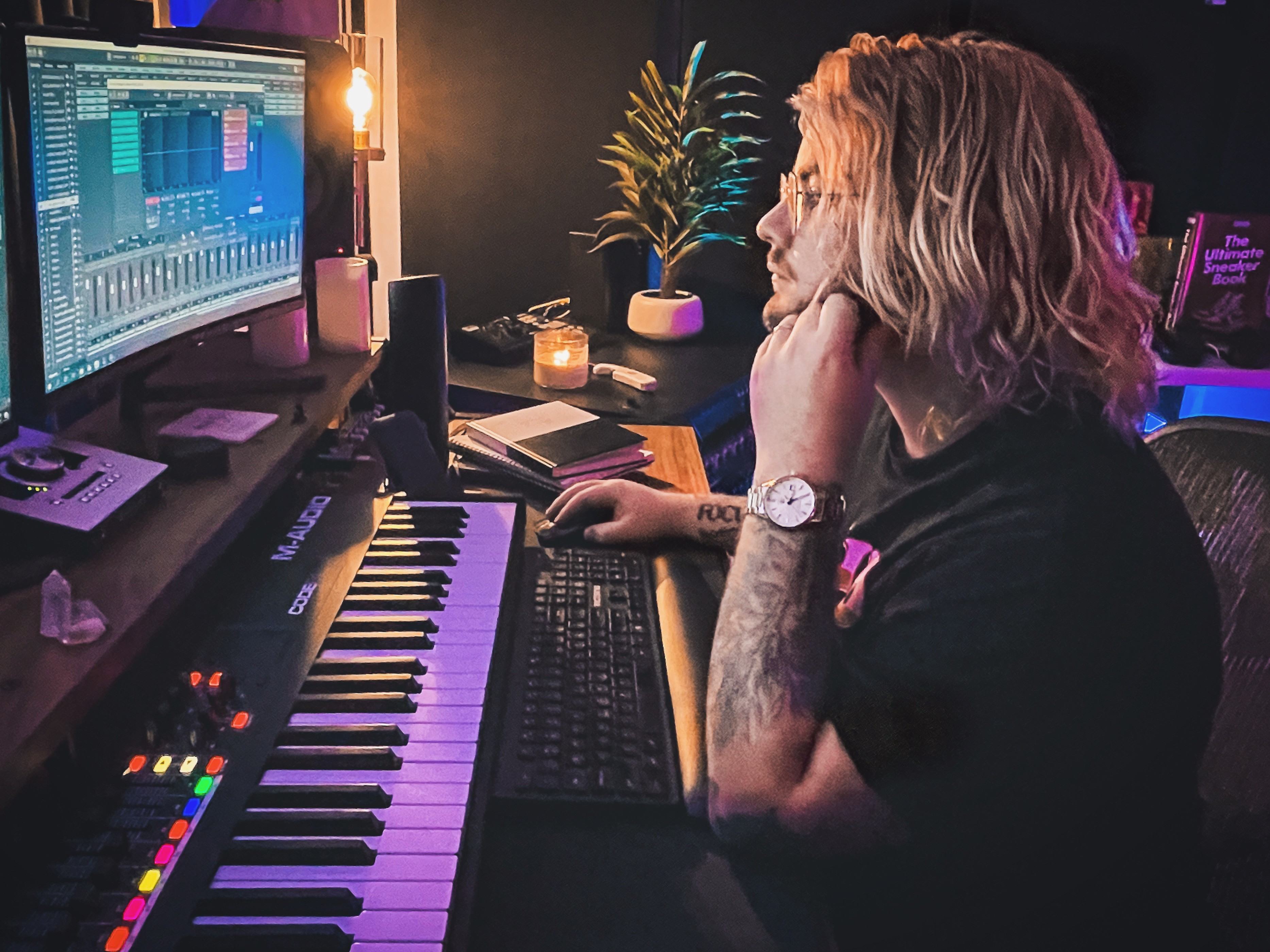 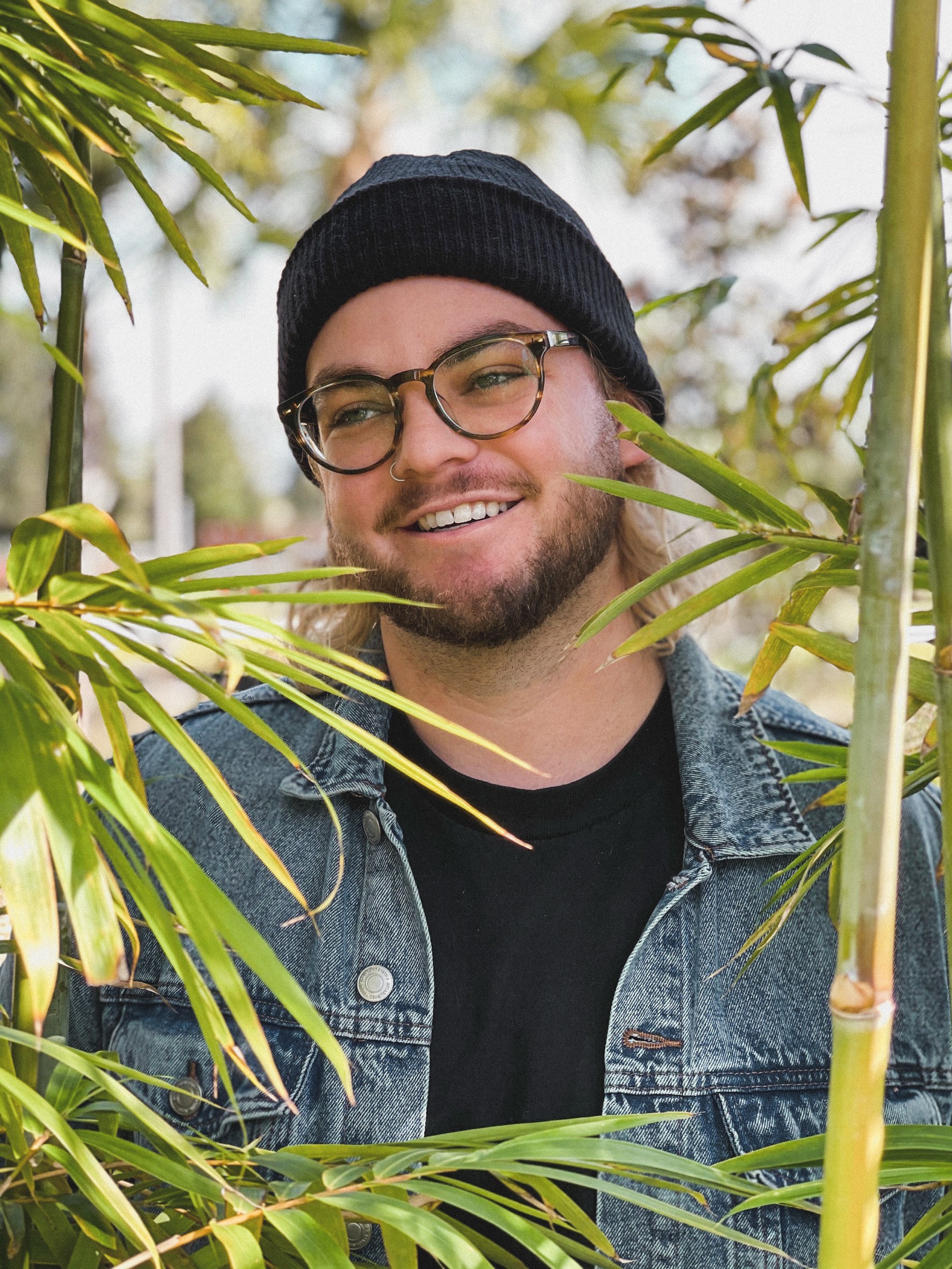 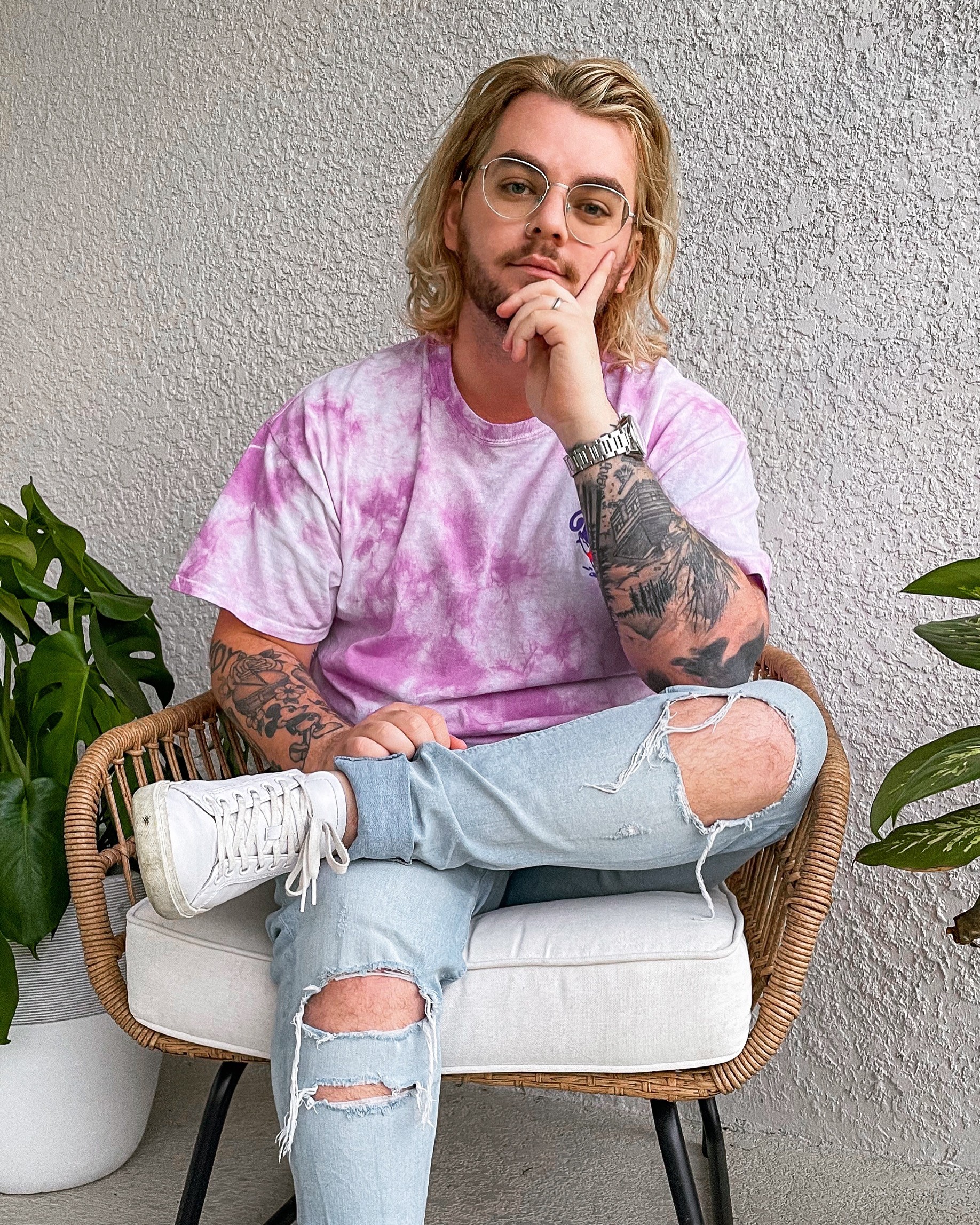 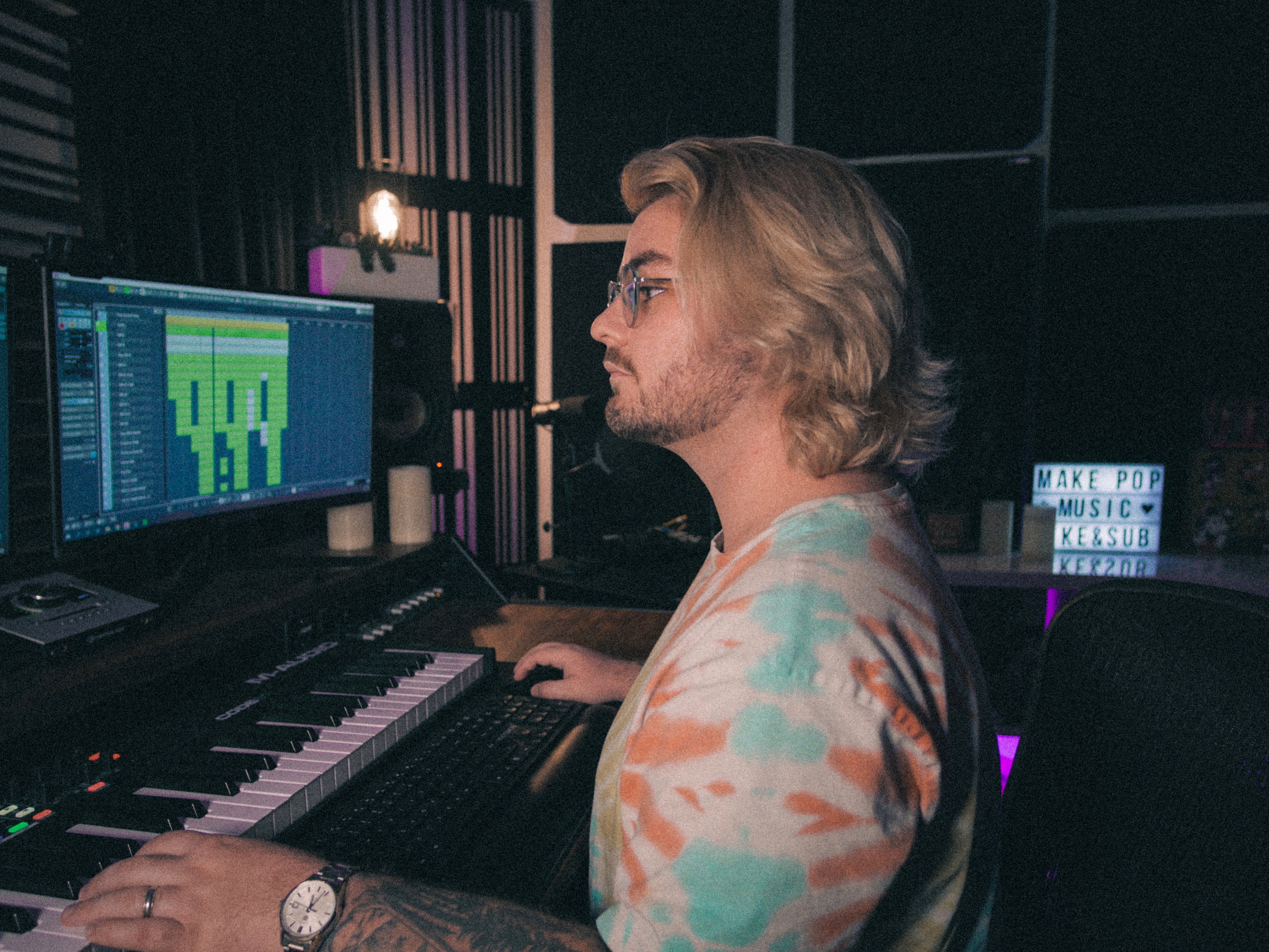 Suggest a Story: OrlandoVoyager is built on recommendations from the community; it’s how we uncover hidden gems, so if you or someone you know deserves recognition please let us know here.