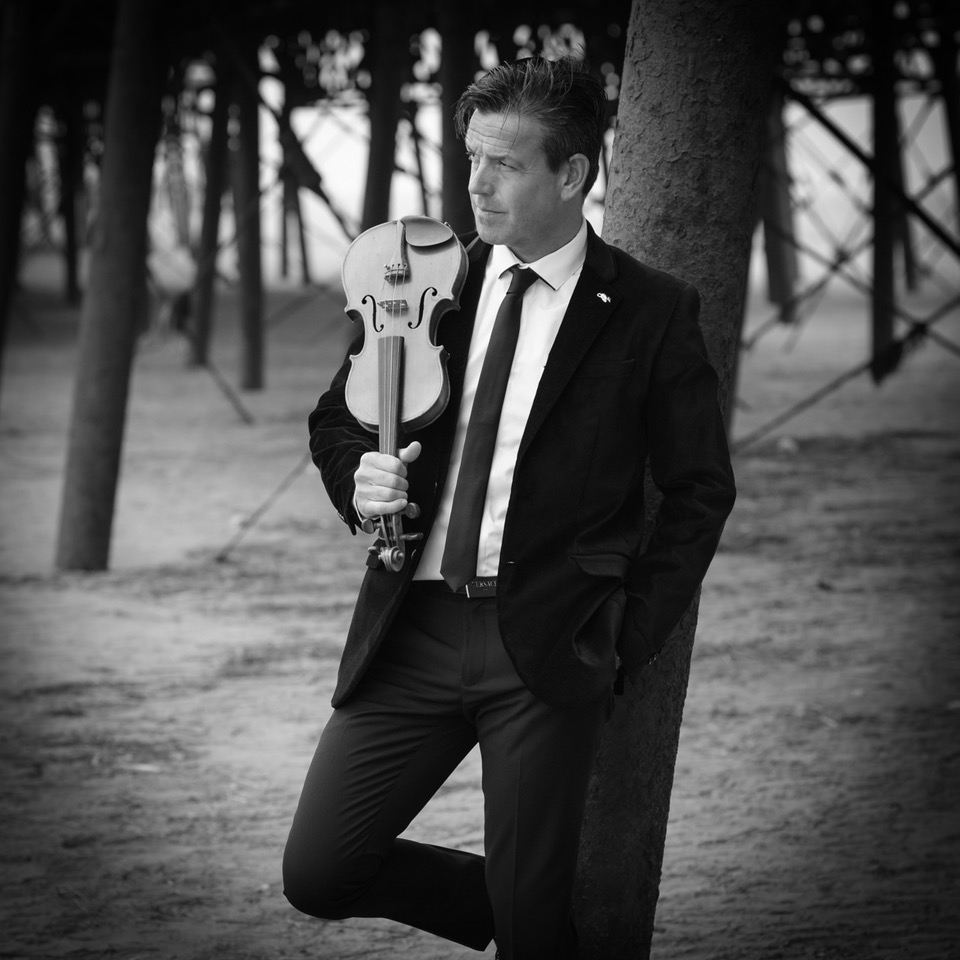 Today we’d like to introduce you to Gary Lovini. Them and their team share their story with us below:

British TV personality and International Music Violin Star GARY LOVINI is a familiar face around the town of Celebration FL. Gary originally hails from the North of England where he began his music career aged 16, but today makes his home in Celebration with his wife Emma and children Louis and Ellie.

Gary started to play violin at the age of 8 and at age 17 won the British TV show “New Faces” which was the early version of “Britain’s Got Talent”. Gary stole the nations hearts and was catapulted into stardom and the public eye and could be seen performing at theaters and concert venues throughout the UK. He became a regular on TV talk shows and appeared regularly on British TV including Sunday Night at the London Palladium. One of Gary’s greatest achievements was to perform for HM The Queen and HR Princess Margaret on The Royal Variety Performance!

In addition to his many TV appearances Gary has performed at some of the most famous concert halls in the UK including The Royal Festival Hall (London), Birmingham Symphony Hall, The Usher Hall Edinburgh, St David’s Hall Cardiff, and the very prestigious, Royal Albert Hall, London.

At 16 years of age, Gary was invited to perform on the QE2 and flew Concord on the inaugural flight to Rio De Janeiro to perform alongside many of his idols such as Neil Sedaka, Jack Jones, and Dionne Warwick, and Rod Stewart! Gary is also a member of the prestigious show business organization, The Grand Order of Water Rats of which HRH Prince Charles and HRH Prince Phillip are patrons, and notable members have included Bob Hope, Laurel and Hardy, and currently Brian May of Queen Fame! The Grand Order were cordially invited to a private reception at Buckingham Palace with Her Majesty the Queen and HRH Prince Phillip to commemorate 125 years of the Order in November 2015. Gary and his wife Emma had the honour to meet and chat with The Queen and Prince Phillip, a once-in-a-lifetime moment for sure! More recently a lodge meeting was held in Las Vegas, hosted by Companion Brother Water Rat Robert Earl Junior, founder and CEO of Planet Hollywood and owner of Buca di Beppo.

Gary first set his sights on living in Florida following a performance at The Villages in 2001 alongside the legendary Vegas showman Mickey Finn. It was Emma and Gary’s first visit to Florida and they then frequently returned with Gary performing to sold-out US audiences and enjoying dream vacations at the same time!

In the last 10 years, Gary’s career highlights have included Headlining at a top UK festival with pop star Rita Ora. He returned to the Villages in August 2018 where he hosted a master class for The Villages Charter School before thrilling a sellout crowd at The Sharon L Morse Performing Arts Centre. Gary was also proud to Headline on the maiden voyage on one of Royal Caribbean’s newest super liners, Anthem of the Seas. And performed several dates on the Disney Magic wowing Disney guests with his own special form of musical magic, entertaining them with his laser violin rendition of Star Wars. During a very busy year, Gary also performed at the Osceola School of Performing Arts for their delighted string students. Headlining his Irish Show at the prestigious Dr. Phillips Centre for Performing Arts and in his home town of Celebration for their Concert Series. July 2021 Gary was invited by Mr. Dan Newlin to open for Flo Rida and Shaggy at Hard Rock Live Universal, a concert in honor of our health care heroes.

During Covid, Gary has been busy working on lots a new material and performing at many private events. This is a new venture for Gary and we are finding it’s a great way to showcase his talents here in Florida. He has a huge repertoire of beautiful ballads to play at events and weddings followed by a stunning cocktail hour of contemporary violin tunes and an exciting energized party set.

Just this month Gary had the honor to play at The Founders Reception for The Special Olympics Orlando 2022 at Disney’s ESPN stadium.

Can you talk to us a bit about the challenges and lessons you’ve learned along the way? Looking back would you say it’s been easy or smooth in retrospect?
In the early years when I first started to play the violin, finding money for my lessons every week wasn’t always easy but my father, who was a taxi driver somehow always found a way to manage to pay. I am the only musician in the family and my Dad started to enter me into local talent competitions in local working men’s clubs in the UK. At that time seeing a violinist in a talent contest alongside singers, comedians and jugglers, etc was literally unheard of but I managed to play my music in a way that everyone could enjoy and I slowly began to build a following around Birmingham UK. Finance was always a challenge when travelling the UK but I started winning these contests along with some nice cash prizes which helped me to continue to chase my dream.

Obviously, the biggest challenge was when Covid struck. I was a busy Headliner on all the top cruise lines and literally lost that job overnight and had 2 years of future cruise work cancelled instantly. The cruise industry was probably the worst affected business in the world and has only just started coming back for me since the start of the pandemic. These were very worrying times as our whole industry just stopped. The only way I could survive was by doing local private gigs which all started from a friend of mine inviting me to play for his Wife’s 40th Birthday in his backyard around the pool. From this gig, a few of the people there invited me to play for their parties and business events and this started to grow into a successful and new venture for me. At one of the private parties, I was booked to perform at, Mr. Dan Newlin (Central Florida Injury Attorney) was a guest and invited me to perform with Flo Rida and Shaggy at a concert he was organizing for all the health workers during Covid. This huge event was at Universal’s Hard Rock Live… and for 6000 people! During the pandemic, we contacted all the Event Planners and Agents around Central Florida and are now firmly on their radars and I am now getting some really good high-profile corporate work.

Alright, so let’s switch gears a bit and talk business. What should we know about your work?
My most proudest moment was playing for Her Majesty the Queen on The Royal Variety Performance for BBC TV in the UK. I also went to Buckingham Palace with my wife and met and spoke to The Queen personally during an invitation from Prince Phillip and Prince Charles to a private reception celebrating 125 years of The Grand Order of Water Rats… a showbiz fraternity of which Phillip and Charles are members of.

What sets me apart is my unique style of violin playing. I am a showman who entertains all audiences young or old and language is never a barrier. My shows are electrifying, dynamic, and entertaining to all.

Do you have any advice for those looking to network or find a mentor?
During the last couple of years, I have been doing a lot of networking here in Central Florida. Meeting and getting to know Event Planners, Entertainment Agencies, and bookers is important. Covid has given myself and my manager (also my Wife) time to do this. We have made a lot of contacts and met many other colleagues from our industry and found this has worked very well for me. 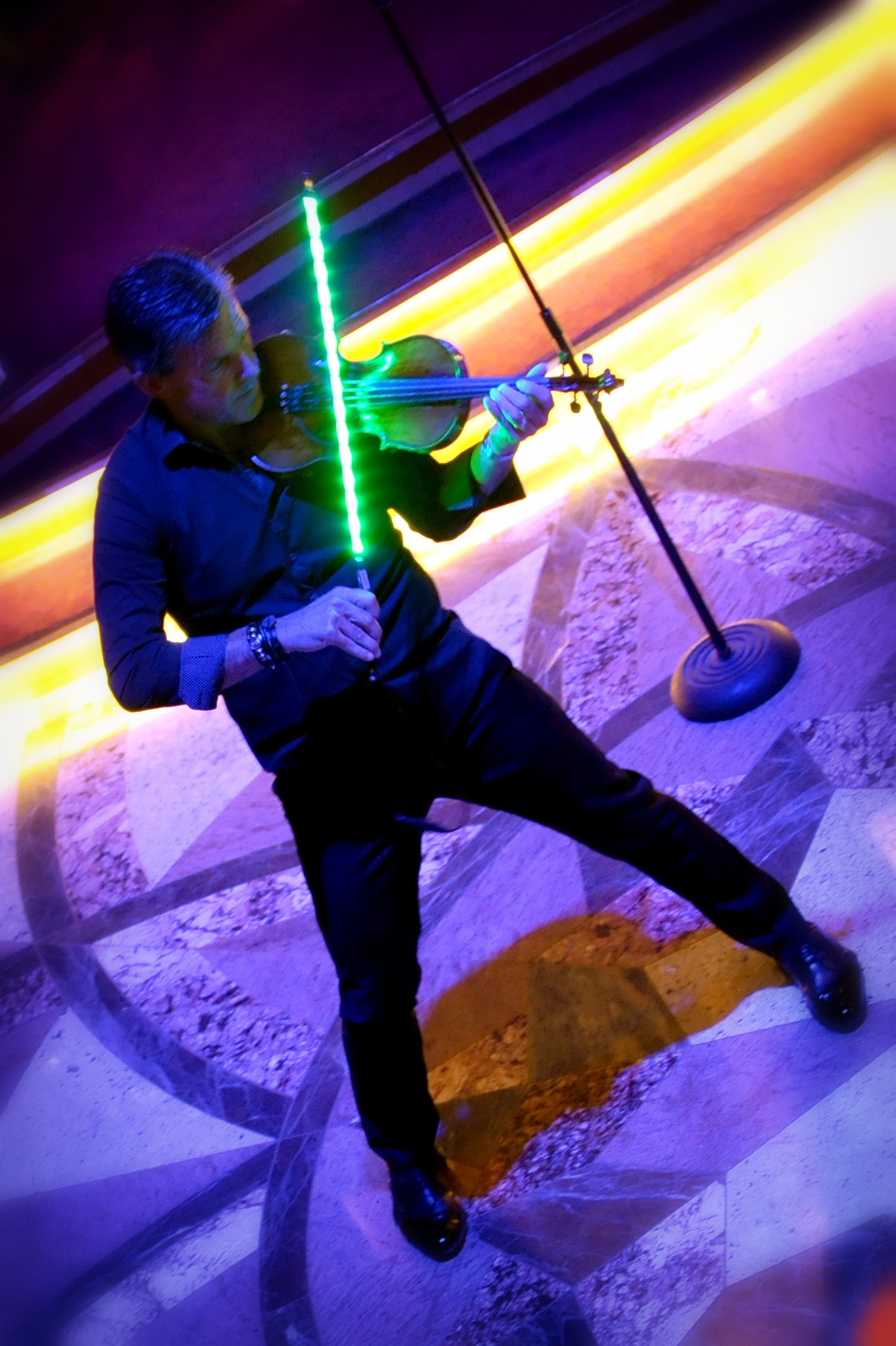 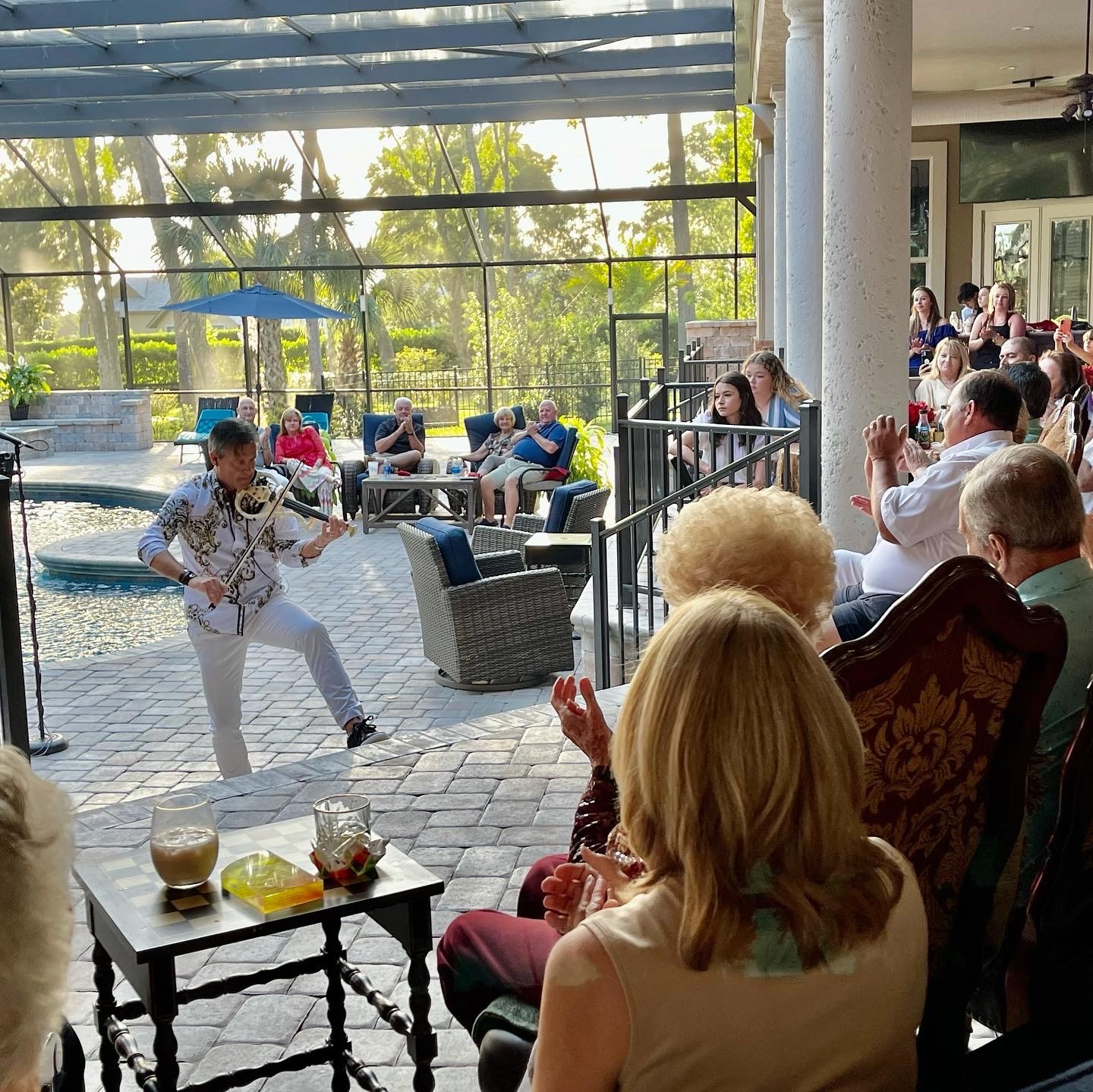 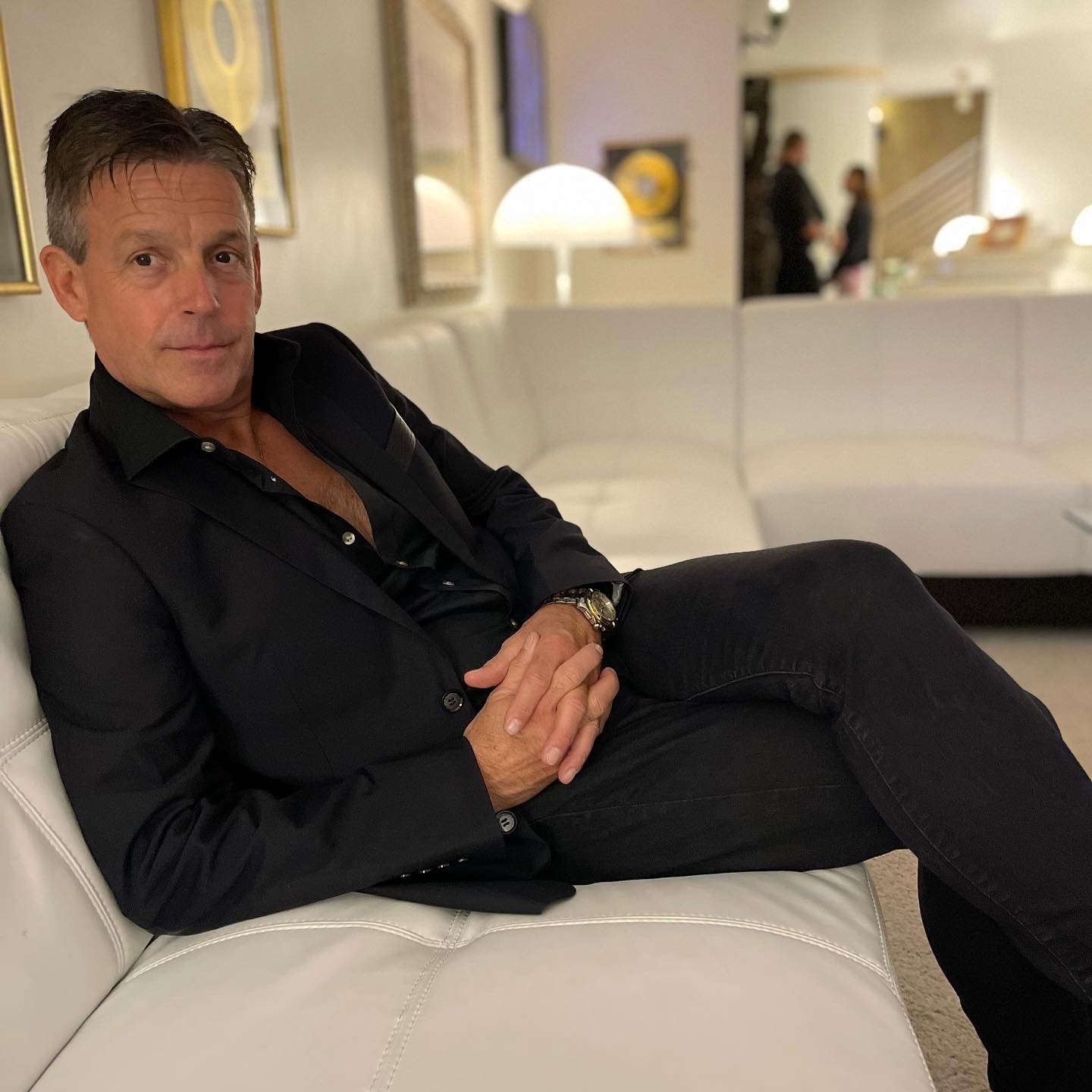 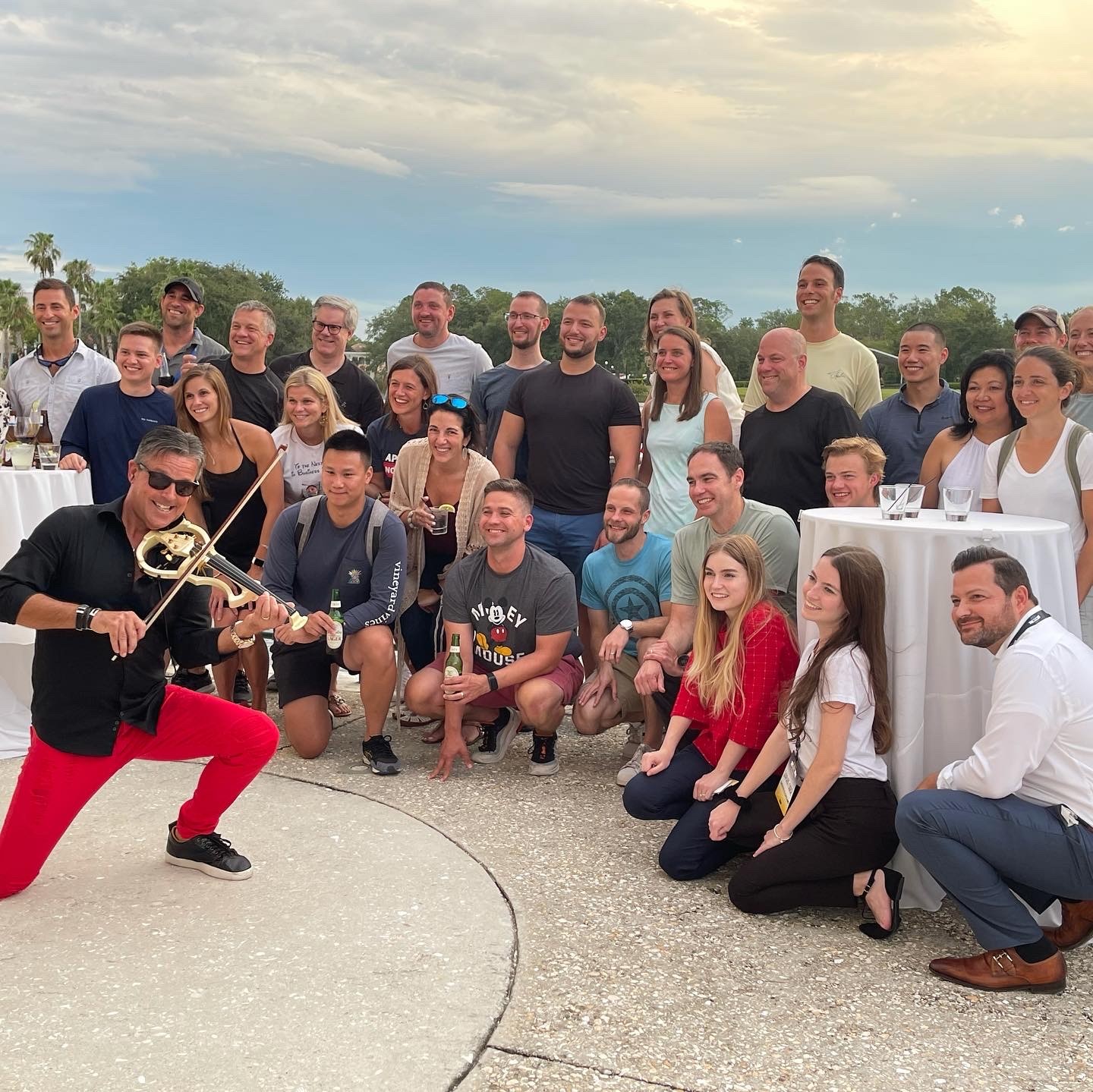 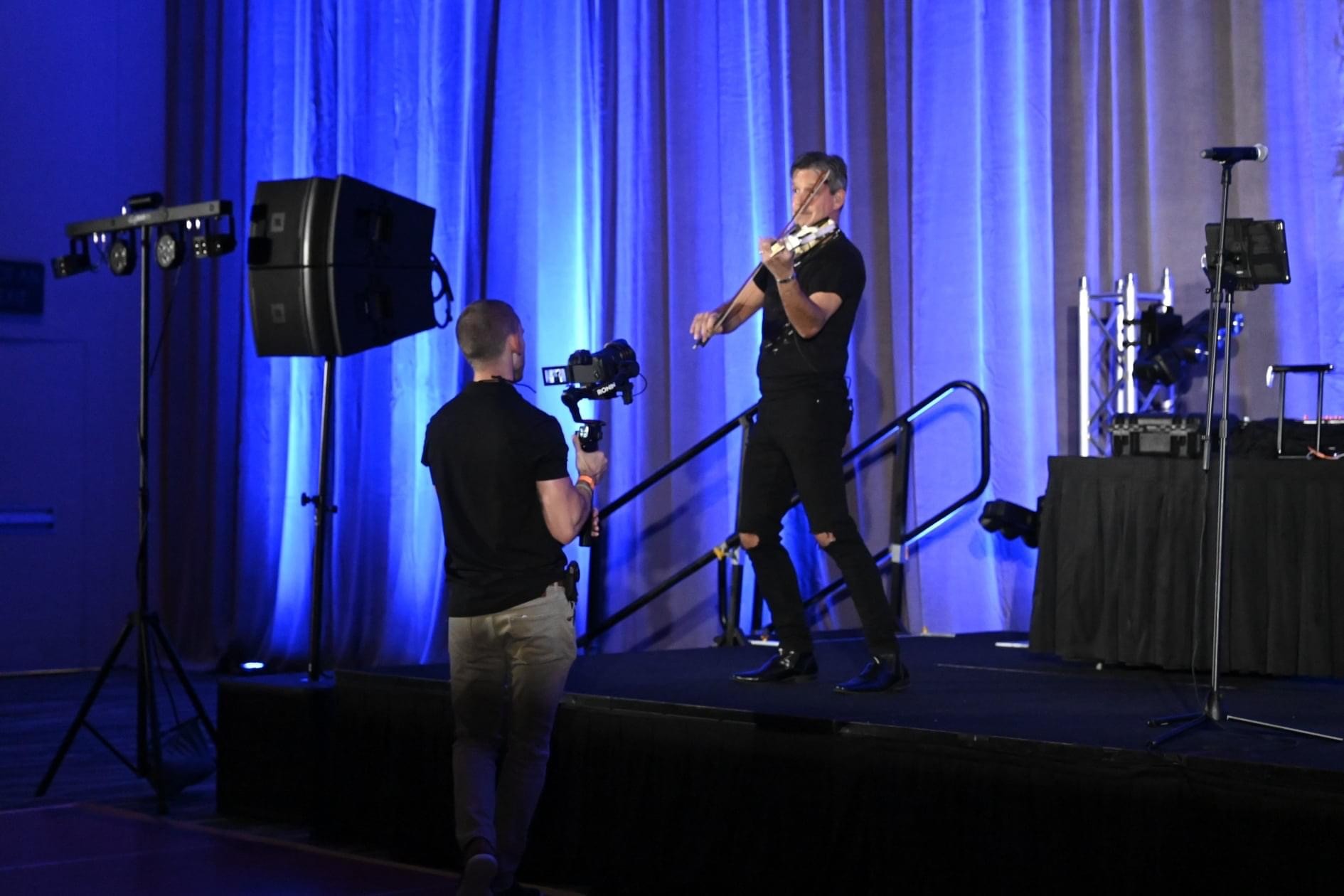 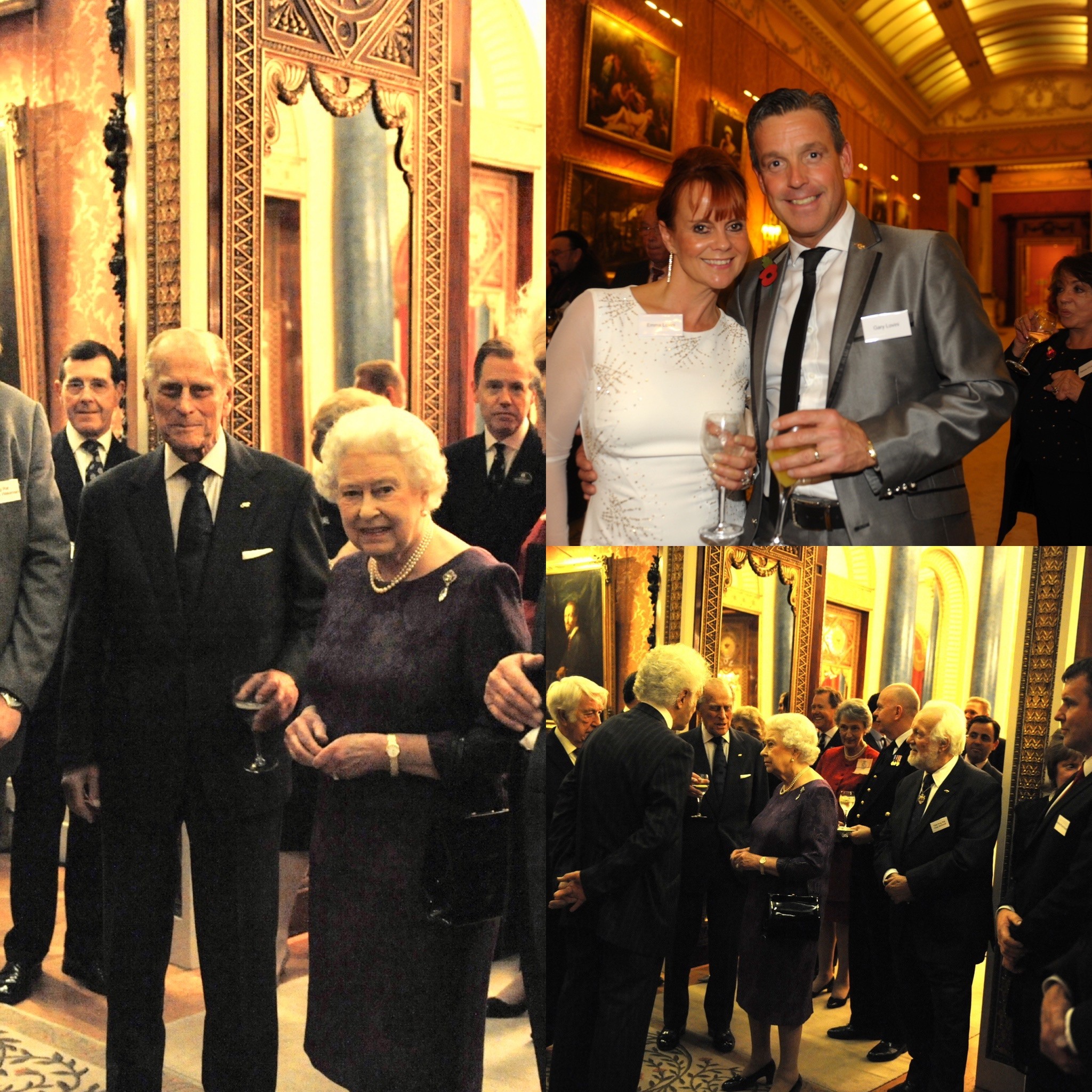 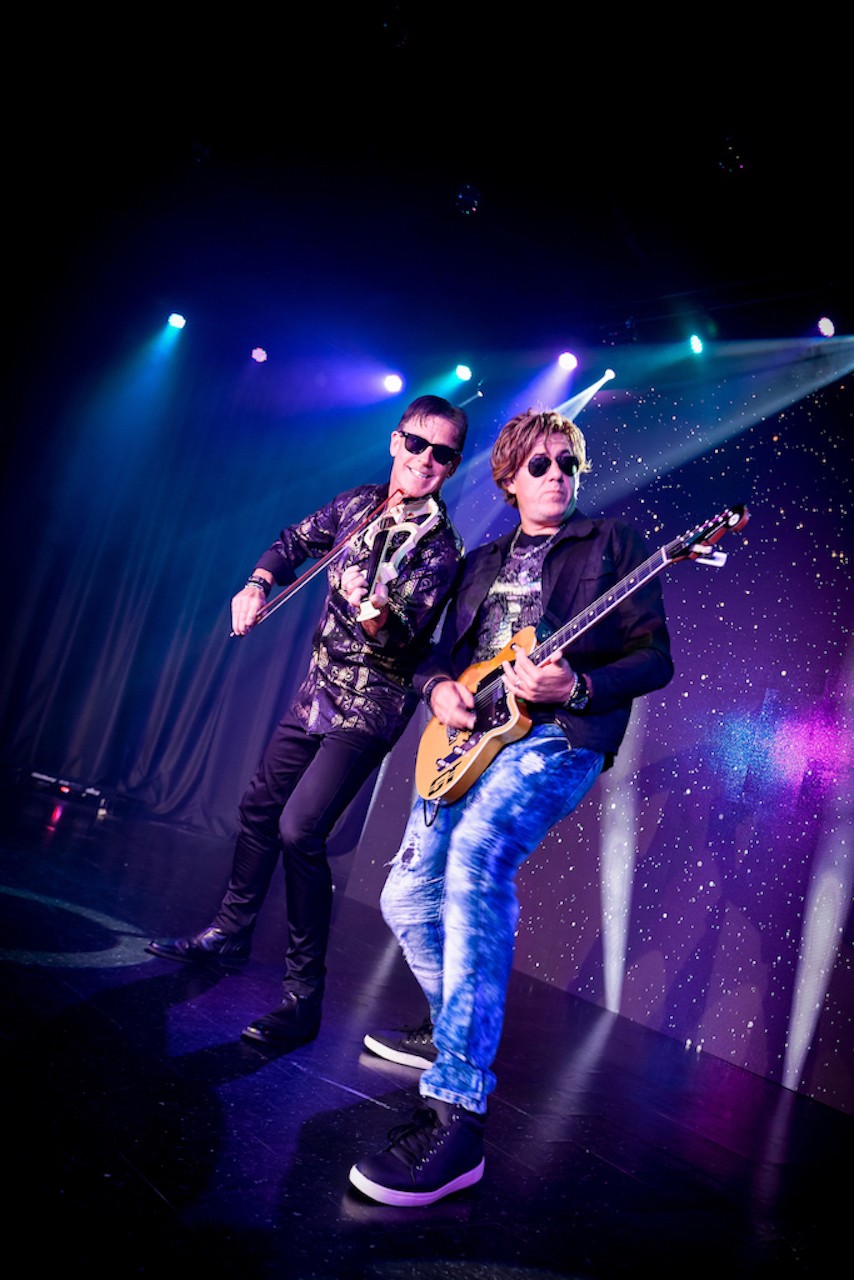 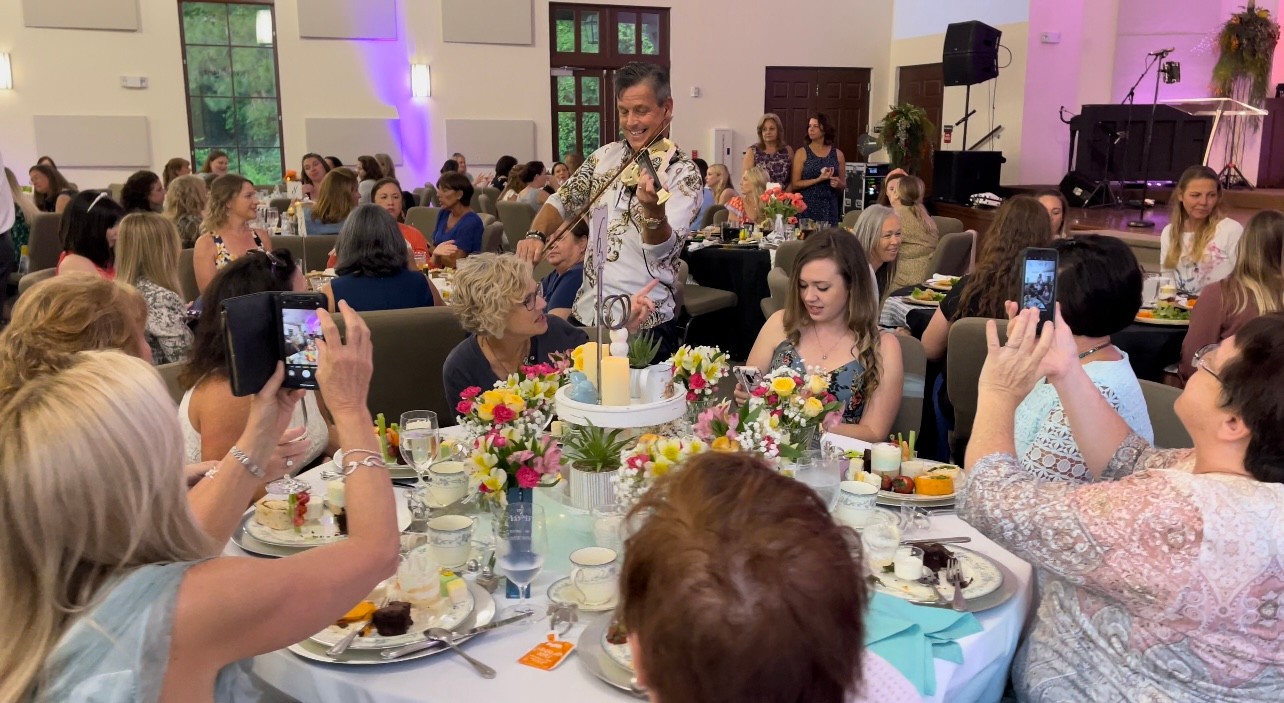 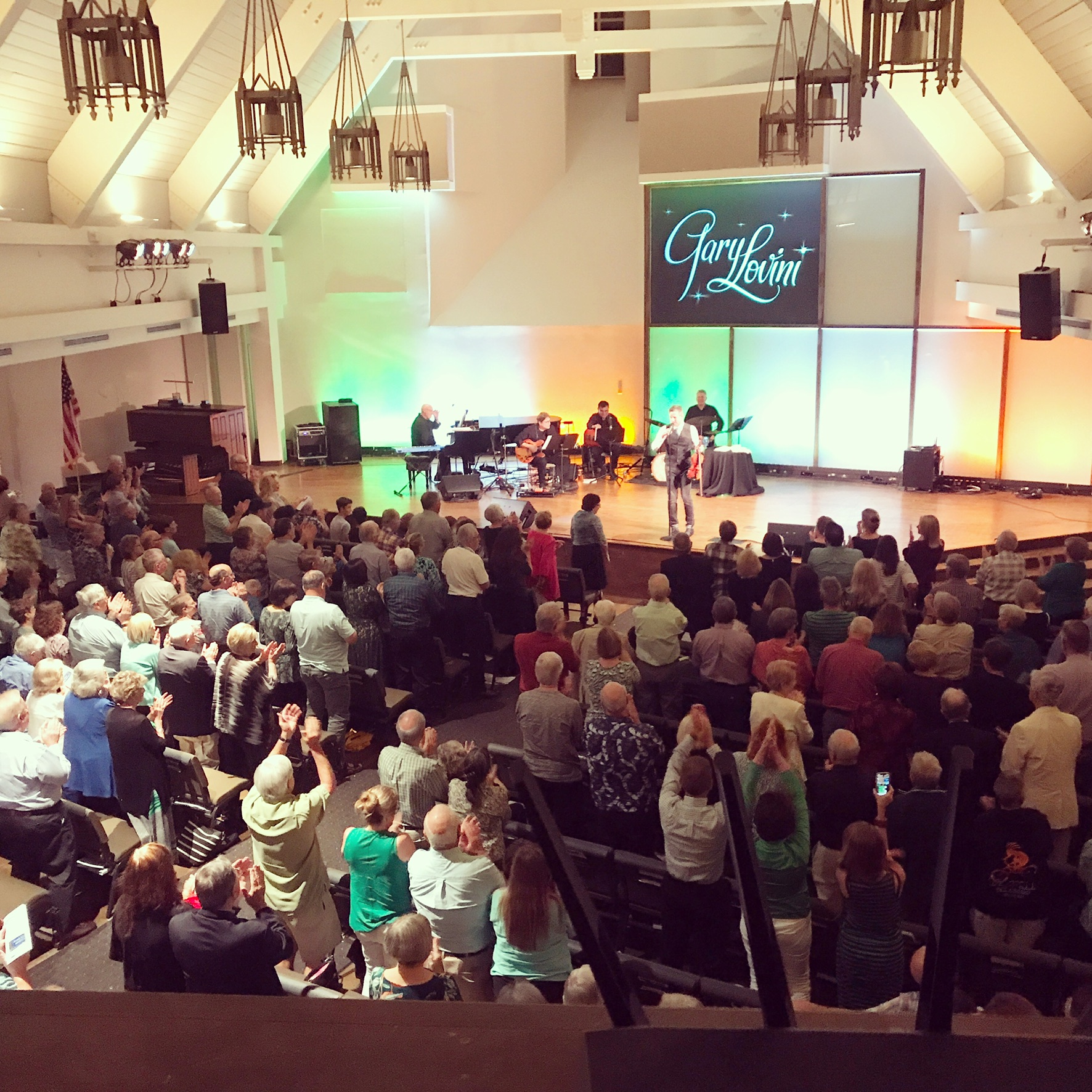 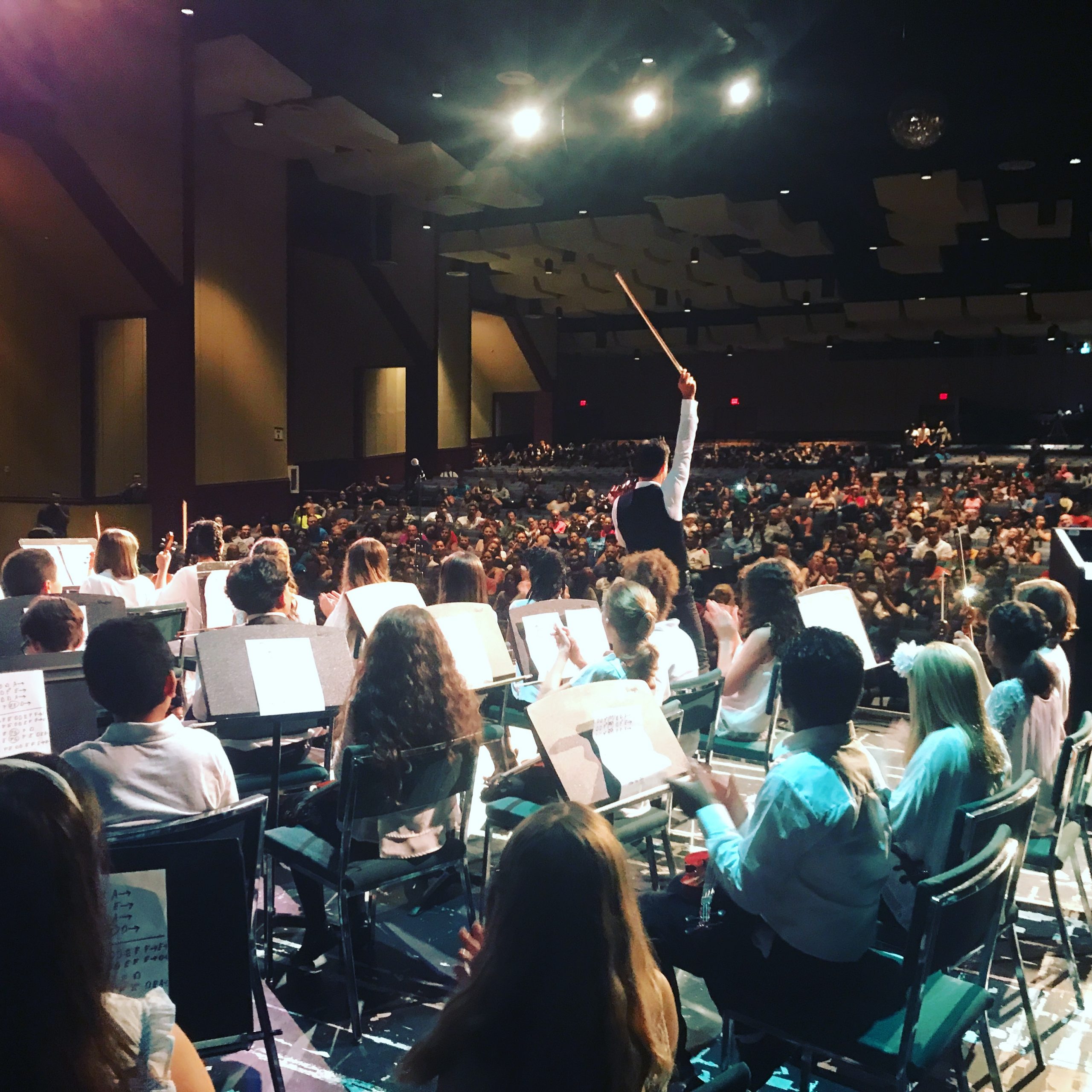 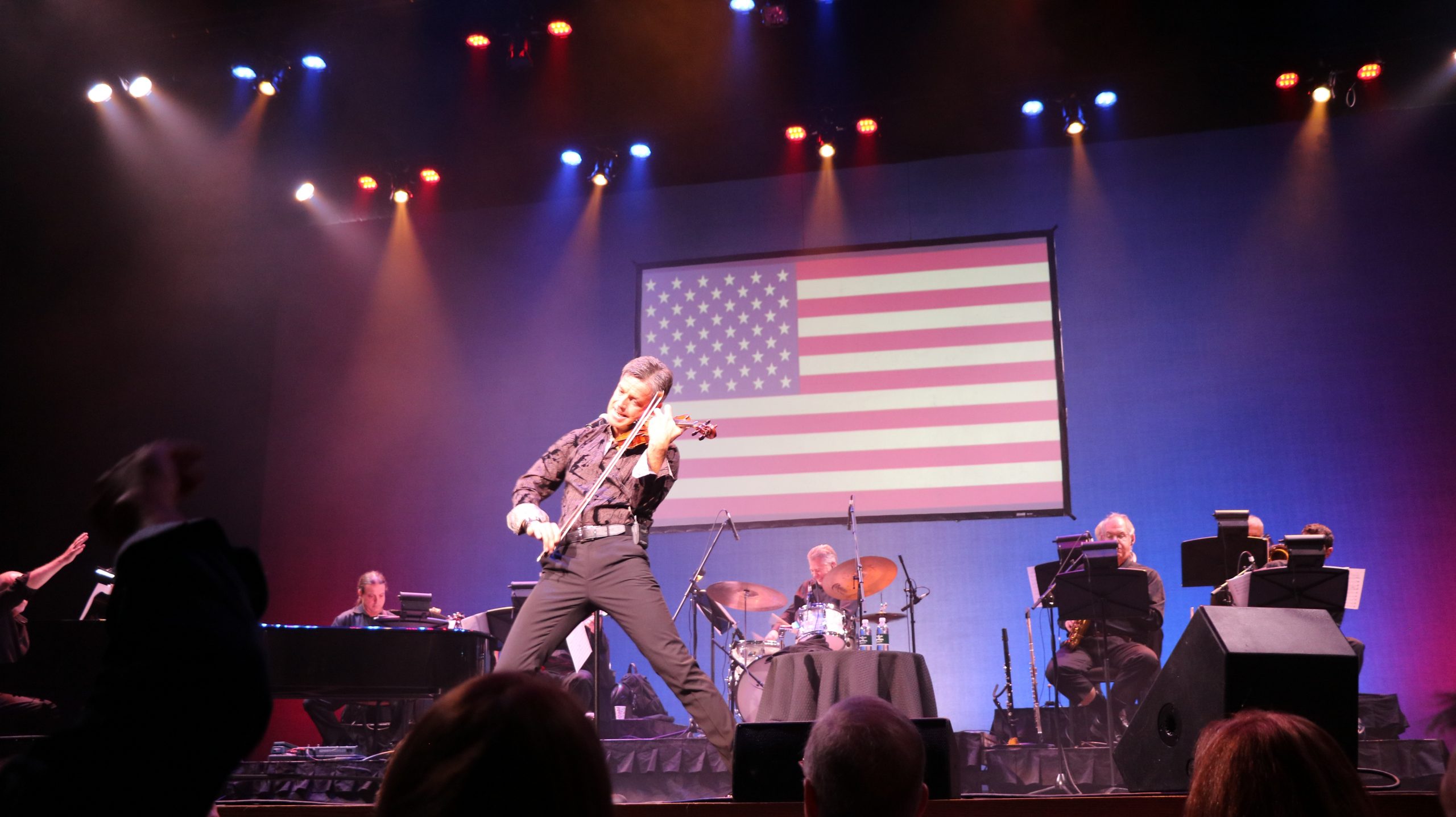 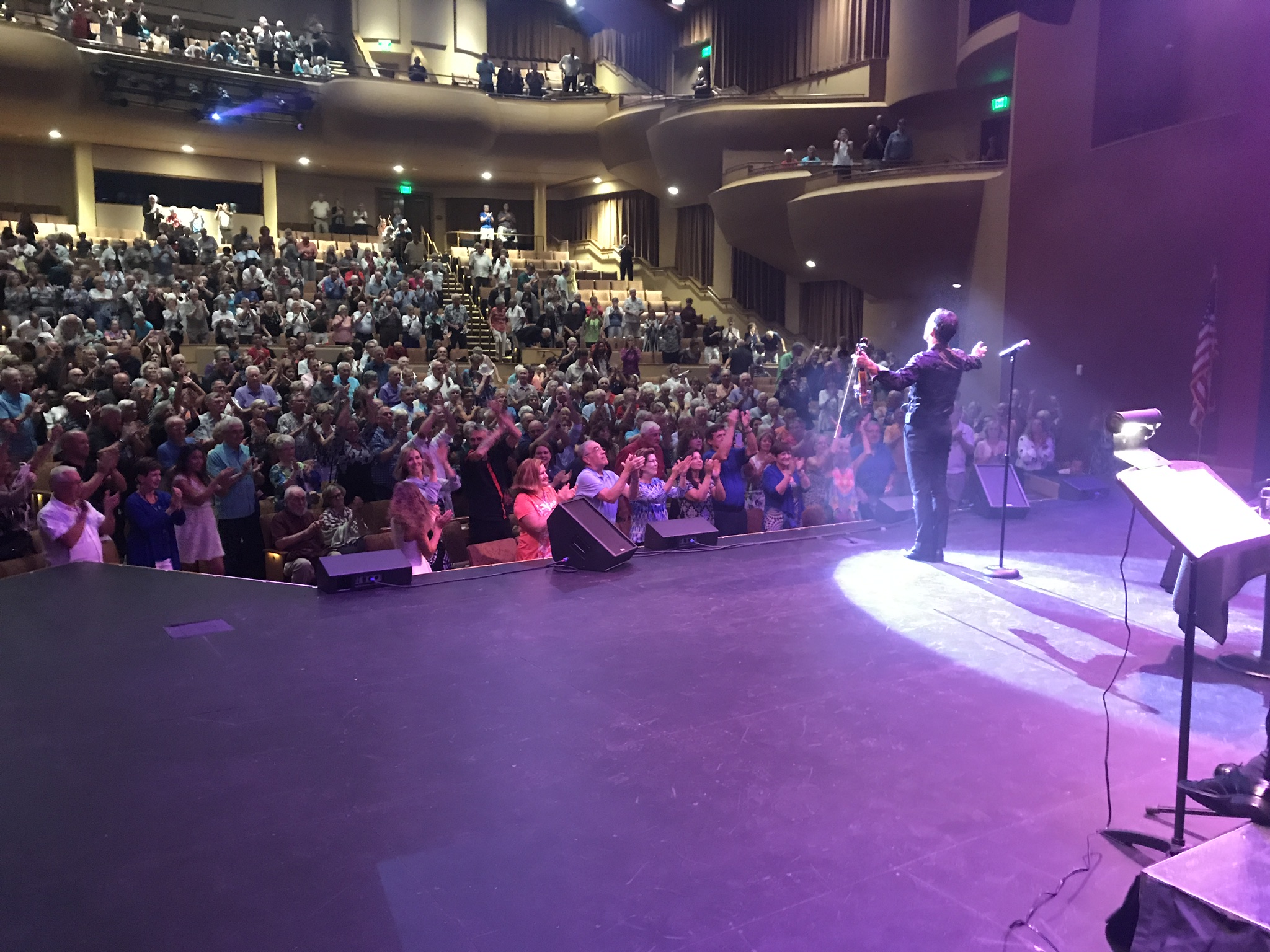