Today we’d like to introduce you to Arisa Kusumi Sullivan. Them and their team share their story with us below:

Howey Mansion Music Series was founded in October of 2018 by classical soprano Arisa Kusumi Sullivan. Over the course of her 25 years career in chamber music and concert singing, traveling around the world, working at the best music festivals, meeting brilliant musicians, and performing with them in palaces and intimate venues, Arisa began mulling over the idea of one day creating her own chamber music series where she could invite the musicians she had met on her journey and continue sharing beautiful music in beautiful settings. When she saw pictures on social media of the renovation work her friend Brad Cowherd and his brother Clay were doing to the historic Howey Mansion, it piqued her interest, and she set out to find out whether the mansion had a grand hall like many of the palaces she had performed in with fabulous acoustics for classical music. After seeing the mansion and speaking with Brad who agreed to have a series at the mansion, she saw that this was a match made in heaven and the sign she needed to begin her nonprofit music series.

Soon after, the 501(c)(3) was formed, the board of directors was organized, and the series began with a soft season to learn along the way. At the same time, Arisa was also granted a scholarship from the Edyth Bush Foundation to learn more about Nonprofit Management at the Edyth Bush Institute at Rollins College. With their help she was able to get the education she needed to build a successful nonprofit organization from the ground up.

Arisa had seen over the years that interest in classical music was dwindling, and finding audiences for classical, as well as jazz concerts, was becoming more and more challenging. But as it was important to restore the Howey Mansion, learn a part of FL history, and enjoy this landmark now and in the future, so it is also important to teach people about where our music came from and not lose an important part of our heritage. With the mission to “breathe new life into musical treasures,” the series started out on its aspirations of bringing educational music concerts to people of all ages and by providing entertaining and engaging stories about classical and jazz music, they hope to inspire appreciation for these musical genres thereby ensuring that audiences grow and continue for generations to come.

Blessed with a beautiful outdoor space in front of the historic Mansion, the series was able to flourish despite the COVID-19 pandemic, and they continue to gain fans and loyal followers with every season. The series has been able to secure the support of grants by United Arts of Central Florida, as well as sponsorships by Advent Health and other local businesses. Most recently, they kicked off their 3rd season, inviting musicians from New York City, their first out of town artists. Their goal is to continue bringing world-class musicians to the venue and make Lake County a cultural attraction, drawing audiences from far and wide.

We all face challenges, but looking back would you describe it as a relatively smooth road?
There was a steep learning curve in the beginning. At first, everyone thought we were part of the mansion and not a separate nonprofit organization. We had to learn how to best distinguish ourselves from the Mansion and set expectations of what we provide versus what services the mansion provides. We made some mistakes in the beginning trying to do too much too soon and trying to do tours and concerts at the same time. We learned that we really needed to pare it down and focus on presenting music so that people understood who we are and what our organization does.

In terms of the venue itself, we had to figure out where outside was the best location to present concerts and at what time based on where the sunsets. We had a few VERY hot, very sunny concerts at which either the musicians or the audience were roasting. We also have to balance finding times available every season at the mansion for concerts since the mansion is so popular as a wedding and event venue.

I also had no idea how much work starting a nonprofit would be and how difficult it is to get enough donations, grants, and sponsors to actually be able to afford all the costs and have even one paid staff member.

As you know, we’re big fans of you and your work. For our readers who might not be as familiar what can you tell them about what you do?
I like the term “artist” because it incorporates so many things. I would like to define myself as an artist because I like to create and express myself no matter the milieu. Of course, I started out as a classical/opera singer. I studied classical voice performance, and I spent the majority of my career performing opera, oratorio, and recitals in Europe and the Americas. I lived for six years in Europe, made my opera debut there, and worked at several German opera houses before winning a prize at the Robert Schumann International Song Competition and moving on to specialize in lieder and art song. I performed at the Verbier and Villecroze Festivals before moving back to the United States and singing at the Marlboro Music Festival – the premiere chamber music festival in America. That is where I began learning about how special it is to make music with friends in small groups and in an intimate setting. The level of human connection and the energy that the musicians create in this genre is unparalleled. Often when you ask the best musicians what their favorite form of classical music is, they will tell you it is chamber music. When you have the right mix of people, and you jive in just the right way, it is the closest thing to spiritual magic or a religious experience that I can imagine creating as a human being. The level at which I could connect with audience members was also intense. I would often have audience members feeling moved enough to seek me out after performances and tell me how moved they were by my voice, or even cry and express how the music enabled them to release their own emotions or anguish.

It is these experiences that I had connecting with other musicians and with my audience that led me toward my destiny of starting my own chamber music series. Sharing these human connections and enabling people to have a deeper spiritual moment makes all of the hours of practice, the rejections, the disappointments and hard work worth it. I’m happy to say that we have already begun making these special moments for people at our Howey Mansion Music Series concerts. I have seen people during concerts with tears, with laughter, with deep thoughts and emotions. People have come up to me and expressed their gratitude for my founding a series like this in Lake County. It is as satisfying as I’m sure it is for a chef to see the pleasure he/she brings to a person through his/her meals.

Meanwhile, as it is hard to make enough money from the nonprofit, I have several other jobs to help support my family. I am very proud of the work I do as a voice teacher. I love teaching, and after teaching for seven years at Rollins College, I am enjoying the flexibility of working out of my home. I have also enjoyed my time as a faculty member of the Vienna Summer Music Festival and spent an amazing summer in Vienna before the pandemic. As I mentioned earlier, I just love expressing myself and being creative. So I also have branched out recently by starting my own food blog and sharing the recipes and food experiences I have accumulated in my travels on my Instagram account @globalgourmetgirl. My recipes and food have even been featured on Lake and Sumter Style Magazine!

Back during the time when I first had my son, I took a hiatus from singing, and I worked in the corporate world as a cross-cultural and diversity and inclusion consultant. I later made use of this experience when all of the racial tensions came to the forefront and my own son began having experiences with Asian hate; it inspired me to create a D&I program called “Better Together” to educate children about insider/outsider dynamics at my kids’ school, I also helped my son to create a video to bring awareness to the topic that was released on the AAJC’s social media, and I even did an interview with WUCF PBS station about the Asian American experience in Central Florida Voices.

Another step of my journey as an artist was during COVID when there wasn’t a lot of performing going on, I sent out my photos and resume to a model agency out of boredom. The result is that I now work as a model and actress and am represented by Benz Model and Talent Agency! This one always makes me laugh since I really had no expectations whatsoever of anything panning out. I tell people that anything is possible if I can start a modeling and acting career at 48! But I am incredibly happy to have all of these ways in which to express myself, especially now having gained the self-knowledge and confidence of being 40-something. I just hope that I can continue to explore new ways to express myself and that being an artist never comes to an end!

So, before we go, how can our readers or others connect or collaborate with you? How can they support you?
Given that I have my foot in many pools, I guess it is easy to find a way to collaborate with me. What comes most organically to me is to continue my work as an individual artist in singing, acting, and modeling. I also need as much financial support as I can get to continue the Howey Mansion Music Series and eventually be paid a fair and proper wage for the work I do as Executive and Artistic Director. We also have educational videos for kids on the United Arts of Central FL site: www.unitedarts.cc. We would love for schools and educational groups to purchase our video link to use in their music education programs. We are hoping to start school performances at the mansion soon too. I am also always open to new ideas and new collaborations that bring meaning to my work as an artist by helping others and contributing to the Orlando area community. 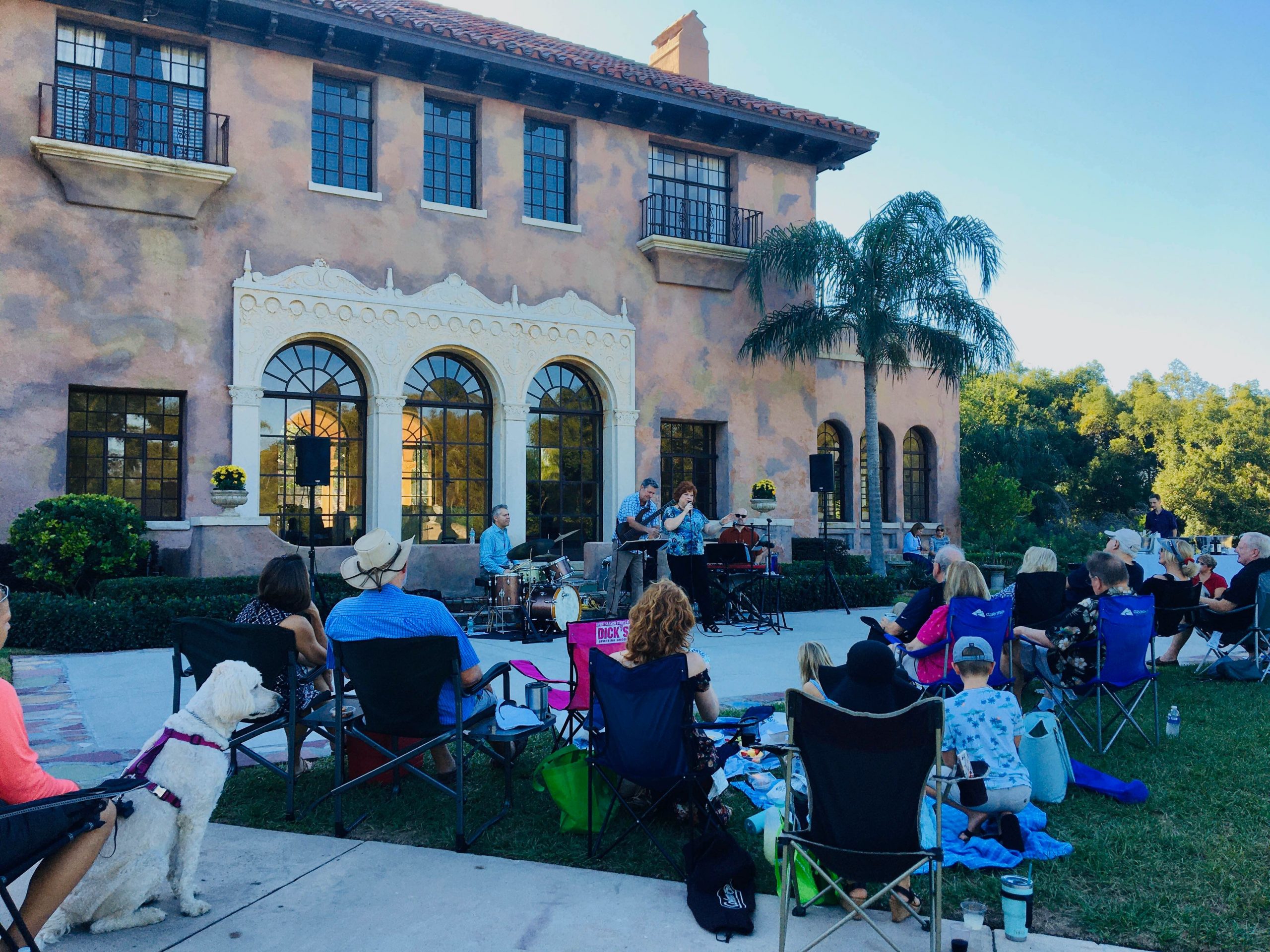 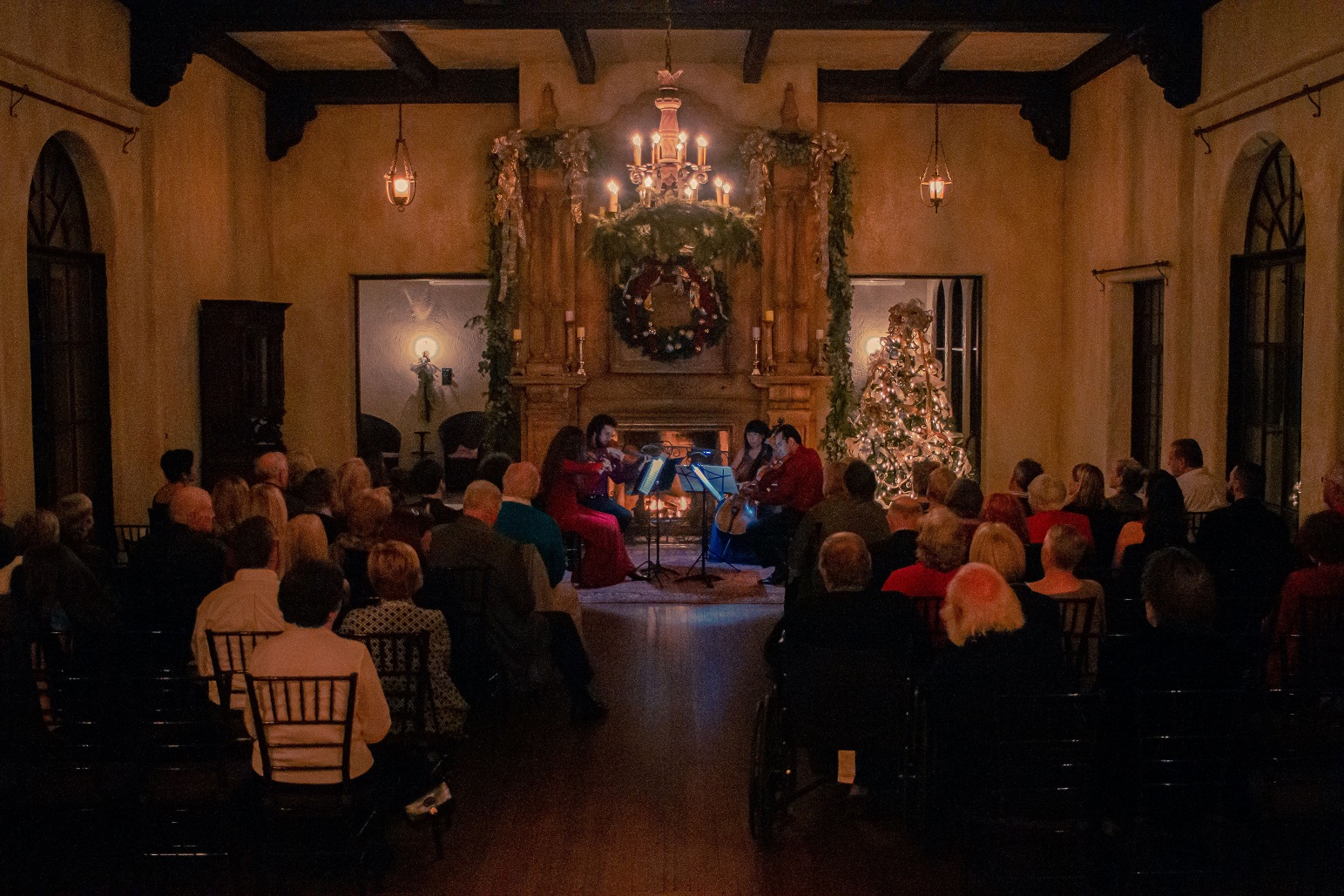 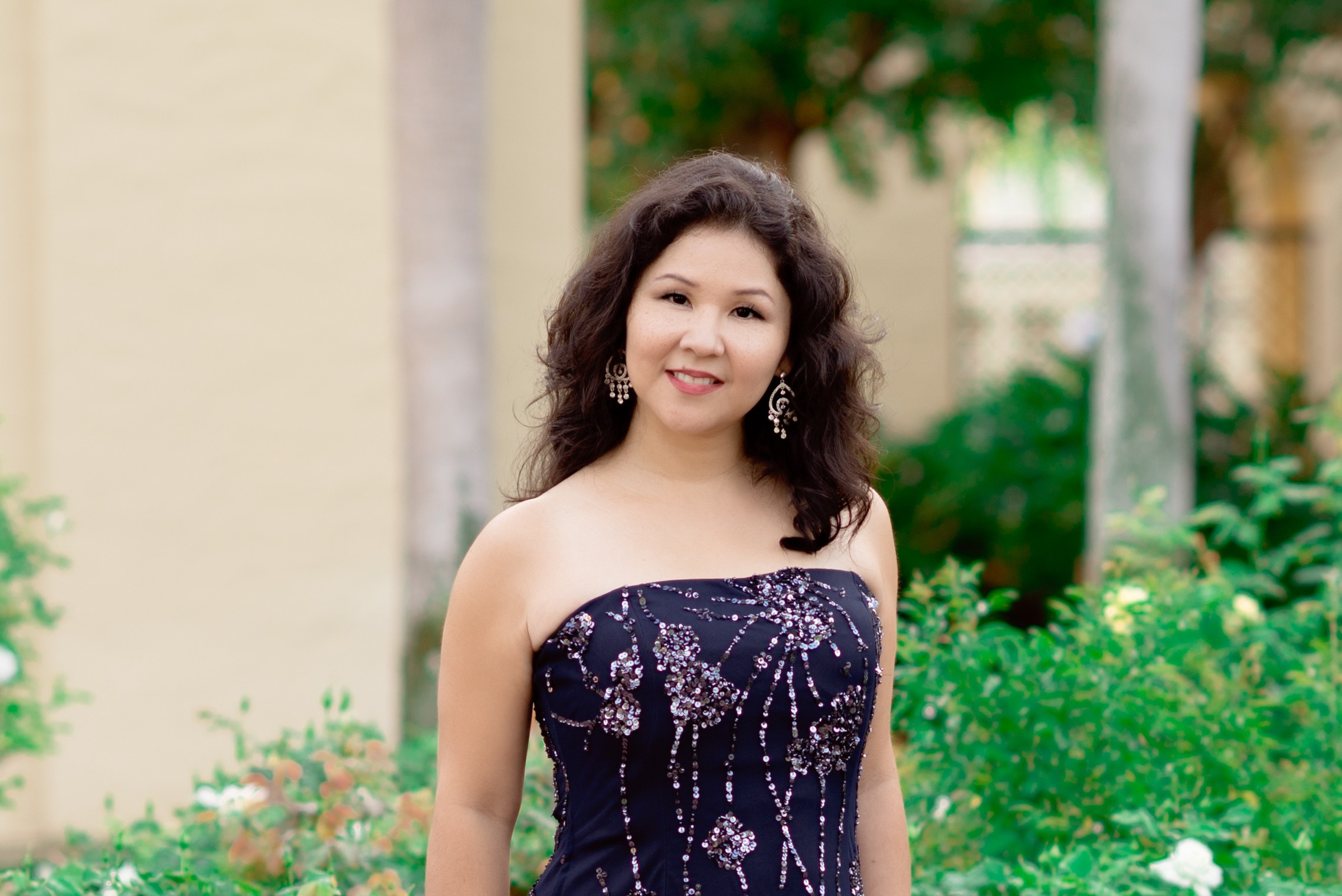