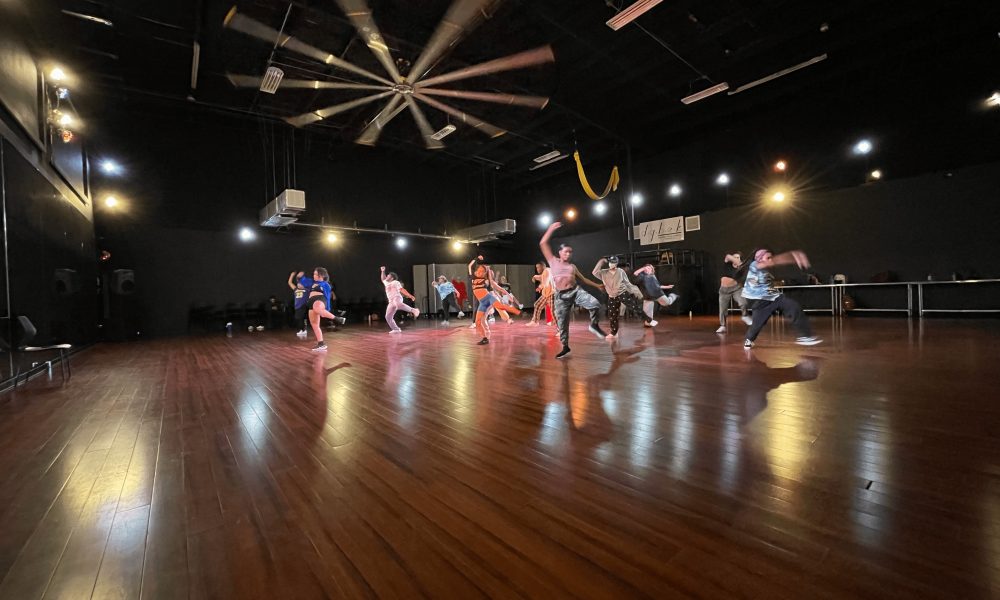 Today we’d like to introduce you to Luz Linares.

Alright, so thank you so much for sharing your story and insight with our readers. To kick things off, can you tell us a bit about how you got started?
It all started on the streets of Brooklyn, New York. I remember this time well because of the weekly block parties where we’d groove to the sounds of the 2000s. Back then, dance felt good; the music, the vibes, and the energy. This is where the art of freestyling really captured my interest.

It wasn’t until my family and I moved to Kissimmee, Florida, during my middle school days, that I felt something was missing. During those years, I was a bit too nervous to audition for the middle school dance team, so instead, I decided to take my dancing to the hallways. It was so freeing for me! Day after day, in the hallways of Kensington, I began finding myself, not only in the rhythm but in life as well. Dance made me feel alive and it was a feeling that I would never let go! Soon, I found myself dabbling in dance routines and putting together choreography for some of the other kids in the community. This was the beginning of my transition from student to teacher. Unfortunately, dance classes at a studio weren’t an option for me back then so I worked with what I could. Watching music videos and dancing it out was how I got it done.

In high school, I joined Kryptonite, a hip-hop dance team, based out of Osceola. It was these days where I learned to love myself and my Afro hair, and where my raw energy took the stage. Most importantly, this was where Get Luz came alive. After performing a piece in my school’s talent showcase during my senior year, my foot was on the pedal and there was no stopping me! After high school, I set out to Miami to attend FIU (Florida International University). This is where I witnessed the immense energy and talent of a local dance team named Karizma. Karizma was a Caribbean dance team representing FIUCSA (Caribbean Student Association), a focal point in my career, and a team I yearned to be a part of. I auditioned, made the cut, and soon progressed through the ranks to become a head choreographer, co-director, and lead dancer in numerous outings. Later during my tenure, under the direction of Khaja J, the team took on a new direction and began to transition from a college dance team to a professional dance company and that’s when I really started to learn about the industry.

We began to secure gigs at various Bashment, Hip-Hop, Caribbean, and Afro-fusion events and this eventually grew my love for the dancehall among other genres. Soon, I was being booked to hype crowds up at other parties and events and to work alongside deejays and big-name artists such as DJ Silent Addy, DJ Osocity, Mr. Vegas, and Wayne Wonder. Things really began to take off as I was booked for more music videos, live performances, and numerous private events. I had even gone viral a few times in a few videos. Things were really happening. In 2019, I decided it was time to officially launch my brand, Get Luz.

Shortly after, I found out I was pregnant. I didn’t anticipate the full toll this would take on my mind. Everything I was planning and every move I was making had to take a pause. I began to lose sight of the strengths that had helped carry me this far through life like my energy and confidence and I began to question myself. “When would it be my time again? Would I ever get the chance to be where I once was?”

I ignored all the doubters and the people who said that my time was up. I was determined to prove them wrong. My time was now! However, as I journeyed deeper into motherhood, I realized that my routines had to change. I moved back to Orlando but soon saw that everything became a balancing act, and it was really hard keeping up.

Nine weeks post-partum, I decided to take a Timeless Rhythm dance class and was handed a solo. I started to panic. I knew I had to shake the dust off and to be honest, I struggled at first. But I knew that I had to push through and reclaim my life and my passion. I decided at that moment that this was not a part of me that would be lost and that I owed it to myself and my kids to truly follow my dreams. Over the coming months, I enrolled in numerous dance intensives to help me rediscover who I was and help me love the parts that I had previously neglected.

Motivation from my babies and my loving partner, Bryan, pushed me to reinvent myself and get back to it. I put the work in and eventually, was able to enter GoHeadFred’s Showcase. The support for the Orlando dance community was incredible and it renewed my belief in my craft. Every class and intensive from then onwards was another step toward the dancer I had always wanted to be. I went from standing in as a substitute for classes to teaching classes and holding a residency. Recently, I landed opportunities to be featured in a Shenseea music video, perform at Wild Splash in Tampa with rapper, DaBaby, and take the stage at Afropunk in Miami for Stonebwoy. I’m using every opportunity to grow and become a better performer and now, I can confidently say that there’s no stopping Get Luz!

Would you say it’s been a smooth road, and if not, what are some of the biggest challenges you’ve faced along the way?
It has not been a smooth road at all. I just started the marketing of my brand when I found out I was expecting and I made the decision to move back to Kissimmee from Miami, with no real ties and knowledge of the dance community or my next step in my journey. I felt like I was starting over. During the time of my first pregnancy, I was depressed, I was scared for the future and questioned the present. It was when I became a new mom that it felt like my life restarted. From the lack of sleep, constant emotions, the postpartum healing, etc. it took strength to push through. My whole pregnancy I was always second guessing if I would come back; like I was battling myself I was focused on what the journey would entail instead of doing. It started with re-learning who I was before I decided to take a step for myself. From taking classes to putting out my first concept video, things slowly were coming together. Only until I found out I was again five months after having my first. Right then, I made the choice that nothing would stop me, and I would prove that this mom of two could still make it work. I decided my second pregnancy I would define myself so I danced all the way through. Having Two under two, I was so happy for my growing family, but you question when it ever get easier. You learn to build that patience and stay positive throughout that day. With the growth of my children, I had discovered my 2-year-old has developmental challenges, so it has been appointment after appointment trying to get my son the services he needs while juggling a positive mindset to still go for my dreams. Some days can be long some days you don’t know what to expect kind of just have to be prepared for anything, and it can be so stressful. However, I am devoted to this fight with myself, and I will prevail.

Thanks – so what else should our readers know about your work and what you’re currently focused on?
I’m known for my ability to be self-authentic. My energy and presence when I perform and for spreading my love for Caribbean/Afro culture. My vibe is positive and welcoming, and I’m all for community and Getting Luz. I am currently a teacher at ExchangeDanceAcademy, which teaches Caribbean Fusion. Excited to see familiar & new faces whom love to vibe and push. My focus is to spread the Caribbean culture in the community, and create events off those vibes.. Loud, and unapologetic, spreading my love for the culture. I’m currently focused on My next showcase/visual so stay tuned.

GetLuz is dancing to that last breath. Embodying the style, a safe space for great vibes sharing the love of dance, a release. It doesn’t end with just teaching; look out for my next vibe event 🙂

What was your favorite childhood memory?
It would definitely have to be in the streets of Brooklyn! The loud music playing outside on the block, all the kids screaming and getting wet by the fire hydrant, when life seemed simpler. From the empanadas being sold by my neighbor and my mom coming to get me to go battle the other kids to all the top hit songs at that time. Those were the good times. Surrounded by my community and having a good time. I have always wanted to reinvent that. 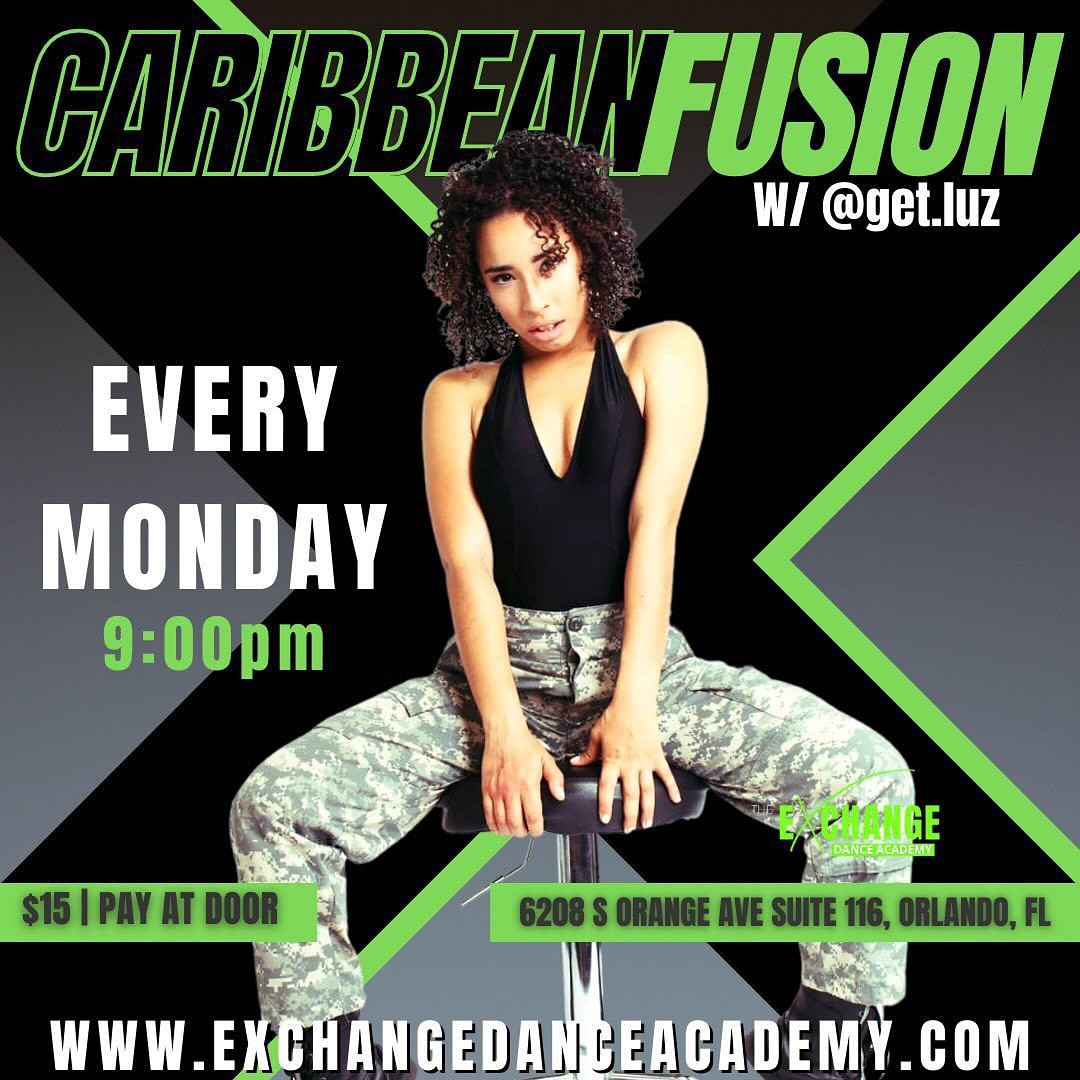 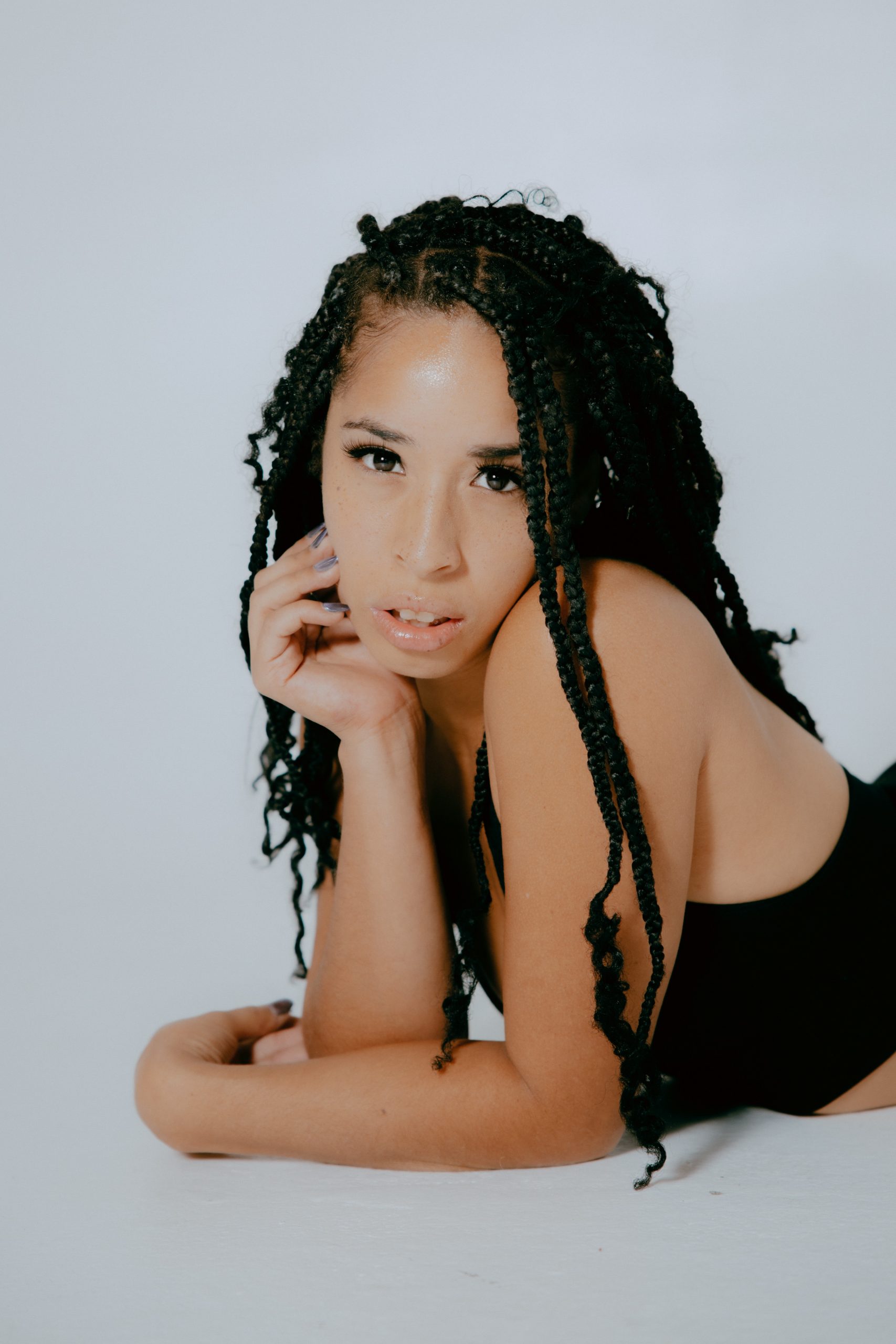 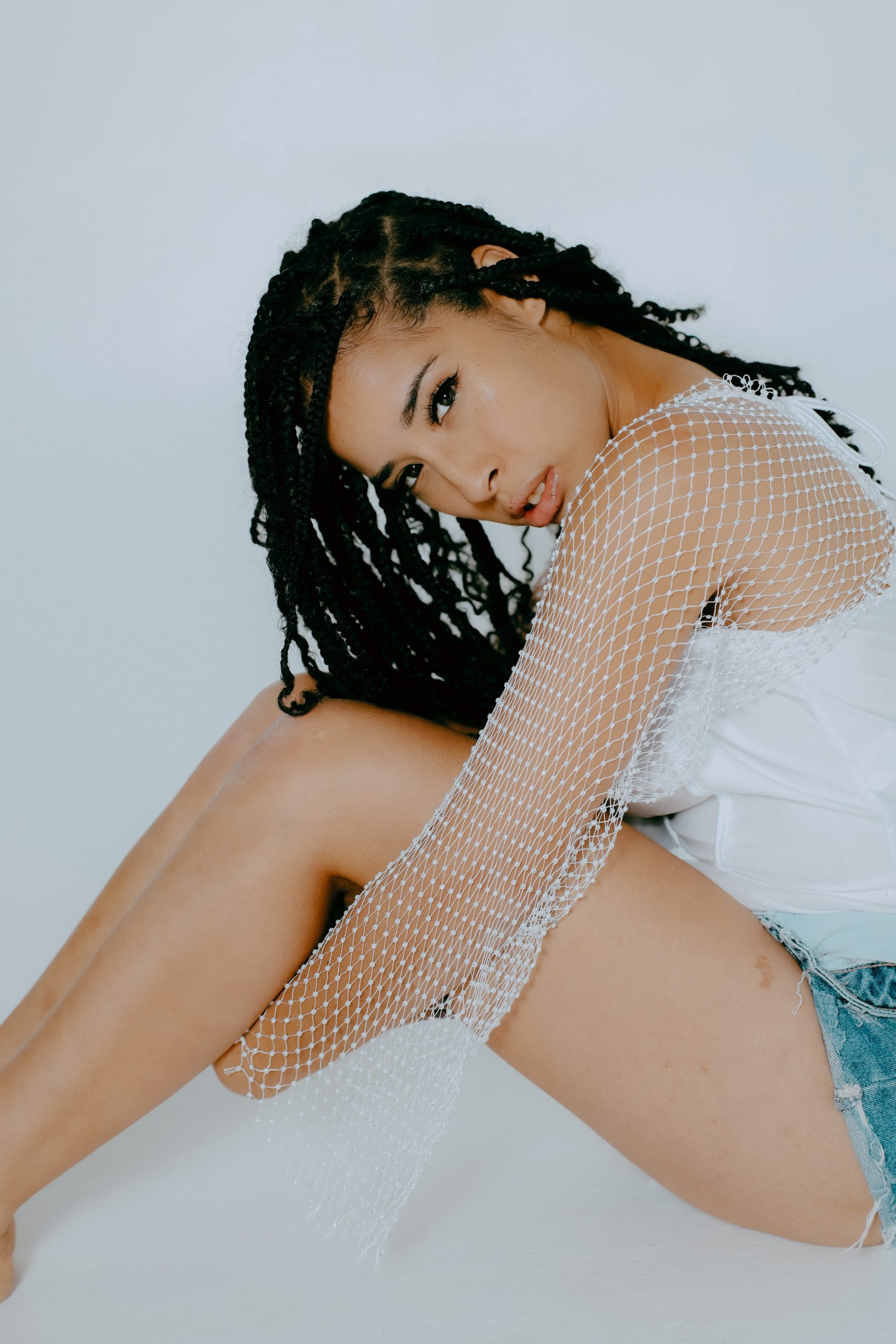 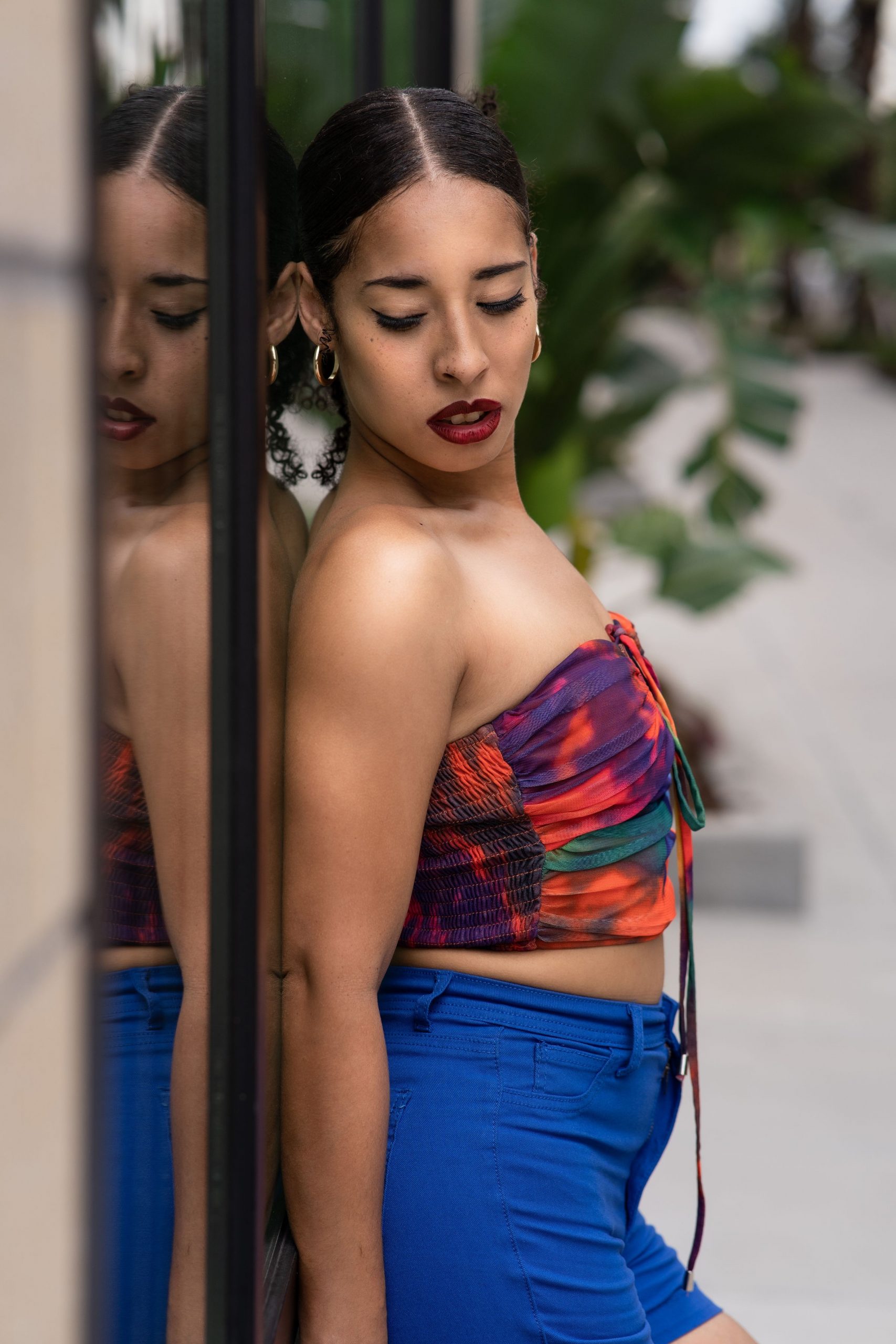 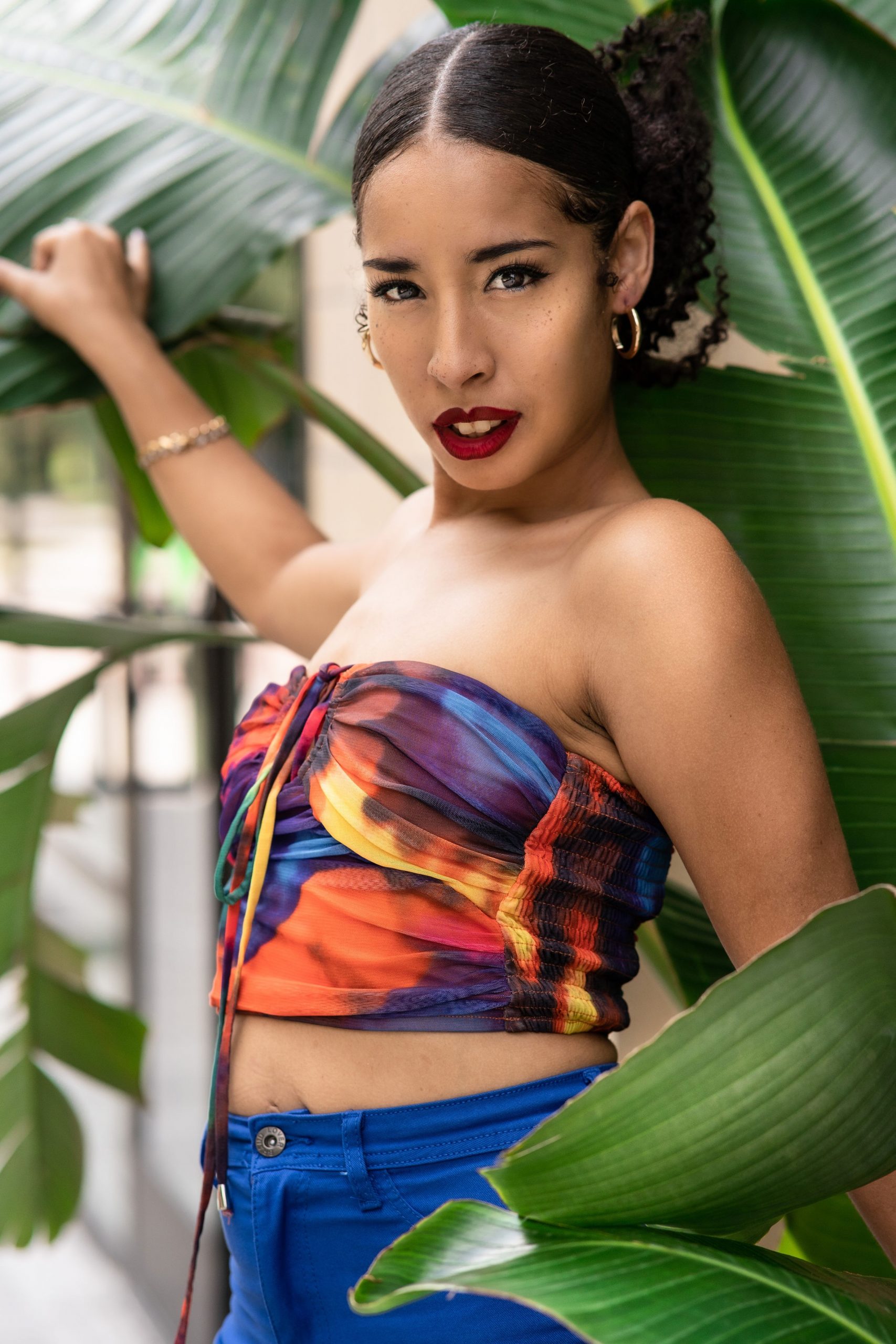 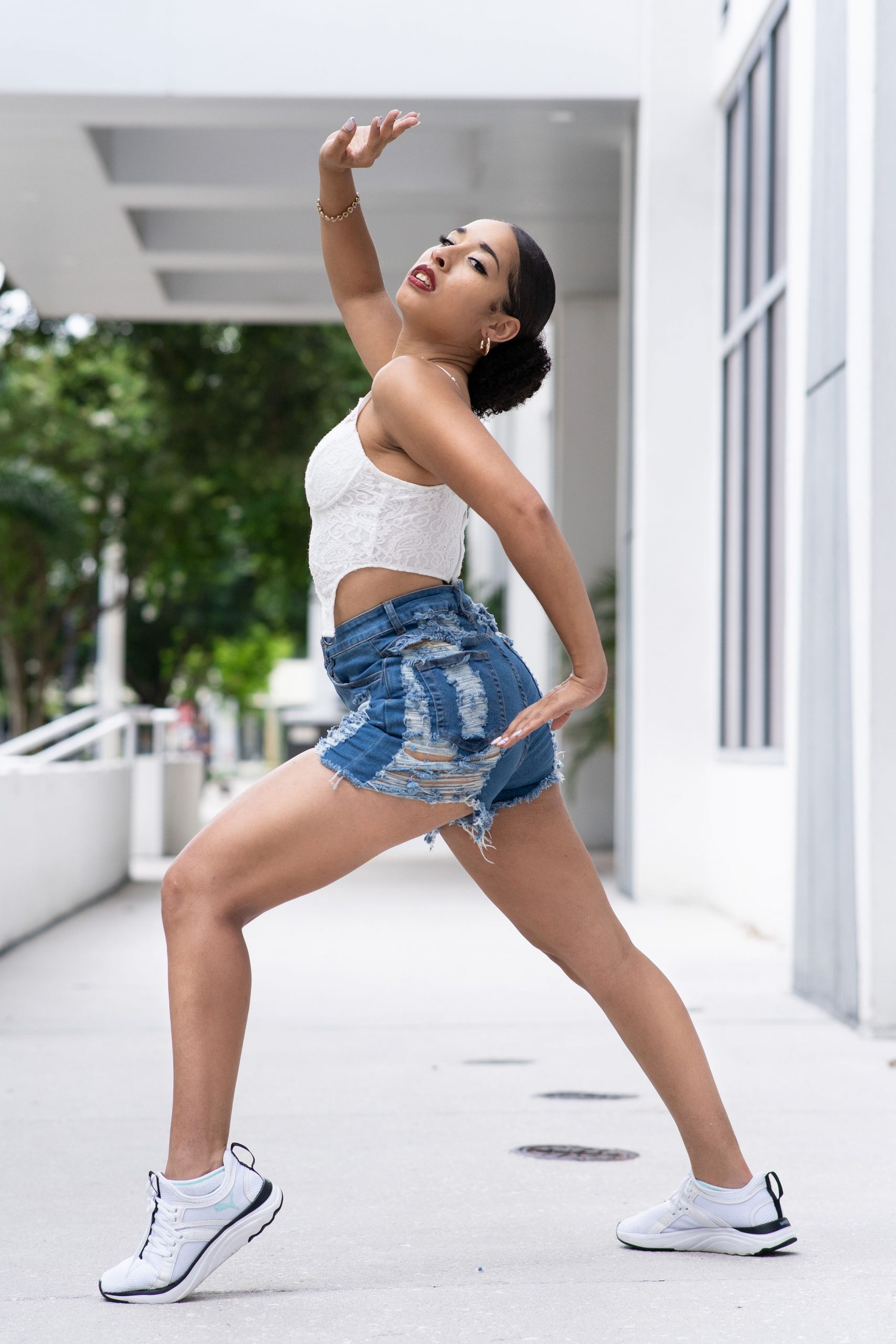