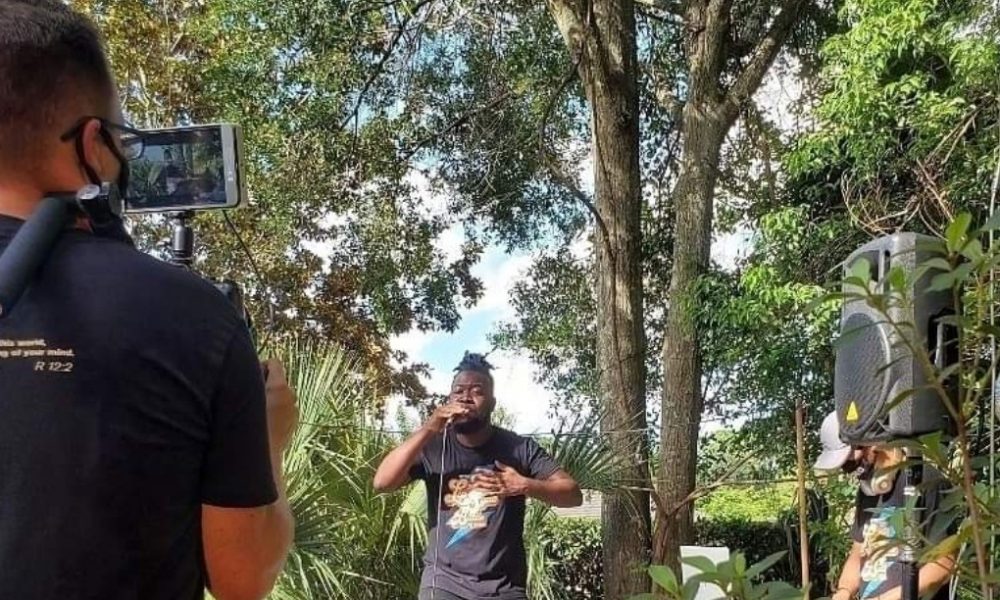 Today we’d like to introduce you to Curtis McKinnon.

Hi Curtis, it’s an honor to have you on the platform. Thanks for taking the time to share your story with us – to start maybe you can share some of your backstory with our readers?
I was born in Brooklyn in June of 88′. My love for hip hop started there. Just being born in the capital of the culture-filled me with a sense of pride that I’m not sure I would’ve gotten anywhere else. Tupac was my first great hip hop influence. When I saw the video for “Changes”, that literally changed everything for me. Fast forward to high school sitting in the back of the bus and these two Hispanic kids were always rapping back and forth. I wanted to spit too, but I was too nervous to have that attention on me at that time. Then came the Fade to Black documentary. I’ll never forget seeing them pan the audience from one side of Madison Square Garden to the other. That’s when I knew what I wanted to do with my life. Bring people together. From my vantage point, it was the first time it clicked that one person in that arena may not be able to stomach being in the same room with the other under different circumstances.

However, in this scenario, they’re all there for one thing. To listen to one guy. That was powerful for me because when you have someone’s attention, you have an opportunity to impact their lives for the better. So I began writing more and more until I built the confidence to go to my first open mic called Diverse Word. My brother Shawn Welcome hosts it and it’s the longest-running open mic in the city of Orlando. Since the environment was welcoming *ba doom psst*, I was able to be groomed there in my memorization of songs and even in performance. That gave me the confidence to explore more demanding open mics like “Speak No Evil”, and “Touch The Mic”. In those spaces, you had to come with it. You didn’t want to get on stage after the audience roared for someone else, but then you can hear a pin drop after you get off stage. Those types of stages had a level of competitiveness that made you want to be your best and respected amongst who you viewed as top tier talent.

In 2011, I went to almost every open mic almost every week until I finally built enough credibility to be asked to do a feature at Soul Food Wednesdays in May of 2012. It was a show hosted by Autumn Blaze, whose night had a very nurturing vibe to it. I’ll never forget that night because it was one of two nights I blacked out performing. If you watched the movie “Soul”, you could say I was in “The Zone”. After that, I featured at multiple open mics that year and won multiple poetry slams. At that point, I felt like I finally earned my respect at that level among my peers. I slowed down a lot after that for multiple reasons. Then I came back In 2015 more refined. I changed my attire when featuring and started performing in suits to match where I was personally and where I wanted to be professionally. That year I won Male feature of the year at another open mic called “Echo’s Corner” hosted by Mr. Let It Echo. I also hosted a benefit event to raise awareness for multiple myeloma cancer and highlight women entrepreneurs in the city.

A few years later I started to try my hand at modeling and acting. I had some headshots done and had auditioned for a few acting and voice-over gigs.

The one thing I hadn’t done during all this time was release a big project with my original work. Then came 2020. Racial and health pandemics hit simultaneously and out of that birthed “Ode To Black Women”. A song I wrote in tribute to Black Women across the globe who’d been mistreated that weren’t properly cared for. I had seen enough clips of the mishandling of our women in the middle of us as a people fighting to be treated as human beings and equals. To quote Lauryn Hill “How you gon win when you ain’t right within?” I couldn’t hold my tongue about the disappointment I felt from seeing black girls being hit in the face with a skateboard and being thrown in dumpsters… You have black women marching for the protection of and alongside black men but it seemed like black women needed protected FROM BIack men in addition to the police. That’s when I was featured in Orlando Sentinel for performing at the Black Artists for Black Lives event in June.

I noticed a lot of young people in the audience and I decided to take an opportunity to speak to them briefly before performing. It’s with the youth that these behaviors and mindsets can change to where there won’t have to be another “Ode To Black Women” written. At least not coming from the same place. That’s my hope. Which is why I invested in the project and shot my first music video for it. The message was too important not to spread. The video addressed issues but also showed real married couples while highlighting black women in their glory. I’m proud of that. 2020 was a lot of things to a lot of people, but I’d be lying if I said it wasn’t a blessing in many ways to my family. I learned so much about myself through scripture, my marriage and everything that was happening in the world. I learned more about business of music and the type of man, husband and artist I want to be. I’m very much looking forward to all the future has to offer.

Can you talk to us a bit about the challenges and lessons you’ve learned along the way. Looking back would you say it’s been easy or smooth in retrospect?
It hasn’t been a smooth road at all lol. Don’t get me wrong, I was lucky to have the poetry community, some friends and family be there for me in important ways while I was coming up. At the same time, I had to do a lot of soul searching. You battle in your mind who you can trust and who’s actually supportive of you. You battle self worth and even imposter syndrome. Like you have to be error free just to pursue your passion because somebody’s always waiting to disprove what you say because of your past mistakes or take you down if they don’t like what you say. It’s a lot. Balancing relationships while in the pursuit of professional bliss is no easy task. I don’t mean just romantic ones either—parents (yes, even in adulthood) jobs, traumas, marriage etc. Anything you haven’t ironed out will come back to rear it’s ugly head. No matter what you’re pursuing in life, if you haven’t dealt with your issues or traumas, you better believe it’s going to come out in some way. If you don’t believe me, keep living.

Thanks – so what else should our readers know about your work and what you’re currently focused on?
I’m an artist, host and songwriter. Of those, I’d say I have the most fun hosting but I have the best time performing. I don’t think there’ll ever be a substitute for playing off the emotions of an audience in real-time. With that, I’m most proud of the music video Ode to Black Women and writing most of the treatment for that. It felt like a culmination of my life’s work and experiences. I was letting the world know who I was and what I stood for up until that point. What sets me apart, especially in this time is not being afraid to talk about my faith in my music. I can and will talk about the ugly, but my music and who I am is more about upliftment. I don’t consider myself a gospel artist by any means however, any time you mention Christ or Jesus explicitly, it evokes certain emotions for a myriad of reasons. Not mentioning Him would be me being dishonest with myself and how can I have a relationship with others if I can’t even be true to who I am? I want the freedom to talk about other things to show the full human experience as well, but present-day it’s rare to hear about faith in major forms of entertainment. I’m also focused on pursuing voice acting. I’d love to be an iconic video game, cartoon or anime character.

What do you like and dislike about the city?
I love that our city is a melting pot. I miss being around more people at times and learning about them. With that, I could do without some of these drivers that act like they’re on bath salts or some other hallucinogen. I get that we’re the tourist capital of the world but man. That, downtown parking and the seemingly infinite construction are my least favorite features of our city. 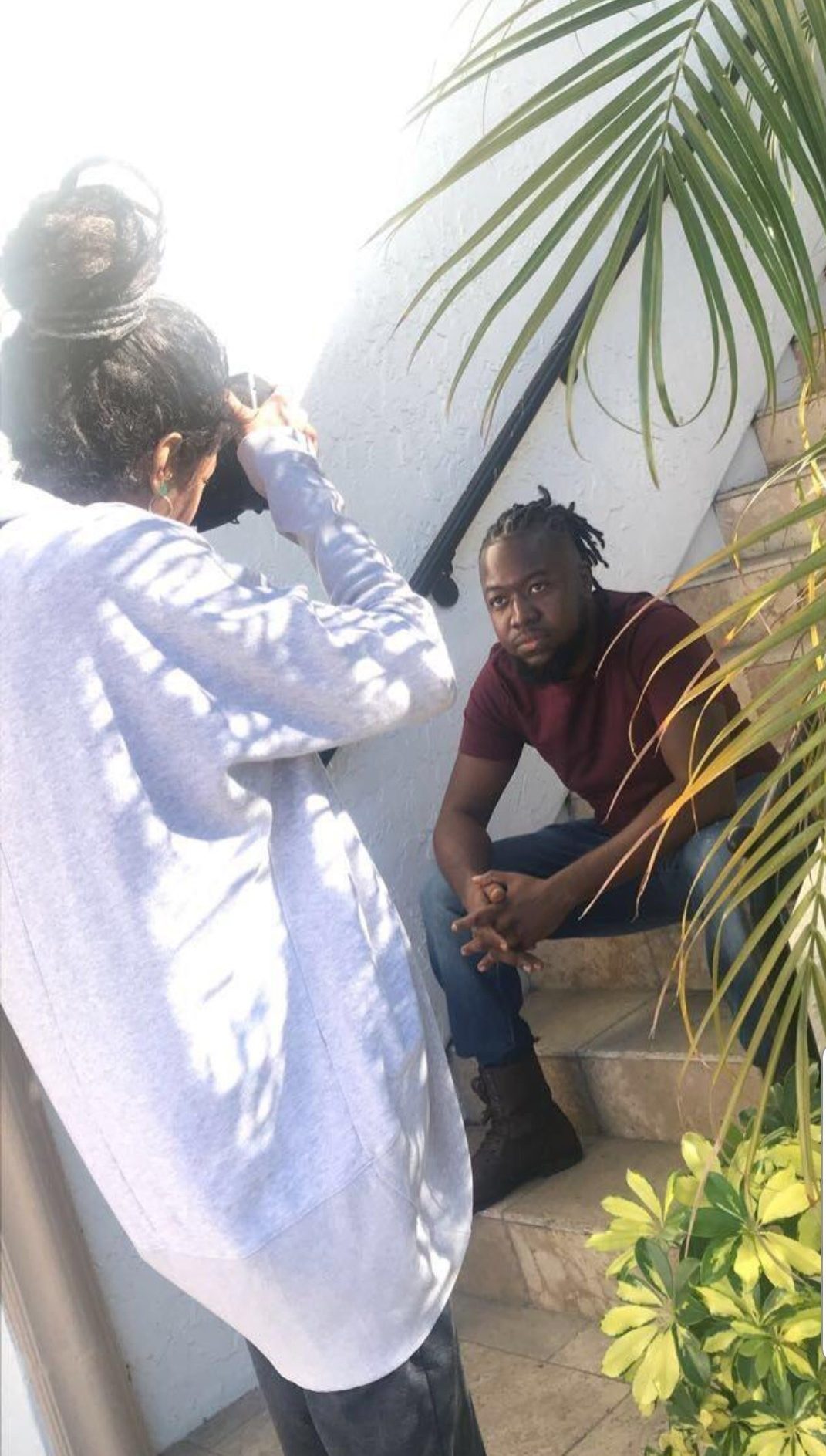 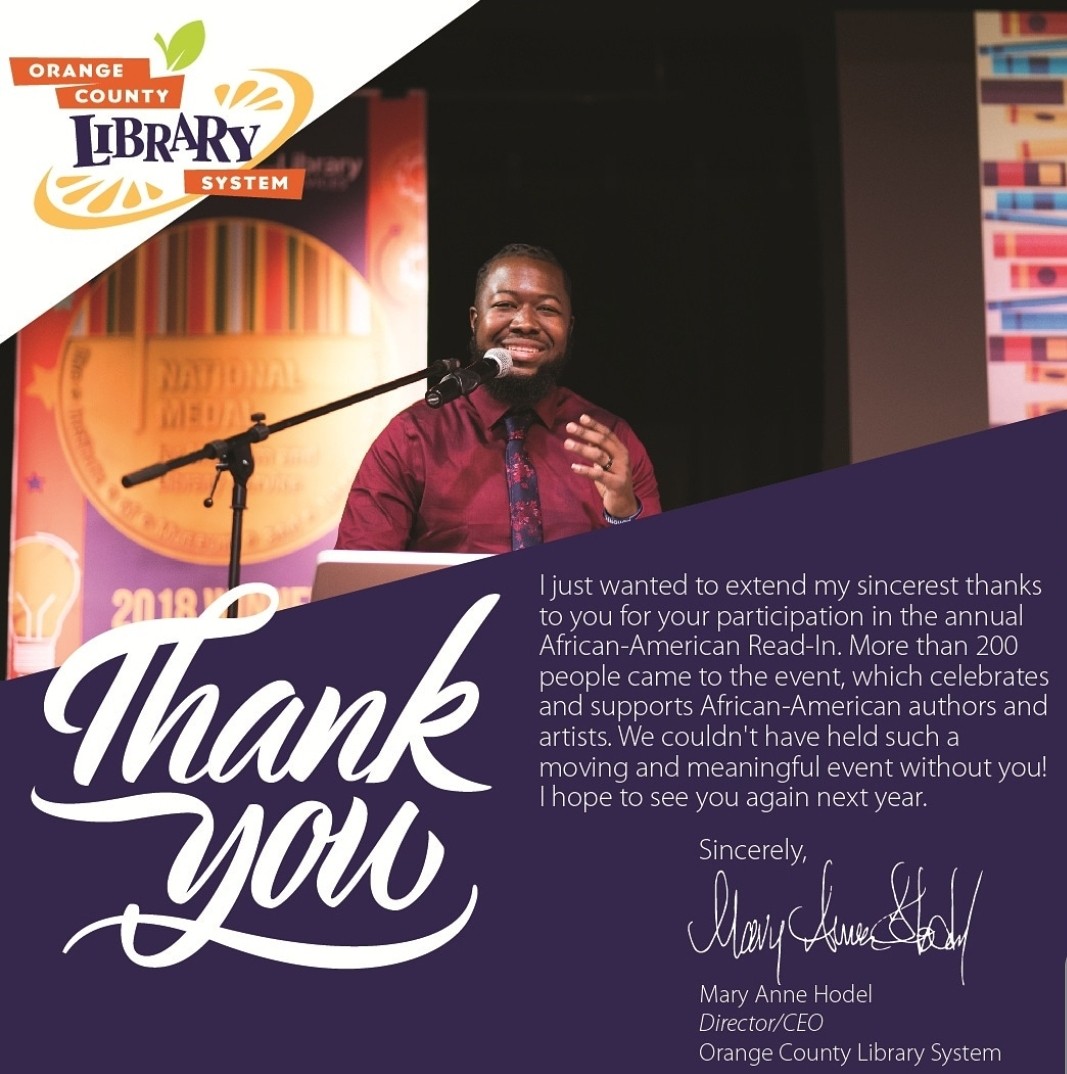 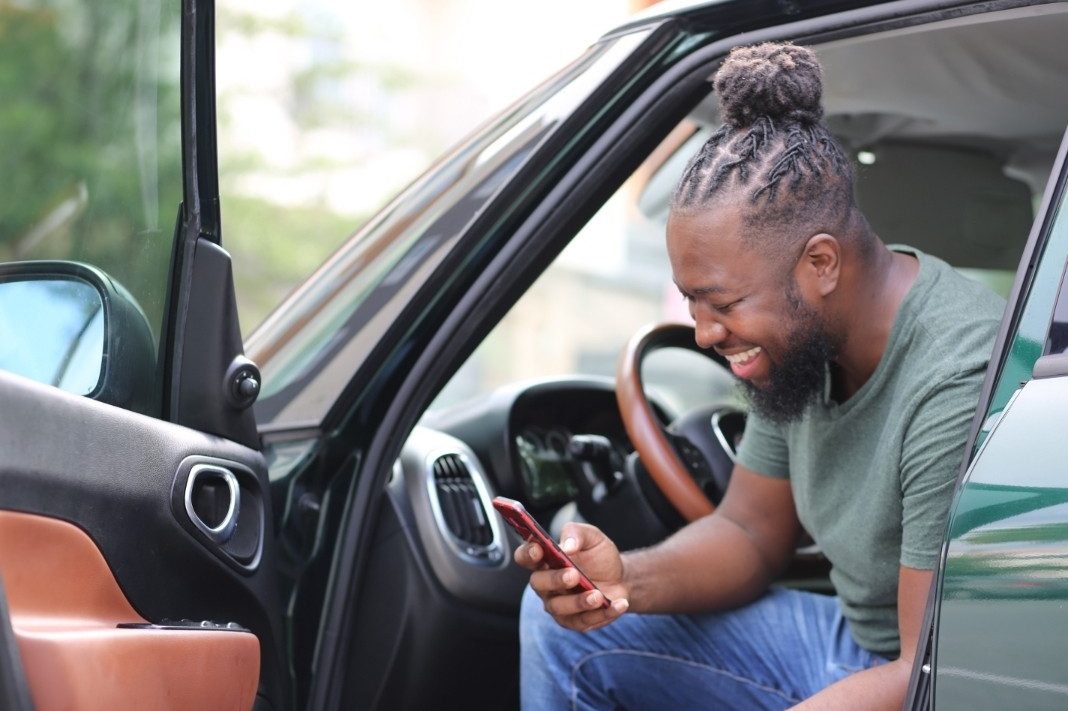 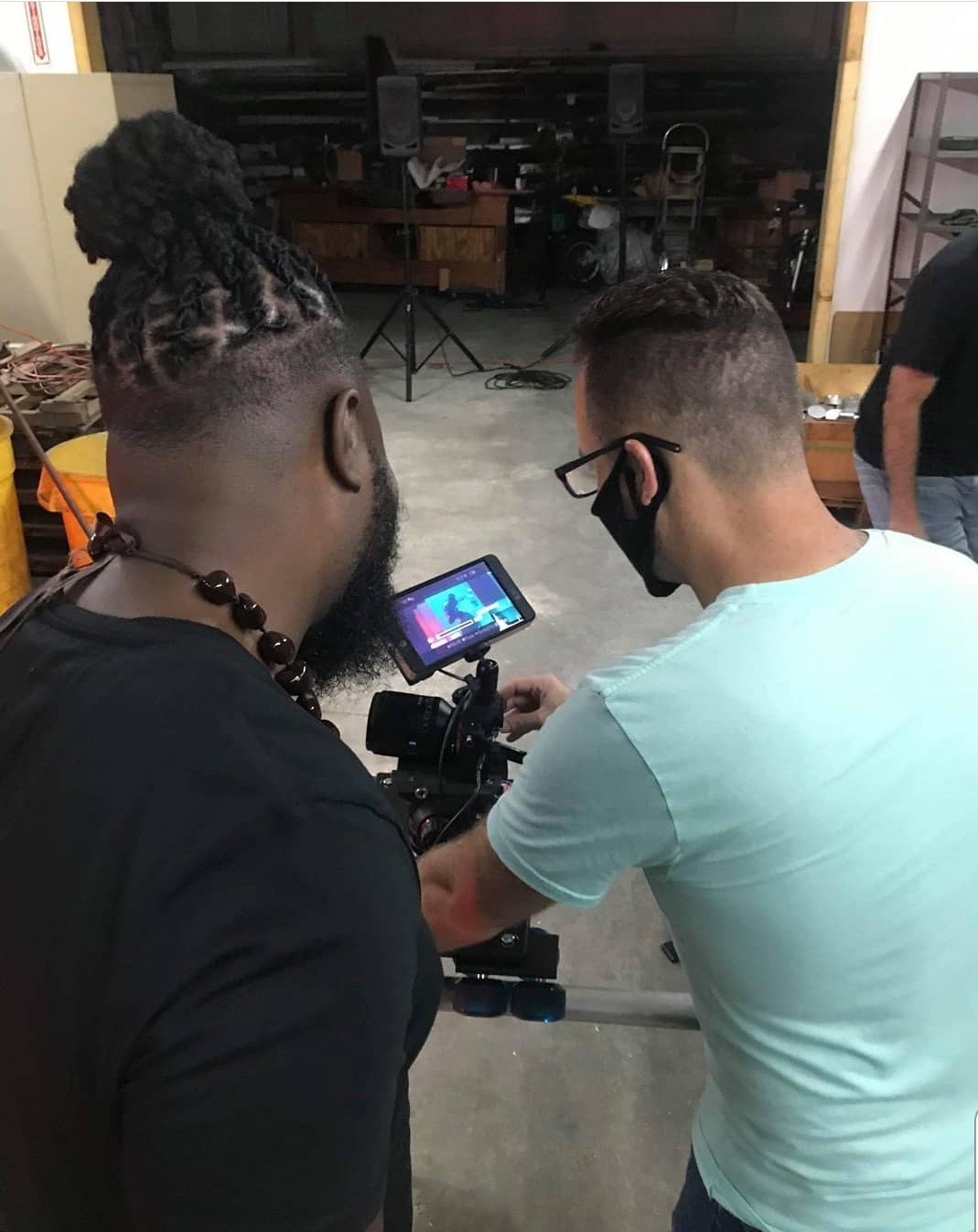 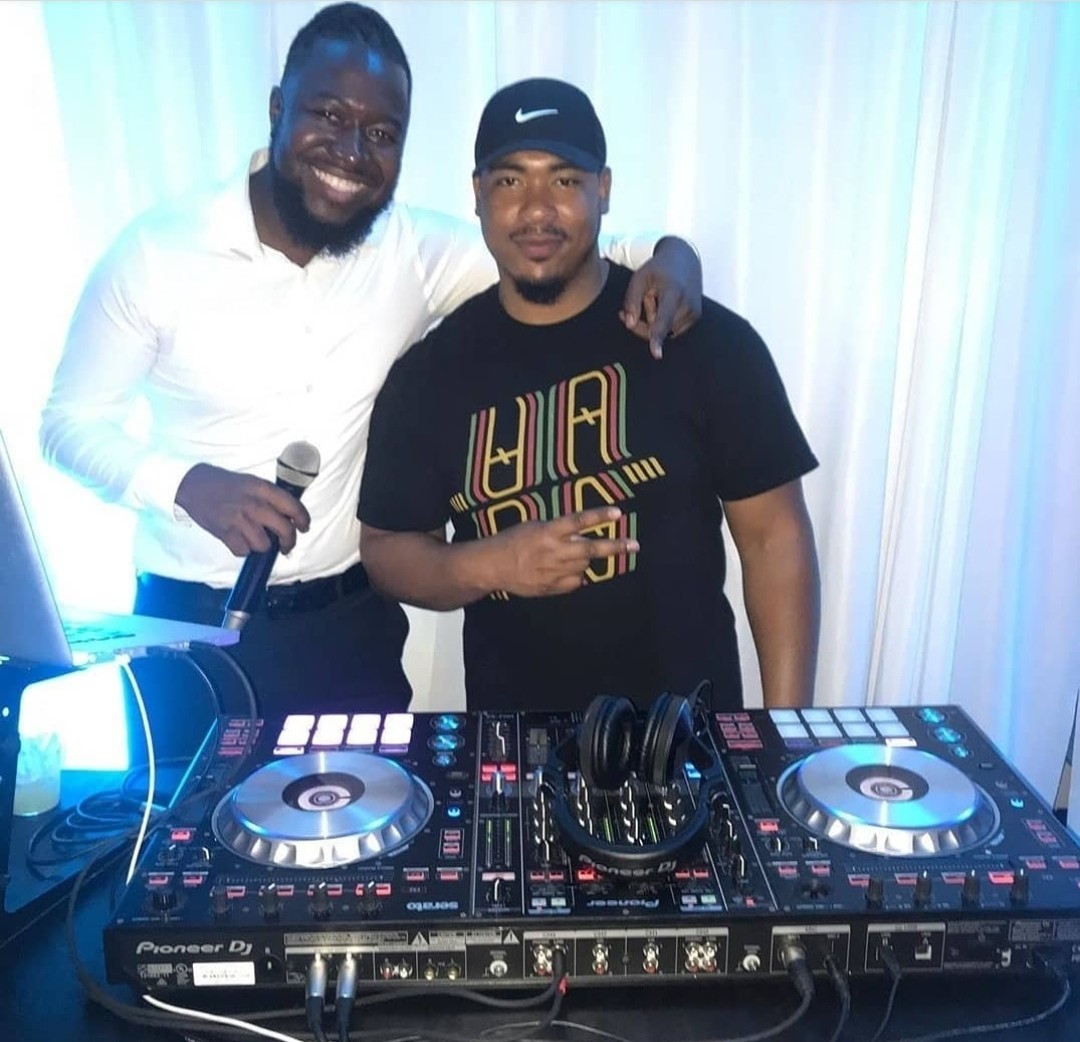 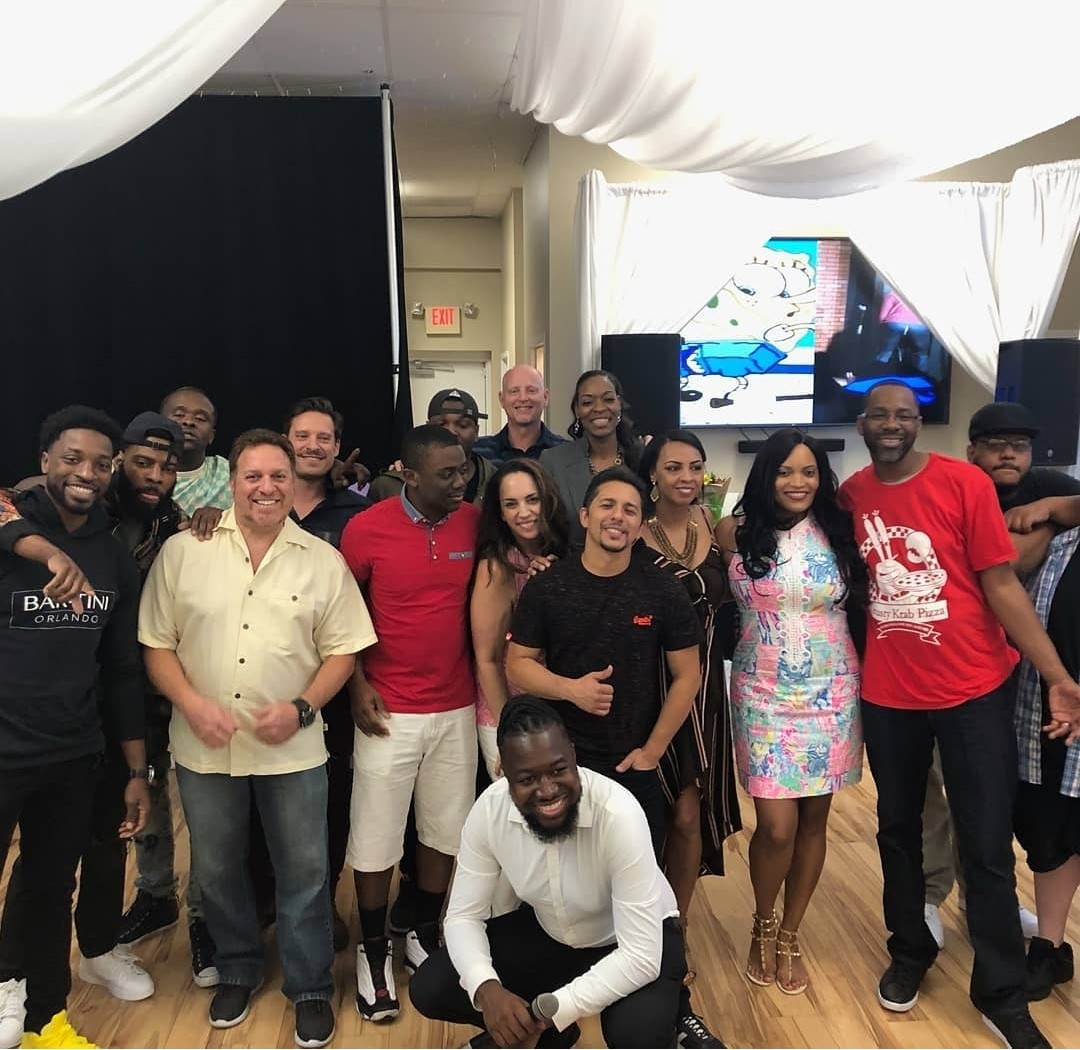 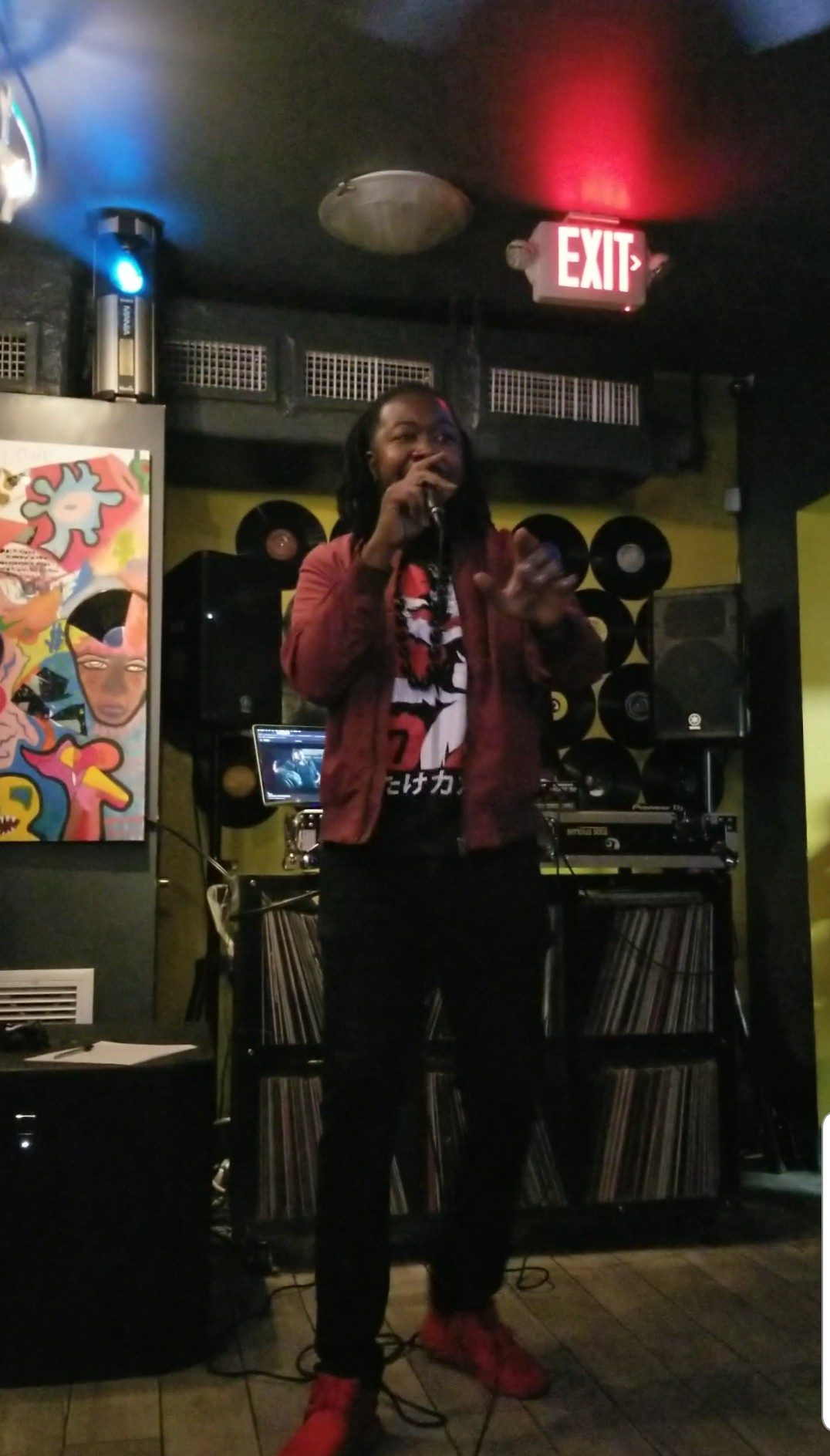