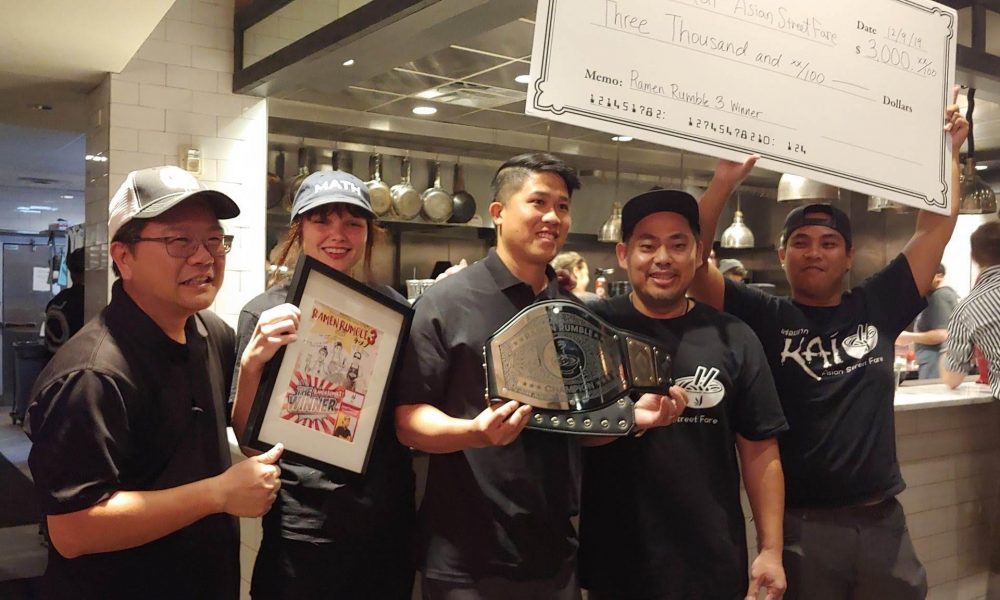 Today we’d like to introduce you to Isra Sunhachawi.

Hi Isra, so excited to have you on the platform. So before we get into questions about your work-life, maybe you can bring our readers up to speed on your story and how you got to where you are today?
Kai Asian Street Fare was started by my bro-in-law Quan Van and myself (Isra Sunhachawi). One of the first times we met was on a family trip (Quan’s side of the fam) to New York. Quan had been living out there working as a telecommunications engineer with AT&T. As soon as we got out of the airport, we met up with him in Chinatown for some restaurant hopping. It was all a blur but I remember the soup dumplings from Joe’s Shanghai along with the best BBQ duck and razor clams I’d ever had. We were going to get along well for sure. I had always had an entrepreneurial spirit and addicted to learning, never really sure of what my true calling was. Like Quan, I was a “1.5 generation” Asian American (not sure where I learned that term from but it’s catchy), meaning we came over as kids. I ended upon an engineering path as well, with a BS in Electrical Engineering from Johns Hopkins University along with two MS degrees in Systems Engineering and Computer Science. I’d tried some software ventures that didn’t pan out and I was always brainstorming ideas with friends and my older brother Jessada. We joked one day we’d have a holding company called JI Mogulz. Even had a brick inscribed in Gainesville at the University of Florida stadium where he went to school with that moniker. So how do two engineers decide to open a restaurant out of nowhere? Quan would cook for family gatherings and house parties and his food was absolute fire.

Especially these Korean Fried Chicken wings he’d learned to make on his own from internet research and experimenting. Years would go by and we’d chit chat about it when we hung out, “wouldn’t it be cool if we started our own place?”. No gimmicks, just the food that we had enjoyed from living and traveling across the world (Japan, Korea, Thailand, Vietnam, NYC, Seattle, DC, LA to name a few). Most restaurants start from people who have been in the industry or are backed by restaurant investors. We were rookies with no experience on starting a new restaurant and we were funding this ourselves. We knew the odds were against us (although the stats on the internet about failure seem overblown) but what we did have were good food and engineering discipline (read: a lot of spreadsheets and handy with Google searches). Quan was ready to leave his engineering job because the politics and the mundaneness were getting to him. Meanwhile, I was pretty content with my job but still chasing that dream of building something on my own. To see people enjoying our style of food, an opportunity to provide jobs and become part of the community…that was a shared vision we had together. Not having the capital to start in a prime location, we found ourselves in a nondescript strip mall on the outskirts of Winter Park.

As prepared as we tried to be, we still learned the hard lessons during our buildout that really hampered us before we could even serve our first meal. We were determined to see it through though certain that “if we build it, they will come”. It took time, but we stuck to our goals of keeping the menu focused and bringing the best quality and execution to each dish. We weren’t going to survive on volume due to our location, our food would have to get people talking because we’d have to build a dedicated foodie following that would spread the word to get others to come visit our field of dreams. The inflection point started to come in our second year when we won Orlando Sentinel Foodie Award for Best Wings as well as a local ramen competition called the Ramen Rumble. We’ve since become known for ramen and wings along with introducing rotating specials showcasing different dishes across Asia.

We all face challenges, but looking back would you describe it as a relatively smooth road?
Our struggles started early with the buildout with the City requiring us to replace the current grease trap with a 750-gallon grease interceptor. This was huge unforeseen expense for us given that our lease said we would be provided a space with working grease trap. The property management company management refused to pay or even help us pay drawing a distinction between the terminology “trap” versus “interceptor”. None of it was in good faith but in the end, we couldn’t afford a lawyer to fight it (the good guys don’t always win). To make matters worse, during our first month our air conditioning unit failed making dine-in uncomfortable. We had to fill the place with fans and play it off like it was part of our “street fare” theme. The property management company couldn’t back out of helping us here because the lease clearly covered that. Not only was the A/C in poor condition, there was only three tons of AC versus the 5 tons AC mentioned in the lease. We eventually got past those hurdles that would have put many small operations like ours out of business, but it really ate away from “in case crap happens” reserves which in turn took away from hiring the amount of staff we needed and equipment needed to make kitchen work easier. I would work my day job as an engineer and then drop in to be the server, wash dishes or prep food. They say in business, you have to pay yourself first. Well, we had no choice but to put in the sweat for free for the sake of our business because the other rule of business is if you don’t have any business, you can’t pay anybody.

Great, so let’s talk business. Can you tell our readers more about what you do and what you think sets you apart from others?
We’re a unique restaurant, serving a variety of Asian dishes. Mostly known for our Korean fried chicken, kimchi bulgogi loaded fries and ramen, our customers love us because we’re unabashedly fearless in trying out new dishes such as Uni Pasta, Birria Ramen or Scallop Mazemen with Green Curry. To us, food is a passion. We’re not trying to turntables, maximize margins (like a smart business probably should)…we want to see that smile when that dish reminds you of home or a good memory. We thrive on seeing that head nod of approval when customers take that first bite or sip. We’re never content, always trying to find different ways to improve the flavor profiles. It’s important to us too to have fun with it and keep our sense of humor. That’s something you’ll get a feel of if you follow us on social media which is filled with dad jokes and pop culture references. We even went out of our way once to incorporate honey and miso into a burger so we could call it the Miso Honey Burger. So there you have it, we do take our food seriously but we don’t take ourselves too seriously.

What was your favorite childhood memory?
Growing up in the Middle East (my dad worked HR for the United Nations, while my mom was a nurse), some of my best memories were of the street food that my dad would take us too. Shwarma slowly roasting in the pit at a local market or driving into the mountains to a stall that served the best lamb shashlik (like a kebab). We’d also make take family trips sometimes during the summer to visit family in Thailand. Bicycle carts serving Thai iced tea in a plastic bag that you’d hold with a rubber band. Fish balls skewered over charcoal and dipped in Thai chili sauce at the many food vendors that lined the streets. 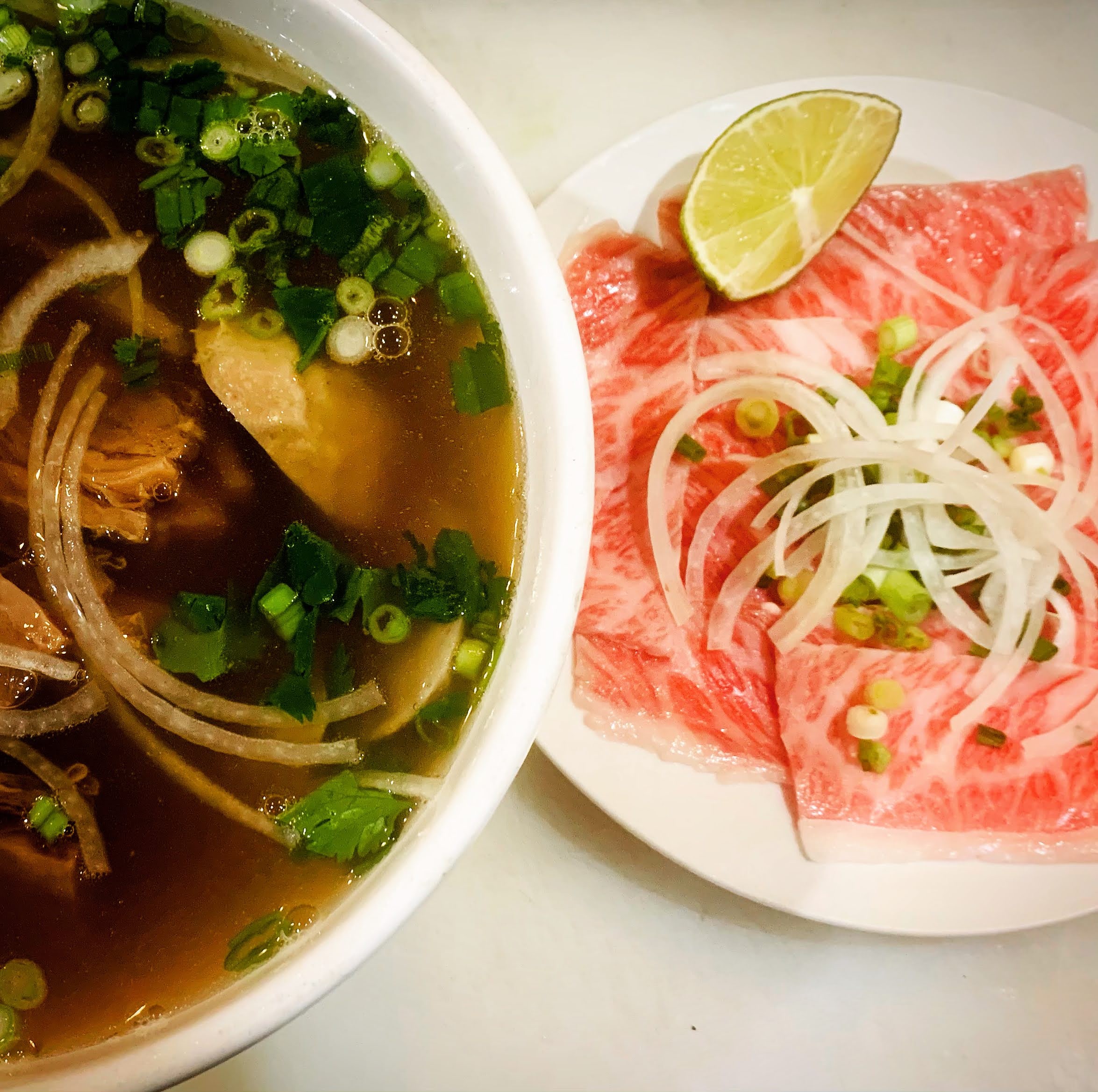 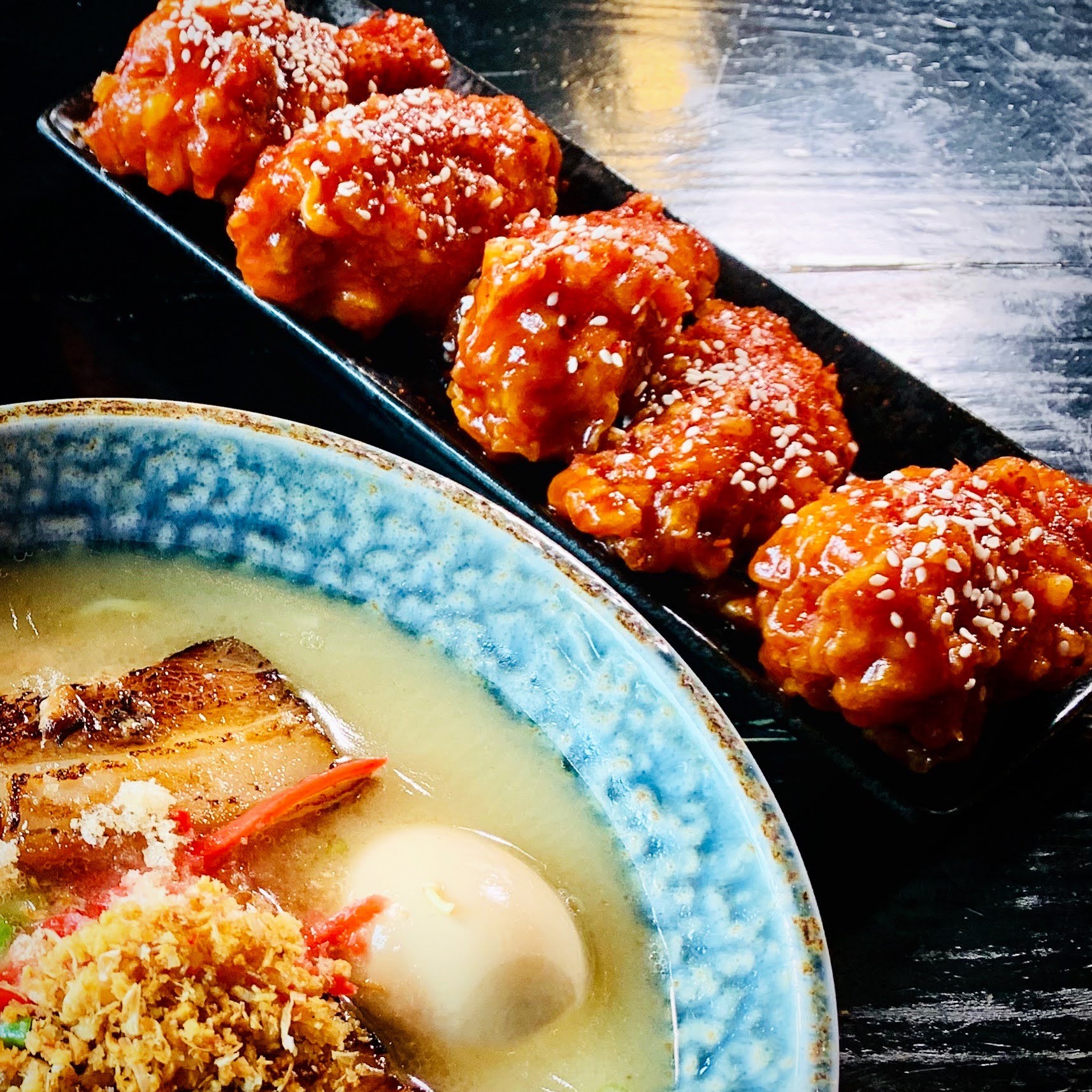 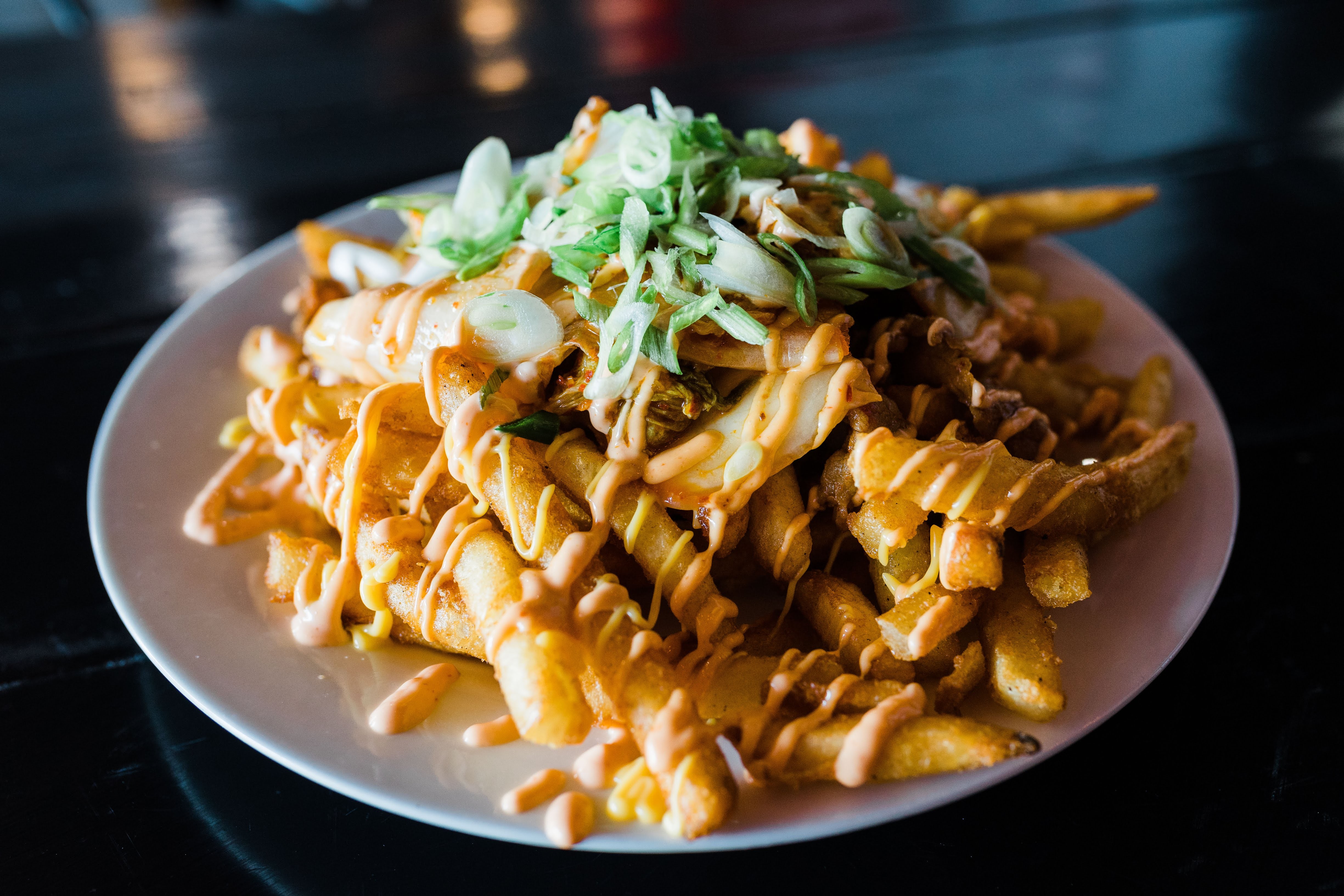 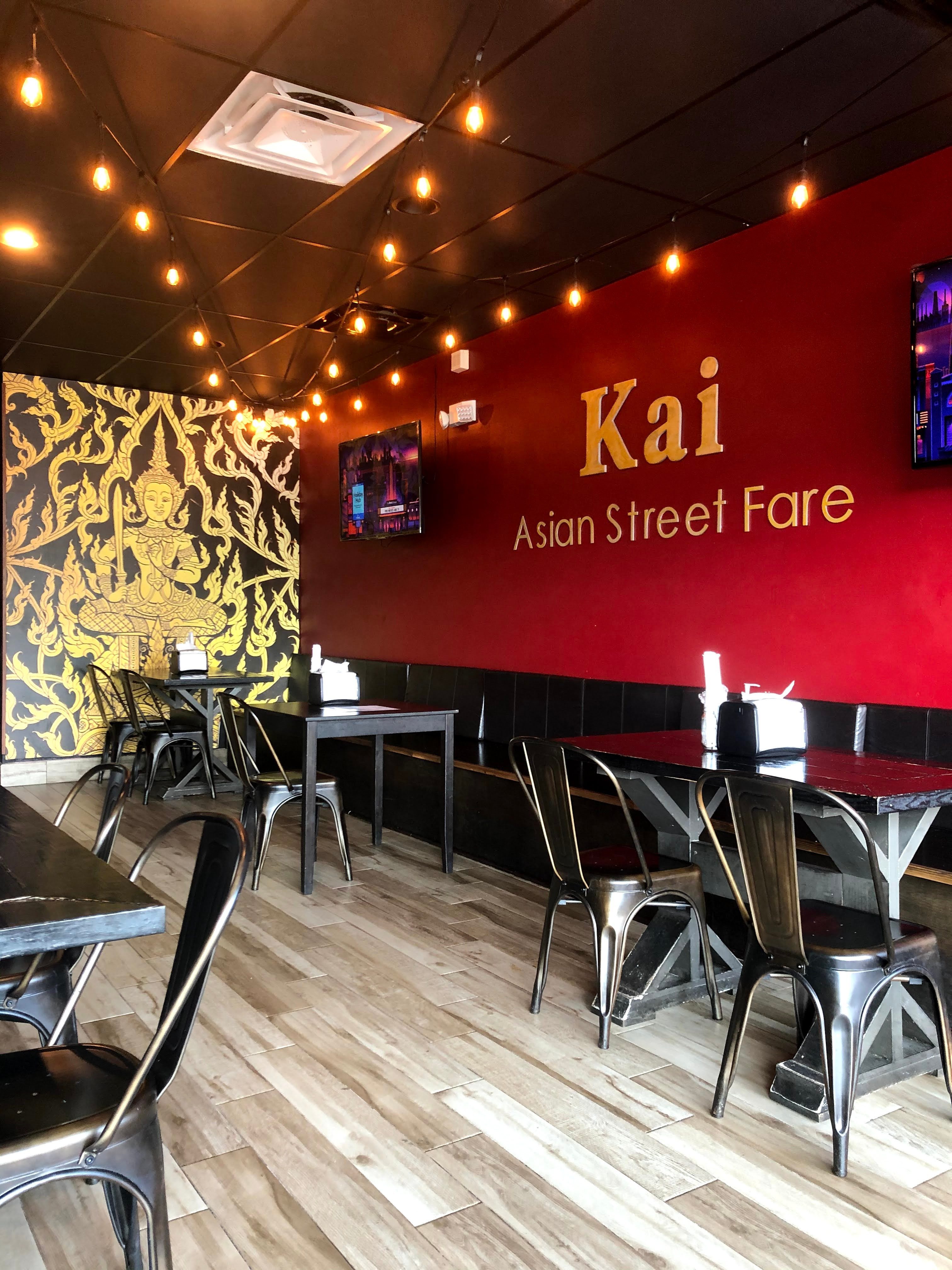 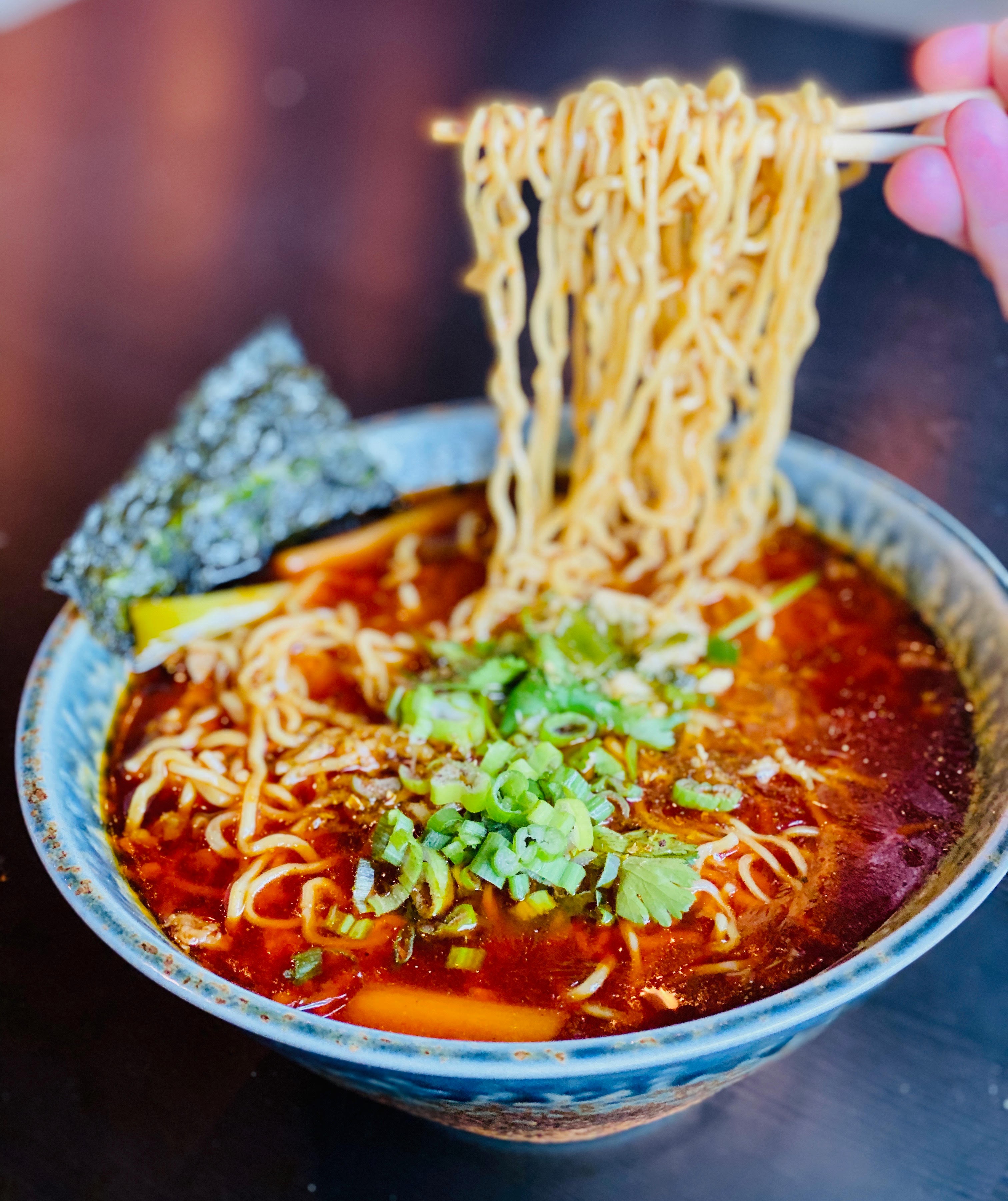 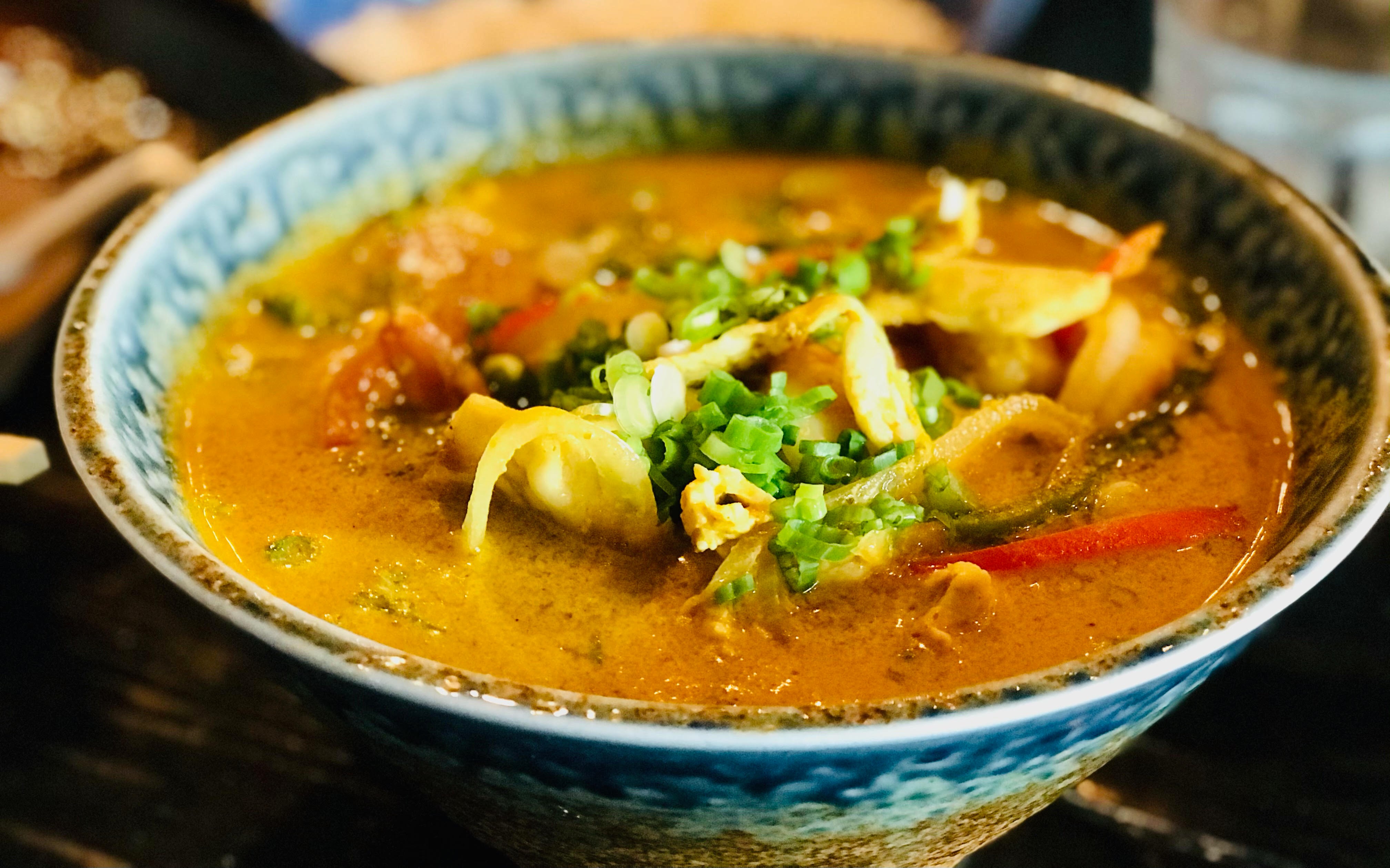 Image Credits:
Amy Drew Thompson / Orlando Sentinel –> for the photo of us winning the Ramen Rumble