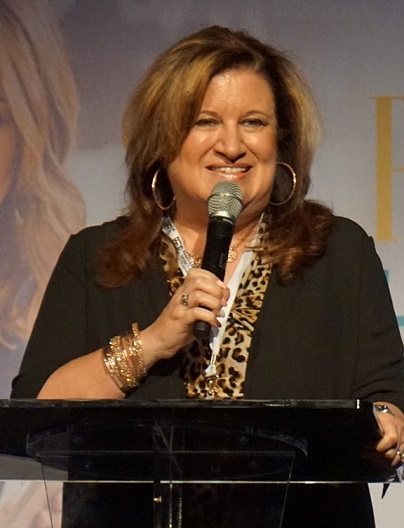 Today we’d like to introduce you to Deanna Doss Shrodes.

Hi Deanna, thanks for sharing your story with us. To start, maybe you can tell our readers some of your backstories.
After spending two months in foster care, I was adopted in 1966 in a closed domestic adoption. I reunited with my biological mother in 1993 and had many wonderful years with her until her death in 2013. However, she would not reveal the identity of my father, something I desperately longed to know. I searched for him most of my life — first in my mind but eventually through historical records, genealogy, and DNA. The most intense level of searching for him were the last ten years. So much time had passed, I prepared myself to face a grave and perhaps find siblings and cousins when the breakthrough finally came. At this time, I am 55 years old, and I believed my father to be in his late 80’s if he was still alive.

My biological mother took my father’s name to her grave in 2013. I’m a Christian, specifically a Pentecostal, and I believe God speaks to us today. I prayed, “God, you know I really believe in your power. You reveal things anytime anywhere by Your Spirit. We just have to listen to You! So, I’m asking you, give me the name!! During several fervent prayer times, I strongly sensed God tell me that my father’s name is Gus.

Back in 2012, I had DNA tested with all of the major companies. Unfortunately, nothing turned up except maternal matches and distant paternal Greek matches. (My bio-father is 100% Greek.) Since 2012 I have had a team of volunteer “search angels” as they are known in the adoptee community, assisting in my paternal search. Back in 2013, after hearing from God in prayer, I let my search team know that I wanted us to look for every Gus who lived in Richmond, VA in the 1960s. I apologized that some of them would possibly think I was sending them on a wild goose chase. I thought they would think we were wasting valuable time looking for “Gus” when I had nothing to go on but telling them, “God said so.” You see, a few of them were not people of faith. However, each person gladly did as I asked! No one laughed, and no one thought it was ridiculous. Even those who didn’t believe in God looked for “Gus”, out of respect for me. There are many who can verify this God/Gus situation and I have written documentation from that time about the same. We literally hunted down every Gus who lived in the Richmond area, within a 10-year age range of my mother. We DNA tested many of those men’s family members after I cold-called them and shared my situation and asked them to DNA test. The majority of them did it! I was amazed at the kindness of strangers!! There was no DNA match, but I made a lot of friends, some of whom I still keep in touch with today. I heard from more than one DNA expert that my case was extremely difficult, one of the most challenging to solve they had ever experienced.

In 2014, a year after my mother passed away, I contacted a close maternal family member and asked if they would reveal my father’s name to me. I thought maybe they would be more open to me now that she was gone and more time had passed. I was right. The answer I received was, “I can’t be sure…my memory is not what it used to be…but if my memory serves me correctly… I think his name was Gus.” I was so grateful for the confirmation of what God spoke, but it was still frustrating. We had already hunted every Gus in Richmond, Virginia down and DNA-tested people, and nothing had come of it. I didn’t know what more to do. Everyone else in my maternal family claimed they knew nothing. We faced proverbial brick walls at every turn.

It had been 10 years since that time, with no progress on DNA matches on the paternal side.

Wednesday afternoon, May 11, 2022, everything changed. was leading a leadership cohort meeting on Zoom, with guest instructor Pastor Stephanie Smith of Washington State. As part of her teaching, she said, “I want all of you to write a question to the Lord.” This was a private thing for all of us to write between us and God. Even though it’s been many years and thousands of days of searching, I never stop asking and praying. So, my first question to the Lord that I wrote on my paper was, “Will you please help me find my father?” Little did I know, one of our group members, Pastor Kristi Hahn, wrote, “Will you help Deanna find her father?” as her third question to the Lord. It’s a wonderful thing when your friends bring your concerns to God without you even asking.

When the leadership cohort wrapped up at 4 pm, I logged off of Zoom and a message from my friend and lead search team member Regina Zimberlin popped up. “Deanna!!!,” she said, “You’ve got a close paternal match on 23 and Me!” I quickly logged on, and sure enough, I had a Greek first cousin match!! Regina and Lynn Grubb (friend and lead search team member) were over-the-top with excitement. We quickly discovered through reviewing the details of the match that my new cousin and I matched on the “X” chromosome. “X” matches can only come from a male’s mother. They do have to be within a certain percentage on the X chromosome to qualify and our match was well within the range. As my match’s mother only has one brother, this instantly confirmed the identity of my father. (You do not need the actual father to test DNA in every case, to have a conclusive match. You can figure out paternity through testing other family members. We tested many family members over the years of Guses who had already passed away.) We could hardly wait to reach out to the match!

I had prayed to God countless times to help me find my father. Every Christmas Eve, my friend Gayle Lechner (who has been my right hand in searching for 10 years), and I would meet at the altar and pray for this during communion. And every year we would wistfully say, “Hopefully next year will be the year we don’t have to pray about this anymore!” What do I think is special about the “question for the Lord” that Pastor Stephanie had us write? For me, it is a perfect illustration that we should always pray and never give up! To keep asking, seeking and knocking! And get a few friends to do it with you!

I reached out online to Andre, my cousin DNA match and he quickly responded, calling me from Greece! We talked for hours!! He has always known about me. He has always known I existed but just didn’t know my identity. He filled me in on “the other side of the story” I had never heard but always wondered about. All the missing pieces came together in one conversation. And, are you ready for this???

My father is STILL ALIVE. He is 91 years old and still living in Richmond, Virginia. We have since done a paternity test and are a match. I met him in person for the first time on May 20. And oh yeah… my father’s name is GUS.

My husband Larry and I have already spent five days with Gus, and we have many visits upcoming in the works. Gus has already met all of our children and our granddaughter on Facetime. The first conversation we ever had he said, “I woke up this morning and it was just me. This afternoon, I have a daughter, son-in-law, grandchildren, and a great-grandchild.” I don’t know how much time I will have with Gus, but we will maximize every moment.

I’m sure you wouldn’t say it’s been obstacle-free, but so far would you say the journey has been a fairly smooth road?
The road to finding my father has been fraught with many challenges. After my mother passed away, taking his name to the grave, I took a 40-day leave of absence from work and entered eight months of therapy. I discovered at that time that I was suffering from complex trauma. Prior to this, I never even heard the term complex trauma. The pain I faced was not only due to the current situation of my bio mother’s death and her refusal to share my father’s identity, but other unhealed wounds. The completion of eight months of therapy changed my life. When my unaddressed wounds were healed, I was able to live and lead from a healthy place that I had never experienced before. This was important for me on all levels — in my marriage of 35 years, with our three grown children, other family and friendships, our church (my husband and I are both ministers), and within my work within our district where I serve as a director. I would not be the leader I am today without the benefit of a trauma-informed therapist.

Thanks for sharing that. So, maybe next you can tell us a bit more about your work?
I hold a Masters in Leadership from Southeastern University and a Doctor of Ministry also from Southeastern University. Presently I am the Women’s Ministries Director for the Peninsular Florida District of the Assemblies of God, overseeing the women’s area for 354 churches in the state of Florida. I am most known for investing in leaders and building leadership teams with a focus on leadership health. What sets me apart from others is my track record as builder of leaders and my reputation as a permission-giving leader. I believe the only reason anyone is given a leadership position is to help people. If we’re doing it for any other reason, we need to get out. I also hold a strong belief that a leader’s value is in the problems they solve — the solutions they bring to the table. Leadership is about eating problems for breakfast, not the perks we may receive. I am characterized by a strong belief in sacrificial leadership and doing whatever it takes to get the job done, and in such a way that honors the giftings and contributions of others.

I’m most proud of what those I have led have been able to accomplish, and the team I lead as a whole. It’s not players who win championships, it’s teams. I love investing in people and in teams.

Can you talk to us about how you think about risk?
I’m a calculated risk-taker. I take risks all the time…big ones. But they need to be the right ones. When our ministry/organization grew to the point where our conferences outgrew hotel ballrooms, we needed to take a step of faith and move to an arena. We wouldn’t grow further if we didn’t, but coming up with the finances for that was a risk. And, no arena would take less than a two-year contract. If it bombed the first year, we were stuck with doing it for another year. Three years ago, we met at the Daytona Ocean Center Arena for the first time and our fall conference was beyond all expectations. We would have had to turn hundreds of people away had we not made that move. This year will be our fourth year at the Ocean Center Arena.

I believe people and organizations who accomplish the most will always take risks. But as for me, I believe in taking risks as led by God. Hopefully, I’m always listening to Him and getting it right. 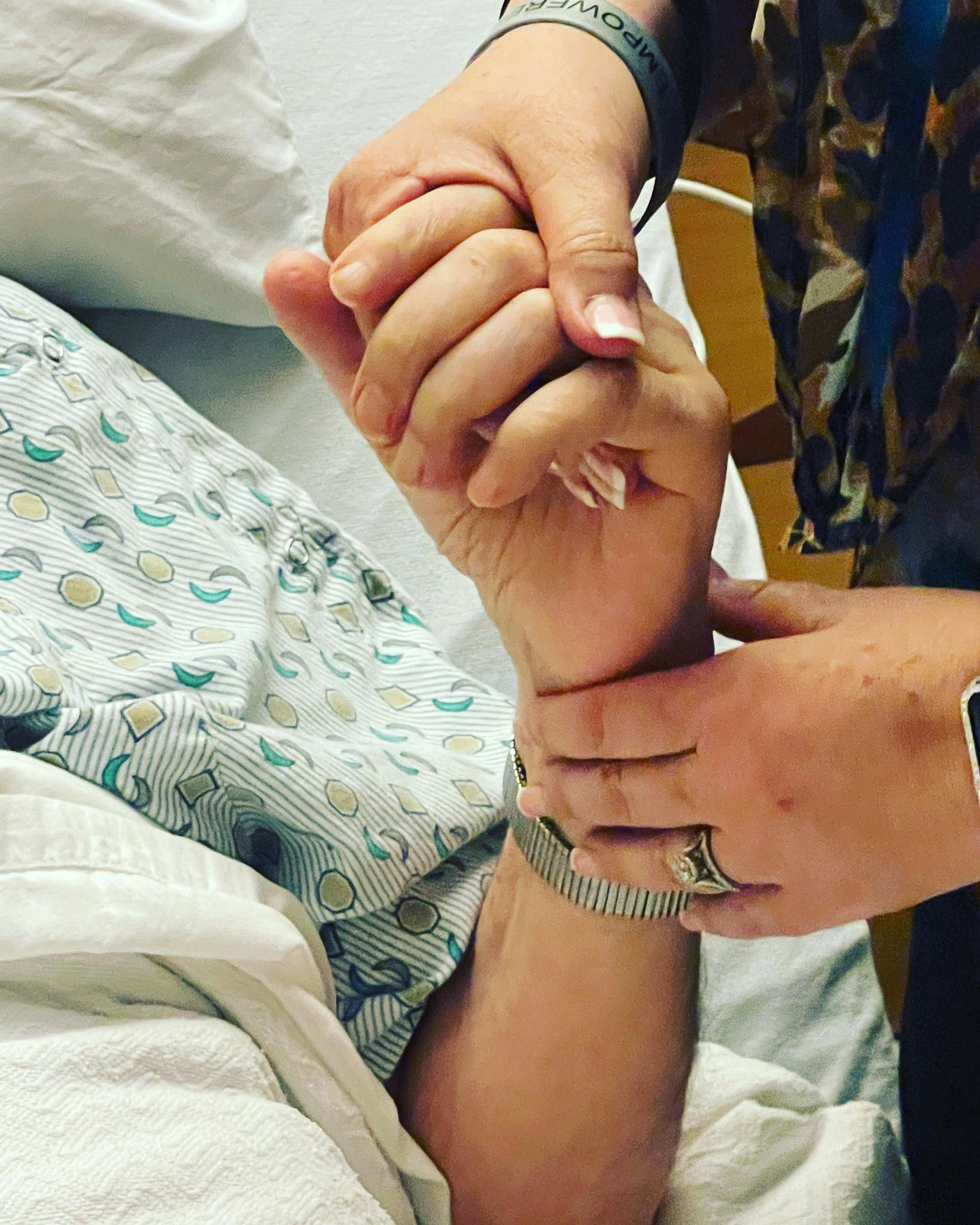 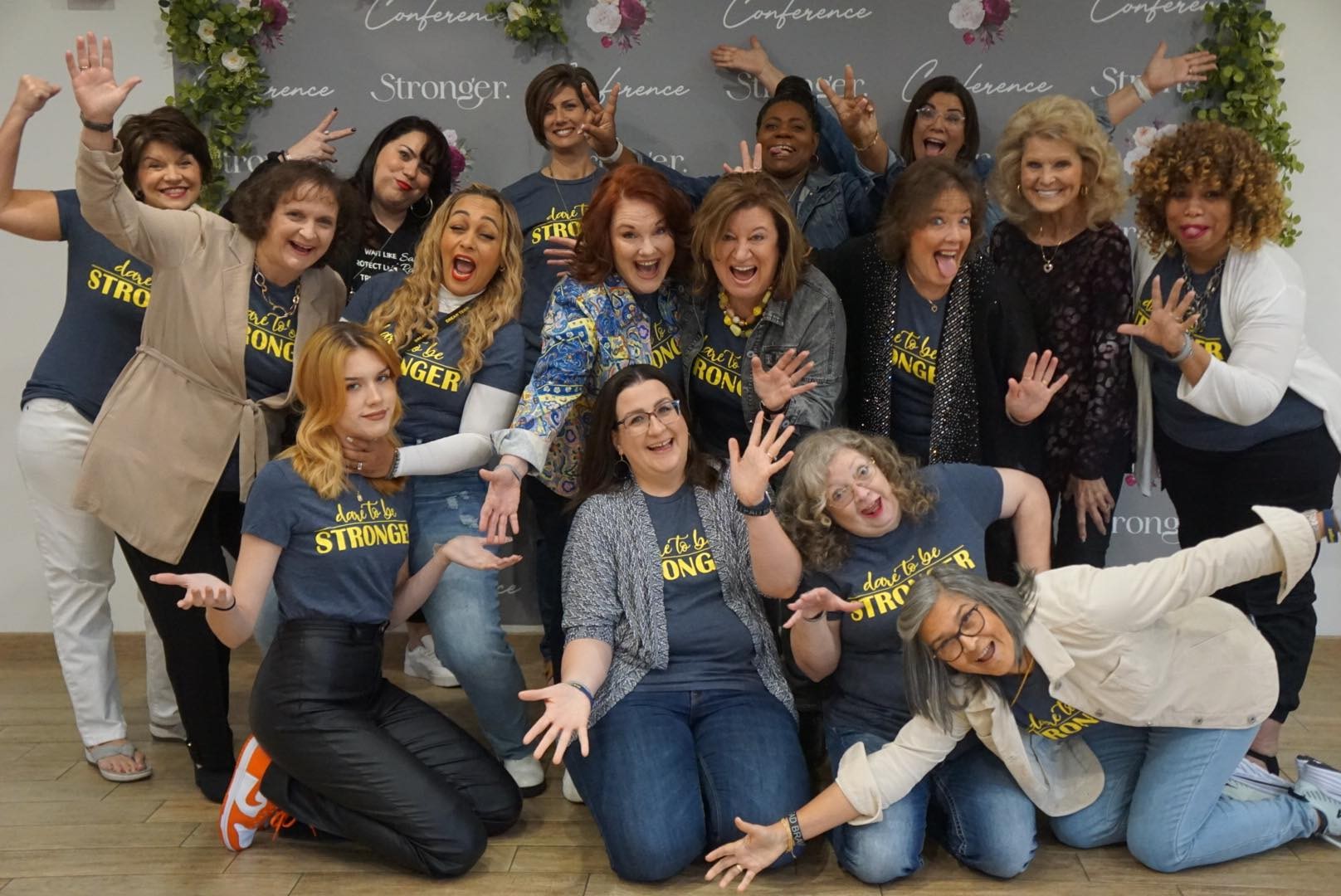 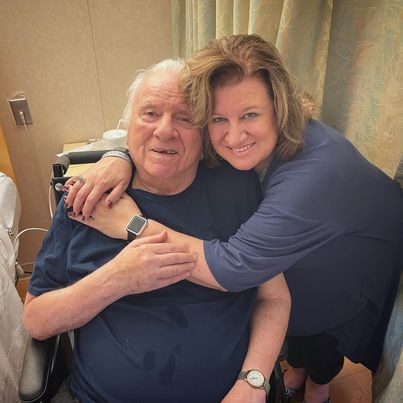 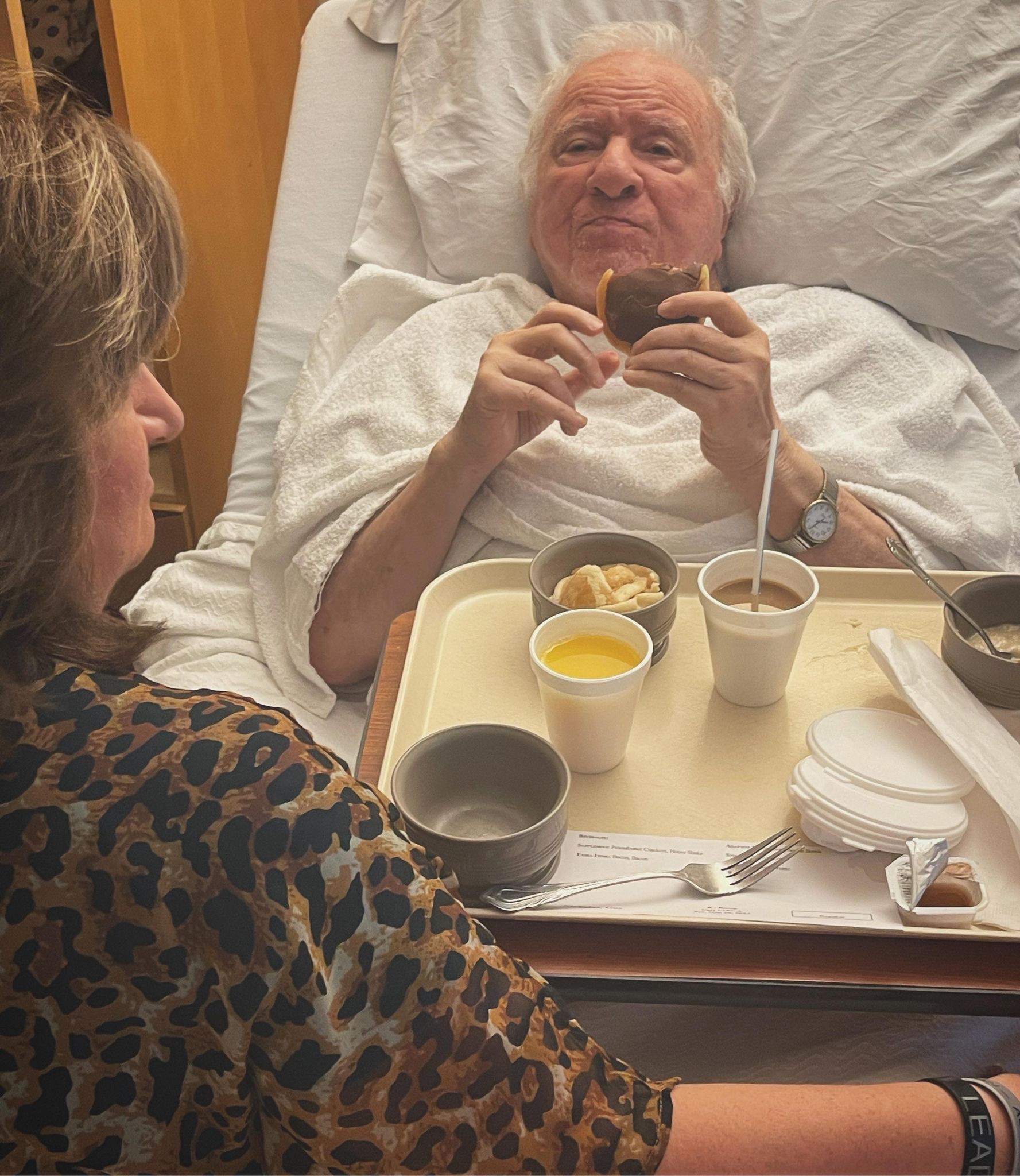 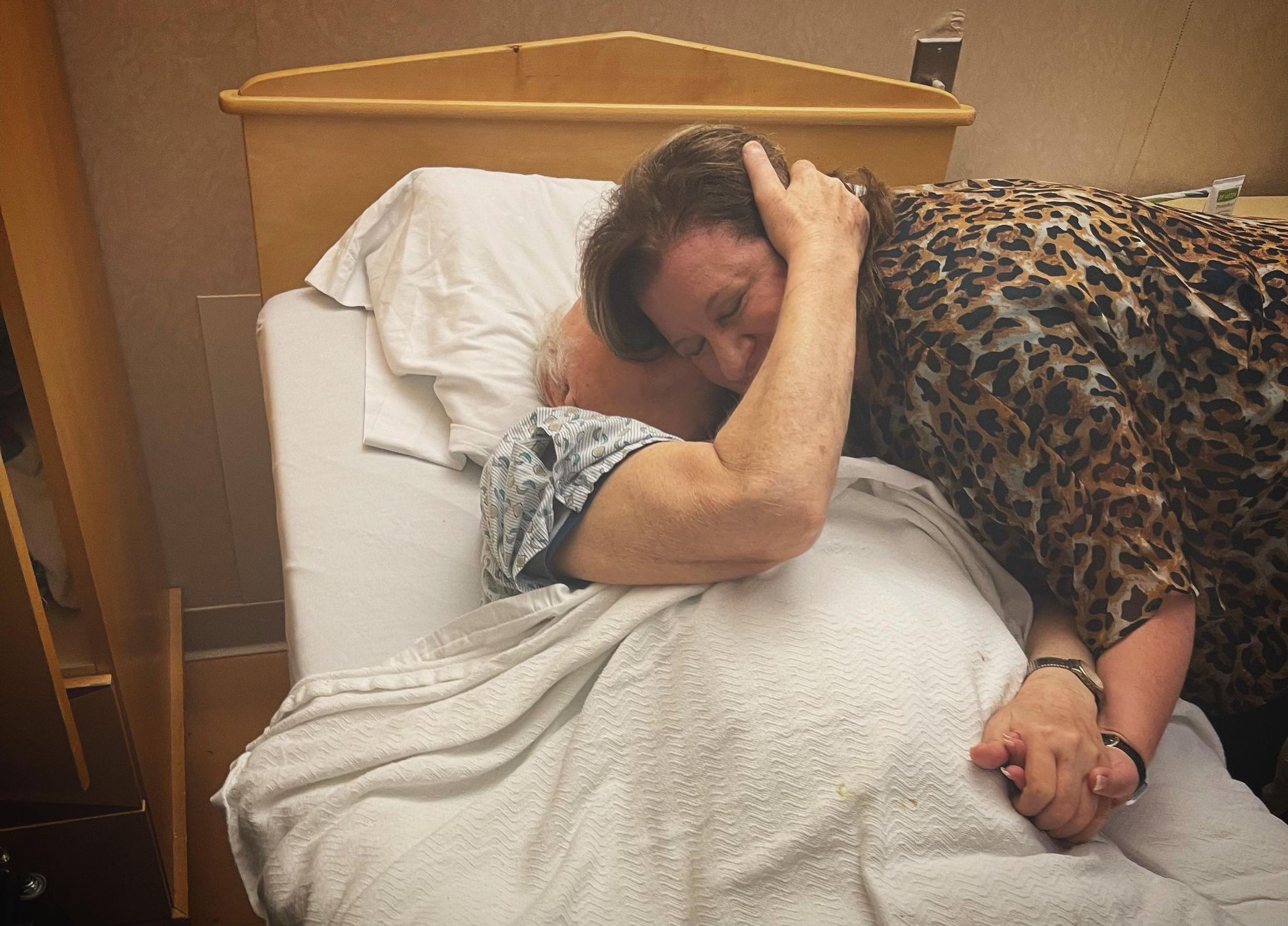 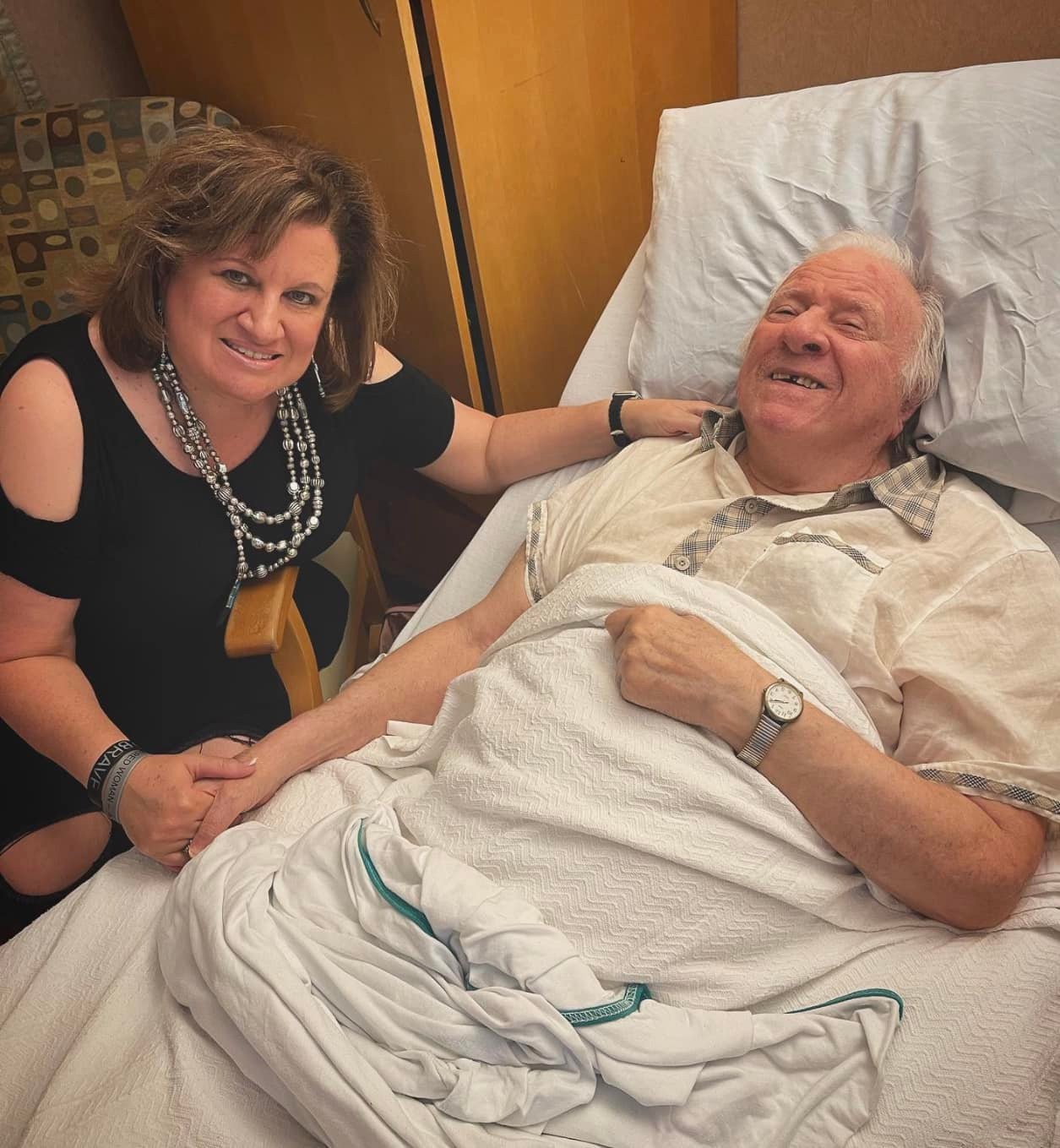